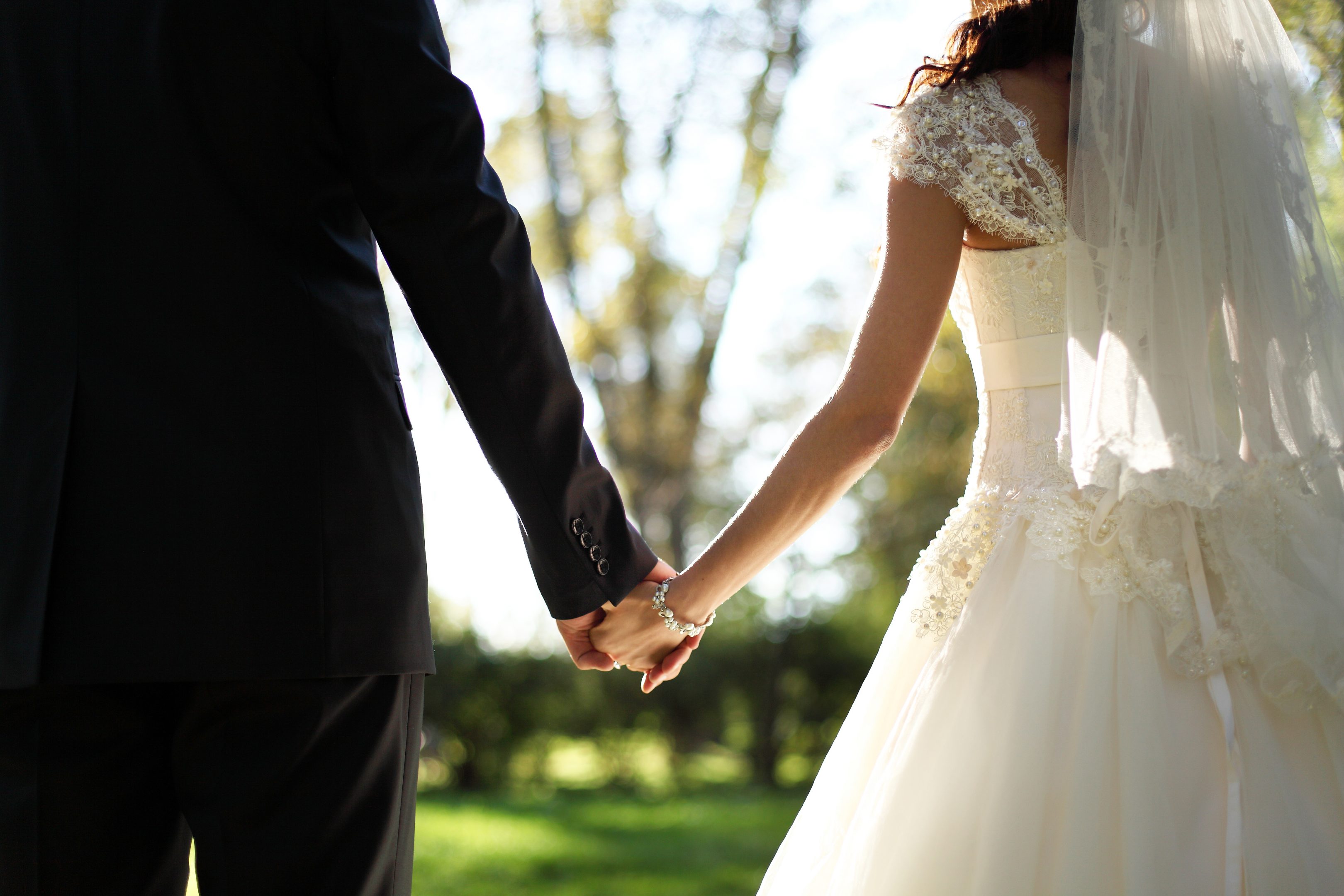 Why Conservatives Can’t Give Up on Marriage

It’s now been over seven years since Justice Kennedy handed down the Obergefell ruling, legalizing so-called “same-sex marriage” across the United States. Much like in the Roe ruling on abortion in 1973, the Supreme Court intervened in an ongoing debate happening across the country at the state level, usurping power that rightly belonged to said states, and poisoning the political well in our nation just a little bit more.

Many forget that just seven years before Obergefell, one of the most liberal states in our union, California, affirmatively passed a state constitutional amendment banning homosexual marriage. Despite this, Kennedy, and the rest of the judicial activist philosopher kings of the liberal wing of the Court, managed to pull a magical right to fake marriage out of the ever-present hat that is the Fourteenth Amendment. The sexual revolution comes at you fast.

Speaking of fast, so too has been the speed at which our culture has slid down the very real slippery slope that many conservatives predicted would follow a radical re-definition of marriage. Now we have drag queen story hour galore, men winning the national championship in women’s swimming, men pretending to be women who serve in some of the highest positions in our government, and the elective mutilation of young children being performed — celebrated even — at places like Boston Children’s Hospital.

Still, the left refuses to halt its all-out attack on this most sacred institution. Now, Congressional Democrats are advancing the deceptively named “Respect for Marriage Act.” The bill already passed the House and is awaiting action by the Senate; if passed, it would certainly be signed into law by President Biden. In an article highlighting a letter signed by over 2,000 pastors and faith leaders urging the Senate to reject this disastrous bill, the Freedom Center explained the danger of it like this:

“H.R. 8404 would not only codify the Supreme Court’s decision in Obergefell v. Hodges legalizing same-sex marriage, but would require states to recognize other states’ marriages, allow the Attorney General to pursue civil action against anyone who violates the legislation, and allow any other person who claims to be harmed by a refusal to follow this law to bring civil action.”

I bring all of this up in an act of realistic assessment. A good general must first be an honest one. There’s no use sugar-coating how much ground the madness has gained. At this point in the culture war, we are now, to borrow an analogy from Tolkien, huddled inside of Helm’s Deep hoping that Gandalf will arrive at the break of dawn.

Despite all of this, conservatives cannot give up on the fight for the one, true, and real understanding of marriage for at least three reasons.

1. God Will Never Compromise on Marriage

It would be hard to overstate how important marriage is in the eyes of our Creator God. Human history begins with a marriage, the crowning event of the new creation (Genesis 2:19-25). Jesus performed His first miracle at a wedding (John 2:1-12). And the redemption of our sin-swept world ends in a glorious marriage celebration, when Jesus Christ, the perfect bridegroom, is united with His blood-bought bride, the Church (Revelation 19:6-10).

Some progressive-leaning Christians try to argue that “Jesus never said anything about homosexuality.” But that’s just not true. When confronted by Pharisees trying to trap Him with a question on divorce, Jesus unquestionably affirmed the incontrovertible nature of marriage being between one man and one woman — for life. In Matthew 19:4-6, Jesus says:

“‘Haven’t you read,’ he replied, ‘that at the beginning the Creator “made them male and female,”and said, “For this reason a man will leave his father and mother and be united to his wife, and the two will become one flesh?”So they are no longer two, but one flesh. Therefore what God has joined together, let no one separate.’”

Look at those last four words from our Lord: “let no one separate.” Now, in this specific comment, Jesus is referring to divorce. But the larger principle applies to both: Marriage is meant to be understood and acknowledged as a permanent union (contra divorce) between one man and one woman (contra the same-sex mirage).  So whether it’s divorce or the redefinition of marriage, no one means no one. Not the Supreme Court. Not Congress. Not government. Not American culture or society. And certainly not a conservative political movement nor any Christians involved in politics.

Joe Rigney recently gave a fiery defense of marriage in his speech at the National Conservatism Conference. In it, he said:

“Despite the legal and cultural situation, we must continue to insist that marriage is the lifelong union of one man and one woman, for the purpose of companionship, mutual help, and procreation. It was established by God and is bound up with our obligations to our ancestors and to our posterity.”

As we can see from creation and learn from Scripture, God’s position on marriage is eternal and unchangeable. He will never compromise on it. Therefore, we cannot either.

2. Marriage is the Only Stable Foundation for Society

In Marriage Is: How Marriage Transforms Society and Cultivates Human Flourishing, Andrew Walker and Eric Teetsel argue that:

“Through marriage, God accomplishes his plan to fill the earth with generation upon generation organized into families that band together in communities to care and provide for one another. Marriage is the beginning of family, and family is the foundation of society. God created marriage because human beings need it to survive and flourish.”

They are right. Marriage is the means through which humanity fulfills the “dominion mandate” given by God to humanity, first in Genesis 1:28, “God blessed them and said to them, ‘Be fruitful and increase in number; fill the earth and subdue it’” and then again in Genesis 9:7.

Allow me to point out the obvious: Filling the earth with image-bearers (that is, children) is a task that can only be accomplished — as God intended — through the union of a man and a woman.

When marriage is confused and corrupted, nothing good follows. Man-woman marriage is a reality that God has woven into the fabric of the world as a guiding and mediating institution for human flourishing. Woe to those who try to tear up those stitches!

3. Compromising on Marriage Hurts Children the Most

One of the worst impacts of the cultural acceptance of fake marriages has been and will continue to be on children. They are the innocent victims, collateral damage in our culture’s descent into increased sexual debauchery.

God intends for children to have both a mother and a father. To subvert this natural order is to despise creation and fail to love our little neighbors. In their book, Them Before Us: Why We Need a Global Children’s Rights Movement, Katy Faust and Stacy Manning explain:

“As many of us traditional-marriage advocates predicted, the consequences of the Supreme Court’s decision to legalize gay marriage have not been restrained to the ability of any two adults to marry. The decision has led to the dismantling of children’s primal, ancient, natural right to their mother and father. It’s a worldwide phenomenon: Everywhere gay marriage becomes law, children’s rights suffer.”

They conclude in stark terms that “In the wake of the Obergefell case, there are no longer any governmental bodies that recognize that children should have a mother and father.”

Since this piece is about how conservatives must hold the line on marriage, consider how, even in the broader conservative movement, there are some large gaps in our defenses. We saw this on full display in a recent high-profile announcement by the “anti-woke” commentator Dave Rubin. Rubin is a gay man, who released a video claiming that he and his husband are “expecting” two children — children that will be the product of a rent-a-womb transaction. Writing for The American Conservative, Declan Leary lays out the consequences of welcoming this into conservatism:

“The normalization of homosexuality, and especially the normalization of homosexual parenthood, necessarily leads to the more radical gender ideology advancing from the left today. If men and women are perfectly interchangeable in sex, and in the role of a mother or a father—those things most closely tied to biological reality—then of course they must be interchangeable in everything else. The premises underlying the acceptance of L, G, and B logically lead to T, sooner or later.

A conservative movement that makes its peace with the former three will have to reckon with the latter—with all the torment and chaos it entails.”

The bottom line is that re-defining marriage hurts everyone, but it’s not unreasonable to argue that it hurts children the most. This angers God, who demands that justice must be shown to the most vulnerable: “…but whoever causes one of these little ones who believe in me to sin, it would be better for him to have a great millstone fastened around his neck and to be drowned in the depth of the sea” (Matthew 18:6).

The recent overturning of Roe v. Wade raises the question of the future of Obergefell. Just as the pro-life movement was birthed out of a response to Roe, Christians and conservatives must rally to ignite a pro-marriage movement that aims to undo Obergefell. We must realize, however, that we aren’t off to the best start. This was on clear display when 47 House Republicans voted for the disastrous “Respect for Marriage Act.” This political weakening must be addressed.

Regardless of political compromise or cultural headwinds, conservatives cannot give up on this issue. Why? Because God will never compromise on marriage, society depends on marriage, and children are hurt the worst by the redefinition of marriage.

As Rigney so boldly reminds us, “A conservatism that is unwilling to conserve the most fundamental institution of human society is worthless.” So, let’s not be worthless — and what God has joined, let no man, court, or culture put asunder.