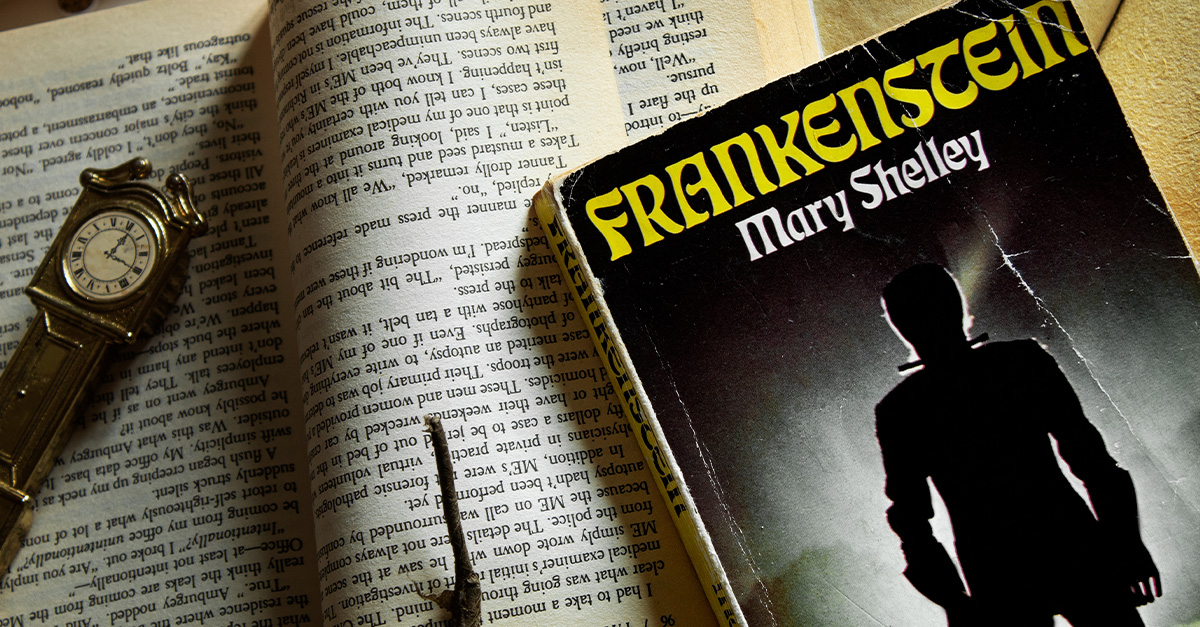 The Transgender Movement Brings the Horrors of Frankenstein to Life

In case you missed it, stomach-churning videos put out by Boston Children’s Hospital (BCH) are circulating on the Internet like mini-horror movies.

In these videos, supposed “medical professionals” calmly and coolly describe some of the most grotesque and ungodly surgical acts. They describe both destroying life by removing healthy and functioning sex organs and fashioning death — rebuilding fake and non-functioning “organs” of the opposite sex of the individual being put under the knife.

And let’s be clear — the individuals these doctors are talking about doing such horrendous things to are children.

By their own admission, “The Center for Gender Surgery at Boston Children’s Hospital offers gender affirmation surgery services to eligible adolescents and young adults who are ready to take this step in their journey. It is the first center of its kind in the U.S. in a major pediatric hospital setting.”

They say “first” like it’s a good thing. One can only pray it will also be the last.

What are these euphemistically named “gender affirmation surgeries?” They tell us:

Each and every one of these “surgeries” involves the destruction or removal of normal, healthy body parts, often followed by the attempted construction of fake organs of the opposite sex.

In one BCH video, a doctor describes, in graphic detail, the process of the “penial inversion vaginoplasty.” In this procedure, the doctors castrate a male, slice his penis, invert it, and then harvest the remaining skin from the penis and his scrotum to form a fake “outer and inner vagina.” Keep in mind, that while the website says they only provide genital surgery for those 18 and older, the website also says that they perform “gender surgeries” on “adolescents” and 15-yr-olds with parental consent. Yes, they’re mutilating minors.

It’s hard to type those words, let alone imagine such a destructive procedure. Yet in our transgender moment of madness, this is what counts as “care.”

May God save all our nation’s children from such cruel care. As Proverbs 12:10 reminds us, even “the kindest acts of the wicked are cruel.”

Dr. Al Mohler, president of Southern Baptist Theological Seminary, recently covered these videos in an episode of his podcast, The Briefing. He said these videos represent the ongoing “assault upon creation, the assault upon moral order, the assault upon the categories of male and female, and for that matter, just the entire sense of moral reality that is now being turned on its head.”

He’s absolutely right. Such surgeries are actually “assaults” — they are a “violent physical attack” on the person put under the knife.

Even more, they are an assault on God and the natural order of creation, brought about by the misuse of modern technology. Dr. Mohler also pointed out this underlying issue, arguing:

Indeed, these videos and the BCH website proudly proclaim their commitment to using technology for God-mocking evil ends.

These doctors remind me of another doctor who attempted such awful things, with similarly disastrous results: Dr. Frankenstein.

Published in 1818, Mary Shelley’s Frankenstein, or The Modern Prometheus, has been an enduring — if haunting — classic.

The story is well known, but permit me to repaint the broad strokes of the outline. In the book, we meet a young, prideful scientist: Dr. Victor Frankenstein. He is not content to limit himself to standard scientific endeavors and experiments. Instead, he desires to play God; he wants to bring life from the dead. In chapter two, a young Victor recounts that “the raising of ghosts or devils was a promise literally accorded by my favorite authors, the fulfillment of which I most eagerly sought.”

And eagerly seek this he does. He throws himself into the singular pursuit of making something come alive from stitched-together dead body parts.

Eventually, Dr. Frankenstein succeeds. He creates “the Monster” — an eight-foot-tall, hideous, but intelligent creature. Horrified by his success, Dr. Frankenstein flees. The Monster, equally horrified (at first) of his existence, flees as well.

The rest of the story is a twisted and murderous tragedy. The Monster takes revenge on Dr. Frankenstein, hunting him and even killing his wife, acting out in rage as he is unable to find peace or acceptance from society due to his disfigured and grotesque appearance. The Monster is alive, yes, but in no way is he fully human. Neither is Dr. Frankenstein, having parceled out pieces of his soul in the creation of the Monster and in the aftermath of such an “accomplishment.” The book ends with Victor dying, wishing that he could destroy the Monster. The Monster then announces that he soon intends to commit suicide and disappears into the night.

I’ve been increasingly thinking about Frankenstein and his Monster as a cipher for the transgender movement and, specifically, for the grotesque reality of what’s called “gender-affirming surgery.” But watching these videos — and reading accounts of the aftermath of those who regret such irreversible actions — recently drove this home.

The concept of “gender reassignment surgery” is nothing more than mankind trying to play God. These doctors at Boston Children’s Hospital have all the wild hubris of Dr. Frankenstein, and they are producing eerily similar results. Their work is leaving an increasing number of disfigured people to suffer forever in the wake of such prideful efforts, shuffling about this earth — scarred, confused, and hurting.

America has a real problem. A monster problem. But the monsters aren’t the poor children who fall prey to these evil scientists. No, the real monsters are the doctors themselves. It’s past time for our state and federal lawmakers to permanently ban these surgeries, shutter “gender clinics,” and protect our children from transgender madness and permanent mutilation.

Someone should have stopped Dr. Frankenstein in Shelley’s story — but no one did. We must learn the lesson and stop the versions we find haunting us in real life today.

Biblical Modesty: Should We Only Be Teaching Men to Control Themselves?