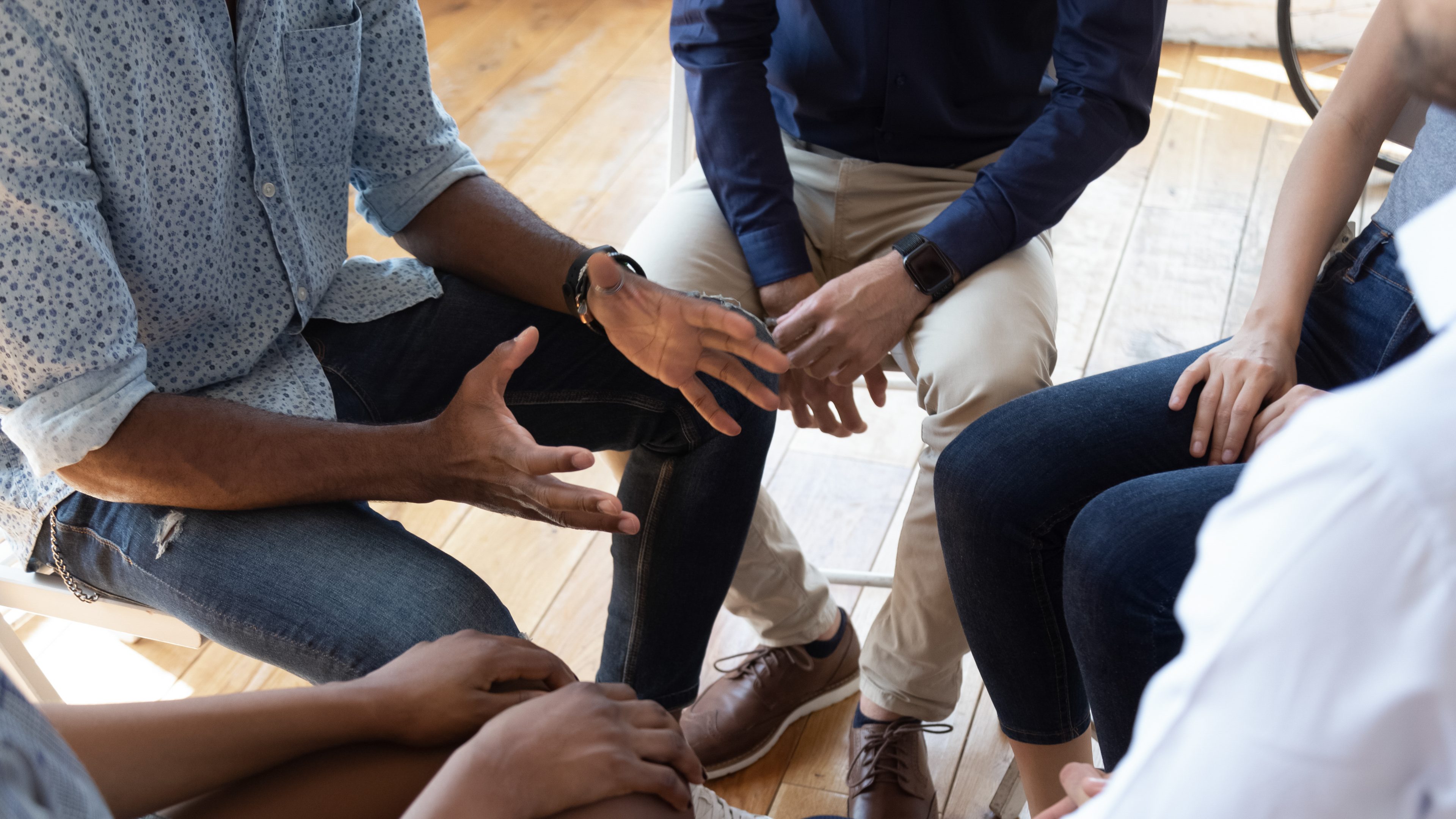 For decades, progressive politicians and activists have had a seemingly unbreakable grip on inner cities, particularly the minority communities who live there. However, as years of leftist policies and the push for identity politics has left these communities marred by drugs, violence, and broken homes, some are increasingly awakening to the left’s harm on minority individuals — and spreading the word to their communities as well.

DaQuawn Bruce is one of those men who is fighting to free his community from identity politics. Bruce is the executive director of Concerned Communities for America (CCA), a Washington, D.C., nonprofit that works to “unite the Black and Brown communities to develop a social consciousness of personal responsibility, hope, and prosperity, based on our shared values; AND to move the vote in Black and Brown communities away from radical leftist or so-called ‘progressive’ policies, and agendas that conduce only to our own destruction.”

Bruce recently spoke with John Wesley Reid, editor-in-chief of the Standing for Freedom Center, to describe the work CCA is doing and explain exactly how he got involved in the mission to educate minority communities on politics.

Having grown up in Chicago, Bruce went to church “Monday through Sunday” and was steeped in biblical values. Despite this grounding in Christianity, Bruce said he didn’t understand politics. He said that he grew up in the “blue bubble” of Chicago, and though his community had conservative values, all they knew of politics was from the left.

“It wasn’t until I got older and really got involved in politics,” Bruce said, “that I started to be awakened to the fact that a lot of these issues that matter to my community are being championed by Republicans,” such as having a faith-driven society.

Seeing the effects of leftist politics on minority communities, Bruce decided to get involved to create something that would build up those communities. CCA works to educate minorities on the harms of “progressive” policies, as well as those of related organizations, such as Black Lives Matter (BLM). CCA recently issued a pledge, notifying BLM’s corporate funders of the death and destruction that identity politics has unleashed on minority communities. CCA has also put out videos to not only educate corporations but to support police officers.

“Our end goal was to raise support for the men and women who put their lives on the line each and every day, specifically the black and brown officers who oftentimes are overlooked, not just by the police departments, but by the left and their desire to frame a narrative that isn’t true,” he said.

That goal has achieved some level of success as corporations who CCA called out have contacted them to let them know they support the work CCA is doing. Bruce said that over 3,000 individuals have signed a pledge to support police departments and police associations.

CCA is currently working to show the stories of those children and families who will be hurt by D.C. Mayor Muriel Bowser’s policy to ban unvaccinated students from attending public school. Bruce says that roughly 45 percent of black school-age children are unvaccinated. CCA will be going into the community to help share those stories and tell the mayor that these policies are harmful.

CCA’s work goes beyond simply calling out the negatives of progressive policies. It also works to create change by directly helping people in the communities. “You can spit facts and numbers at people all day, but unless those facts resonate with people in their core, it won’t really do much to change them,” Bruce said. As such, CCA partners with community organizations to achieve various pragmatic goals, such as helping ex-convicts get licenses to start their own businesses or learn a trade.

Bruce’s heart for service echoes throughout his life. As an example, he has gone on several foreign mission trips, including one to Lebanon where, he said, “I experienced God in a way that I’ve never experienced Him before, and that was really through service and seeing how the Spirit of the Lord resonates with people without words. Just through serving people, they can see the love and the light of God.”

Organizations like CCA are a powerful force for good as they seek to free minority communities from the false promises of the left. Progressive activists have ingrained support for leftist politicians despite the fact that their policies have led to the demise and ongoing misery of minority communities. By teaching those communities that conservatives hate them, progressives keep them ensnared as reliable voters for the radical left.

By going into these communities, showing them how progressive politics are incompatible with their values, and educating them on the ills of such policies, organizations like CCA are able to bring about real change. It’s easy to fall for a lie, but thanks to loving people like Bruce, individuals in these communities can know the truth.

Bruce and CCA teach us all something through their work by showing how identity politics has ingrained hate for one another based on political affiliation, skin color, or other classes. As Christians we mustn’t sit by and rail about how unintelligent or immoral people who vote differently than us are. Leftist ideology isn’t just political; it arises from the lies of Satan. But those deceived by it are never outside the reach of Christ’s love and salvation. As James 5:19-20 advises us,

“My brethren, if any among you strays from the truth and one turns him back, let him know that he who turns a sinner from the error of his way will save his soul from death and will cover a multitude of sins.”

It is imperative that we remember that just as a lost person needs Jesus to know the truth, a person ensnared by any of the Devil’s lies are also in need of help. Whether that person believes in Christ or not, whether they share our political views or not, it is our job to speak the truth, most especially the Gospel truth, to all those who follow a lie. 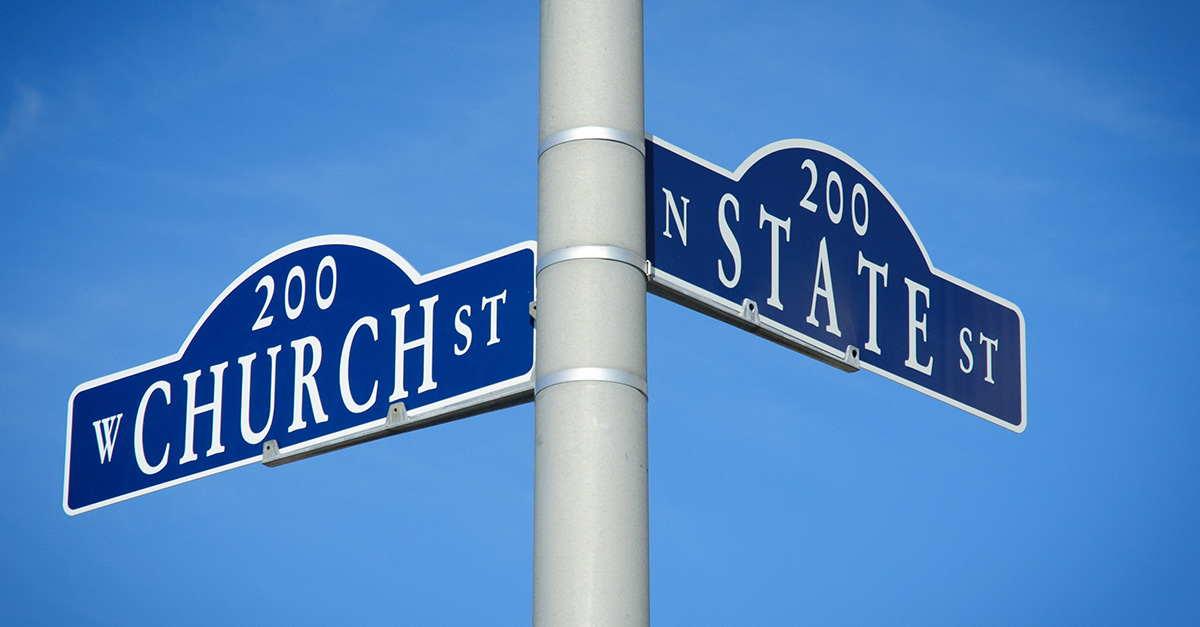 The Seduction of Statism — and Why the Church Must Hold Fast