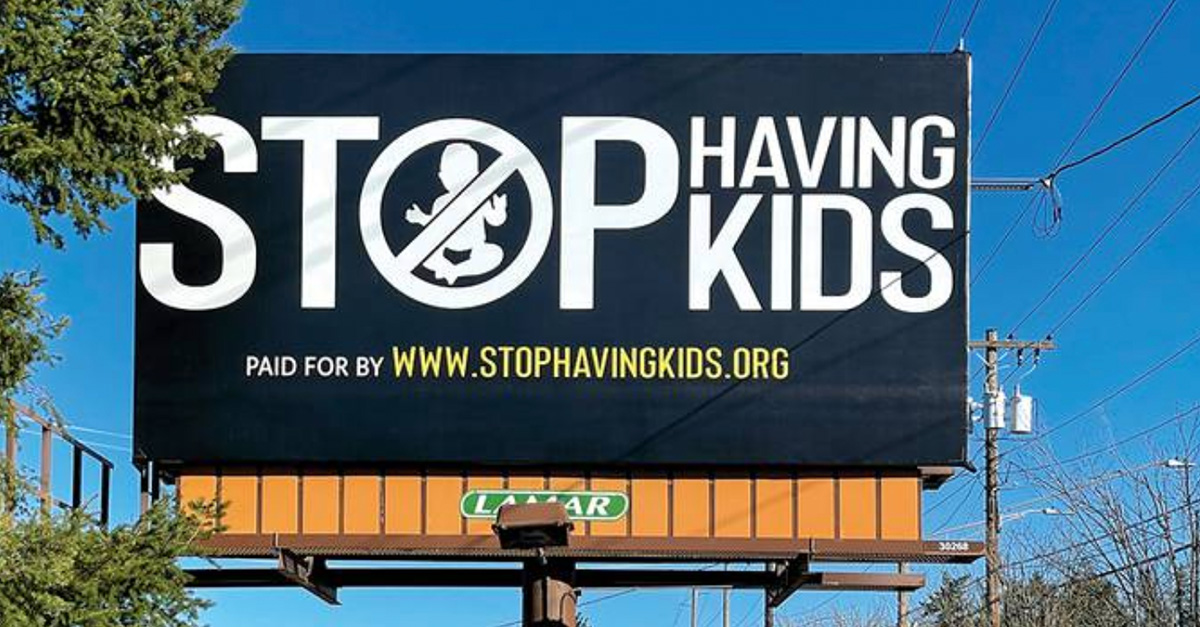 The godlessness of the ‘stop having kids’ movement

This is the namesake of a new activist group out of Portland, Oregon, responsible for funding billboards and signage around the city to advertise their message.

The radical left has been on an anti-life campaign for years now. We’ve seen it grow more extreme over recent years as they advocate for late-term abortion and even infanticide. This, however, might be the curtain finally falling on the “pro-women’s health” facade they’ve been hiding behind since Roe v. Wade. It’s not enough for women to just slaughter their unborn children in the womb — the left wants you to stop having kids altogether.

Some of the key messages of Stop Having Kids include:

“A lot of humans wish they were never born”

“Life may be worth continuing, but is it worth starting?”

The group is exactly what you would expect it to be: a pro-abortion, anti-natalist, anti-capitalist, nihilist, feminist, climate alarmist assembly of radicals claiming that “it is a moral imperative” that they “minimize and prevent” as many new lives as possible.

“Antinatalists consider human reproduction (besides some exceptions, such as force) an irreversible, unnecessary, indefensible, and enduring form of harm, regardless of circumstances, situations, or consciousness in living.

Antinatalists seek to radically reduce suffering and environmental destruction in the world. Refrainment from creating new life is the most efficient and effective means of minimizing suffering for all current and future sentient beings….Nobody can have a child for the child’s sake, because in non-existence there’s no desire to exist or ability to consent to existence.”

Stop Having Kids argues that we should stop growing our families and having children because of the suffering and destruction in the world. Their examples of suffering include sexual violence, loss of freedoms, lack of privacy, the climate crisis, scarcity, birth defects, and, most ironically, “eternal dissatisfaction” and “risking Hell.”

This is the rotten fruit produced by a godless worldview.

Godlessness consistently reveals an incorrect understanding of the world around us, and it only ever results in destruction. Godlessness foolishly redirects worship from the Creator to the creation, trusting in your own human ability rather than God’s. Because godlessness abandons the truth of God for a lie, it inevitably sends you on a vicious, never-ending cycle to find fulfillment, only resulting in more suffering and more destruction.

However, Stop Having Kids correctly observes that there is suffering in the world. But instead of attributing those things to the real problem — sin — Stop Having Kids points the blame at image-bearers. Their offered solution to avoid death and destruction is to avoid human existence altogether, which can only lead to more death and more destruction.

It’s clear that the people involved with Stop Having Kids have a thirst that they desperately desire to quench, but their commitment to a godless worldview will never let them drink from the Fount of Living Water.

There is a solution to the suffering of the world, though, and it doesn’t have to result in human beings depriving themselves of their natural, God-given desire to bear children.

Death, destruction, disease, and suffering are not products of bearing children — but the product of sin. Having fewer kids and limiting procreation won’t actually change the depraved state of the world, and it won’t change that we are eternally condemned to death for the sins we have committed against a righteous and holy God.

What will change our depraved state before God, though, is Christ.

Sin entered the world the moment that Adam and Eve disobeyed God, and with that was brought a curse to all of mankind. From that point forward, man would be marked by his disobedience to God. Every trial, tribulation, and suffering we would endure is a result of sin and our sin nature. We are faced with an eternity of death and destruction because of our own disobedience to God.

But the same God who is just in His punishment of sinners is also rich in mercy. He sent His Son, Jesus Christ, to be born of a virgin, without sin, so that He would be perfect in His obedience to the Father. He walked this earth and lived a perfect, sinless life — one that we could never live. In His perfect obedience to the Father, He hung on a cross where He bled and died under the wrath of God. He suffered on the cross in our place, taking our sin upon Himself and bearing the burden of God’s wrath that should’ve been unleashed on us. He was buried, and after three days, He defeated death and rose from the grave. He ascended into heaven where He sits at the right hand of the Father, and He will one day return to earth to judge the living and the dead.

By calling for the elimination of that which God called “very good,” Stop Having Kids is in open rebellion against God. In their venture to end human suffering, they are only placing eternal suffering upon themselves and encouraging others to do the same.

Deciding not to have children will not make a person righteous. What will, though, is faith in the work of the Risen Christ. 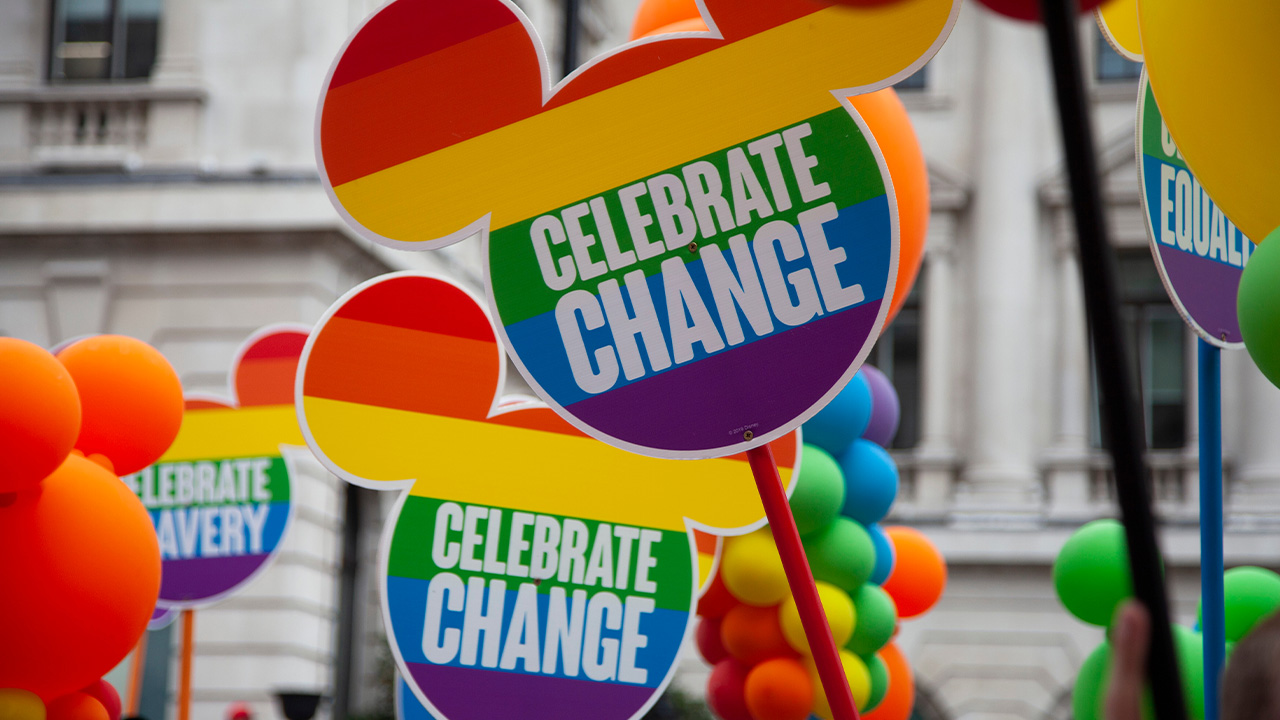 Brave New Disney World: The Most Tragic Place on Earth