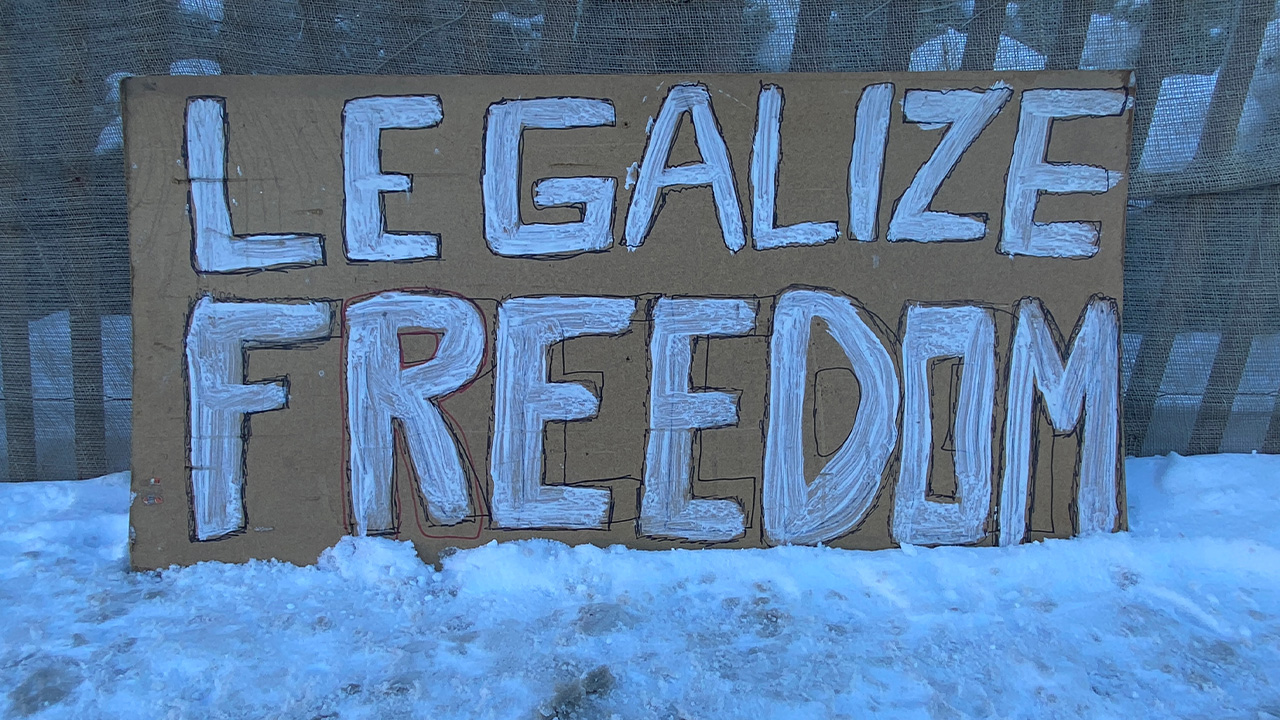 Despite the fact that Canada is no longer operating under the Emergencies Act that Prime Minister Justin Trudeau invoked to violently shut down and disperse peaceful Freedom Convoy protests in Ottawa and other locations, the Canadian government continues to harass peaceful Canadian citizens and restrict and deny them their human rights to free expression, due process, protest, and other protections outlined under the Canadian Charter of Rights and Freedoms.

For example, Pastor Artur Pawlowski, who has dramatically accused the Canadian and Albertan governments of acting like communists and fascists, was arrested in early February for giving a speech to Freedom Convoy protesters. The government claimed his speech was an incitement to violence, though Pawlowski told the truckers to remain peaceful like Polish protesters did during the Solidarity Movement. Last week, Pawlowski was finally granted bail for those charges, but he continues to be held on probation-related charges.

Pawlowski, who has now been imprisoned for nearly 50 days, will remain in jail as he awaits a bail hearing on the other charges.

If he is ever released, Pawlowski’s bail for speaking at the Coutts protest along the U.S.- Canadian border will have to adhere to several conditions, in addition to paying fines. He must obey a 7 p.m. to 7 a.m. curfew, attend court, check in with his probation officer, and refrain from attending any protests.

Meanwhile, Randy Hillier, a member of the Ontario Provincial Parliament and a supporter of the protestors, is out on bail after turning himself in yesterday on protest-related charges. The charges included “two counts each of obstructing a public officer, counselling mischief and mischief/obstructing property over $5,000, obstructing a person aiding a peace officer, assaulting a peace or public officer and counselling an uncommitted indictable offence.”

Police said that they started the investigation after “multiple complaints about social media posts and other activities of an individual as part of the ongoing illegal protests.” Hillier said, “We know that they’re all related to my opposing views that I expressed very often at the Freedom Convoy, at the truckers’ protest. Most of them are what I would call mischief-related and obstruction-related.”

He denied assaulting a police officer, saying, “I had thousands of interactions. I only ever greeted people in with love and affection and embraces and handshakes. Unless handshakes and warm embraces are now considered assault…I have no idea.”

He is also facing charges due to a protest he organized last year that could result in 25 years in jail and $2.5 million in fines. Hillier said, “Differing and dissenting views are now apparently criminal. So that’s a disturbing trend.”

Barber and Billings were arrested and released on bail immediately, but Lich was held for nearly three weeks before being granted bail with strict conditions, including restrictions on her social media access, which the Canadian Justice Center for Constitutional Freedom contends is a violation of her rights to free speech. King remains in jail.

Local governments also continue to clamp down on the ability of the Freedom Convoy to assemble and petition their government. The city of Calgary announced on March 25 that an injunction on protests had been implemented. The injunction prevents “blocking of traffic on roads and sidewalks, walking in the middle of the roadways,” activity in a park using amplification equipment, commercial activity in a park, and the “unnecessary sounding of horns” or “other noise making devices.” Despite this, hundreds of Canadians have continued to protest around the courthouse.

The representatives of other countries recently condemned Trudeau’s handling of the protests, going so far as to describe him as a dictator and a lackey of the Chinese Communist Party (CCP). Croatian MEP Mislav Kolakusic tweeted, “PM Trudeau, in recent months, under your quasi-liberal boot, Canada has become a symbol of civil rights violations. The methods we have witnessed may be liberal to you, but to many citizens around the🌎it seemed like a dictatorship of the worst kind.”

German MEP Christine Anderson called the prime minister a “disgrace for any democracy” and asked that he spare the Parliament his presence. Anderson added, “A prime minister who openly admires the Chinese basic dictatorship, who tramples on fundamental rights by persecuting and criminalizing his own citizens as terrorists just because they dared to stand up to his perverted concept of democracy, should not be allowed to speak in this house at all.”

COVID has transformed Canada from a relatively free country into one of lockdowns, restrictions, and limits on individual liberty. Now dissenters are arrested for their speech or nonviolent protest.

In recent weeks, our own government routinely tells us that the war in Ukraine is an existential battle between freedom and tyranny, but at the same time, our leaders have refused to condemn Canada’s authoritarian activities to the north and is itself encouraging or allowing ongoing efforts in this country by law enforcement agencies, government bureaucrats, and Big Tech proxies to target American citizens and shut down any and all dissent.

The U.S. had its own trucker convoy travel to the D.C. area to protest vaccine mandates and government overreach. The U.S. Department of Homeland Security, however, took a page out of Canada’s playbook and pre-labeled that group of protesters a national security threat, enabling it to set up blockades and prohibit almost all of the peaceful protesters from assembling inside the capital city and exercising their First Amendment right to petition their government.

As Canada has shown, freedoms don’t always disappear suddenly and dramatically; instead, they disappear little by little as people fail to notice creeping infringements on their liberty and thus fail to act. As hard as it is to fathom, there is a point when it becomes too late. If Americans aren’t careful to learn what Canadians have learned the hard way, they too could end up subjects of a power-hungry government with no respect for individual freedom or individual rights. 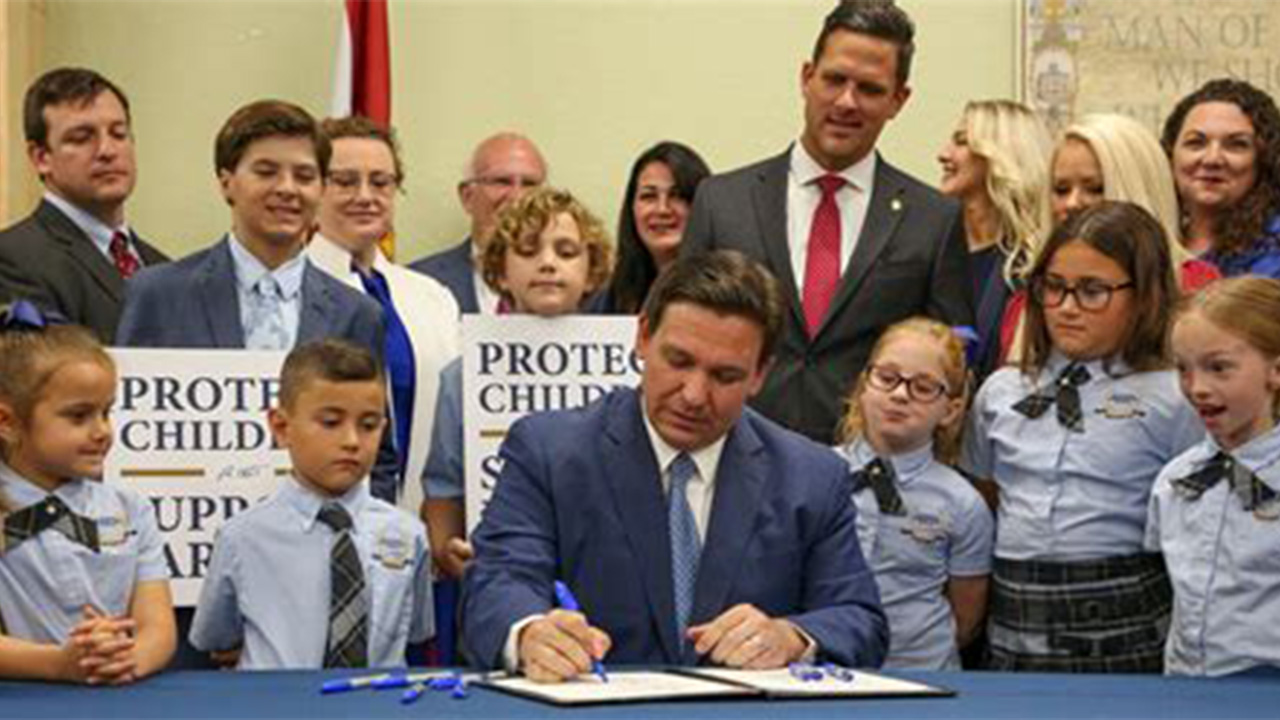