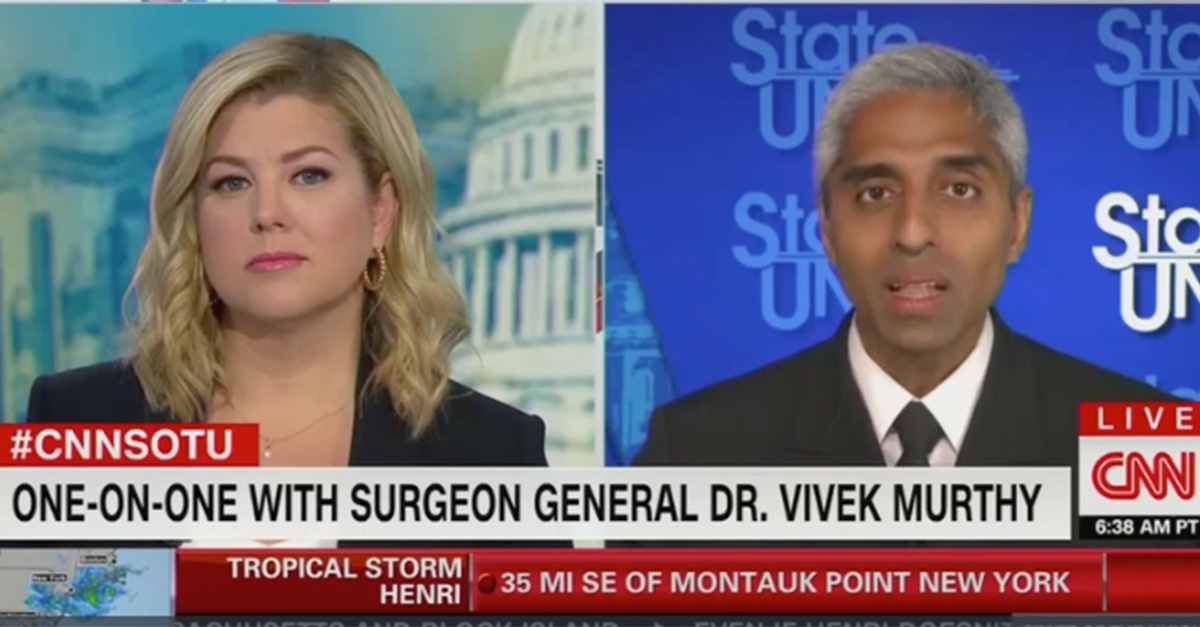 U.S. Surgeon General Dr. Vivek Murthy has issued the latest Biden administration criticism of Big Tech and what he described as a failure to stop the spread of “misinformation” about the COVID-19 pandemic on their platforms.

Speaking with CNN’s Brianna Keller over the weekend, Dr. Murthy pointedly voiced his concerns about the “profound cost of health misinformation,” declaring that although misinformation has spread through social media for years, “the speed, scale and sophistication with which it is spreading and impacting our health is really unprecedented.”

This, he continued, is happening “largely and in part, aided and abetted by social media platforms.”

Although he praised Big Tech for having done “some things” to mitigate this informational scrouge, Murthy declared it was simply “not nearly enough.”

“There are people who are super spreaders of misinformation,” he declared, and that “there are algorithms, still, which continue to serve up more and more misinformation to people who encounter it the first time. These are things that companies can and must change. And I think they have a moral responsibility to do so quickly and transparently.”

This summer, President Joe Biden told reporters that Facebook was “killing people” by failing to stop the spread of misinformation, and White House Press Secretary Jen Psaki revealed during a briefing that the administration, with Murthy’s guidance, was flagging “problematic” posts for the platform.

Earlier this month, Murthy told CNN’s Reliable Sources that no one has “the right” to “irresponsibly spread” COVID-19 “misinformation.”

It is already highly concerning that a handful of massively powerful private companies have the ability to control the free flow of information conveyed by private citizens, elected representatives, news organizations, state and local governments, doctors and scientists, small businesses, and other corporations.

It is even more so that after a decade of recognizing the bias with which Big Tech appears to exercise its unprecedented power, we now see the Biden administration frequently pressuring the platforms that are already using the federal government’s guidance on COVID-19 to further mitigate what they deem to be misinformation.

While there has always been bipartisan concern over the ability and willingness that Facebook, Twitter, and Google possess to restrict free speech, now other major and powerful voices within the federal government have made major moves to pressure Big Tech to increase censorship.

It is certainly understandable that the government response to a public health emergency would include some acknowledgement of patently false information circulating about the virus and its proposed treatment options.

What flirts in the realm of actual federally backed thought control is that what is considered “misinformation” is highly subjective itself, and that there is disagreement within even the scientific community itself over the impact of the virus and the legitimacy of different treatment options.

Posts that raise questions about the safety of the COVID-19 vaccine are flagged by Big Tech, when authoritative bodies have recognized that adverse reactions can and do occur, and people can read for themselves the tens of thousands of reports filed with the CDC’s own Vaccine Adverse Event Reporting System (VAERS). Posts that float the potential efficacy of drugs like hydroxychloroquine or ivermectin are also flagged, yet these are often touted as effective treatments by actual physicians who are successfully caring for COVID patients.

For a year, social media platforms removed posts that claimed the virus escaped from a Wuhan lab — only to quietly reverse the policy restricting them once the theory gained more support from the scientific community and Washington D.C. alike.

Clearly, there are major problems with the way that Facebook, Twitter, and Google have opted to “stop the spread of misinformation.”

So, what are we to think when the federal government is loudly insisting that these platforms do more to censor Americans in the midst of a highly controversial and contentious debate over pandemic policy and mitigation efforts?

If the federal government thinks there is too much misinformation, then they should try a lot harder to answer legitimate questions, provide extreme transparency, and provide more specific and quality information to counter that misinformation. Instead, they call for mandates, shut down investigations, belittle critics, and demand more censorship. This approach is not only un-American and un-scientific, but it will only garner even more mistrust of the government’s efforts to address the COVID pandemic. 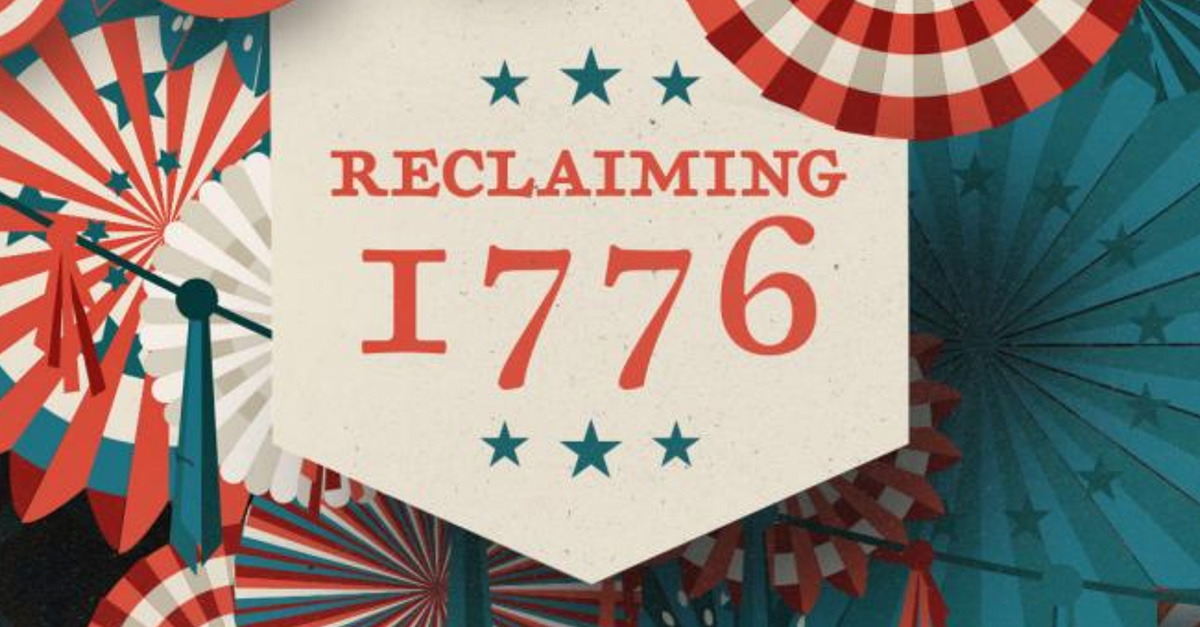