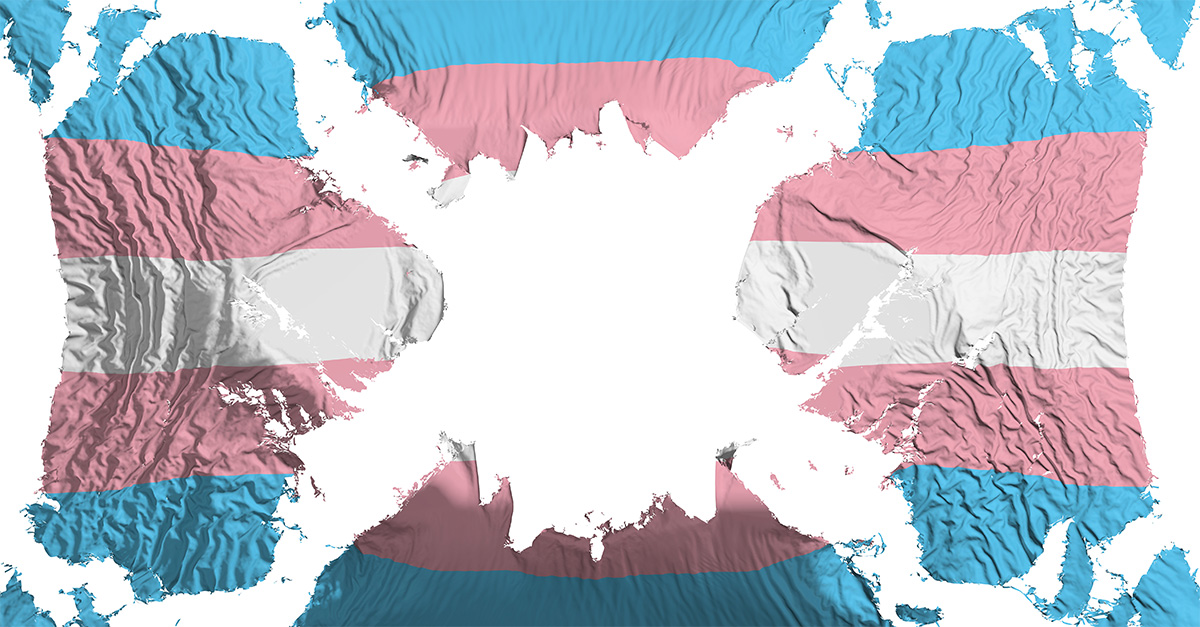 How the Transgender Movement Hurts Everyone

In the last year that I’ve been regularly writing for the Standing for Freedom Center, it seems that one particular topic is on the front burner of our cultural conversation almost every single week. With every refresh of the news cycle, there’s a new, awful, and amazingly worse-than-the-one-before story about this one issue.

What is it? Transgenderism.

It’s the cult of the reality-defiers and body-destroyers. It’s puberty blockers and hormones given to teenagers who can’t legally buy cigarettes. It’s image after image, video after video, of grotesque perversion. It’s forearms that have been harvested for their skin, skin put to the service of creating fake and almost entirely useless sex organs under the euphemism of “gender-affirming surgery.” It’s stories about brave Christians and truth-tellers losing their jobs or even going to jail for refusing to participate in the hallucinatory lie of using false pronouns. It’s adult male Dutch soccer players pretending to be 15-year-old-girls. It’s doctors posting on Instagram in celebration of performing double mastectomies on healthy teenage girls.

“My team and I have been investigating the transgender clinic at Vanderbilt here in Nashville. Vanderbilt drugs, chemically castrates, and performs double mastectomies on minors. But it gets worse.”

It gets worse. Of course, it does. The transgender issue will keep getting worse until we put an end to it.

Christians, conservatives, people of all faiths, and basic reality-respecters need to realize this: When man tries to play God, we unleash the Devil. And the Devil knows no line he won’t cross. This entire transgender project is one torturous descent into a living hell for the countless thousands who have been ensnared by its agenda. As was the repeated refrain in The Silver Chair by C.S. Lewis, “Many sink down to the Underworld. And few return to the sunlit lands.”

Yet there are some stories of those who return to the sunlit lands of reason and re-embrace living in the body that God has given them. You can watch one such testimony here.

Still, I fear far more people think that the transgender movement does little harm outside of a few shocking stories. Or, if it is harming people, it is only harming a few people — and many of those individuals perhaps willingly chose to pursue a transgender lifestyle or opted for elective surgery.

But the truth is that the transgender movement harms everyone. Here’s why.

It Undermines the Truth

The entire concept of transgenderism is built on a lie. You cannot change your “gender.” Gender isn’t even the right word for it — what we are really talking about is biological sex. The proper name for this insane theory is “transsexualism.” Gender is an ill-defined concept invented to drive a wedge between people’s embodied sex and their personal presentation of their “identity.” This gave rise to the idea that you could be a biological male but have the “gender identity” of a female, or vice versa. I’m drastically oversimplifying this concept, but that’s the basic gist.

The truth that transgenderism so desperately tries to suppress is that it’s impossible to change your gender because it’s impossible to change your sex. Period. It has never happened and it will never happen. You’ve never really met a “transgender” person and you never will. Jesus guarantees that in Matthew 19: “Have you not read that in the beginning, he made them male and female?”

But because transgenderism is built on a lie, it demands more lies to ensure the continuation of the regime. This is why we now have “preferred pronouns.” And why Twitter is kicking truth-tellers off of their platform for correctly pointing out that Lia Thomas is a man.

Not that they needed to.

As Ryan Anderson wrote back in 2018, “As new gender ideologies are promoted throughout America, their lies will impact not only those who suffer from gender dysphoria but all children who need to mature in their self-understanding as a boy or girl, man or woman, a potential husband or wife, father or mother.”

When transgender lies are taught in public school classrooms across the country, every kid who hears them is negatively impacted. Even those who never undertake an attempt to live as the opposite sex are still hurt.

One way to understand the phenomenon of transgenderism is as a product of social engineering. I’ve heard firsthand testimonies from public school teachers who have observed that it’s now considered “cool” to come out as homosexual or transgender. It’s as unsurprising as it is sad; because of how our society has been conditioned to celebrate and reward displays of “authenticity” and being “true to oneself,” there is now a deadly positive feedback loop for “transitioned” teens.

At the same time, a tsunami of de-transitioned adults is building in the form of thousands of children who suffered irreversible damage from chemical or physical mutilations undertaken in a Quixotic effort to transition. What will we have to say when they come to us, demanding to know why they were ever allowed — even encouraged — to make such choices at such a young age in the first place?

That’s why Christians must be on the front lines of this fight, seeking to “Rescue those being led away to death; hold back those staggering toward slaughter” (Proverbs 24:11). Because if we don’t, as the next verse warns us, God will hold us accountable: “If you say, ‘But we knew nothing about this,’ does not he who weighs the heart perceive it? Does not he who guards your life know it? Will he not repay everyone according to what they have done?” (Proverbs 24:12).

Genuine believers will never be able to support transgenderism. True followers of Christ know that they must speak the truth, no matter the consequences. We must not be naïve — the transgender movement is one of the greatest threats to religious liberty in decades. If something like the Equality Act were passed, pastors and churches who refuse to bend the knee to the cultural Baal of transgenderism very likely could be shut down or sued into oblivion.

Because progressives have redefined “harm” to mean “anything that doesn’t entirely affirm my lifestyle and choices,” simply preaching the truth about how God made mankind as men and women might be labeled hate speech. Bible studies on the Book of Romans would be out of the question, considering that in the very first chapter we read that “For this reason, God gave them up to dishonorable passions. For their women exchanged natural relations for those that are contrary to nature; and the men likewise gave up natural relations with women and were consumed with passion for one another, men committing shameless acts with men and receiving in themselves the due penalty for their error” (Romans 1:26-27).

If the transgender movement triumphs, it won’t be a benevolent dictator. Christians will be labeled as bigots, churches closed, and Christian organizations run out of the public square.

Can we all pause for a moment and recognize just how incredibly fast and slippery the slope was from “Call Me Caitlyn” to Vanderbilt’s transgender clinic? But this is how sin in society works. When left unchecked, it will reach terminal velocity in no time.

Jesus warned His disciples against the false teachers of their day, and against accepting even the smallest portion of their sinful ideas: “‘Be careful,’ Jesus said to them. ‘Be on your guard against the yeast of the Pharisees and Sadducees’” (Matthew 16:6). Paul gives both the church at Corinth and in Galatia the same advice: Watch out for the “yeast” of sin — it will inevitably work its way through the whole dough.

The transgender ideology and actions that are on full display in our nation right now are like that small quantity of yeast. To be sure, it’s not a “small” sin — it’s a horrible one. Ultimately, transgenderism and gender transition efforts (whether chemical or physical) are not steps of self-actualization, but self-annihilation.

But if left unchecked, this madness will work through every portion of our society, undermining truth, ruining children, destroying religious liberty, and ultimately bringing our nation down to its knees before the latest demon of the sexual revolution.

If we have any hope of stopping it, it starts with realizing how many people are being truly harmed by transgenderism. And the only honest answer is everyone.