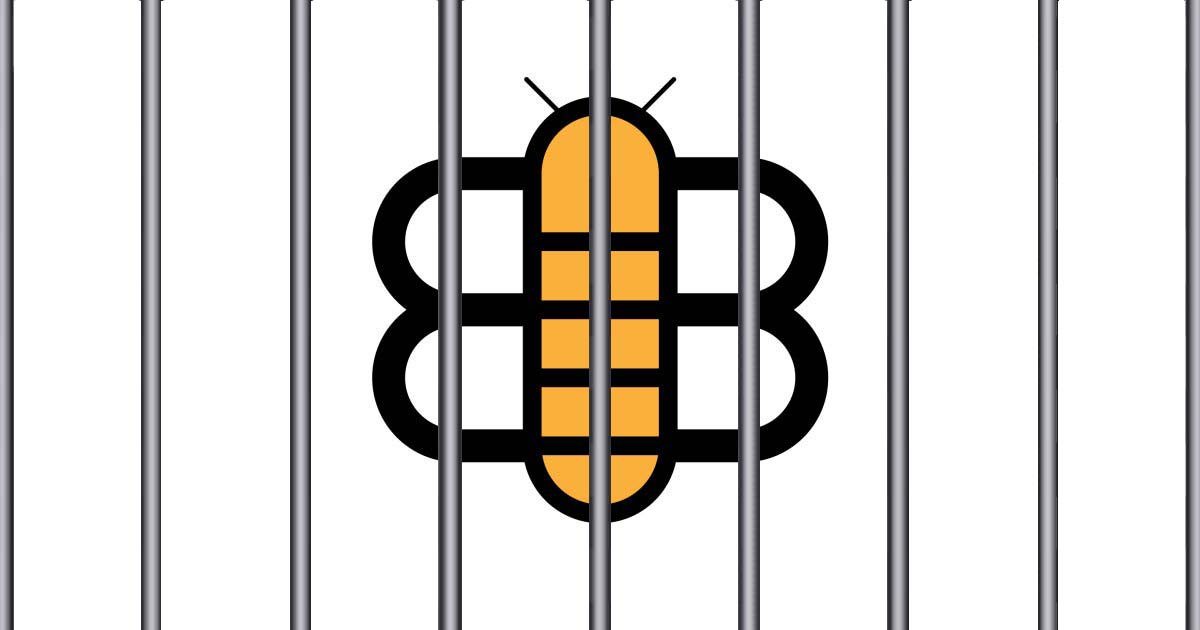 G.K. Chesterton once famously predicted that “We shall soon be in a world in which a man may be howled down for saying that two and two make four, in which furious party cries will be raised against anybody who says that cows have horns, in which people will persecute the heresy of calling a triangle a three-sided figure, and hang a man for maddening a mob with the news that grass is green.”

George Orwell also warned of a world in which the ever-present sovereign entity, Big Brother, a hideous merger of Big Government and Big Tech, would demand “you to reject the evidence of your eyes and ears. It was their final, most essential command.”

That world is now here.

On an otherwise quiet Sunday evening, as many people might be winding down from a full day of corporately worshipping the God of truth and other wholesome church activities, Twitter decided to fire up its Big Tech censorship tools. Their target? The beloved satirical Christian news site, The Babylon Bee. The offense? A tweet sharing an article naming Dr. Rachel Levine as “Babylon Bee’s Man of the Year.” This post was (appropriately) mocking the absurdity of USA Today naming Rachel Levine as one of their “Women of the Year” when, in fact, Rachel Levine is a man.

The Babylon Bee’s CEO, Seth Dillon, detailed the crackdown in a series of defiant tweets, both explaining the situation and promising to stand on the truth, regardless of the Twitter tyranny.  Dillon wrote that, “I just received this notice that we’ve been locked out of our account for ‘hateful conduct’ and shared a picture of the Twitter notice verifying that their account had been locked. Twitter claims the penalty is for ‘Violating our rules against hateful conduct.’”

The Twitter policy goes on, stating that “You may not promote violence against, threaten, or harass on the basis of race, ethnicity, national origin, caste, sexual orientation, gender, gender identity, religious affiliation, age, disability, or serious disease.” But all the Babylon Bee did was call Rachel Levine, who has fathered children, a man—which he is. Under what reasonable rubric is that hate speech?

Dillon stood his ground, saying, “We’re not deleting anything. Truth is not hate speech. If the cost of telling the truth is the loss of our Twitter account, then so be it.”

The founder of the Babylon Bee, Adam Ford, confirmed the incident and echoed the resolve of Dillon, saying: “Yes @TheBabylonBee has been suspended from Twitter for hate speech for calling Rachel (née Richard) Levine a man. Which is objectively true. The price of getting our account back is deleting the tweet. This is real life.”

The Babylon Bee is one of the nation’s largest satire sites, with over 1.3 million followers on Twitter. With an unashamedly faith-based angle, their content has attracted many Christians who are increasingly aghast at the truth-twisting and the bald-faced lies being foisted on Americans by the secular mainstream media.

As of Monday afternoon, the Bee was still locked out of its account, but standing strong for the truth against this unfounded act of censorship by Twitter.

What Twitter is calling “hateful conduct” is nothing other than simple truth-telling, albeit with a humorous take.

Speaking plainly-stated truths about the reality we can all see with our eyes — such that Rachel Levine is a man — will never be “hateful.” In fact, in a world gone mad, it’s one of the most loving things you can do.

Christians know that telling the truth isn’t optional, but rather a key piece of our obedience. In Exodus 20:16, the Ninth Commandment teaches us that “You shall not give false testimony against your neighbor.” Furthermore, those who tell lies and demand that others echo and embrace them are doing the works of the devil. If you think that sounds harsh, here is Jesus rebuking the Pharisees in John 8:44-45: “You belong to your father, the devil, and you want to carry out your father’s desires. He was a murderer from the beginning, not holding to the truth, for there is no truth in him. When he lies, he speaks his native language, for he is a liar and the father of lies. Yet because I tell the truth, you do not believe me!”

I trust that most Christians understand this — though, sadly, there are many increasingly confused about the issue who are willing to use “preferred pronouns” and the label “woman” for someone who is in fact a “man.” That is ultimately an issue of discipleship. Following Jesus means standing against the sinful current of our modern culture, not compromising with it in the vain hopes of being “winsome.”

But let’s pause for a moment and understand that what Twitter, specifically, and Big Tech, generally, are really doing here is using their platform and power to silence and crush anyone who is brave enough to dissent from this modern moment’s new religion of sexual orientation and gender identity madness.

What’s really happening is that Twitter is playing the role of the evil representative of Big Brother, O’Brien, and the Babylon Bee is in the position of Winston, who had found the courage to buck the Party and live a life guided by the truth — until he was captured and forced to undergo torture to “retrain” him to think “rightly” again. That is, to never question the Party’s narrative.

“‘Do you remember,’ [O’Brien] went on, ‘writing in your diary,’ ‘Freedom is the freedom to say that two plus two make four?’ ‘Yes,’ said Winston.

O’Brien held up his left hand, its back towards Winston, with the thumb hidden and the four fingers extended. ‘How many fingers am I holding up, Winston?’

The word ended in a gasp of pain. The needle of the dial had shot up to fifty-five. The sweat had sprung out all over Winston’s body. The air tore into his lungs and issued again in deep groans which even by clenching his teeth he could not stop. O’Brien watched him, the four fingers still extended. He drew back the lever. This time the pain was only slightly eased.

After a few more moments of conversation and torture, Winston cries out: ‘How can I help it?’ he blubbered. ‘How can I help seeing what is in front of my eyes? Two and two are four.’

You see, in the mind of the Woke Overlords at Twitter, “becoming sane” means we must pretend that two plus two can equal five — or that men can become women. If you refuse to play along, they will do whatever they can do block, freeze, and banish you from the digital public square.

To borrow a line from Bari Weiss, the way we got into this mess is because of cowardice, and the way we get out is through courage. We must all, like the Bee, have the courage to say men are men and women are women, because that is how God made us and indelibly stamped us to our very chromosomal core. To pretend otherwise isn’t to avoid hate speech, it’s to deny creation itself.

And this is exactly what Dillon encouraged readers to do: “Never censor yourself. Insist that 2 and 2 make 4 even if Twitter tries to compel you to say otherwise. Make them ban tens of millions of us.” 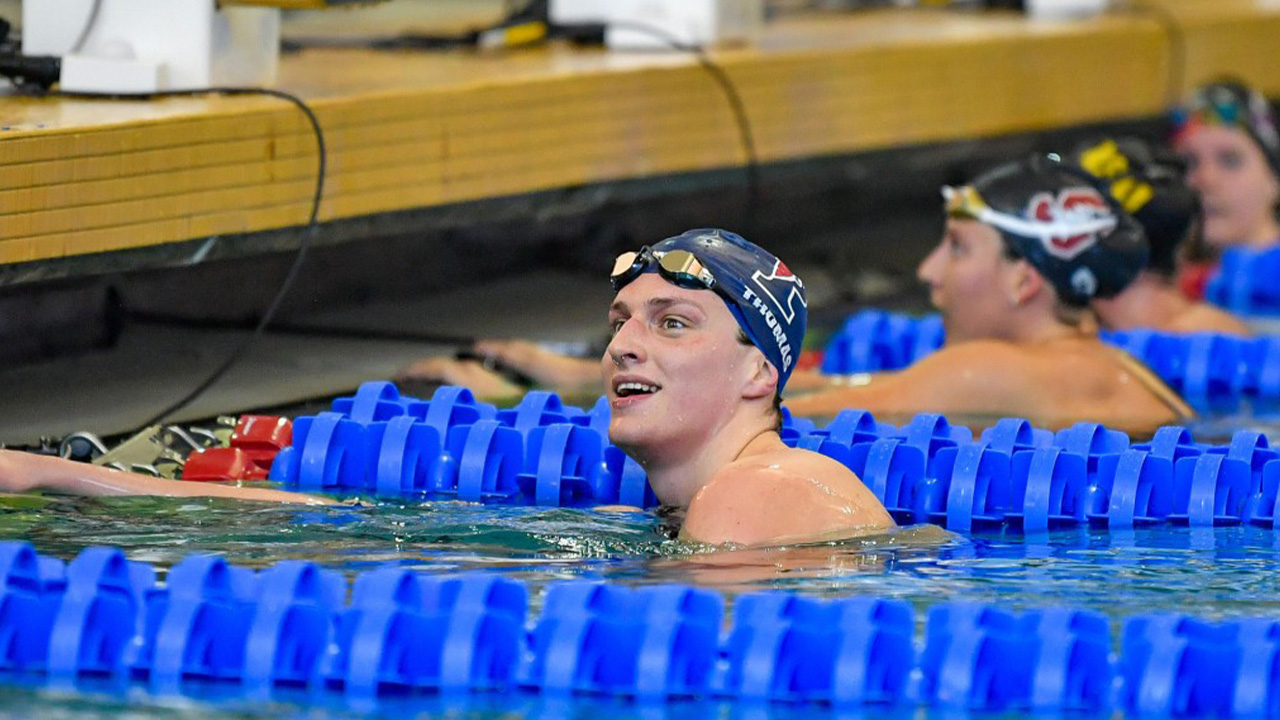 Transgender Tyranny in Women’s Swimming: How Emma Weyant Was Cheated, a Man Won, and the Truth Lost