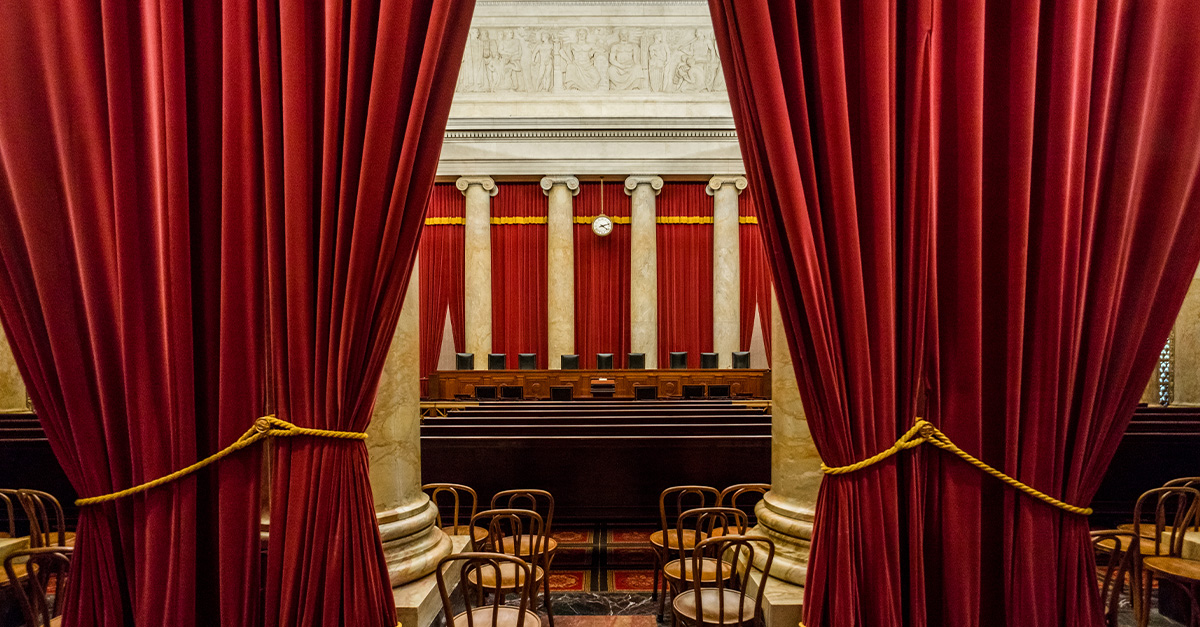 Supreme Court rulings to watch for in 2022

As the calendar turns to 2022, the new year will bring with it several monumental Supreme Court decisions that could reshape the landscape of American life in the areas of abortion, religious liberty, and school choice. Among these cases are the following:

Perhaps no case matters more than this one, as it could forever change the debate over abortion and has the potential to save millions of unborn lives. For decades, any state restriction on abortion prior to 24 weeks’ gestation was almost always blocked by the lower courts. This happened again in 2018 when the state of Mississippi passed a 15-week abortion ban. It was almost immediately challenged in court, and December 2019, the Fifth Circuit Court of Appeals upheld a lower court decision to block the law. Those decisions led Mississippi’s Attorney General Lynn Fitch to appeal to the Supreme Court, which agreed to hear the case.

This case is unusually significant because it examines the question of viability. Mississippi’s ban on abortions after 15 weeks is before well before the viability standards determined by Roe v. Wade and Planned Parenthood v. Casey, despite the fact that 90 percent of countries have laws banning abortion after 15 weeks and the viability standard of 24 weeks has been shown to be arbitrary and false as babies as young as 21 weeks have survived. The Court will examine whether all restrictions on abortion prior to viability are unconstitutional.

Although this case could result in a defeat for Mississippi and pro-life advocates, there is also a good chance that the Court will determine that Mississippi has a right to restrict abortions and, since that would make the viability principle moot, it could also decide to overturn Roe v. Wade. If that happens, the issue of abortion would return to the states, which would be free to pass any restriction on abortion they so choose.

Lorie Smith, a graphics and website designer, is the owner of 303 Creative. Smith wants to create websites for weddings, but because of her Christian beliefs, she wants to display a message on her site explaining that she will not create a website for a homosexual wedding. Smith serves homosexuals, but she will not create a website for a same-sex wedding because it violates her religious beliefs that marriage is between a man and a woman. According to Colorado antidiscrimination law, however, Smith is required to create those websites if solicited, and she is not permitted to display a message explaining her beliefs on her own site.

“…the majority takes the remarkable—and novel—stance that the government may force Ms. Smith to produce messages that violate her conscience. In doing so, the majority concludes not only that Colorado has a compelling interest in forcing Ms. Smith to speak a government-approved message against her religious beliefs, but also that its public-accommodation law is the least restrictive means of accomplishing this goal. No case has ever gone so far.”

In explaining her reasoning for taking a stand, Smith said,

“I have served and continue to serve all people, including those who identify as LGBT. I simply object to being forced to pour my heart, my imagination, and talent into messages that violate my conscience. Artists don’t surrender their freedom of speech when they choose to make a living by creating custom expressions. Those who create such speech for a living are entitled to the full protection of the Constitution. Just because we communicate one viewpoint doesn’t mean we should be forced to promote an opposing viewpoint.”

She added, “Today it’s me, but tomorrow it could be you. My case is about the freedom of all Americans to live and work consistently with their beliefs. Free speech is for everyone. Not just those who agree with the government.”

This case has major implications on free speech and the constitutionality of anti-discrimination laws that require business owners to violate their religious beliefs.

Seattle Union Gospel Mission (SUGM) is a Christian ministry that serves homeless people but finds itself in a legal battle because it refused to retain the services of Matthew Woods, a lawyer who was in a homosexual relationship. SUGM requires its employees to adhere to the ministry’s religious beliefs. The Washington Supreme Court ruled that the ministry could only apply those standards to ministerial staff.

Alliance Defending Freedom (ADF) is representing SUGM. ADF Senior Counsel and Vice President of Appellate Advocacy John Bursch said, “Churches and religious organizations have the First Amendment right to hire those who share their beliefs without being punished by the government.”

He added, “Courts have consistently recognized that a religious organization’s purpose will be undermined if the government forces it to hire those who do not subscribe to the group’s beliefs.”

At stake is whether religious organizations can make hiring decisions based on religious beliefs or if those decisions can only apply to ministers. As SUGM’s petition states, “Non-discrimination law’s capacity to ‘destroy the freedom of Americans to practice their religions’ is no longer hypothetical; it is a reality. And because the Washington Supreme Court initiated this religious-autonomy demolition project, only this Court may apply the brakes.”

This case examines whether a state may refuse to allow students to use taxpayer-funded tuition programs to attend religious schools. Maine’s tuition program allows students in areas with no public secondary school to use funding to attend private schools, as long as they are not sectarian.

In oral arguments held at the Supreme Court on December 8, Chief Justice John Roberts disagreed with the lower court’s reasoning. “You’re discriminating among religions based on their beliefs,” he said.

“So it is the beliefs of the two religions that determines whether or not the schools are going to get the funds,” he continued. “And we have said that is the most basic violation of the First Amendment religion clauses for the government to draw distinctions between religions based on their doctrine.”

The Biden administration has backed Maine, claiming the case is about whether states must fund religious exercise.

Justice Brett Kavanaugh stated, “Discriminating against all religions versus secular is itself a kind of discrimination that the Court has said is odious to the Constitution.”

Diana Thomson, senior counsel at the Becket Fund, which represents the parents, said,

“…to say you’re fine with a Catholic school, but not fine with those schools teaching Catholic theology to those students is splitting hairs and it doesn’t make discrimination constitutional. I’m hopeful the Supreme Court will do the same thing it’s done in the last five years and say it is unconstitutional to exclude religious groups, religious schools, from this program.”

At stake in this case is whether religious schools can participate in school choice programs. School choice has been gaining momentum across the U.S. for several decades and continues to do so. However, as Nicole Stelle Garnett, a senior fellow at the Manhattan Institute and the John P. Murphy Foundation Professor of Law at the University of Notre Dame, points out:

A Supreme Court decision clarifying that the Free Exercise Clause always prohibits the exclusion of religious schools from choice programs would clear away a major impediment to building on this momentum: state constitutional provisions prohibiting the funding of faith-based schools (often called ‘Blaine Amendments’)… Carson v. Makin offers the Court the chance both to correct Maine’s error and to reaffirm that the Constitution does not permit discrimination against faith-based schools. Doing so will pave the way for education policies that embrace pluralism and enlist faith-based schools in the important work of educating our children.” 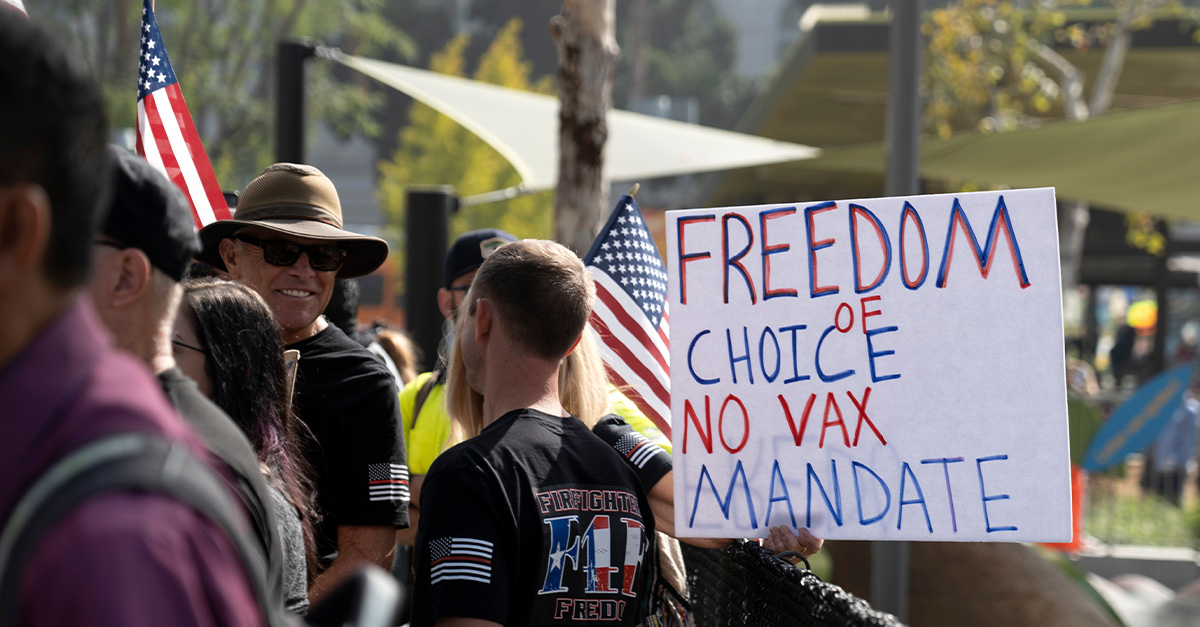