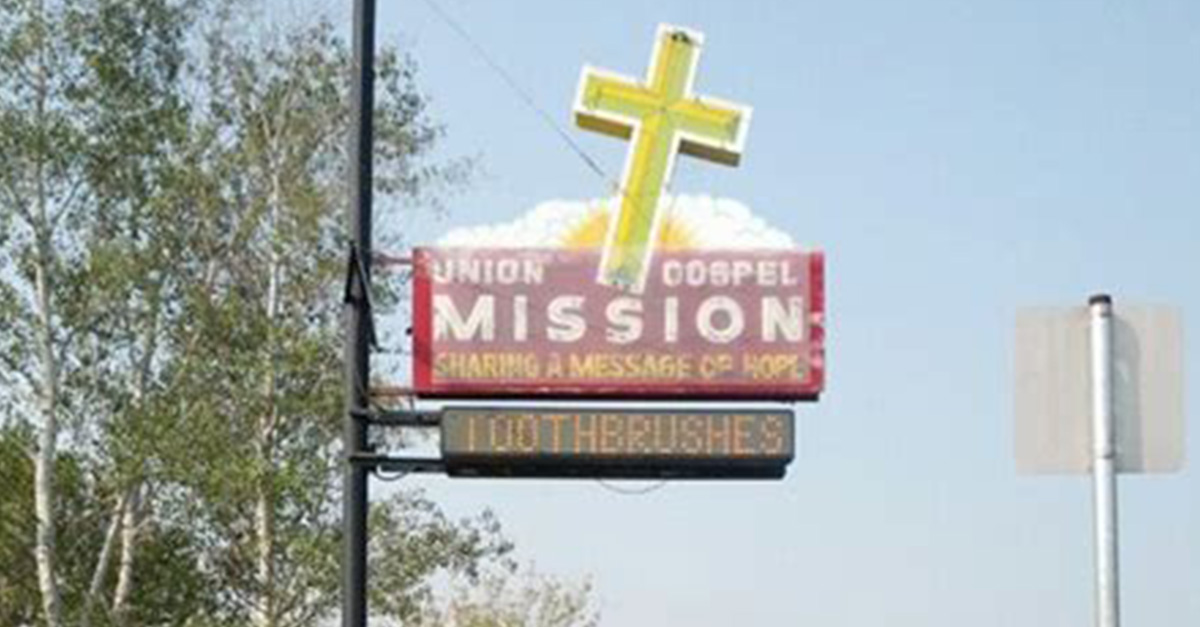 Seattle’s Union Gospel Mission (UGM), a Christian homeless ministry, is petitioning the U.S. Supreme Court to review a ruling by the Washington State Supreme Court that gutted protections for religious employers in a state antidiscrimination law.

In describing its mission, UGM says that it “exists to preach the gospel of Jesus Christ. Mission employees—all of whom must share and live out its beliefs—do so by meeting the needs of the homeless and evangelizing to them.”

As part of that ministry, UGM provides a legal clinic to assist those in the mission’s recovery programs, as well as other community members who need access to legal services.

Its own legal problems started when bisexual lawyer Matthew Woods sued UGM for not retaining his services for its legal aid clinic because he was in a same-sex relationship in violation of the ministry’s lifestyle rules for its employers. In response, the Washington State Supreme Court ruled that UGM could only apply its standards to “ministerial” employees, not other staff.

The Washington Law Against Discrimination has exempted religious non-profits since 1949, and those exemptions were re-affirmed when same-sex orientation was added in 2006, according to a brief by 19 state GOP lawmakers. The lawmakers cited over 300 years of religious accommodations in military service, oathtaking, medical treatment, abortion services, and civil rights, including the employment-focused Title VII of the Civil Rights Act, which recognizes religious employers’ First Amendment rights to only hire “coreligionists.”

Resolving this clash immediately is imperative,” UGM argued, “particularly now that Washington churches have lost employment protections that federal courts would honor. Washington now orders houses of worship and other religious nonprofits to hire those who protest, contradict, and seek to change their beliefs.”

Multiple prominent Christian ministries, Washington state lawmakers, a Muslim group, and a third of the states have filed amicus curiae, or “friend of the court,” briefs in support of UGM.

The state high court showed “shocking anti-religious animus” towards UGM and endangered similar organizations, such as private schools and churches, who would be “left without legal protection from intrusive and potentially ruinous employment-related enforcement actions and lawsuits,” the lawmakers stated in a report.

A brief by the Islam and Religious Freedom Action Team of the Religious Freedom Institute and Jewish Coalition for Religious Liberty argues that the Washington ruling “will have especially deleterious effects on adherents of minority religious faiths,” in service organizations. Jewish and Muslim organizations “often engage in activities that, in Christian thought, may not appear to be religiously significant or in furtherance of a religious mission” (but) are “deeply connected,” to their religious mission, the groups said in support of UGM’s petition to the U.S. Supreme Court.

The real clash that the Supreme Court must address is between the right to religious liberty and the right to live a life free of discrimination. Can they co-exist? It is not hyperbole to say that this conflict threatens to destroy the right of Americans to hold any religious beliefs outside the volatile and arbitrary tenets of secularism and statism.

As UGM’s petition warns, “Non-discrimination law’s capacity to ‘destroy the freedom of Americans to practice their religions’ is no longer hypothetical; it is a reality. And because the Washington Supreme Court initiated this religious-autonomy demolition project, only this Court may apply the brakes.”

Non-discrimination adherents are not concerned with concepts like “co-exist” and “live and let live,” as we have seen repeatedly in cases like Masterpiece Cakeshop and 303 Creative.

In this case, Matthew Woods applied for a job at the UGM’s legal clinic knowing full well that it was a Christian organization that adhered to biblical beliefs. Instead of applying for a job where his legal services could be effectively provided in tandem with his own beliefs, he decided to pick a legal fight with a non-profit that has long supported a highly vulnerable and underserved community with love and compassion. That’s not exactly being tolerant of others, and it’s a form of its own discrimination: Woods wants religious organizations to compromise who they are and what they believe in order to affirm and elevate his own beliefs and values.

If the Court does not intervene in this case, UGM warned, religious organizations will be “subjected to intrusive legal proceedings involving its religious tenets, precisely what the First Amendment prevents. Moreover, states like Washington will not simply denigrate ‘those who continue to adhere to traditional moral standards.’ They will ‘stamp out every vestige of dissent’ and ‘vilify Americans who are unwilling to assent to the new orthodoxy.’”

Without religious liberty, what kind of nation will America be? Likely not a free one and definitely not a tolerant one. We can only pray that the U.S. Supreme Court recognizes the precipice on which America finds herself teetering and acts quickly and decisively to pull her back from the brink.