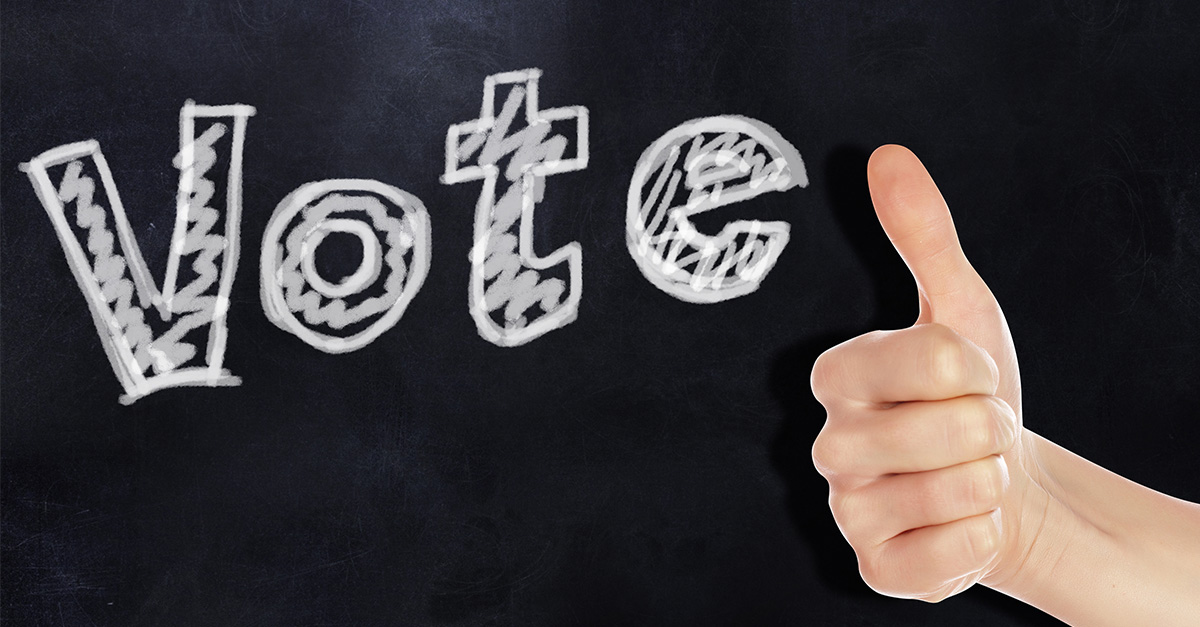 Parental rights supporters prevail in school board elections across America

Although final votes are still being tallied, parental rights groups fighting for more say in education say they have been able to successfully flip school boards to conservative majorities and capture other open school board positions in at least 10 states, proving that there is a deep-seated “anti-wokeness” sentiment among the electorate.

Parents have grown alarmed in recent years as schools have changed the curriculum to put less emphasis on traditional academics and more to ideological topics and worked to undermine their parental rights to be informed of what their child is being taught and exposed to in the classroom and during other school activities.

These include the adoption of Critical Race Theory (CRT), discussions of gender theory, the use of sexually explicit books for reading assignments, the inclusion of shockingly graphic sex education material in school libraries, the embrace of mask and vaccine mandates, and the celebration of drag shows for children and teens. School officials are also pushing for the right of biological males to use female bathrooms and locker rooms and compete in women’s sports, as well as adopting policies that hide children’s gender confusion from their parents.

Parents also started attending and speaking up at school board meetings like never before, thanks to ongoing COVID lockdowns, mask mandates, and failing schools, even as teachers’ unions and the government, went to great lengths to shut out parents from having a say in school policies and curricula.

As an example, the New Jersey Education Association put out an ad during the recent elections that characterized concerned parents as “extremists,” while Rep. Eric Swalwell, D, reacting to a post by Sen. Tim Scott, R, tweeted that “it’s so stupid” for parents to be in charge of their child’s education.

These different factors drove a new interest in school board elections, with a lot of parents opting to run for open seats in order to better represent their own concerns in their child’s education, as well as those of other parents.

Last week’s elections indicate that parental concern over the direction of education has only increased.

“Last night was a disappointing night for Republicans in many parts of the country, but we’re happy to say we were very successful in key races in Florida, Oklahoma, Ohio, Maryland, which were by far the biggest places we targeted. We also officially flipped our 100th school board since our first election in November 2021.”

Parental rights groups succeeded in the face of media and activist blowback, as they and their candidates were labeled “extremist,” “anti-education,” “racist,” “homophobic,” and “transphobic.” They were also accused of being tied to “far right” organizations and their “millions” of dollars and slammed for “injecting politics” into education.

Still others claimed that that the failure of their endorsed candidates to win all school board races proved that the organizations don’t really appeal to Americans.

But those critics ignored the fact that grassroots parental rights groups are nascent. Take, for example, Moms for Liberty, the group that seemed to draw the most criticism. Formed just two years ago, it has grown to over 100,000 members and organized chapters in districts all across America.

Before last week’s election, 105 Moms for Liberty-endorsed candidates had won. Last week, the various chapters endorsed 270 candidates, with over 114 winning election, and 37 additional races have not yet been called.

That may not sound like an impressive winning percentage for a PAC, but the perception changes when you realize that Moms for Liberty only spent ad money in Florida, where they spent a total of just $50,000.

In that instance, Moms for Liberty’s winning percentage jumped to 61 percent, as 41 of their endorsed candidates captured 67 open school board seats in the Sunshine State. Co-founder Tiffany Justice said, “We’re thrilled with the results. A lot of our candidates were first-timers and they beat longtime incumbents.” She noted that the National Education Association and the American Federation of Teachers collected $575 million in dues in 2021, claiming that much of those funds were spent on campaigns opposing Moms for Liberty-endorsed candidates.

National organizations weren’t the only parental rights groups making an impact. The Minnesota Parents Alliance (MPA) declared that 49 candidates it endorsed won school board elections. It also reported that dozens of candidates who received training or assistance won seats. By the end, MPA, which was started just nine months ago, captured seats in 15 of 19 targeted school districts.

“Parent-backed candidates cut through all of the noise in this election and won support from voters because they talked about the important issues — academic achievement, equality and parental rights. Minnesota public schools will be better and more responsive because these candidates stepped forward to serve. We are thrilled with our success in year one and look forward to making an even bigger impact in 2023.”

The battle for the hearts and minds of children is only beginning. Parents must continue to be heavily involved in the education of their children. Parents who can run for school board should run. If they can’t run, they should attend and speak up at school board meetings, educate themselves on current policies and curriculum, spread the word to other parents and community members, and vote.

When confronting school boards and speaking with teachers, parents should argue for schools to return to a focus on academic excellence and a respect for a parents’ right to direct their child’s education and overall welfare. Parents can, understandably, get emotional when it comes to matters affecting their children and lash out with hasty, even angry responses, but it is important to keep one’s wits and address any concerns with love and grace.

Speaking and writing with love and grace does not mean, however, that parents should compromise or water down their message. Parents cannot, in any way, allow teachers and other adults to teach harmful ideas or direct any actions that confuse and damage children, undermine their relationships with others, or put them in harm’s way.

According to both the Bible and the Supreme Court, parents have a fundamental right and responsibility for the well-being and education of their children. Psalm 78:1-4, ESV, says,

“Listen, O my people, to my instruction; incline your ears to the words of my mouth. I will open my mouth in a parable; I will utter dark sayings of old, which we have heard and known, and our fathers have told us. We will not conceal them from their children, but tell to the generation to come the praises of the Lord, and His strength and His wondrous works that He has done.”

Moreover, John Locke, an English philosopher who heavily influenced the Founding Fathers and the U.S. Constitution, stated in his Second Treatise on Civil Government that all parents are

“by the law of nature, under an obligation to preserve, nourish, and educate the children they had begotten; not as their own workmanship, but the workmanship of their own maker, the Almighty, to whom they were to be accountable for them….”

The opposition will say otherwise and throw every possible vile attack at you for simply trying to exercise your God-given rights to protect and guide your children. Parents, ignore them. Rise above it. Recognize this clanging noise as the desperate response of radicals finally losing their grip on the monopolistic power they’ve held for too long over the next generation.

You must embrace your duty as parents and fight for your children’s education and safety in every possible peaceful and civic way. In so doing, you can change your child’s future for the better, as well as the future of the country they will live in. 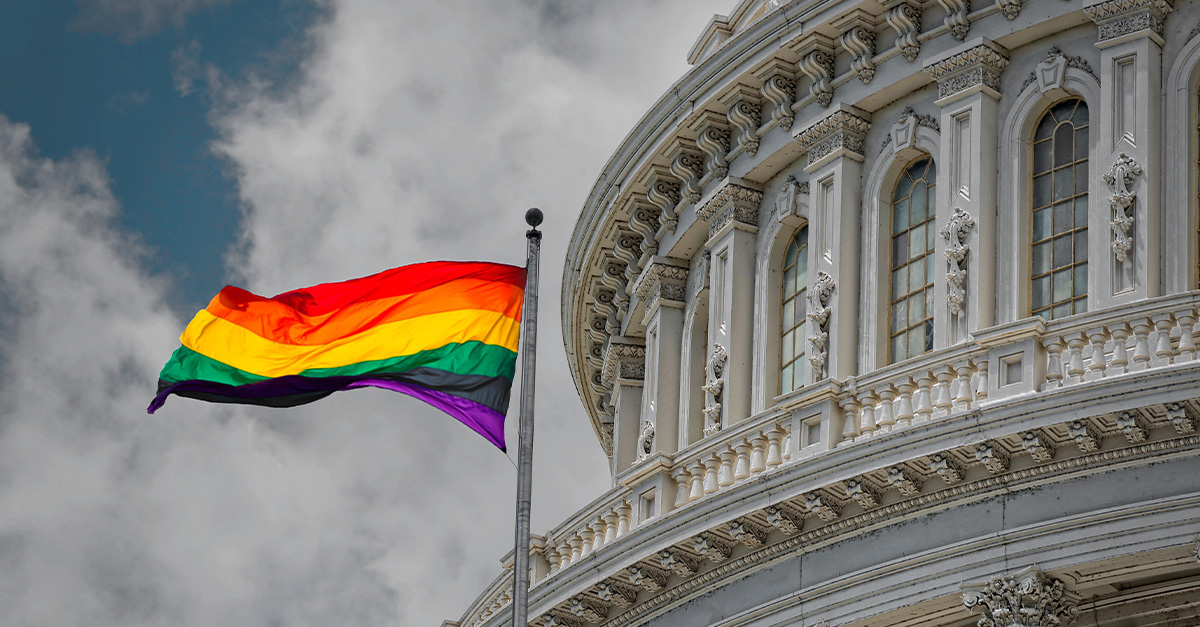 The Destruction of Marriage Act Advances