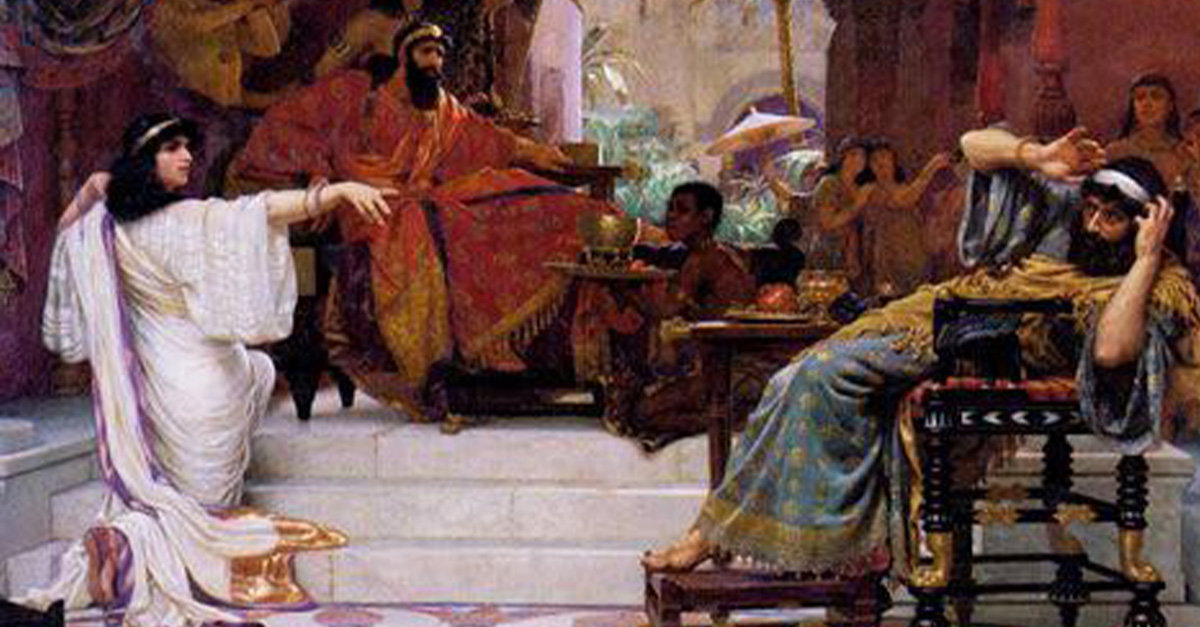 Esther Wasn’t a Feminist: What the Queen of Persia’s Story Really Teaches Us

If you were to ask Tiffany Williams, founder of The Esther Project, she might tell you something along the lines of the former. Her organization, inspired by the story of Esther, seeks to “train and empower women to empower the world.” Another organization, The Esther 414 Foundation, just released their “Live Like Esther Study,” which helps readers “use [their] unique position in life to make a positive and powerful difference.”

While these organizations make noble efforts for significant impact, we can’t ignore the fact that plucking pieces from the book of Esther and subtly aligning her with feminist sentiments to be “empowered” is a common cause for confusion within evangelical circles. Is it a result of biblical illiteracy? Or is it the product of an eisegetical, “me-centered” reading of Scripture?

Evangelical leaders have a tendency to use the story of Esther to encourage the women in their audience to look within themselves to find their purpose, to lead like Esther, and to live “for such a time as this.” The problem with this is that it makes man or, in this case, woman the focus of the story rather than God. It encourages women to look within themselves to find their purpose, rather than looking to God to become more Christlike through humble obedience and submission to Him. It results in a shallow and superficial understanding of the passage focused on identity and meaning, rather than a humble and reverent response of worship to God.

This is not at all the conclusion that the author of Esther intended readers to draw. When we read and study this book of the Bible, we should not be hasty to discover the application without first understanding the meaning of the text as it is written. The story of Esther is not at all about a hidden destiny or purpose found within you; it’s about God’s sovereignty in protecting and preserving His chosen people.

Here are three biblical lessons we can learn from the book of Esther:

Although the book of Esther does not mention God by name, He is found all throughout this story of an unlikely queen and the people of Israel. The book of Esther is the perfect illustration of God’s providence as He sits in the heavens and controls everything for His purpose, preserving and protecting His people as the wicked plotted in vain.

We first see God’s sovereignty as Esther replaces Vashti as queen. Because Vashti refused to submit to the king, he saw fit to remove her from her post as queen and give her royal position to someone else. The king could have chosen any woman in his kingdom to replace Vashti, but God led him to find favor with Esther, an orphaned Jew who was living in the capital of Persia under the care of her uncle, Mordecai.

As a result, she was in the right place at the right time and willing to carry out God’s will.

Here’s what happened: Haman, the king’s highest official, plots a genocide of the Jewish people, but God provides Queen Esther with the courage to intervene. Though a risky task to use her royal position to save her people, Esther invites the king and Haman to private dinner parties on consecutive nights to make her request known. They oblige.

On the night of the first dinner party, the king, in God’s sovereignty, suffers from insomnia. After requesting royal records, he quickly learns of Mordecai’s earlier role in thwarting the plot of the king’s eunuchs to assassinate him. Meanwhile, Haman has ordered for gallows to be built for Mordecai’s hanging. Not only is Haman plotting to kill and plunder the Jewish people, but he is also extending his wrath against Mordecai for failing to pay homage to him.

The tables turn on Haman when Esther informs the king of his plan to kill her people. Immediately, the king becomes enraged and orders that Haman be hanged on the gallows intended for Mordecai.

With Haman gone, Esther and Mordecai advocate on behalf of the Jewish people to the king. They ask him to revoke Haman’s plan to kill and plunder the Jews. God softened the king’s heart to this idea, and he not only agreed, but he also allowed the Jews to defend themselves against anyone who came after them and their families. On the twelfth month on the thirteenth day, when the king’s order was to be carried out, the Jews gathered in the city and achieved victory against their enemies who sought to kill them.

In accordance with God’s covenant promise to Abraham in Genesis 17, God proves to be faithful in sovereignly preserving the Jewish people in Persia. The dramatic twists and turns of this story reveals God’s almighty and sovereign hand in our day-to-day lives, and it reveals His love for His people and His steadfastness in preserving them.

Esther’s story reminds us that in times of trouble, uncertainty, and anguish, God is still seated on His throne, sovereign over all things, and ordaining things to come to pass according to His purpose. Out of love for His people, He continues to work all things for our good and for His glory.

2. Esther’s Obedience is as an Example to Us

Esther knew that if she came into the king’s presence to intervene on behalf of the Jewish people, she could face the death penalty. Yet her words in Esther 4:16 became her public declaration for surrendering herself to the will of God:

“…Then I will go to the king, though it is against the law, and if I perish, I perish.”

Her words echo Paul’s sentiment to the Philippians when he said, “For to me, to live is Christ and to die is gain” (Philippians 1:21). Oftentimes, we tend to prioritize our security, our comfort, and our circumstances over surrendering in obedience to Christ. Our fears and lack of trust in God blinds us to the possibility that, in sacrificing our security and comfort out of obedience to Him, people in desperate physical and spiritual need might be brought to salvation.

Positions that we find ourselves in may seem difficult, but God has strategically placed us there “for such a time as this” to accomplish His sovereign plan. We must remember to have the attitude exemplified by Paul and Esther: To see our lives as worth nothing in order to be obedient to Christ.

3. Esther’s Love for God’s People is a Reminder of How We are to Love the Church

As believers, we are called to sacrificially love one another as Christ sacrificed Himself out of love for us. John 13:34-35 says,

Esther could have sat by and lived peaceably for the rest of her life alongside the king, but out of love for God and His people, she risked her life to see that the Jews were rescued.

Let us be reminded to love one another in such a way. God gave us the gift of the Church to live and walk alongside one another in fellowship, to encourage and build up one another, and to sacrifice our well-being, our comfort, and our circumstances out of love for one another. In doing this, we can be an example to the world that we are disciples of Jesus Christ, and we can be certain that God will use us for His glory.

Conclusion: Esther Glorified God, Not Herself

These three truths revealed in the book of Esther are a stark juxtaposition to the eisegesis found among feminist interpretations of the story. Sure, Esther was courageous and brave, but only because of God. She is not the depiction of modern-day feminism that many evangelical leaders want her to be. Rather, she is a depiction of a vessel used by God for His divine purpose. She is a depiction of how we are to submit to God’s will, even when we are wary of the circumstances. And she is a depiction of the sacrificial love we are called to have for our brothers and sisters in Christ.

Let us have discernment in reading passages like these so that our eyes will be opened and our hearts will be humbled to the glory of Christ rather than to ourselves. We are merely weak vessels whose lives are worth nothing without Him. God raises some people up, as He raised Esther, and He destroys people in His judgement, as He destroyed Haman. Our lives are meant to be dealt with however He pleases, and it is our job to be obedient to His will. 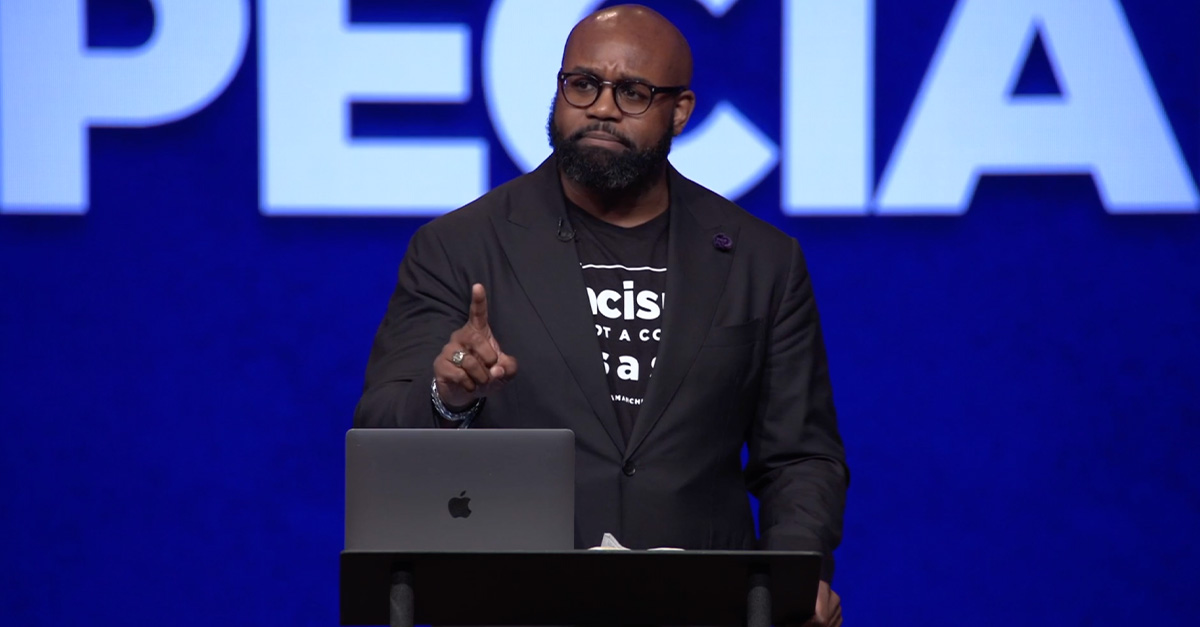 Pastor John Amanchukwu: ‘Critical Race Theory has no place in the Church’