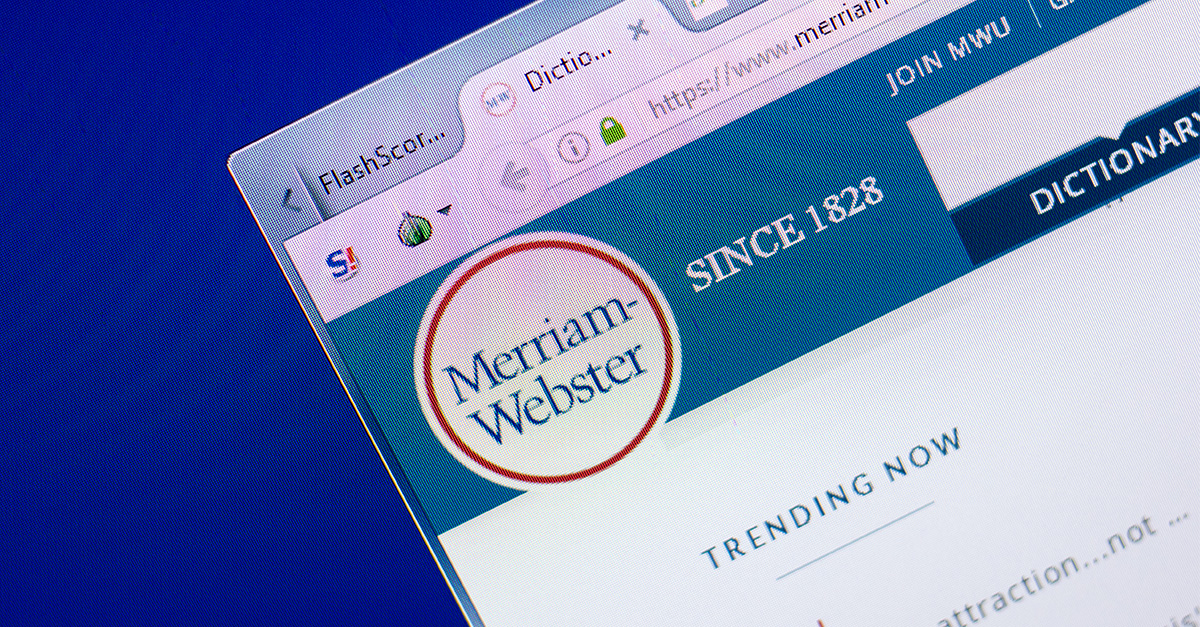 The online dictionary Merriam-Webster found itself in the headlines once again after changing the definition of the words “male,” “female,” “boy,” and “girl” to suit transgender views, continuing a trend of altering long-held word meanings to advance woke talking points.

The words “woman” and “man” were not updated.

The debate around sex and gender identity has become prevalent as activists have started to use terms like “birthing people,” “people with a capacity for pregnancy,” and “people who menstruate” in place of “woman” and “female.”

To illustrate, the Women’s Health Protection Act, recently passed by the House of Representatives, includes this text:

Sen. Josh Hawley, R-Mo., recently got into a heated back-and-forth with University of California Berkeley law professor Khiara Bridges after she used the phrase “people with the capacity for pregnancy” during a Senate committee hearing. Hawley asked if she meant “women,” to which Bridges retorted that Hawley was transphobic and that he “opens up trans people to violence by not recognizing them.”

This isn’t the first time Webster has waded into the ideological fray on the side of the left. During Supreme Court Justice Amy Coney Barrett’s confirmation hearings, Sen. Mazie Hirono, D-Hawaii, claimed that Barrett’s use of the term “sexual preference” was offensive. Webster immediately changed the definition of “preference” to say, “The term preference as used to refer to sexual orientation is widely considered offensive in its implied suggestion that a person can choose who they are sexually or romantically attracted to.”

The term was not widely considered offensive; in fact, in prior years the LGBT community had embraced the term “preference” to push back on the idea that people were born gay and thus had no choice in the matter. Webster admitted that it changed the definition in response to Hirono’s claim.

Webster also changed the definition of the adjective “colorblind” to suit critical race theorists. They added a note to the definition, which said, while the term “can be used with positive connotations of freedom from racial prejudice, it often suggests a failure or refusal to acknowledge or address the many racial inequities that exist in society, or to acknowledge important aspects of racial identity.”

Soon after President Biden announced that the Occupational Safety and Health Administration (OSHA) would require all employees of large private employers to take the COVID-19 vaccination, Webster went in and changed the definition of “anti-vaxxer” to read: “A person who opposes the use of vaccines or regulations mandating vaccination.”

The new definition substituted the term “regulations” for the word “laws” that had been used in the previous definition. Throughout American history, vaccine mandates were done through duly enacted state laws, not via regulations and rules put in place by federal executive agencies. The OSHA mandate was later ruled unconstitutional by the Supreme Court.

The dictionary also changed the definition of assault rifle.

Though it was founded by Christian educator Noah Webster, Merriam-Webster has been trending left in recent years. After the election of President Donald Trump in 2016, the dictionary sent out a tweet that seemed to imply it would result in the collapse of society. Company officials insisted the tweet was not biased.

Victor Klemperer, a German Jew who wrote The Language of Nazi Germany, explained that words, used strategically by gifted propagandists, can do real damage:

“Nazism permeated the flesh and blood of the people through single words, idioms and sentence structures which were imposed upon them in a million repetitions and taken on board mechanically and unconsciously…Language does not simply write and think for me, it also increasingly dictates my feelings and governs my entire spiritual being the more unquestioningly and unconsciously I abandon myself to it… Words can be like tiny doses of arsenic; they are swallowed unnoticed, appear to have no effect, and then after a little time the toxic reaction sets in after all.”

Think of the phrases we hear nearly every day: “undocumented migrant,” “gender-affirming treatments,” and “pro-choice” or “reproductive justice.” These euphemisms for people who unlawfully enter the country, the practice of drugging and surgically mutilating children, and the practice of killing unborn children are used to normalize actions and situations that would otherwise be recognized as illegal, immoral, and grotesque.

Or think of slanderous descriptions like “racist,” “white supremacist,” “transphobic,” “bigot,” “xenophobic,” and “anti-science,” to name but a few, which are used to accuse and silence those who question leftist ideology and narratives. Many of these terms have no real meaning, lack evidence, or are used improperly to ascribe negative characteristics to opponents and shape debate.

“The assertion and repetition of ‘white privilege,’ ‘the one percent,’ ‘social justice,’ ‘racist,’ ‘gay-basher,’ ‘LGBT-hater,’ ‘gender insensitivity,’ etc., have had numbing effects on private and public discourse. It has produced degrees of self-censorship out of fear that the wrong word, the misplaced phrase, the wrongly understood witticism, or an unintentionally offending double entendre will bring down an avalanche of criticisms and threats to one’s job, social status, or acceptance among professional and informal circles in society.”

In a country characterized by its tolerance for differing opinions and even offensive speech, leftists are weaponizing language to shape American culture, even going so far as to equate verbal dissent with physical violence.

Merriam-Webster is enabling their cause by changing the true definitions of words rather than showing how the left is misusing those words. Webster isn’t the only dictionary doing so either. Dictionary.com did a monumental overhaul of its definitions to align with woke views, including eliminating the historic Latin-derived noun “homosexual” and replacing it with the colloquial adjective “gay.”

If you want to see how to reshape a culture and topple institutions, this is it.

Psalm 34:13 says, “Keep your tongue from evil and your lips from speaking deceit.”

Those who alter language and intentionally misuse it for their own agendas are being deceitful. What they’re doing isn’t harmless nor is it accidental. While the average person may be unknowingly caught up in the insidious plots of the powerful, those who reshape our language know exactly what they are doing.

It often seems like the most reasonable path is to acquiesce and go along with the program — after all, many will tell you they’re only “words.” But in so doing, whether or not someone genuinely ascribes to the words and phrases they’re being pressured to use, they’re still sending a clear message. That message, writes Czech dissident Vaclav Havel in The Power of the Powerless, is: “I behave in the manner that is expected of me…I am obedient.”

Moreover, to speak a word or statement someone knows is a lie, Havel observed, is “an unequivocal statement of degradation.”

Make no mistake: Americans are in an ideological and spiritual battle. As dissidents before us have shown, the only way to fight and to prevail, ultimately, is to refuse to speak or tolerate lies, no matter how seemingly small, and to “live within the truth.”

A society that turns away from God will, by default, become immersed in deception. We are increasingly seeing this reality set in, only in America this time, not Eastern European countries under the iron grip of Soviet tyranny.

The only real way out is to seek and follow Christ, as we read in Matthew 8:32, for then “you will know the truth, and the truth will set you free.” 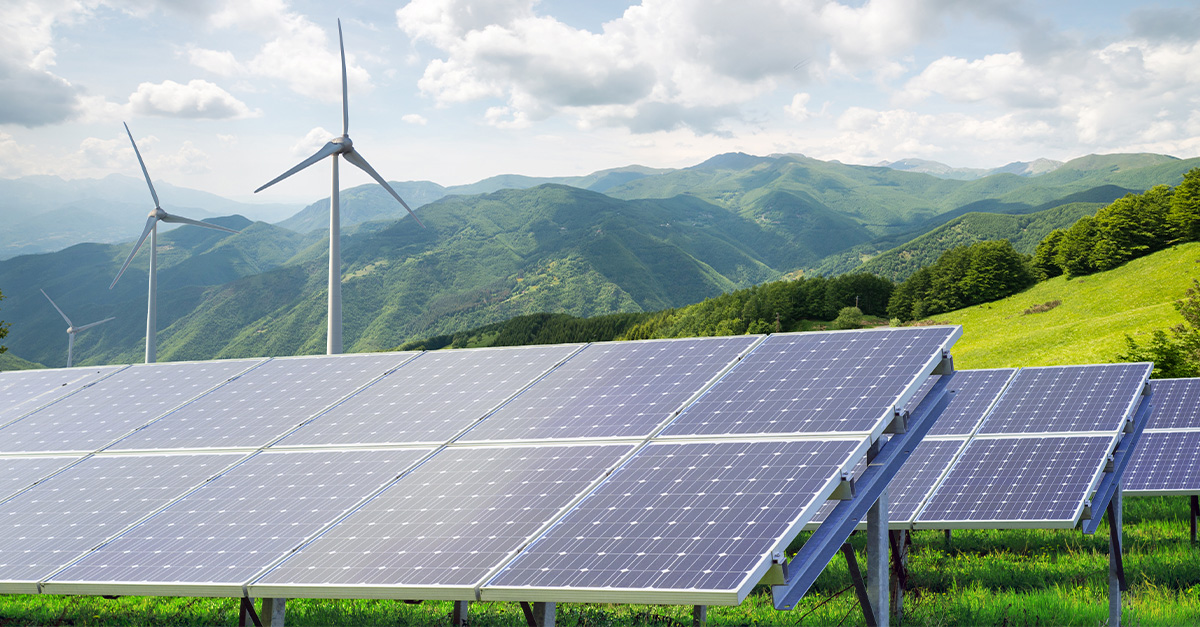