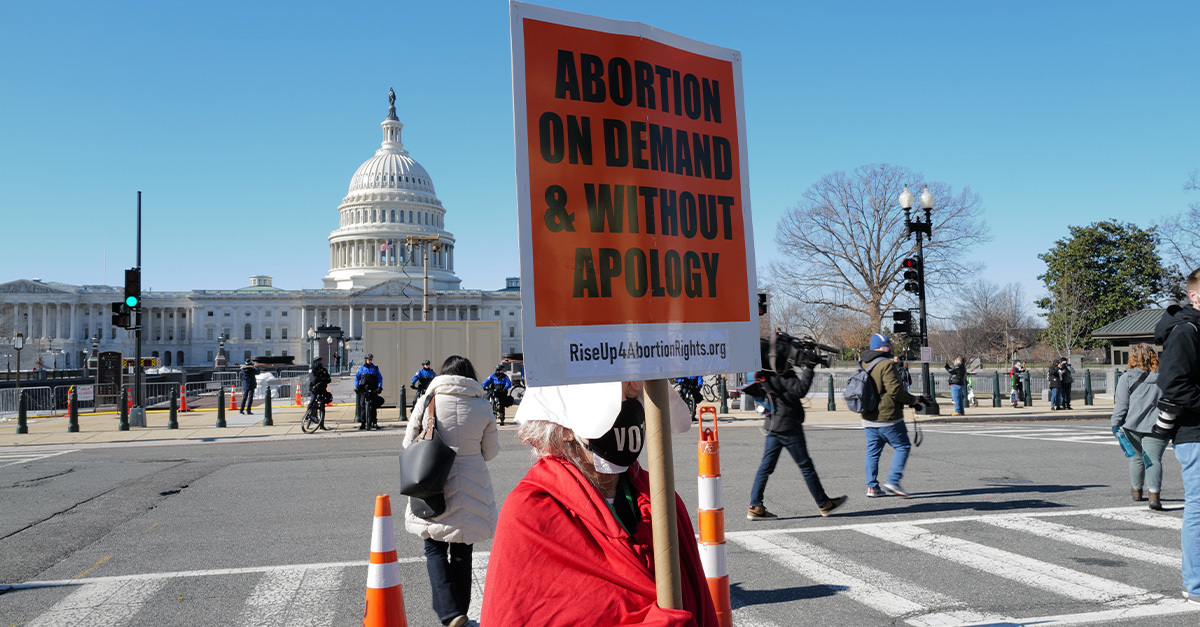 The House of Representatives passed two abortion rights bills late last week that go beyond codifying the now void Roe v. Wade and, if both are signed into law, would essentially make abortion on-demand the law of the land

These two bills are the Ensuring Access to Abortion Act and the Women’s Health Protection Act. Read on to learn more about why they were proposed, what each of them would do if they should become law, and the chances they will pass the Senate.

How does the Ensuring Access to Abortion Act override state abortion laws?

This is the more straightforward of the two bills. H.R. 8297 prevents states from making laws that would restrict a woman’s ability to travel across state lines to get an abortion or to act against anyone performing or aiding an abortion in another state.

Included are all U.S. states and territories.

Does this legislation do anything else?

This would likely make it illegal for states to ban abortion-causing pills to be mailed across state lines or used for abortions in their state.

What is the Women’s Health Protection Act?

This bill would, in short, eliminate every state’s right to restrict abortion.

Yes, this bill was passed in the House before being defeated 46-48 in the Senate in February. The Senate then took up the bill again in May after the leak of the Supreme Court opinion in Dobbs v. Jackson, at which point it again failed 49-51. Other versions of the act have been proposed in prior legislative sessions as well.

What limitations does it place on states?

The legislation names 11 different types of restrictions states cannot impose on abortion providers. These include:

According to this bill, any restriction on abortion, including after supposed viability, impedes access to abortion.

Would abortion be legal past the point of viability?

Yes. The legislation gives tremendous leeway to a medical provider’s judgement on whether continuing a pregnancy would risk the health or life of the mother, which could already be defined as anything from mental health to family problems or stress. Medical providers are also given the ability to determine for themselves what the point of viability is in a given pregnancy. As such, if an abortion provider says that a baby wouldn’t survive after 24 weeks — the Roe standard of viability (now known to be erroneous since premature babies routinely survive when born before that point) — then the provider can still perform an abortion.

What legal reasoning does the legislation rest on?

The Women’s Health Protection Act adds, “Health care providers engage in a form of economic and commercial activity when they provide abortion services, and there is an interstate market for abortion services.”

The concept of “medically comparable procedures” features heavily in the argument. The authors claim abortion is a safe outpatient procedure and should be treated no different than any other procedure that has similar safety risks to the patient. This goes against what the Supreme Court decided in Roe v. Wade, wherein the Court ruled that abortion is “inherently different” because it results in the intentional death, what most people call “murder,” of a child.

Yet as Thomas Jipping, senior legal fellow for the Edwin Meese III Center for Legal and Judicial Studies, wrote for National Review about a previous attempt to pass the bill, there is an omission from this version of the bill that seeks to get around this fact.

Not only does the WHPA omit any reference to “child,” “fetus,” “prenatal life,” “embryo,” or “unborn children,” all terms found in the Roe v. Wade decision, this version even changes its definition of abortion found in previous versions, which referred to “live birth” and “dead fetus,” instead opting for the term “abortion services.”

In Roe v. Wade, Justice Henry Blackmun said the state has an “important and legitimate interest” in protecting preborn children. In this act, the House attempts to erase their existence.

The act also breaks with Planned Parenthood v. Casey, which upheld parental consent laws for minors seeking abortion, noting the state had an “important and legitimate interest” in protecting minors. The WHPA lists parental consent laws as stigmatizing, which complicate access to abortion.

Also of note is the WHPA’s heavy reliance on U.N. human rights treaties as justification for abortion. Those seated on the U.N. Human Rights Council include nations like China, which is guilty of ongoing genocide, including forced abortions and sterilizations, and Iran, which engages in serial human rights abuses, especially of women.

What are people saying about the legislation?

House Speaker Nancy Pelosi said, “As Republicans in Congress, the courts and across the country seek to punish and control women, Democrats are honoring the basic truth: Women’s most intimate health decisions are her own.”

Pelosi also said, “We must ensure that the American people remember in November because with two more Democrat senators, we will be able to eliminate the filibuster when it comes to a woman’s right to choose and to make reproductive freedom the law of the land.”

Oklahoma Republican Sen. James Lankford said that Democrats should ask themselves, “Does the child in the womb have the right to travel in their future?”

Will the legislation pass the Senate?

Both bills have very little chance of succeeding in the Senate. In fact, the Women’s Health Protection Act, when put before the Senate on two prior occasions, has been unable to draw even 50 votes, much less the 60 needed to overcome the filibuster. Democrat Sen. Joe Manchin, W.V., has refused to support the legislation in its previous attempts. In May Manchin said, “Make no mistake, it is not Roe v. Wade codification.”

He added, “It is an expansion. It wipes 500 state laws off the books, it expands abortion, and with that, that’s not where we are today. We should not be dividing this country further than we’re already divided, and it’s really the politics of Congress that’s dividing the country.”

Republican Sens. Lisa Murkowski, Alaska, and Susan Collins, Maine, proposed a more narrowly tailored bill, but Pelosi refused to take it up, saying, “Senator Murkowski and Senator Collins may have their view, but it is not a view that is one about a woman having a right to decide. We’re not negotiating that, no.”

What else is important to know?

This is a show vote and nothing more. If Pelosi wanted Roe v. Wade codified she would have passed Collins’ and Murkowski’s proposal or attempted a more moderate version of this legislation. Democrats are in desperate need of fuel for this year’s elections so she wanted to create a contrast between Republicans and Democrats and push to try to elect radical Democrats who will remove the filibuster.

Make no mistake. While Democrats are happy to keep this issue going, the provisions of the WHPA will achieve what Democrats are aiming for: completely unfettered abortion. It isn’t just about abortion, but states’ rights. The left cannot permit self-governance and resistance to their will by states, so they are attempting to take away states’ rights — whether that be to restrict abortion, to make laws regarding transgender surgeries, or to take over the management of their elections.

Before wrapping this up, take a look at what Arizona Democrat Rep. Raúl M. Grijalva had to say about the legislation:

“We know these cruel, inhumane policies will disproportionately impact working women and women of color. Congressional ​Republicans have shown they will stop at nothing to turn back time and undermine the will of the people — including proposing a nationwide ban on abortion.”

The cruel, inhumane policies that disproportionately affect working women and minority women are the left’s radical pro-abortion policies and support for Planned Parenthood, an organization steeped in the elitist, racist goals of eugenicist Margaret Sanger.

The overwhelming majority of Planned Parenthood facilities are located in predominantly black neighborhoods. That’s not because abortionists want to help black people, it’s because they want to stop them from having babies.

Not only this but the WHPA’s elimination or causal bans stop states from being able to restrict abortion if a woman decides she doesn’t want her baby because, for instance, it has Downs Syndrome or is the “wrong” color or biological sex.

Amid the dumpster fire that is the WHPA is one good thing: It clearly, unapologetically reveals that abortion is a money-making business. That is one of the many reasons abortion facilities and politicians push to protect it with so much zeal. There is a lot of money to be made in killing preborn babies and selling their body parts for medical research and experimentation, particularly if the baby is in the third trimester. In fact, for their purposes, the closer to term the better.

This leftist dream is almost certain to fail. However, it clearly shows the importance of voting for pro-life candidates and championing pro-life causes. If Pelosi gets her way and enough pro-abortion senators with much less character than Manchin or Sen. Kyrsten Sinema, D-Ariz., are elected, they will eliminate the filibuster and unleash this hellscape on America. 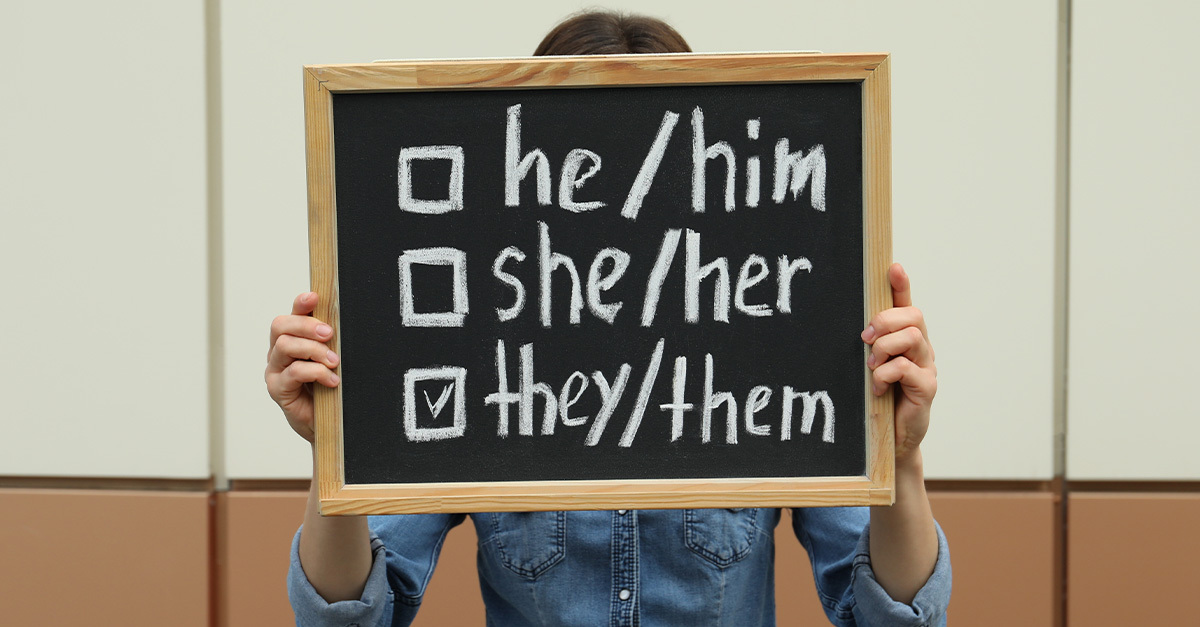 Why It’s Not Loving for Christians to Use Preferred Pronouns