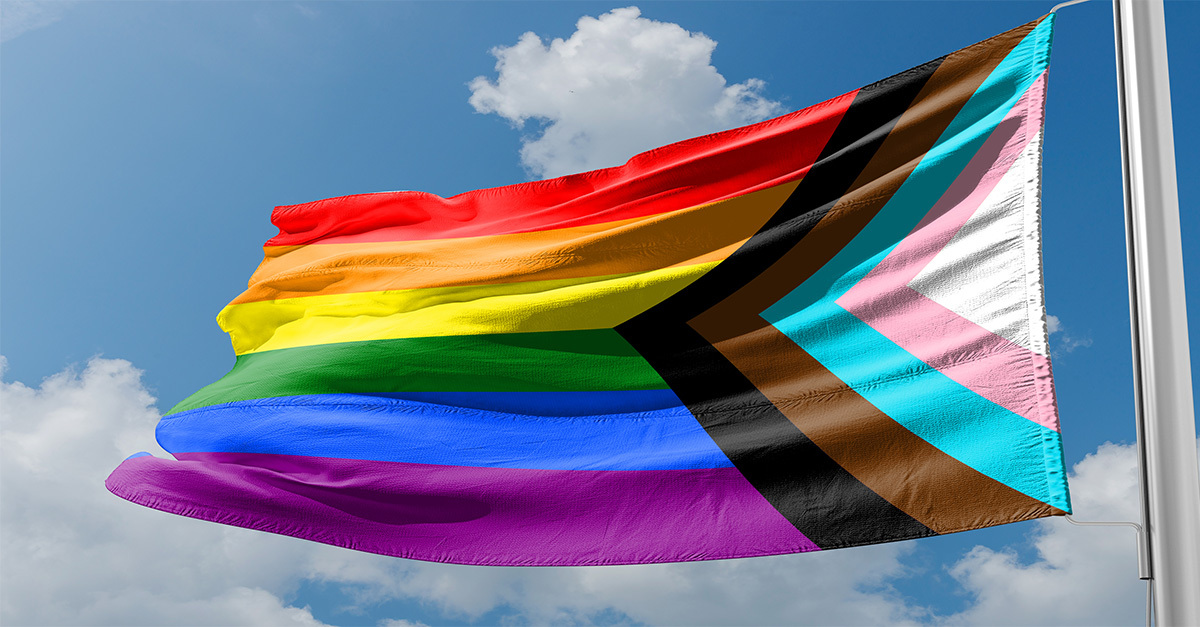 Recently House Democrats introduced legislation known as the “Transgender Bill of Rights,” which is being described by some as the “Equality Act 2.0.” Advocates claim it will protect transgender people from violence and discrimination, while opponents claim it will place women and girls at risk, destroy religious freedom protections, and legalize abortion.

What are the basics of the Transgender Bill of Rights?

The header to the Resolution reads:

“Recognizing that it is the duty of the Federal Government to develop and implement a Transgender Bill of Rights to protect and codify the rights of transgender and nonbinary people under the law and ensure their access to medical care, shelter, safety, and economic security.”

Jayapal, chair of the Congressional Progressive Caucus and co-chair of the Transgender Equality Task Force, said, “As we witness Republicans and an extremist Supreme Court attack and roll back the fundamental rights of trans people across our country, and as state legislatures across the country target our trans community with hateful, bigoted, and transphobic attacks, we are standing up and saying enough is enough.”

She told the Advocate:

“When you look at the hundreds of bills that have been introduced in state legislatures targeting trans folks, when you look at the criminalization of parents of trans kids just to be able to provide support to our kids and provide gender-affirming care, this feels like a very important moment to stand up and say, ‘No, we are not going to just stand by and allow these attacks to happen.’

“The Republican Party has been waging a ruthless campaign of naked fear-mongering and scapegoating against the trans community to an extent never seen before in recent memory…The right-wing crusade against the trans community is not only dangerous — it’s deadly. Combating transphobia with the fierce urgency of now is a matter of life and death. It is more critical than ever that we stand behind transgender Americans not with mere words but with a concrete legislative agenda.”

What does that “concrete legislative agenda” include?

The agenda in question is sweeping in scope. Many appropriately compare it to the Equality Act, the bill that progressives have pushed for the last two years (though it didn’t ever make it to a vote in the Senate). That bill would have preempted the Religious Freedom Restoration Act and outlaw any discrimination based on gender identity or sexual orientation, including keeping males out of female restrooms and battered women’s shelters.

The Transgender Bill of Rights is essentially a déjà vu of the Equality Act — only with more progressive wish list items included. The proposed legislation would codify the Supreme Court’s decision in Bostock v. Clayton County, which found that sexual orientation and gender identity are categories protected from employment discrimination under the Civil Rights Act of 1964.

The bill would amend “the Civil Rights Act of 1964 to prohibit discrimination on the basis of sex, including gender identity and sex characteristics in public accommodations and federally funded programs and activities.”

As in the Equality Act, the trouble is furthered by the next provision of the bill, which will expand “the definition of public accommodation to address the full range of places and services that members of the general public utilize.”

The hat trick that elevates LGBT persons above religious Americans is completed with the next line, which states, “explicitly clarifying that it is illegal to discriminate on the basis of sex, including gender identity or sex characteristics in public accommodations and services on religious grounds.”

Let’s unpack those provisions. By adding gender identity and sex characteristics as federally protected classes, it would be a federal crime to in any way discriminate based on a person’s sex or gender identity. What makes this so problematic is the expansion of the definition of the term “public accommodation.”

What this means is any business that offers a service to the public would be considered a public accommodation — even though the business owner is the one who came up with the business plan, invested the money, took the risk, did the hard work, and paid the bills, including the taxes. Under this law, that business owner would be at the mercy of any LGBTQ persons who believe they have the right to compel that business owner to speak and act as they demand or to approve and celebrate their lifestyle, and they would have the full weight of the federal government backing them up. Think Jack Phillips, the Colorado cake baker who has repeatedly been harassed for refusing to bake cakes celebrating gay weddings and gender transitions — only a lot worse.

How would this impact religious Americans?

Another troubling section of the resolution involves, “recognizing the right to bodily autonomy and ethical health care for transgender and nonbinary people.” This would eliminate restrictions on “gender-affirming care” and require physicians to perform gender-transition surgeries. The resolution would not only seek to override state laws banning transgender surgeries on minors, but it would recruit more providers to perform the surgeries.

What does abortion have to do with this?

Nothing really, but as with a lot of federal legislation, those who proposed this bill focus most of the text and marketing efforts on one issue, transgender discrimination, but then slip in a completely unrelated issue, abortion, hoping no one will notice.

In this case, the bill will effectively codify Roe v. Wade into law, “guaranteeing the right to an abortion.” This would make it legal in all 50 states for women to have an abortion and require that all medical providers perform the procedure, even if those providers have a religious or conscience objection to being involved in an abortion.

What else in the bill could be problematic for those with traditional biblical beliefs?

H. Res. 1209 also would ban what it describes as “fraudulent and harmful so-called ‘conversion therapy’ practices.” Conversion therapy is defined by the American Psychological Association as “counseling and psychotherapy to attempt to eliminate individuals’ sexual desires for members of their own sex.”

This comes after President Biden’s executive order seeking to ban conversion therapy in the U.S. and around the world. Canada has also put in place a conversion therapy ban that is so broad it could criminalize the preaching of the Gospel or any moral instruction provided by pastors, counselors, or parents seeking to help a person accept their biological sex or stop homosexual behavior.

Conversion therapy bans are an attempt to prevent any discussion over the idea that an LGBT lifestyle could be harmful or that it is abnormal. They essentially ban the message of Christianity, salvation, new life, and freedom from slavery to sin.

What else in the bill will change society or put women at risk?

Among the other actions the legislation would impose would be the removal of gender identification on government documents, which will increase societal chaos and confusion, as well as protections for transgender inmates (including putting them in prison populations that correspond with their preferred gender identity, which has already been shown to endanger and harm women).

Would breaking any part of this law actually be enforced as a federal crime?

Yes. To make sure everyone follows these laws, the resolution would require the “Attorney General to designate a liaison within the Civil Rights Division of the Department of Justice dedicated to advising on and overseeing enforcement of the civil rights of transgender and nonbinary people” as well as appropriate funds for staff and enforcement across agencies. In other words, more bureaucracy intended to enforce government-approved morality on otherwise law-abiding citizens.

Is anyone speaking out against the bill?

Yes. The Transgender Bill of Rights has drawn criticism from many, including Terry Schilling, president of the Principles Project, who said, “It’s official: the Democratic Party has gone completely insane.”

Schilling also noted the overwhelming opposition that Americans have to allowing biological males to compete in women’s sports, stating, “Americans strongly object to putting men in women’s sports. They don’t want their daughters being forced to share bathrooms and locker rooms with boys. And they don’t think children should be pushed into life-altering and dangerous sex-change procedures at young ages.”

Zachary Mettler at the Daily Citizen wrote, “To be clear, the ‘Transgender Bill of Rights’ is a misnomer. Americans who consider themselves ‘transgender’ are already ruled by the exact same laws and statutes as every other American. What this bill would do is give a certain, miniscule group of citizens extra rights and extra privileges, at the expense of a much larger category of Americans — women.”

How likely is this bill to become law?

H. Res. 1209 has very little chance of being put to a vote in the Senate. However, if the filibuster is ever eliminated, it could become the law of the land. Whether it would pass constitutional muster in the court system is another question.

Although the Transgender Bill of Rights, like its Equality Act predecessor, is probably not going to become law this year, it is still disturbing. Why? Because it clearly illustrates that a large number of legislators are willing to abandon religious freedom, the safety and rights of women, and the necessity of protecting children from experimental and harmful procedures in favor of advancing a radical agenda.

The legislation, like much of the narrative leading up to this, is built on a false premise: that there is an epidemic of violence against transgenders and that only by forcing everyone to adopt a new morality, as well as legalize abortion, can we protect them from widespread destruction.

This premise should be rejected by not just politicians but all Americans. Progressives like to claim that anything other than celebration of a transgender person’s chosen identity will cause them to feel less than human and lead them to commit suicide. Such hyperbole should not inform our policies and it certainly should not be lorded over us.

It is not the responsibility of the masses to accept the delusion of the few, wholly reshaping reality to fit their tragic beliefs. It is not loving to teach children they are in the wrong body and then allow — even encourage and incentivize — them to muck up their finely tuned endocrinological systems and mutilate their bodies in order to try to match what they are feeling. It doesn’t promote safety or equality to tell women that they must compete against men or share their private spaces with men. Simply because the left continues to repeat the same lies doesn’t make them any more true.

The Transgender Bill of Rights should be seen for what it is: an attempt to shape the narrative, criminalize biblical morality, and impose more control on Americans. 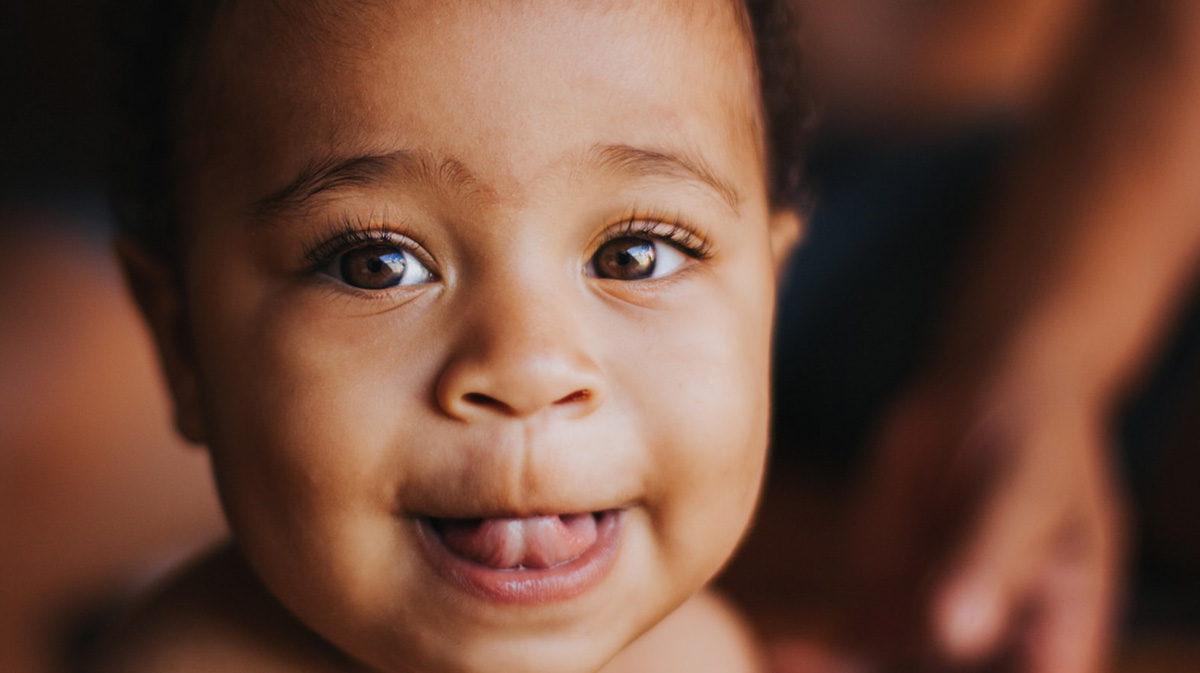