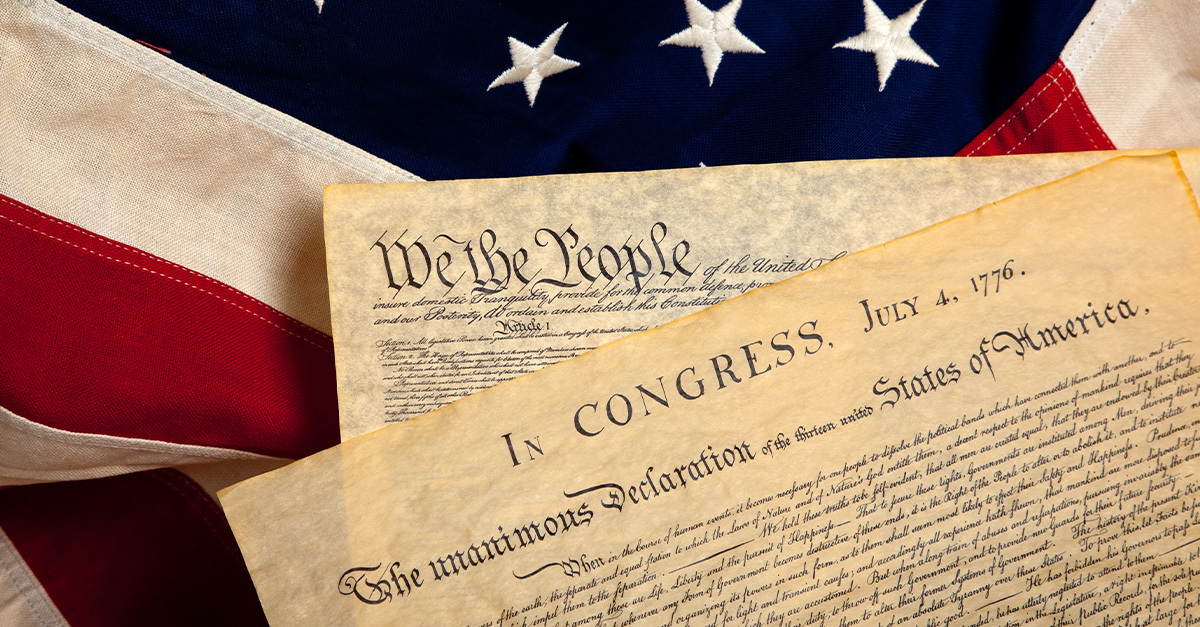 America Was Worth Establishing and America is Worth Preserving

The American Experiment. This bold concept, rich with vulnerability and risk, was even seen as iffy, though favorable, by Benjamin Franklin, who notably identified America as “a Republic, if you can keep it.”

Church, we owe it to our neighbors to ensure that the land where God has planted us has a moral, just, and God-glorifying foundation. This is what the Founders fought to establish, let’s do our part to preserve it.

To our forefathers, it wasn’t enough to start a new government in hopes that it wouldn’t end up like Great Britain. No, the American “startup” was far more sensitive to them. They didn’t simply want a new government. They wanted a new form of government structured in a way that ensured, to its greatest potential, that tyranny was prohibited from ever surfacing.

In both the Declaration of Independence and the Constitution, our forefathers established freedom and justice in America. Let us, with our forefathers’ vigor and passion, ensure that such morality is preserved.

Perhaps the greatest part of American heritage is the influence of Christ’s Church. America is not a theocracy; indeed, the First Amendment ensures that a theocracy is not established. What it does do is ensure that the Church is not simply free to influence government but that it is free from government interference. The Founders’ prioritization of the Church over government is perhaps the most brilliant component to our great American Experiment.

What a gift! To be able to integrate the Great Commission with political influence is a tender mercy from God. To do otherwise, if given the opportunity, is bad stewardship of God’s blessings.

America is still young, and the American Experiment is still playing out. That said, freedom hasn’t been perfected in America. But like with any experiment, successes are being made.

While there are many historic events affiliated with freedom, freedom continues to be tested and thankfully we’ve seen positive results in the last decade. In 2012, Christian cake designer Jack Phillips was sued for refusing to custom-create a cake for a same-sex wedding ceremony, citing religious objections. He didn’t refuse to serve the couple; indeed, he offered to sell any basic cake in his store to them for whatever purpose they wanted it. He simply refused to use his skill to custom-design a message that violates his sincerely held religious convictions. In 2018, the U.S. Supreme Court ruled in Phillips’ favor. In 2015, a public high school football coach, Joe Kennedy, was fired for praying at the 50-yard line after games, even though he didn’t force anyone to join him, he didn’t prevent other activities from taking place, and he wasn’t neglecting any duties during his short prayer. In 2022, the Supreme Court ruled in his favor.

This coming fall, the Supreme Court will hear yet another case of religious liberty, one that has the potential to establish a broader precedent than other recent religious liberty cases. If the string of victories we saw last month is of any forecast, we’re likely to see another victory come spring 2023 when 303 Creative v. Colorado is decided. Why do I bring up this case in this article? My point is to expose the ongoing experimental process of freedom; past, present, and, in the case of 303 Creative, future.

Many argue that conservatives are so infatuated with the ideal of America that we force ourselves into naivety in order to maintain this fairy tale romance. But this is flawed reasoning. The purest of patriots will not only recognize America’s flaws but will vigorously pursue remedies, corrections, and growth. Patriots established America and patriots will preserve America.

The Bill of Rights was intended to enshrine the citizenry with undeniable, unquestionable, and unchangeable rights. Sadly, we’ve come a long way from this. This is why our existence today should serve to complete the efforts of those who went before us. Our voting, our teaching, our public influence should be used to ensure that a strong moral compass be established in our culture as our Founders intended it to be.

The beauty in America’s imperfections is the people that act to send America’s sin to the history books. Historically, these people have been people of the Church. America once had the inherited culture of slavery, and it was abolished. America had racist laws, and they’ve been stricken. Most recently, America saw a triumphant victory with the overturn of Roe v. Wade after 50 years of national rule.

The Church had been impactful in righting some wrongs of America. John Newton, a slave ship captain who converted to Christianity and later wrote the great hymn “Amazing Grace,” used his Gospel-saturated testimony to mentor the British legislator William Wilberforce. Wilberforce then spearheaded the abolition of slavery in Great Britain in the early 1800s. Wilberforce’s influence eventually made its way to America, where Christian abolitionists worked to try to bring about the same ban on slavery here.

The history books of tomorrow will not speak well of the virtue of today, because current media isn’t speaking well of the virtue of today. That’s why it is imperative for organizations like the Standing for Freedom Center and honest media groups to capture the truth in an undeniable fashion, to promote it far and wide, and to enshrine truth as doctrine for reporting, not an agenda — even if the agenda is favorable. Truth should always be the foremost agenda, and virtue will follow.

Through our forefathers and the Church, God established independence and justice in America. Through us, in our obedience to God, we can — and must — preserve its moral foundations.