We Need to Rethink the Relationship Between the Church and the State. Start by Remembering that the Church Wins.

The Church in America Just Got Punched in the Mouth

When boxer Mike Tyson was asked by a reporter about an upcoming fight and whether he was concerned about his opponent’s strategy, he shot back with the now-famous answer: “Everyone has a plan until they get punched in the mouth.”

He’s right. Everything sounds good in our heads, but when we get rocked with unexpected circumstances, plans can fall apart. Plans for how to live as Christians, and gather as churches, in America, for example.

Which is exactly what happened in the spring of 2020. The Church in America got punched in the mouth.

As COVID-19 hit the country in March and April that year, governors and mayors all across the nation issued indefinite “lockdown orders” (liquor stores, casinos, and abortion clinics exempted, of course). All of a sudden, churches had to figure out what they were going to do: Stay open or close? And for how long: Indefinitely or until they came to a different conclusion? It has been decades since the debate about what it means to “render to Caesar the things that are Caesar’s, and to God the things that are God’s” (Matt 22:21) had broken out so fiercely in America, and in live-time.

The time-tested plan that the Church had always followed — continue to gather regularly, in obedience to God’s Word and in free exercise of religion, as protected by the First Amendment — took a haymaker right to the head.

To say that governing officials were overreaching when they told churches not to gather would be an understatement. At the most basic level, it was a gross violation of the First Amendment, which guarantees us as U.S. citizens that “Congress shall make no law respecting an establishment of religion, or prohibiting the free exercise thereof.” Some churches that ultimately defied the lockdowns were later vindicated in court, like Grace Community Church, which won its legal battle with the state of California and Los Angeles County “after the governments agreed to pay $400,000 each as part of a settlement for violating the Church’s religious liberty during the COVID-19 pandemic.”

While most churches are back to normal, many of us still find our heads spinning as we consider how so many churches just completely rolled over for the government. Elsewhere, I have written about how statism is one of the great threats to the Church in America. What happened during COVID shows us exactly why and how that is the case.

If we want to have better operating plans for churches going forward — plans that survive a few shots from the commies — it means we must first rightly understand the power and the purpose of the Church. In other words, we must get our bearings and begin walking at least in the general direction of understanding what God has said about the nature of the relationship between the Church and the state.

In order to do that, you should meet Abraham Kuyper.

Kuyper’s Concern: The Sovereignty of God and the Certain Triumph of the Church

One man who thought and wrote about this important question of the relationship between the Church and the state, was Abraham Kuyper. Kuyper served as the prime minster of the Netherlands from 1901 to 1905 and was also an influential theologian and journalist. He had an expansive vision of the sovereignty of God over all of life and unapologetically sought to influence the fallen world with Christian virtues and values. He famously exclaimed that “There is not a square inch in the whole domain of our human existence over which Christ, who is Sovereign over all, does not cry: ‘Mine!’” (1).

Christ as King over all, both seen and unseen, both spiritual and physical, both the Church and the state. This was a dominant theme in all of Kuyper’s theology and political reasoning.  So, the purpose of this piece is to briefly reflect on this wonderful yet easily forgotten truth: The Church wins. This was something that Kuyper understood deep down in his bones: The Church ultimately triumphs over the state — forever.

I think this is important for Christians to consider, wrestle with, and ultimately believe. Why? Because so much of the conversation about what the Church should do during COVID made it sound as if the Church was some sort of servant of the government. The dialogue seemed to imply that the Church only exists because the government allows it to exist. That is not just false but nothing could be further from the truth.

If you only read one thing from this article, read this quote. Read it closely. And read it twice. Kuyper explains:

“The church does not function in a human society that is by nature governed by the state, but she carries within herself the germ of the all-encompassing worldwide kingdom, which will one day replace every state and assume its function.

It is therefore decidedly incorrect to honor the state as the palace in which the church is assigned no more than a side wing.

Rather, the state is little more than scaffolding erected on the building site where the church is busy laying the foundation for the palace in which Christ will one day establish his royal throne.

When the battle is over, the state will disappear forever. The dawn of the eternal existence of the nations will rise out of the church, not the state” (2).

Have you ever thought about it like that? Far from the Church needing to come, hat in hand, begging for the state to let it worship God, the Church can and should stand tall by the authority granted to it from Christ. The Church can be confident that it will be the final institution left standing, as all earthly governments dissolve at the return of Christ, and blow away into the wind like chaff. In other words, in the end, the Church wins. So, we should act like it now.

The Supremacy of the Church and Sphere Sovereignty

Maybe that quote flips the switch for you. You think, “Wow, Kuyper was right, the Church isn’t just some lapdog for the state, it actually supersedes the state in the end! Okay…what now?” Well, let me suggest that you begin to familiarize yourself with the concept of “sphere sovereignty.”

The undergirding principle is that God is sovereign over all things. He is The Sovereign, ruling over every sphere of life with His perfect providence. Yet, to each sphere — state, society, church, and also family — He grants different responsibilities and authorities. Author Peter Heslam in Creating a Christian Worldview: Abraham Kuyper’s Lectures on Calvinism explains: “According to his doctrine of sphere sovereignty, which found expression throughout his career from its inception around 1880, the church and the state form independent, co-existing spheres accountable directly to God” (5). Although the Church and state inhabit different spheres, they each have duties towards one another. Considering the duties that the government, the magistrates, have towards the Church, Kuyper argues, “There had to be a magistrate who, by the virtue of common grace, would promote and maintain a society with honor and virtue” (6).

In regards to the nature of the relationship between the spheres of church and state, Kuyper affirms what has become a classic Baptist rallying cry, which is that there should be a “free church in a free state” (7). Kuyper rejects the notion that the state should be adjudicating which religions are true religions, or which church is the true Church. Heslam also noted that “Kuyper refused to accept that the government was obliged…to judge which of the various denominations was the true church.” (8). Thus, Kuyperian sphere sovereignty protects that notable Baptist distinctive of religious liberty.

Yet Kuyper was not naïve about the threat corrupt magistrates posed to the Church. According to David VanDrunen, this is exactly what sphere sovereignty is intended to help guard against. He explains: “To put it simply, Christ is the sovereign Lord of each sphere, and no sphere may usurp the authority of another sphere and thus act as its lord. For Kuyper, this was a great bulwark against the tyrannical power of the state, which he considered a great danger, but sphere sovereignty was meant to halt any sphere threatening to encroach upon the territory of another” (9).

Conclusion: Christ, Not Caesar, Is Head of the Church

Kuyper noted the difficulty of the task of rightly establishing the true nature of the relationship between church and state in this era of redemptive history. He says, “While we therefore may not place church and state over against each other as two heterogeneous powers, history shows us how very difficult it is to define the correct relationship between the two” (10). And he, of course, is correct. In this article I have only scratched the surface of the topic.

But the main point I want you to leave with is this: The Church wins. The Church lasts. The Church is forever. The Church of Christ is the eschatological reality, the final hope, and the enduring institution, which will far outlast any and all earthly governments and their petty mandates. It has imperium because Jesus has imperium. The Church operates within a sovereign sphere, and in cooperation with the government, but ultimately it is fully vested with the authority to govern itself in matters pertaining to the practice of the “faith that was once for all delivered to the saints” (Jude 1:3 ESV). Therefore, while the Church may cooperate with, work alongside, and even influence the state — it can never serve the state nor render to the state its ultimate allegiance. After all, Christ, and not Caesar, is indeed the head of the Church.

And as Kuyper reminded us, because Christ is head of the Church, the Church will win in the end: “When the battle is over, the state will disappear forever. The dawn of the eternal existence of the nations will rise out of the Church, not the state.” Let’s act like it now. 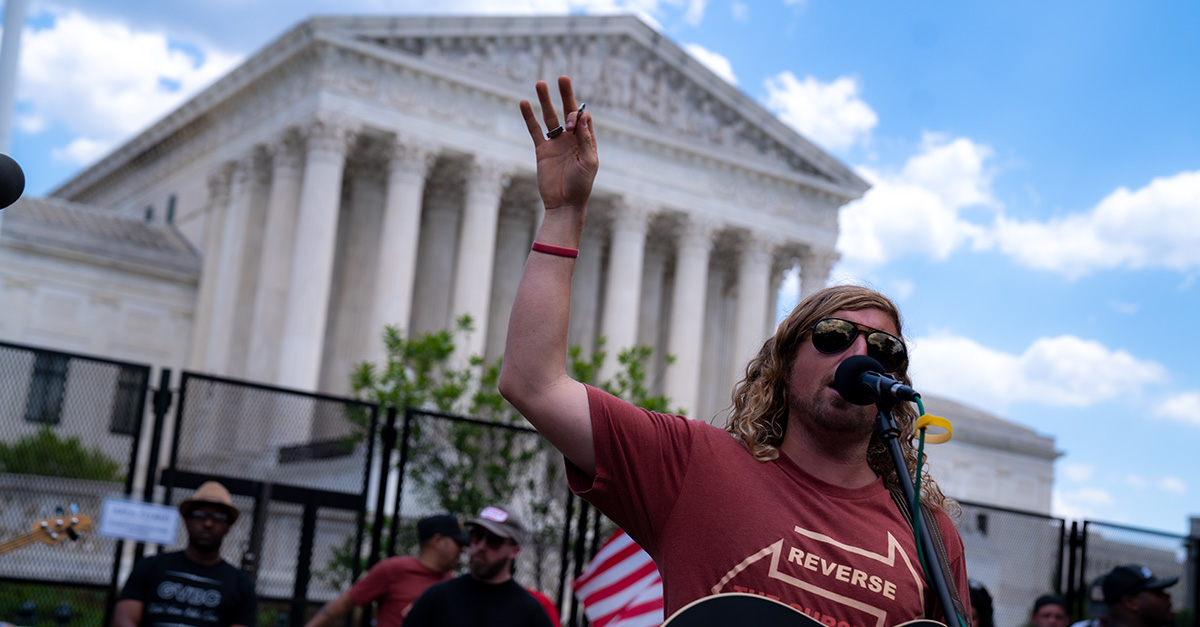