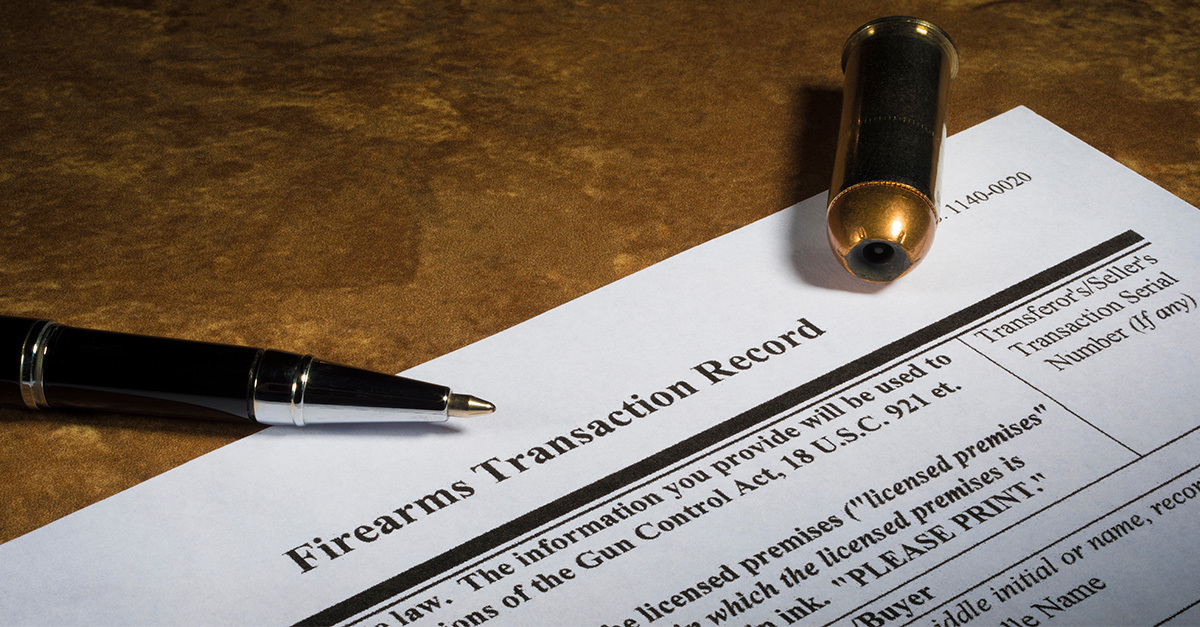 Senate Democrats introduce gun control bill that would give firearm licensing, confiscation authority to the DOJ

The Federal Firearm Licensing Act has been introduced by Sens. Cory Booker, D-N.J., Richard Blumenthal, D-Conn., and Bob Menendez, D-N.J., and would make various changes to gun rights in America, effectively giving the Department of Justice (DOJ) and the Attorney General broad powers over gun ownership.

“In our nation, gun violence has become eerily routine and we’ve done little to stop the horrific mass shootings that devastate the lives of victims and their loved ones,” said Booker. “Accepting this shameful status quo will continue to lead to deadly consequences. We need to adopt proven, common-sense measures that will address the scourge of gun violence and make our communities safer.”

He added, “This bill moves us in the right direction and is based on a simple concept — if you need a license to drive a car, you should need one to buy and possess a gun.”

Unlike drivers’ licenses, which are regulated by the states, this bill would be a federal law. Under the proposed legislation, all those seeking to buy a firearm would be required to obtain a federal firearm license.

To obtain a license, a potential gun owner must be 21 years old, complete a firearm safety course, pass an exam on firearm laws, pass a firing test, complete a background check, submit proof of identity, and submit information on the firearm. The license is only good for one firearm and only lasts for five years. The bill is unclear on whether it intends to limit people to only being able to buy one gun or whether a person will have to apply for a license for each gun and will only be allowed to buy one gun at a time.

If the Attorney General revokes a license, that person’s guns can then be confiscated.

The bill’s proponents claim the bill is proven to reduce gun violence. Menendez said we have a “moral obligation” to prevent massacres and hopes this bill will be passed “before more lives are senselessly lost to gun violence.”

It is extremely unlikely that this law will pass, but it certainly highlights some of the things that those on the left want in gun legislation. There has been a push to raise the age to own a gun to 21 years old, a measure that the Ninth U.S. Circuit Court of Appeals just ruled was unconstitutional. Judge Kenneth K. Lee wrote, “If California can deny the Second Amendment right to young adults based on their group’s disproportionate involvement in violent crimes, then the government can deny that right — as well as other rights — to other groups.”

Giving this much power over the right to own a gun to the Attorney General seems woefully naïve of the potential for tyranny. One need only look at how the DOJ and Attorney General Merrick Garland is targeting and investigating parents protesting at school board meetings as domestic terrorists to know that every law-abiding American should be worried about handing the keys to gun ownership to the Attorney General. No one person should have the ability to deny people gun rights.

Granting the federal government this much power over the ability to defend oneself — including from the government itself, should that need ever arise — is fraught with danger. Lawmakers may look at our violent society and genuinely believe that controlling gun ownership is the best way to control criminals, but today’s crime statistics and the history of authoritarian regimes show that whenever and wherever the people’s gun rights are severely restricted or they are fully disarmed, illegal criminal activity and tyranny are bound to follow.

Lawmakers may want to do something — anything — to alleviate the increasing violence, but the Bible is clear that the most dangerous weapon of all is the sinful heart of man. Lawmakers should tread carefully as they make decisions and consider the best possible solutions. Grabbing guns will only leave law-abiding citizens and their children defenseless against violent criminals that have no qualms about circumventing gun laws — and will also give a power-hungry government the means to grab and wield even more power.

The Second Amendment grants the liberty to keep and bear arms, so this law will likely never pass constitutional muster, but what does the Bible say about self-defense?

Exodus 22:2-3, NKJV, tells us that, “If the thief is found breaking in, and he is struck so that he dies, there shall be no guilt for his bloodshed.” However, if the thief broke in during the day and the homeowner killed him, it would be a guilty offense, conceivably because the homeowner would have help from neighbors or would be able to escape from danger without resorting to self-defense. In Genesis 14, when Lot is kidnapped, Abram (not yet Abraham) took his men and pursued the captors and defeated them. While this passage has no rebuke or commendation, Melchizedek, king of Salem and priest of God Most High, told Abram that God had delivered his enemies into his hand. Self-defense is also addressed in the New Testament. In Luke 22:36, when Jesus sent the disciples out, He told them to take their sword with them and, if they didn’t have a sword, to sell their coat and buy one.

So, Scripture clearly allows for self-defense — but as a last resort. As these issues are debated, Christians must weigh the constitutional right to self-defense and the Bible’s allowance for it against God’s desire that we should live at peace with all men. Christians should want to limit violence of any kind, but are gun control laws the best way to achieve that? As can be seen throughout the Bible and throughout history, a sinful and angry man with murder in his heart will use any weapon he can get his hands on, whether it be a rock, a sword, a rifle, a box cutter and an airplane, or a truck bomb built out of fertilizer and fuel. The ultimate solution is to try to lead violent and troubled men and women to Christ because only Christ can truly change a person’s heart and ways. As 2 Corinthians 5:17, NASB1995, tells us,

“Therefore, if anyone is in Christ, he is a new creature; the old things passed away; behold, new things have come.”

‘God took something that was done for evil and made it for good,’ says pastor of Texas church evicted after speaking against LGBT mural