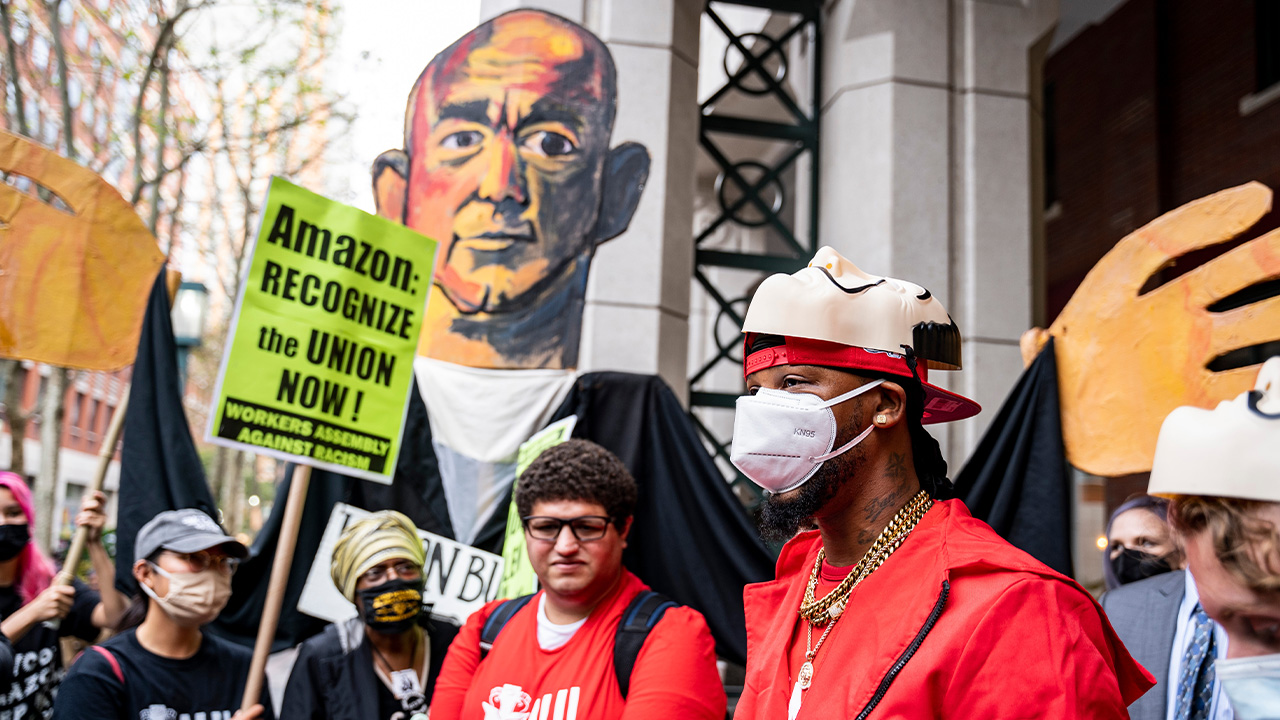 If you have logged on to Amazon recently, you’ve probably seen one of their rolling banners declare that “Every day is Earth Day” for the tech retail giant.

In June, the homepage will be bright with LGBT Pride regalia, and should the Black Lives Matter brand recover from its recent scandal, there’s no doubt the next protest movement that their fiery rhetoric sparks will be thoroughly endorsed by way of invitations to peruse black-owned retailers or browse through the “Black Voices” section of Prime streaming media.

Last year, Amazon Studios released a new inclusion policy which touted a commitment to “to help disrupt the biases that occur across the lifecycle of a series or movie, from the first inkling of a concept to viewers streaming the content on Prime Video.”

The Inclusion Playbook further stated that “the work of diversity, equity, and inclusion requires all of us to disrupt those biases, and the longstanding customs and practices in the industry, in order to achieve real, lasting change. This work is not easy to do, but don’t worry, we’re in this together.”

Writer Bari Weiss couldn’t help but note how such pretty words don’t actually extend to Amazon’s real-world practices. “I wonder how the Amazon drivers afraid to take a bathroom break in order to keep up with their delivery quotas would feel about that,” Weiss pondered.

Well, fast-forward to the present-day, when Amazon workers just made history by successfully voting to create the company’s first union — and woke Amazon is fighting left-wing labor efforts tooth and nail, behaving like the most stereotypically crooked capitalist pigs imaginable.

Clearly, the wokeness only goes so far as Amazon can entice customers.

A Record of Union Busting

On April 1, the 8,000 workers at Amazon’s Staten Island JFK8 facility, 60 percent of whom are black or Hispanic, voted to establish the first-ever Amazon Labor Union. This Monday, April 25, the 1,500 workers at the LDJ5 facility, located on the same site, will hold its own vote.

This success comes nearly a year after intense organizing at an Amazon warehouse in Bessemer, Alabama, failed in its effort to create a labor union after two votes. The first vote, taken in early 2021, had been thrown out after the National Labor Relations Board (NLRB) determined that Amazon corporate was guilty of improper interference. For the second vote, Amazon banned the use of mail-in voting and made it a point to suggest that it might have no choice but to lay off workers (85 percent of which were minorities) if the Bessemer union came into fruition. Not surprisingly, the vote to organize failed.

Amazon in 2022 doesn’t seem to be much better. The company responded to the Staten Island union vote by accusing organizers of threatening workers, and it has since given every indication that they won’t take the historic creation of their workers’ first union sitting down.

Amazon has since filed over two dozen objections with the NLRB and its attorneys are working to overturn the unionization vote. And even if the grassroots, worker-led movement to organize sustains itself against these attacks, they’ve still got to successfully negotiate a collective bargaining contract with Amazon to secure the benefits they’re after, such as higher wages, more work breaks, better medical coverage, and an end to mandatory overtime.

Over in New Jersey, a small facility which had planned to vote to join the Local 713 International Brotherhood of the Trade Union, quietly withdrew its own petition to organize. While the details of why workers rescinded their plans for a unionization vote are unclear, it’s hard not to raise an eyebrow considering Amazon has itself been accused of using intimidation tactics to thwart union efforts.

Is it any wonder that Amazon workers routinely refer to the company as “the beast” and founder Jeff Bezos, the world’s second richest man, as a “union buster?”

It’s not as though progressives aren’t also aware of Amazon’s woke hypocrisy, if only to produce virtue-signaling thought pieces for The Atlantic, perhaps.

As writer Adam Serwer astutely noted in a critical article for the publication from a polarly opposed perspective from my own, “The Amazon unionization campaign illustrates the two-faced nature of corporate branding.”

He explains, “As college-educated Americans have trended Democratic, many corporations have utilized an inclusive sheen to sell their products even as they insist on exploitative conditions for their workers, the better to alleviate the guilty consciences of wealthy liberals who might consider taking their money elsewhere.”

He is, on this point, absolutely correct.

While Serwer went on to make what I’d generously describe as dubious claims about the right-wing, partisan critique of “woke capital,” he unwittingly struck what should be a unifying point between ideologues on both ends of the political spectrum.

Of this “woke capital,” he asserted, “It does not truly exist. It is branding. It is superficial. It is merely another means to profit. That profit-motive can be bent to serve the public interest, but not when corporations have few checks on their influence.”

This is, of course, where Serwer, were he more open-minded, might find emphatic agreement among conservatives, centrists, and classical liberals.

After all, let’s not ignore the fact that it was Amazon Web Services that kicked social media platform Parler off of its servers in the wake of January 6, with virtually no evidence that the platform had hosted any illegal or subversive activity, as was its claim.

The right isn’t simply angry to see gay pride flags when they log on to Amazon to reorder printer paper. Conservatives have been raising Cain, with little more than dismissive scorn from Atlantic writers and their ilk, about the implications of Big Tech companies like Amazon, Apple, Google, Facebook, and Twitter, suppressing and silencing views deemed to be unsavory for public consumption by the same woke ideological machine they use to inspire their superficial marketing tactics.

Time for a Power Check

Amazon’s empire wields enormous power over public influence — in addition to being the largest private employer in the United States — so free speech purists, constitutional conservatives, pro-Trump loyalists, and left-wing intellectuals, socialist politicians, and working-class heroes alike all should have valid concerns about their business practices and methods.

Perhaps it’s time Americans stop viewing concerns over massively powerful companies and the interests of workers in such strictly partisan terms, and, most importantly, in assuming that woke ideology is producing fruit in the way of creating equality, fairness, and anti-discrimination. Clearly, it’s not. Just ask the majority-minority workforce at Amazon’s Bessemer plant in Alabama.

If we stopped bickering over the flags we sport in our social media profiles or which politicians we back in the ballot box long enough, we’d realize that checking the power of Big Tech and corporate America is in the best interests of everyone in this country. Then, perhaps, at long last, we could finally arrive at a solution to achieve just that. 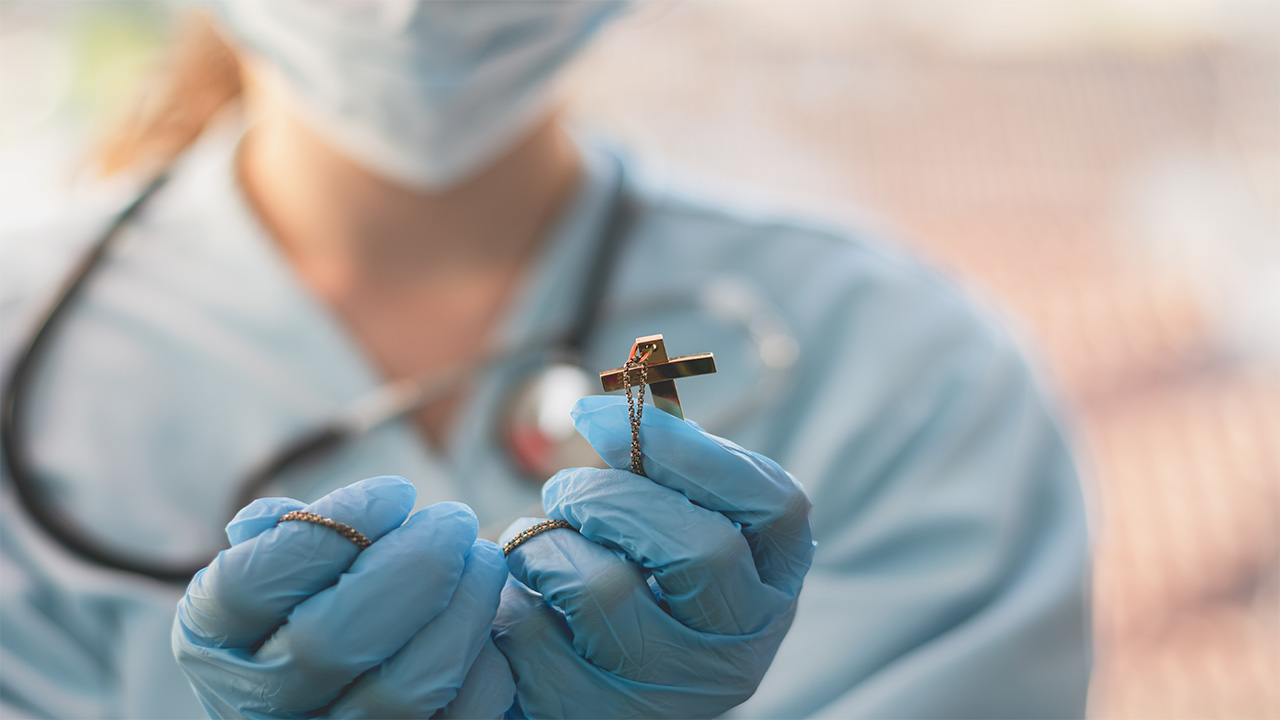