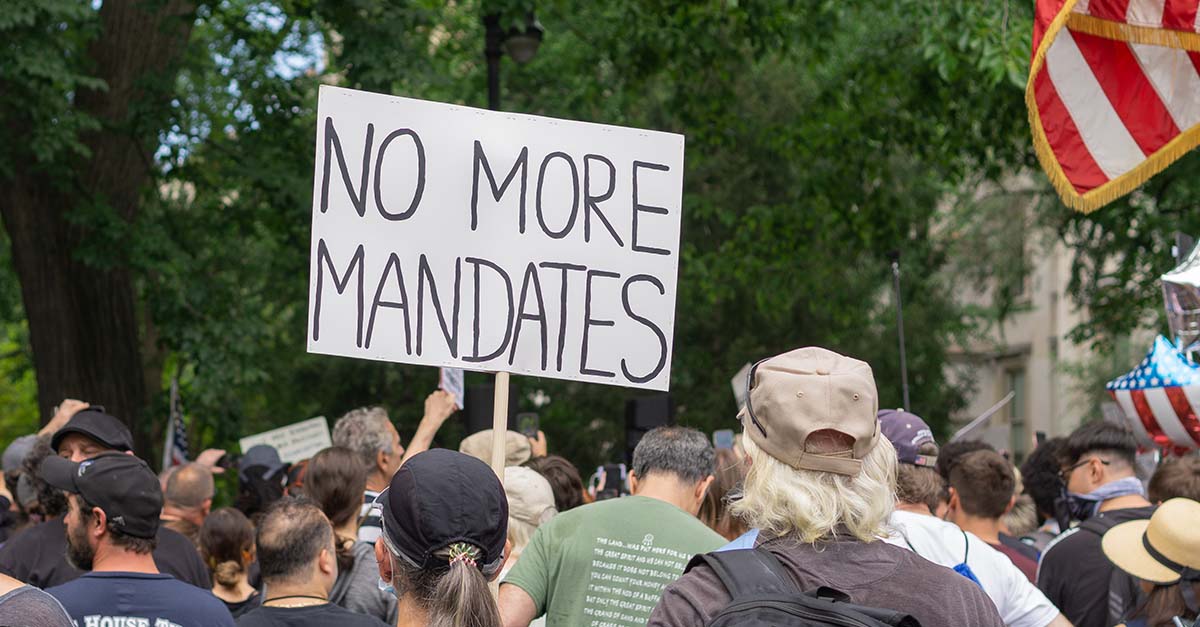 The voices of Washington D.C. residents will be heard loud and clear on Saturday, January 15, as crowds declare their staunch opposition to Mayor Muriel Bowser’s vaccine mandates.

Annabelle Rutledge has worked in D.C. for five years and took it upon herself to plan the event. The protest will begin outside Mayor Bowser’s office in the heart of Washington D.C. and will finish in Lafayette Square outside the White House.

Rutledge sat down with the Standing for Freedom Center’s editor-in-chief, John Wesley Reid, to explain why she felt inclined to arrange the protest:

“I mean, truly the ability to just be a citizen inside the District is severely compromised unless you are willing to show your papers and prove that you’ve been vaccinated. And just as a note, everything will change again on February 15 and if you’re not up to date. So technically you’ve got that first shot…well, you’re not even ‘vaccinated’ anymore as of February 15. So in a month from Saturday, it will be the strictest vaccine mandate in the country to date.”

For many outside the D.C. metropolitan community, it is easy to isolate their view of D.C. to Capitol Hill and the U.S. monuments. However, the district is made up of several entities unrelated to history or government. Restaurants, small businesses, hobby shops, entertainment, and other normal business outlets found anywhere can also be found in D.C. That said, these companies will suffer because of the dramatic decline in business that they will inevitably face.

Reid: “…there’s residents, there’s small businesses, there are things that are completely unrelated to politics here and they are going to suffer … they’re going to suffer because so many people are saying, ‘No, we’re not going to get vaccinated.’ And maybe they don’t meet the requirements for the exemptions, who knows? And so small businesses are going to suffer, once again, and even though during 2020, they had these subsidies and whatnot, it still hurt, it still hurt companies. Some of them never recovered. So this is about freedom, it’s about local economics. What’s your big push behind it, though?”

Rutledge: “This is not a vaccinated versus unvaccinated. I hope there are vaccinated people there. This is for every freedom-loving American who wants to boldly stand up and say, ‘Enough is enough.’ When does it end? … I have been told that I am vermin, that I’m a plague rat, that I’m not fit to be in society unless I show proof of a vaccination. Show proof! … I think when we’ve gotten to the point where we can have such vitriol against our neighbors. I mean, talk about loving your neighbors, I think this is for anyone who loves their neighbors and loves to advocate for the freedoms of their fellow citizens.“

As has been stated, this is not about vaxed versus unvaxed. This is about freedom. While the variants of COVID-19 have shown resistance to vaccines and their boosting supplements, it is fair to say that the majority of vaccinated people have seen a positive result, at least in the short term. However, with numerous breakthrough cases, people on both sides of the spectrum should be charitable and understanding of their counterparts as far as whether the vaccine is wise. But such a nuance should demand that governments defer from forcing citizens to inject themselves with a vaccine that has clearly shown some adverse effects and therefore some reason for people to at least be hesitant. This is, by no means, the government’s place to interfere.

Rutledge went on to explain how it is imperative that we not indulge these oppressive measures:

“…there is disdain and a definite ‘othering’ that is going on right now, but I think we need to have a wake-up moment, and when we’re looking at these elites on our TV, who are basically wishing death on us and our family members because ‘[they’re] not doing what we want them to do’ and ask if they’re even doing what they want us to do. I mean, how often do we see these elites having ‘rules for thee and not for me’ … I think the question right now is, How long are we going to forfeit our structure of government. I mean for two years now, we have had federal edicts coming down from government elites that are forfeiting our Congress but then down to our state and local legislation. When are our state and local legislatures going to step in, when is Congress going to vote on a bill? We’re now at two years. I think there’s a big question here of, How long are we just going to sit under these federal edicts that are, by the way, completely baseless and void of science.“

Reid: “…they say, ‘Well, there’s economic ramifications if they can’t work, blah, blah.’ You could say that about anything. And even if there are going to be economic ramifications, you never have to sacrifice freedom for that…. Think about the tyranny that they (pointing to a picture of the Founding Fathers) stepped away from. They would be embarrassed today. They’d be like, ‘Yaw’ll, did you see what we went through for freedom.’”

Rutledge concluded with a powerful challenge to all freedom-loving Americans to stand up and take action instead of finding contentment with opinions and dialogues:

The protest will happen days after the Supreme Court temporarily blocked the OSHA vaccine/testing mandate that would force private companies with 100 or more employees to be vaccinated or show constant negative COVID test results. While healthcare workers are still subject to the vaccine mandates from a separate case, litigation is brewing in the lower courts that could change when the Supreme Court hears these cases in a full ruling on the merits. 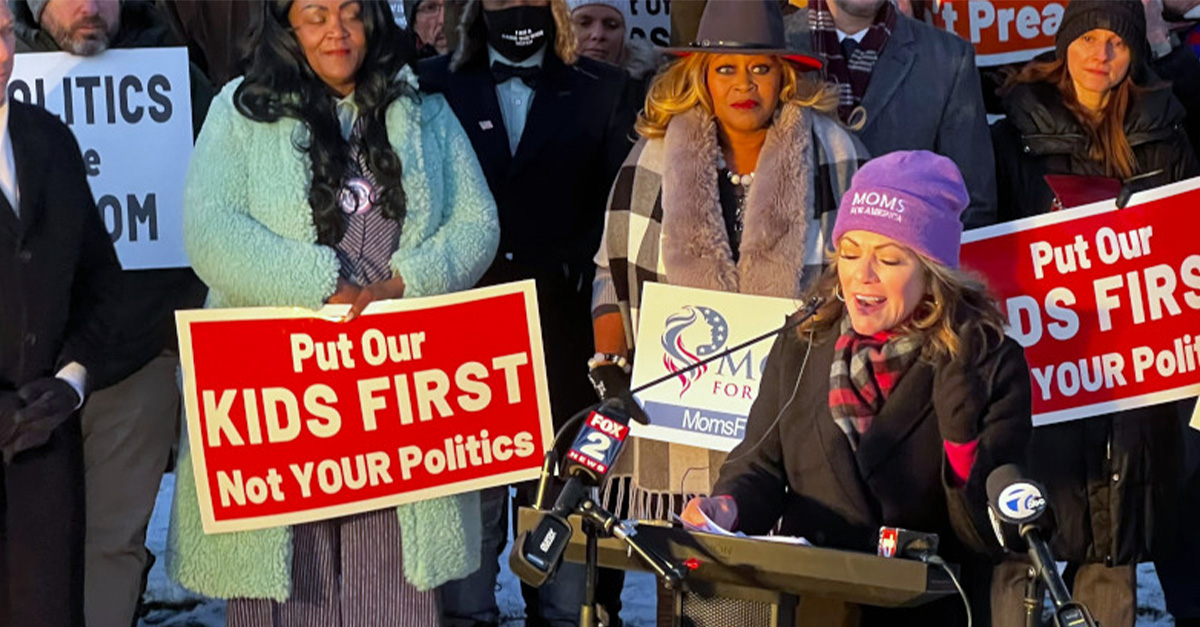