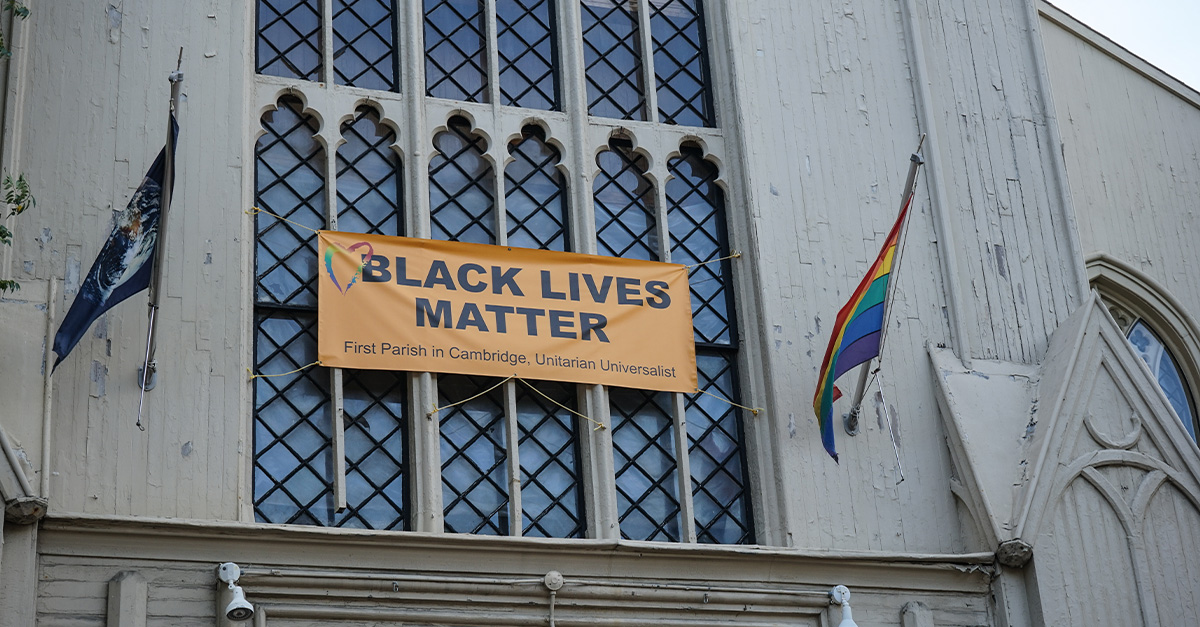 Last week the Salvation Army, known for its red kettles and providing frontline aid to some of society’s most vulnerable members, found itself in the middle of a firestorm over Critical Race Theory.

The Christian charity had uploaded a “study guide” to its website, entitled “Let’s Talk About Racism.” In it, the Salvation Army called on white Christians to lament and repent for their racism; it also decried any pursuit of colorblindness. The guide quickly drew criticism, and after donors began threatening to withdraw financial support, it was taken down. Officials soon thereafter issued a statement, claiming that people were misrepresenting the guide and the group’s intentions.

A more honest response, however, would have been to apologize for being swindled by Critical Race Theory advocates and for accusing white people of being racists simply for the sin of being born white. Despite the official defense, the guide was not misrepresented. It was replete with discussions about white privilege, systemic racism, equity, and the need for whites to repent of supposed racism.

The organization’s commissioner, Kenneth G. Hodder, has since responded to the controversy by saying, “The Salvation Army is not going to take positions on things like CRT. It’s not going to take positions on social theories. Once you go down that road, once you are bullied into making statements that are perceived as being on one side of the political spectrum as opposed to another, it’s impossible to extricate yourself.”

He stated, “Our emphasis is the gospel of Christ. Our focus is to make sure that Christ is seen. That Christ is felt and understood. And we’re going to stay right on that message in the days to come.”

Of the “Let’s Talk About Racism” guide, he said, “Clearly that document was causing confusion amongst our people and externally. We’ve removed it for review and we’ll put something up in the future that is closely aligned to the mission statement that I referred to earlier.”

In recent days, the Salvation Army has quietly posted a less woke statement on racism.

Weak Christian Leaders: Going Along to Get Along

To be clear: This essay isn’t about the Salvation Army nor is it meant to pick on them. The Salvation Army is only the latest example of a Christian organization that has been duped into adopting a radical ideology that far from fighting racism actually imports racial disharmony and Marxism into its midst. Unfortunately, this happens because many Christian leaders practice no more discernment than any secular corporation trying to stay on top of current trends for the sake of garnering good, albeit shallow, PR benefits while also avoiding the wrath of Twitter mobs.

Without publicly calling out any Christian brothers and sisters, the questions need to be posed: How many influential figures, ministries, media outlets, and more have falsely accused a person or group of people of being white supremacists without any evidence? How many have pointed out that these same people need to “repent” of sins and make restitution for modern-day racism or the racism of people in the past? How many have demanded that a person acknowledge all the ways they’ve benefited from white privilege? How many have casually slandered police officers without waiting for all the facts to come out or virtuously integrated Critical Race Theory as a hypothetical but “useful” analytical tool?

And how many have provided moral or monetary support for Black Lives Matter without ever doing any due diligence on the group’s history, agenda, tactics, or financing?

Ah yes, Black Lives Matter (BLM), the organization with the virtuous name that drew support mostly because no Christian would ever disagree with the obvious truth that black lives do, in fact, matter.

But what does Black Lives Matter actually support? The destruction of the nuclear family, for starters, but that’s not all. Currently, they are spending this holiday season attacking Thanksgiving and Christmas, as well as the entire American economic system. On Thanksgiving Day, for example, the organization tweeted, “You are eating dry turkey and overcooked stuffing on stolen land.” Another tweet read, “Colonization never ended. It just became normalized. This nation was built on the stolen land of Indigenous people and the stolen labor and lives of our African Ancestors. Find out which ancestral homeland you’re currently occupying here…”

They continued: “#BlackXmas challenges us to shake off the chains of consumerism and step fully into our own collective power, to build new traditions, and run an offense as well as a defense. Let’s harness our economic power to disrupt white-supremacist-capitalism and build Black community.#BlackXmas is about being self-determined and dismantling existing structures by building new, and more viable, beneficial ones…in the names of our mightiest and most righteous warrior Ancestors, in the names of all those stolen by police violence, in honor of our community, and as a commitment to the generations to come.”

Yes, this is the most well-known supposedly antiracist organization advocating that black people boycott every business owned by white people and overthrow capitalism and policing. How exactly is that anti-racism?

What’s important to realize is that Critical Race Theory shares the same ideology as BLM, which was admittedly founded by “trained Marxists,” not a hard fact to accept given their disdain for the bedrock institutions and values of a stable society.

Like BLM, Critical Race Theory (and the overarching antiracism movement) has its roots in Marxism. This ideology preaches that whites are oppressors, while all other ethnicities are oppressed; moreover, its advocates hold that the American and other Western “systems” are engineered to enrich whites on the backs of other groups.

This would be the point where those with a passing knowledge of Karl Marx and his book “Das Capital” should probably refrain from bringing up the specious argument that “Critical Race Theory isn’t Marxism because Marxism is an economic theory.”

At its core, Marxism is intended to transform whole societies by dividing community members against each other. They do this by categorizing individuals — despite all their unique and complex traits, characteristics, and experiences — and then placing them into one of two simplistic groups: those that supposedly have power and those that don’t. To make things “equal,” one group must overthrow the system, redistribute the wealth, and then build the system back in its new image.

Most communist countries achieved this societal transformation by focusing on issues of class and manipulating the emotions of envy, resentment, and greed. Critical Race Theory, as its name implies, is all about manipulating the guilt and emotions that exist around race (although envy and resentment also play a role). To do this, Critical Race Theorists simply divide whites and all other races into two groups — oppressors and oppressed — and then advocate for the overhaul of a supposedly intentionally racist system.

Christian leaders must actively resist the pressure to react emotionally to this push. To succeed, they must pray and practice discernment. The 19th century pastor Charles Spurgeon said, “Discernment is not a matter of simply telling the difference between right and wrong; rather it is telling the difference between right and almost right.” It would be generous to call Critical Race Theory “almost right” as its racially divisive nature and its divorce from reality are antithetical to Christianity, however the principle holds.

Many Christians are easily made to feel guilty about racism because they actually do care about black people and know that there have been historical occurrences of racism. No Christian wants to be seen as a racist or to support racism, so when the antiracism advocates start pointing fingers, Christians are quick to apologize and fall in line.

But apologizing for a sin that you didn’t commit is a lie. Even worse is falsely accusing someone else of that same sin to make yourself seem virtuous.

For while it may sound loving to repent of something you didn’t do to appease someone who claims to be hurt by racism or to wage a crusade of antiracism against other whites or Christians based on general accusations and stereotypes, it is actually intellectual vapidity and spiritual cowardice.

Before reactively adopting these views, you must examine them to see if they are true and biblical. Yes, racism when perpetrated is evil and should be repented of, but that is not achieved by adopting or even mildly supporting Critical Race Theory. There is nothing Christian about telling entire groups of people that they are oppressors or oppressed based solely on their race or other immutable characteristic, nor is it Christian to divide a community or a congregation based on skin color. And there is nothing righteous about engaging in self-flagellation for a sin you did not commit.

Christianity is based on mercy and forgiveness for your sins, not works-based justification for the sins of someone in your community or the past who happens to share your same skin color. Marxism, racial division, and Critical Race Theory are, to borrow another Spurgeon phrase, no more Christian than chalk is cheese.

Before you slander others or engage in virtue signaling to avoid the mob, examine antiracism and Critical Race Theory. Do your research so you understand the underlying agenda, goals, and strategies. Read about the reality of the implementation of other types of Critical Theories in countries like Russia, China, Cambodia, Cuba, Venezuela, and South Africa.

And then decide: Is this really true, and does it actually align with Scripture?

If you don’t take the time to discern what or who you are bringing into your midst, you — like Salvation Army officials — run the risk of harming your ministry, leading others astray, and hurting those beneficiaries who count on you to do God’s work.