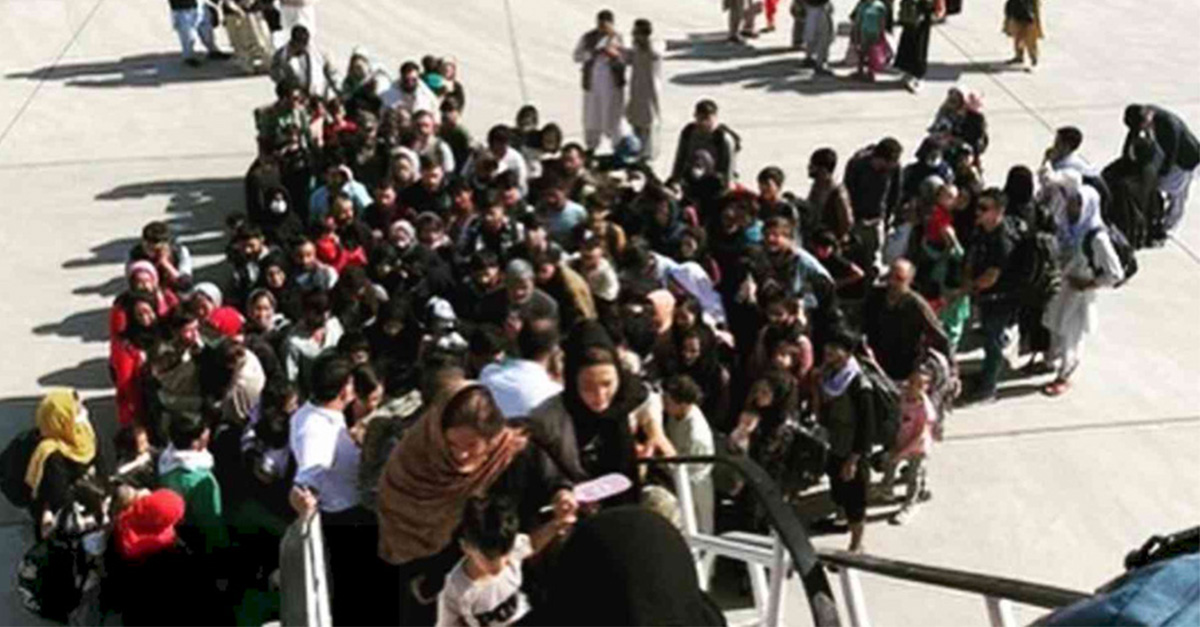 Nazarene Fund founder Glenn Beck announced that the charity has managed to airlift 5,100 Christians out of Taliban-controlled Afghanistan over the last week, using the more than $30 million in funds donated by Beck’s radio show listeners.

This week, as the eyes of the nation remain fixed on Afghanistan as tens of thousands of people clamor for the chance to evacuate the Taliban-controlled nation, private groups have stepped up to do what they can to help those most likely to be targeted by the new violent regime.

The Nazarene Fund, which was founded “to liberate the captive, to free the enslaved, and to rescue, rebuild and restore the lives of Christians and other persecuted religious and ethnic minorities wherever and whenever they are in need,” was one such group, and their efforts have been breathtaking.

“While we slept,” Beck revealed in a social media post on Tuesday, “the Nazarene Fund was busy loading planes. This was the second planeload of Afghanistan Christian refugees leaving Kabul.”

In about a week, Beck’s charity Mercury One raised over $30 million for the efforts after Beck made an appeal on his radio show — to stunning results. Beck, who has been broadcasting reports from an undisclosed nation in the Middle East, went on the Tucker Carlson show on Fox News on Thursday night to discuss the extraordinary rescue efforts.

“These refugees are good and faithful servants that make me embarrassed to call myself Christian,” an emotional Beck said, pointing to the unbelievable courage and faith they have shown in the face of horrific threats. Afghan Christians “are marked not just for death but to be set on fire alive because they’re converted Christians.”

In discussing the mission, Beck pointed to Proverbs 24:11: “Rescue those who are being taken away to death; hold back those who are stumbling to slaughter.”

In an Instagram video on Tuesday, Beck revealed that he had traveled to an undisclosed location in the Middle East where the Nazarene Fund was overseeing the evacuation efforts and gave an update on the dire situation.

“We are doing our best to make sure that every dime goes to the people who need it. Right now it’s just paying for airplanes,” he explained, adding that many of the planes were still waiting for State Department clearance.

“Please pray for all of those people who are in harm’s way. Lord, we ask that you would just watch over them, keep them safe. If they are at the gates, Lord, let those gates open up for them, find a way in to the tarmac and for our planes to get off the ground and get to someplace safe,” he pleaded.

On Thursday evening, Beck told Carlson that he believes the U.S. State Department, which has faced pressing questions on the efforts to evacuate Americans this week, has been a source of “obstacles” to the efforts to evacuate and settle Afghan Christian refugees. He said that some Islamic nations, which he would not name, have appeared more willing to take the displaced Christians than the U.S.

“Call your senator, call your congressman, tell them to put the heat on the State Department, [because] it is an abomination what is happening here,” he said.

While Afghanistan did experience a degree of western-style modernization under the U.S.-backed regime, the Christian church has faced social persecution and legal restrictions on their ability to preach the Gospel and practice openly. Conversion to Christianity from Islam is viewed as an offense worthy of death — something the Taliban is no doubt ready and willing to enforce.

Under the Taliban, life for Afghan Christians will go from grievously bad to unthinkably worse.

Some estimates place the total population of Afghan Christians at around 10,000-12,000, but as the church has lived largely underground, it is difficult to know an accurate figure.

However, if this figure is anywhere near accurate, this means that the Nazarene Fund may recover somewhere close to half of the total population of Christians in Afghanistan — a truly miraculous feat, for, as Beck stated early on, “There’s no way this happens unless God is present.”

All political implications aside, the Afghan crisis has shocked the conscience of our nation for a reason. We are getting a real-time, up-close look at what happens when genuinely evil people seize power.

For those who worship a God who works all things together for His good purposes and for His glory, however, it is all the more spectacular to see what happens when His people give what they can to minister to those in most urgent need of protection and care.

The Taliban is empowered right now — but the power of the Lord’s hands and feet will always and forever be stronger.