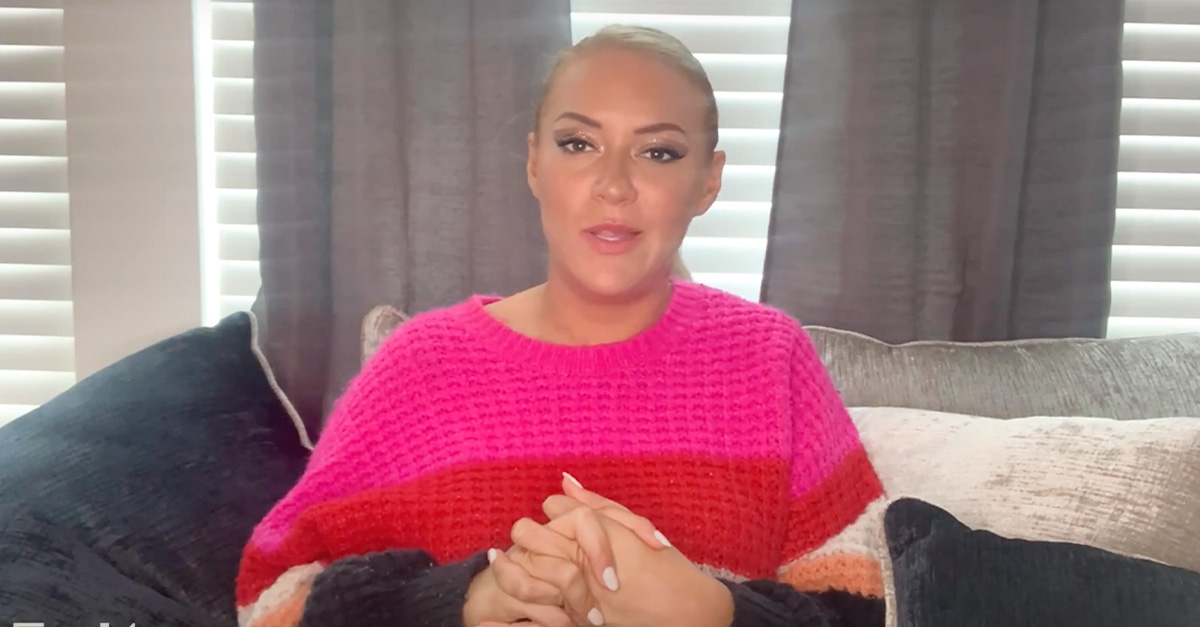 ‘You will regret it your whole life’: Pussycat Dolls singer talks about the sorrow she feels over her abortions

Former Pussycat Dolls singer Kaya Jones is speaking out publicly for the first time about her three abortions and the regret she still feels, pleading with women not to make the same choices she made and encouraging those who have had an abortion that they can find healing in Jesus.

Jones, 38, graciously opened up on Student for Life of America’s “Speak Out with Christine Yeargin” about the impact of her abortions, as well as the hardships she faced as a member of the Pussycat Dolls. She admitted that being in the band felt more like being in a prostitution ring.

“It feels like you are a slave, literally, to your dream and the powers that be are holding the keys to the kingdom. You have no access to personal thoughts, space, choices, decisions. You are an owned commodity. You’re not allowed to think for yourself, feel for yourself, date for yourself, want for yourself, what you eat is decided for you.”

She described how the members of the band were highly sexualized, forced to maintain a slim figure, and were often criticized for what they ate. Jones told the story of the moment she realized she had to leave the band. Jones said that as she was going on stage she was told that she was fat. Ironically, at the same time, she was going through another abortion “in real time” that she had been encouraged to initiate. While performing she looked down and saw two little girls looking up at her who said, “Wow, Mom, she’s a Pussycat Doll.”

Jones recalled why this finally awakened her to the sad reality of her life:

“These young women are going to have this as their focal point of what beautiful is, what fame is, what success is and nothing on me, nothing in that moment was saying, ‘Caution, this is a lie’. Nothing was saying that and I was a lie in that moment. There was nothing beautiful about me. I was tainted. I was destructive. I was destroyed. I was completely enchained and bonded to the devil, or the enemy, or the realm of death if you will, where I was living in my worst self.”

Jones left the band but confesses that she had another abortion at 30 after she was raped.

The Grammy-winning singer said she had a total of three abortions. “After the first one, you don’t think you’ve done anything wrong. Once you’ve crossed that line, it’s a very slippery slope to continue to cross those lines,” Jones said.

When she realized that she was pregnant at 30, she said she wanted to keep the baby, but due to stress and complications, decided to abort her child. It was the pain she experienced from aborting her children that prompted her to speak out about the act.

To those who say those who are raped should have an abortion, she said, “I’ve gone through it all, and I will assure you, you will regret it your whole life. Even if I become a mother tomorrow and happily married, all is well, I’m still going to regret the three children I did not have.”

She discussed the anger that many feel when hearing someone pro-life speak, saying that much of it comes from the shame of their own experience.

God’s grace is something Jones sought in her own life. While on Tomi Lahren’s show on The Blaze in 2017, Jones said, “I pray to Jesus.”

There was immediate backlash from those in the music industry. She said a number of people called her, insisting that she’d ruined her career. She told Yeargin that she was appalled, responding, “I’m not walking anything back. I’m not walking back God. I’m not walking back Jesus. I love Him so much…I don’t know anyone who would want to walk back when you’ve received Jesus.”

Jones may be famous, but she’s not unusual. There are thousands and thousands of women who feel grief and guilt over their choice to have an abortion.

Pro-abortion groups want women to believe that no one ever experiences a moment’s regret over having an abortion, but experience says that is simply not true. Studies also show that women who have an abortion tend to develop emotional problems. One study found that the mean suicide rate among women was three times higher for those who had an abortion, while the suicide rate among women who gave birth was half the mean — making women who had an abortion six times more likely to commit suicide than those who gave birth.

What these numbers tell us is that abortion doesn’t help women, and no matter how much the pro-abortion activists try to convince Americans that abortion is a simple medical procedure, most women know that something truly terrible has been done.

God’s Word prohibits abortion. The primary reason is that God detests murder — especially of the most innocent and vulnerable among us.

All of God’s commands were designed not only to protect victims from evil but also those who commit sin. When King David sinned, he experienced great suffering. Psalm 38:3-4 says,

“There is no soundness in my flesh because of Your indignation;
There is no health in my bones because of my sin.
For my iniquities are gone over my head;
As a heavy burden they weigh too much for me.”

God tells us that sin provides us nothing good. Romans 6:20-23 says,

“For when you were slaves of sin, you were free in regard to righteousness. Therefore what benefit were you then deriving from the things of which you are now ashamed? For the outcome of those things is death. But now having been freed from sin and enslaved to God, you derive your benefit, resulting in sanctification, and the outcome, eternal life. For the wages of sin is death, but the free gift of God is eternal life in Christ Jesus our Lord.”

God’s Word will guard us from sin and its consequences if we listen, but it also brings us to the grace of Christ for repentance and forgiveness of our sins.

Women who have had an abortion know deep down that they were once “with child” and by their choice that child’s life has been terminated. Many women live in silent pain, unable to handle that their decision can never be undone and unsure where to turn.

The solution, as Kaya Jones has lived and is now boldly telling the world, is to turn to Christ. Only He can save us from our sins and only He can provide the love, mercy, peace, and forgiveness that we need to not only obtain salvation but to forgive ourselves for the harm we have done to others.

Many women, like Kaya, are pressured by the abortion industry or those with a self-serving agenda into taking the (seemingly) easy way out of an unplanned or inconvenient pregnancy. And some don’t realize what they’ve done until it’s all over. But thanks to Christ and His sacrifice on the cross, no sin is beyond His forgiveness and no sinner is beyond His grace.

As Christians, we must follow Kaya’s example and compassionately reach out to women who have had an abortion, share the Gospel with them, show them Christ’s love and mercy, and pray fervently that they receive both His salvation and His peace that passes all understanding. 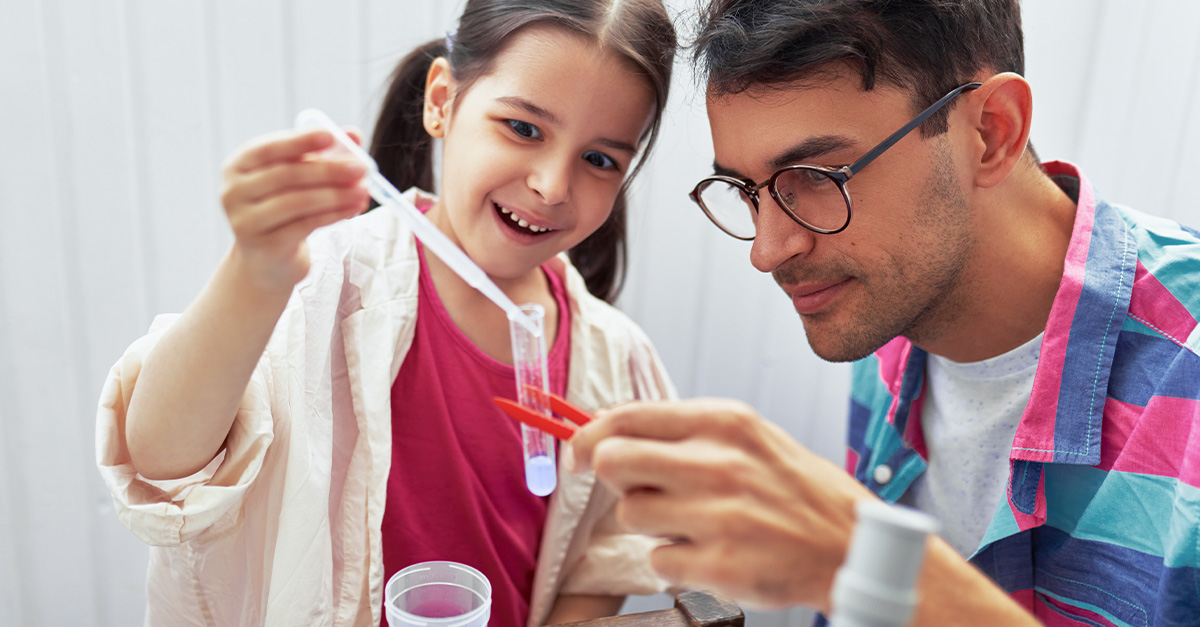 Biblical Reasons to Homeschool Your Children