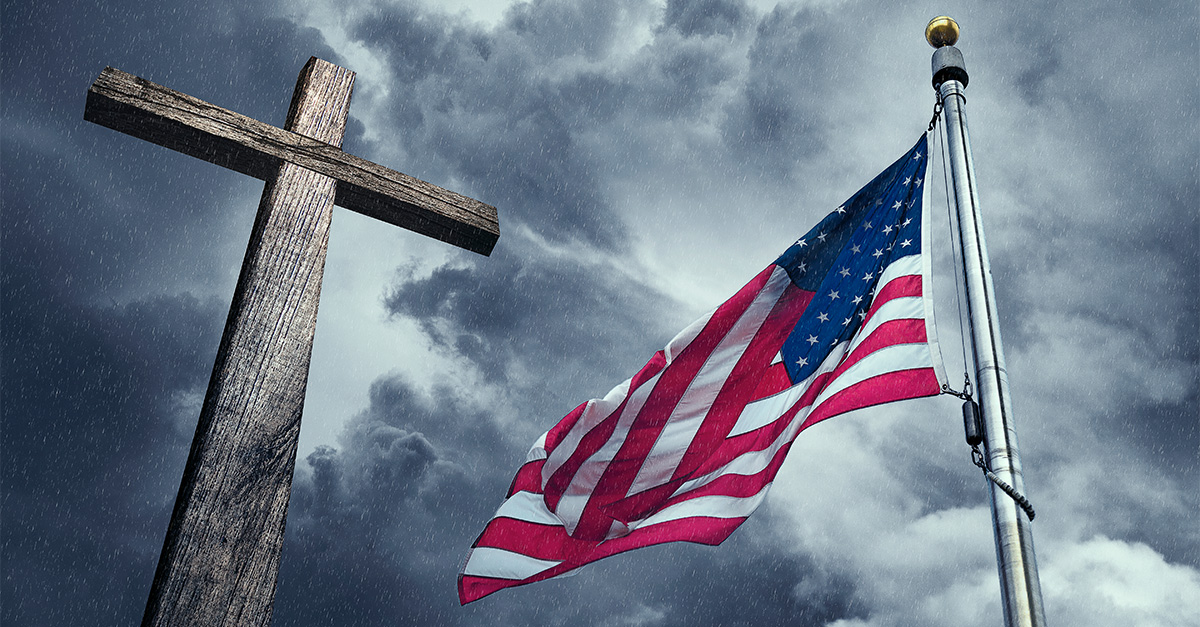 In God we trust.

For most of our national history, these were neither controversial nor contrived sayings. Of course, that’s not to ignore the well-documented historical moral failings of the United States, such as slavery, or present abominations, like abortion. Still, millions of Americans throughout the years wouldn’t bat an eye at the idea that America was a Christian nation in a general sense. Rather, most Americans would have been surprised to hear someone say it wasn’t.

These days, things seem different. The question about the relationship between the religion called Christianity and the country called America is fraught with peril. In case you’ve missed it, there is a wee little debate going on about “Christian nationalism” right now. Well, not so little really. Far from wee, it’s actually rather wild.

From where I sit, it’s a good conversation to have. And it appears inevitable that we will have that conversation, even if not here and now. We will have it because politically motivated progressives are intent on using the term as a scary shibboleth to outgroup the “deplorables” clinging to their guns and Bibles (see Perry, Samuel) on the one hand, and on another, based and biblical brethren are equally intent on capturing it as a rallying cry for a movement of national renewal (see Wolfe, Stephen). All of that is to say that I don’t intend to stake out a position on Christian nationalism in this piece — though you may wager a good guess simply based on my last name. Deep breaths. We are going to make it. Some of us, at least.

But there have been a few quality quotes that I’ve come across lately (provided by my local quote dealer) about shall we say, a Christian nation, or at least a nation containing many inhabitants and leaders who aspired for it to be a Christian nation. Now, I’m not supposed to say the name of said nation, lest I be accused of being a Christian nationalist, and I said I wasn’t doing that in this piece. But these quotes are worth sharing for a more comprehensive historical perspective on the question. Okay. It’s the United States.

And these quotes really are worth listening to. They span hundreds of years of our history. They come from very different people. Yet they (generally) argue the same basic point: Christianity is the indispensable moral, cultural, social, and spiritual foundation of the United States of America. If we utterly forget this and lose that foundation, little good will follow.

“Our dangers are of two kinds, those which affect our religion, and those which affect our government. They are, however, so closely allied that they cannot, with propriety, be separated…The foundations which support Christianity, are also necessary to support a free and equal government like our own. Whenever the pillars of Christianity shall be overthrown, our present republican forms of government, and all the blessings which flow from them, must fall with them.”

Jedidiah Morse (1761–1826) was a pastor, a geographer, and the father of Samuel Morse (who invented the telegraph and…you guessed it…Morse code). In a sermon delivered in 1799, he issued this warning — that the future of free government, such as had been established in America, was dependent on the foundation of Christianity.

In other words, the moral teachings and metaphysical commitments contained within Christianity, the recognition of the one true Creator God, the demand for the respect for the life, liberty, and property of fellow image-bearers, the commitment to man-woman marriage, family, and education, all of these values which come from Christian teaching, if they were ever to be “overthrown,” then America would be overthrown as well.

Morse is not arguing that a constitutional republic is the same thing as the gospel of Jesus Christ. Far from it. He’s simply pointing out that the American system and commitments, the beliefs expressed in the Declaration of Independence, the Bill of Rights, the Constitution, and a system of self-government, only work if they are running on the moral fuel of a Christian society.

Some might call the American system of government an expression of “classical liberalism.” That may be so. But the only way it works is if it is set in the framework of the pre-liberal, or illiberal, commitments of Christianity to objective truth and moral order.

Just as surely as the blessings of liberty flow from these commitments, Morse rightly points out, they will fall without them.

“If we pass beyond these matters to a view of American life, as expressed by its laws, its business, its customs, and its society, we find everywhere a clear recognition of the same truth. Among other matters note the following: The form of oath universally prevailing, concluding with an appeal to the Almighty; the custom of opening sessions of all deliberative bodies and most conventions with prayer; the prefatory words of all wills, ‘In the name of God, amen;’ the laws respecting the observance of the Sabbath, with the general cessation of all secular business, and the closing of courts, legislatures, and other similar public assemblies on that day; the churches and church organizations which abound in every city, town, and hamlet; the multitude of charitable organizations existing everywhere under Christian auspices; the gigantic missionary associations, with general support, and aiming to establish Christian missions in every quarter of the globe. These and many other matters which might be noticed, add a volume of unofficial declarations to the mass of organic utterances that this is a Christian nation.”

This is a portion of a Supreme Court ruling in the case of Church of the Holy Trinity v. United States. The opinion was written by Supreme Court Justice David Brewer. The case was about an Anglican church that had hired an English clergyman, even though at the time, under the Alien Contract Labor Law, “the importation and migration of foreigners and aliens under contract or agreement to perform labor or service of any kind in the United States, its territories, and the District of Columbia” was prohibited. In the ruling, the Court found in favor of Holy Trinity, and Brewer penned these famous words: “this is a Christian nation.”

Brewer would go on to explain at length more of what he meant by that, writing a book The United States a Christian Nation. I hope to review that in another article someday. But suffice it to say for now, when Brewer was pressed to consider what the essence of America was, he concluded it was the unmistakable fact that we were, in so many ways, a Christian nation.

“America’s founders were influenced in significant ways by Christian ideas when they declared independence from Great Britain, drafted constitutions, and passed laws to protect religious liberty…Did America have a Christian founding? This book reveals that that answer is a resounding yes.”

This quotation is from the introduction of Mark David Hall’s important book Did America Have a Christian Founding?: Separating Modern Myth from Historical Truth. In it, he argues, as you can tell from the quote, that America did indeed have a “Christian founding.” In the conclusion, Hall reiterates his case. He presses the point, claiming:

“In this book I have presented a great deal of evidence that America had a Christian founding. If all it accomplishes is to provide a more complete account of Christianity’s role in the American founding, I will consider it a success. Progressive secularists may want to believe that most of America’s founders were deists who created a “godless” Constitution that strictly separated church and state, but these views fly in the face of evidence. This book may change a few minds, and it should enable readers already skeptical of these arguments to better combat them.”

Hall’s book is worth the read, but what I particularly appreciate about it is his candor and force in making this declaration: America had a Christian founding. Take that, Commies.

“The foundations which support Christianity, are also necessary to support a free and equal government like our own.”

“This is a Christian nation.”

“Did America have a Christian founding? This book reveals that the answer is a resounding yes.”

From 1799 (and before) to 2019 (and beyond) the question of the relationship between Christianity and the American nation has been — and will continue to be — debated.

There is no doubt that in the wake of the moral revolution of the last 50 years (which has woefully reconfigured our national imagination), the rise of secularism, the acids of postmodernity set to our cultural foundations, and now the woke onslaught, this question gets a bit tricker. Hence the Christian nationalism conversation (again, a topic for another day).

But the historical record stands as both witness and questioner. These men — Morse and Brewer — thought this about America (witness), but do we (questioner)?

As a contemporary historian, Hall wants to help us understand our past better. As a politically minded theologian, I do too. To that end, I hope these quotes spark as many mental fires in your mind as they do in mine. If so, let me encourage you to run after the answers and consider the implications for America — for both today and tomorrow. 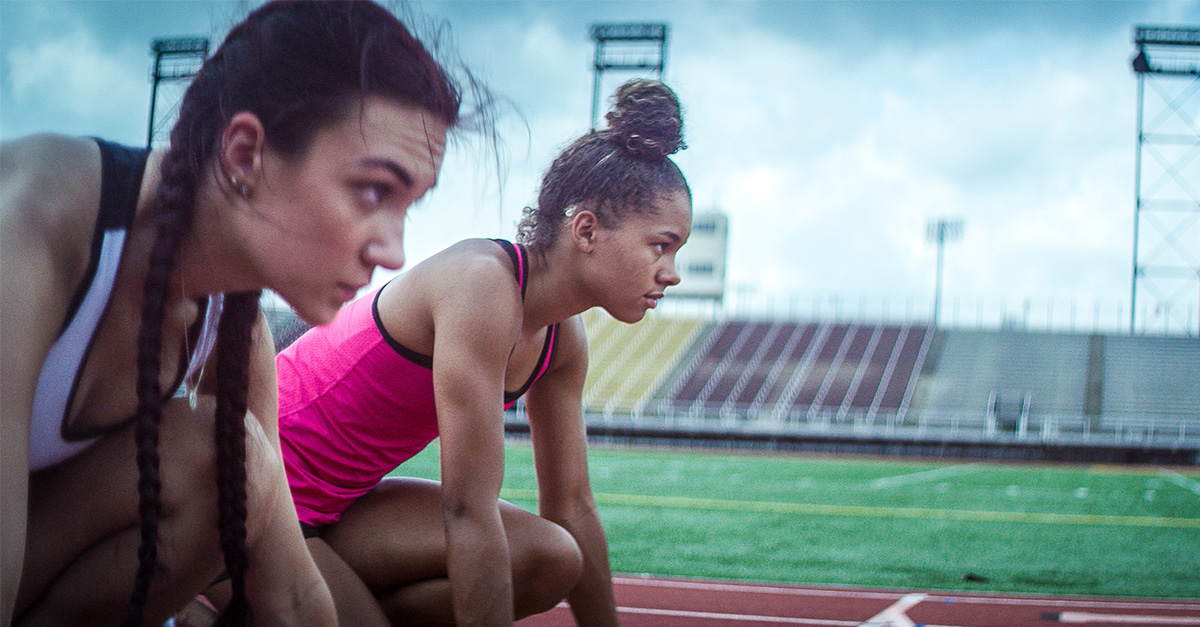