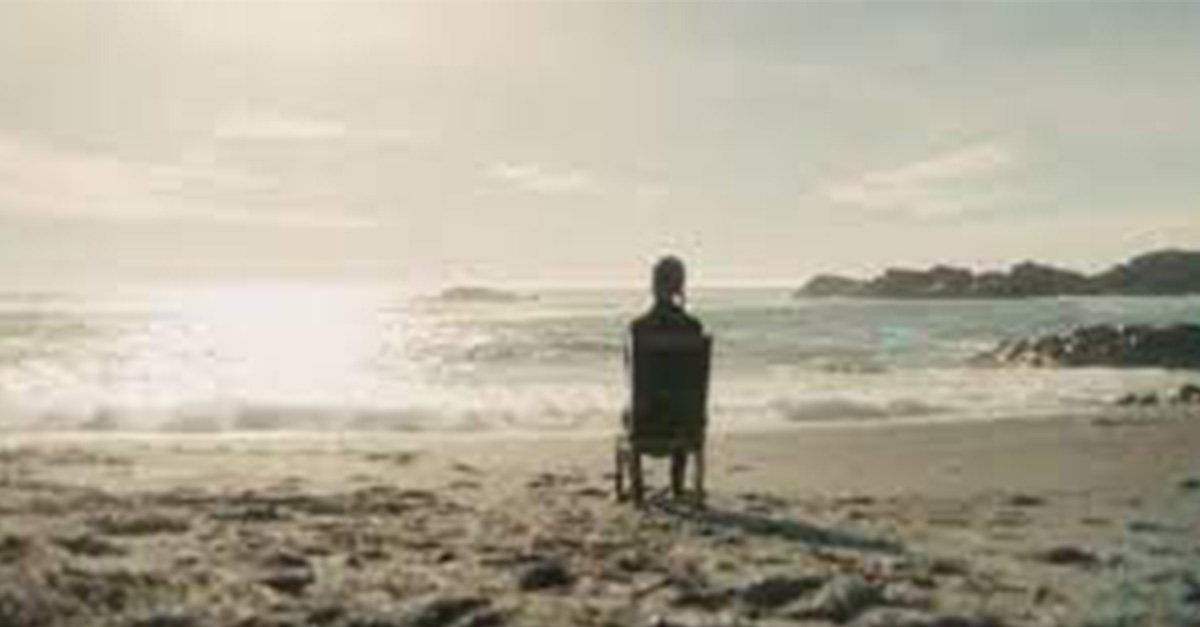 The Commercialization of Canada’s Death Cult

At first, I didn’t know what I was watching. Well, to be fair, I knew what the shocking headline said it was that I was watching — but even with that in mind, it was still unclear what exactly I was about to witness.

It was a commercial. It was selling me something. It was whimsical, alternating between dark and colorful lighting, with bubbles, oceans, and music. There was a woman’s voice narrating. “Last breaths are sacred…”

As the video played on, the horror dawned on me. It became apparent what exactly this ad was offering: Death. It was a commercial for euthanasia — glorifying the commodity of physician-assisted suicide.

Indeed, the commodification of death has come to Canada. And it arrived wrapped up in an artfully shot and deceptively clad video, courtesy of a clothing designer.

This video is a three-minute commercial, dubbed “All is Beauty,” by one of Canada’s largest fashion retailers, La Maison Simons (Simons for short). A Canadian outlet, National Post, reports that the commercial, released last month, “profiles the final weeks of 37-year-old B.C. woman Jennyfer Hatch, who was approved for a doctor-assisted death due to Ehlers Danlos syndrome. Hatch died just days before the video was released, although the condition is never once mentioned in the film.”

For the last five years, the Canadian government has been grotesquely expanding a program known as “medical assistance in dying” or MAID. In 2021, new laws were passed that, among other things, removed the “requirement for a person’s natural death to be reasonably foreseeable in order to be eligible for MAID”; a further expansion, set to take effect in March 2023, will allow euthanasia for the mentally ill, and a joint commission of Parliament is currently studying “the eligibility of mature minors.” That’s right — Canada might make it legal for children to commit physician-assisted suicide in the not-so-distant future.

It’s bad enough that these laws are even on the books. It’s truly shocking that a major fashion brand is now glamorizing such a deadly option in a TV commercial.

And Simons makes no apologies about it. Their CEO, Peter Simons, explains that he views the commercial as “an effort by the company to use its ‘privilege’ to promote ‘human connection’ and ‘hard beauty.’” He goes on to argue that “I think we sincerely believe that companies have a responsibility to participate in communities and to help build the communities that we want to live in tomorrow and leave to our children.”

Writing for the New York Times, columnist Ross Douthat remarks that “For those communities and children, the video’s message is clear: They should believe in the holiness of euthanasia.”

Because the truth is that there is no “hard beauty” about an ever-expanding regime and culture that offers death as the solution to life’s problems. Douthat continues:

“It is barbaric, however, to establish a bureaucratic system that offers death as a reliable treatment for suffering and enlists the healing profession in delivering this “cure.” And while there may be worse evils ahead, this isn’t a slippery slope argument: When 10,000 people are availing themselves of your euthanasia system every year, you have already entered the dystopia.”

“Dystopian” doesn’t even begin to describe this.

To make matters worse (if that were possible), it has since been reported that the woman who was featured in the commercial “only opted for assisted suicide after her years-long attempts to secure proper health care failed.”

A few months before electing to end her life through physician-assisted suicide, Hatch gave an interview under a pseudonym in which she says, “I feel like I’m falling through the cracks so if I’m not able to access health care, am I then able to access death care? And that’s what led me to look into MAID.”

Haunting. Heartbreaking. Horrifying. Such abandonment and despair should be wept over and addressed with societal repentance and change — not amplified for millions to see like it was a glorious or even glamorous option.

The backlash against the video was so extreme that Simons has since made the video private on its YouTube channel. But who knows how much damage was done already? Or how many deadly seeds were planted in the minds of those who are genuinely suffering and need healing, not a needle full of poison injected into their veins by a “doctor”?

In a 2015 paper explaining the evils of this kind of “treatment,” Ryan Anderson wrote that physician-assisted suicide (PAS) “negatively affects our entire culture. The temptation to view elderly or disabled family members as burdens will increase, as will the temptation for elderly and disabled family members to view themselves as burdens. Instead of solidarity through civil society and true compassion, PAS creates quick-fix, discriminatory, and lethal solutions.”

As Christians, we know that this is wrong. MAID is antithetical to the Bible’s clear teaching on the value of each and every life (Genesis 1:27, Psalm 139:14). Worse, it allows doctors — and confused patients — an opportunity to “play God” by determining the moment of death, something God has not given mankind the license to do. God and God alone is the author and giver of life. We read in Psalm 139:16 that “all the days ordained” for us “were written” in God’s book “before one of them came to be.”

In John 10:10, Jesus teaches that “The thief comes only to steal and kill and destroy; I have come that they may have life, and have it to the full.”

Physician-assisted suicide is not a “hard beauty” — it is a thief. It steals, kills, and destroys. The increasing acceptance of this barbaric practice just underscores how far so many Western nations have fallen away from their Christian heritage.

Douthat again remarks that “the further de-Christianization proceeds, the stronger the impulse to go where the Simons video already went — to rationalize the new order with implicit reassurances that it’s what some higher power wants.”

The new order that the Simons commercial is selling commodifies death in service of the self. It is an anti-Christian regime that denies the fundamental truth of the Christian faith: the resurrection.

The God of the Bible is the God who reigns supreme over life and death. He is a God who defeated death through death so that the captives of sin might go free and embrace eternal life. The Christian faith holds out this unfading hope that must never be forgotten: No matter how hard a situation may be, God can speak and create light, He can bring life from the dead, and He can restore what seems doomed to destruction.

Societies that give up on this truth, that trade the glories of the resurrection for the satanic inversion of artfully advertised “death by doctor” are sending a clear signal about their own future — which is, there may not be one.

Make no mistake about it, my fellow Americans: If Canada’s death cult has gone commercial above our northern border, it’s only a matter of time until it works its way south into the playlist of our own YouTube algorithms.

While such a trajectory seems all but inevitable for a nation that is as intent on rebellion as America seems today, I refuse to consign America’s future to a spiritual MAID program. The tomb is empty. Satan is crushed. Christ sits on the throne — not death.

The commercial got one thing right: Last breaths can be sacred. But only one set of last breaths was sacred — the last breaths of Christ on the cross, when he died in triumphant victory. It’s in His name we should work and pray against this death cult. And it’s in His name we trust that eternal life will one day dawn, no matter how dark, grim, and full of death-for-sale it gets in our world until then.