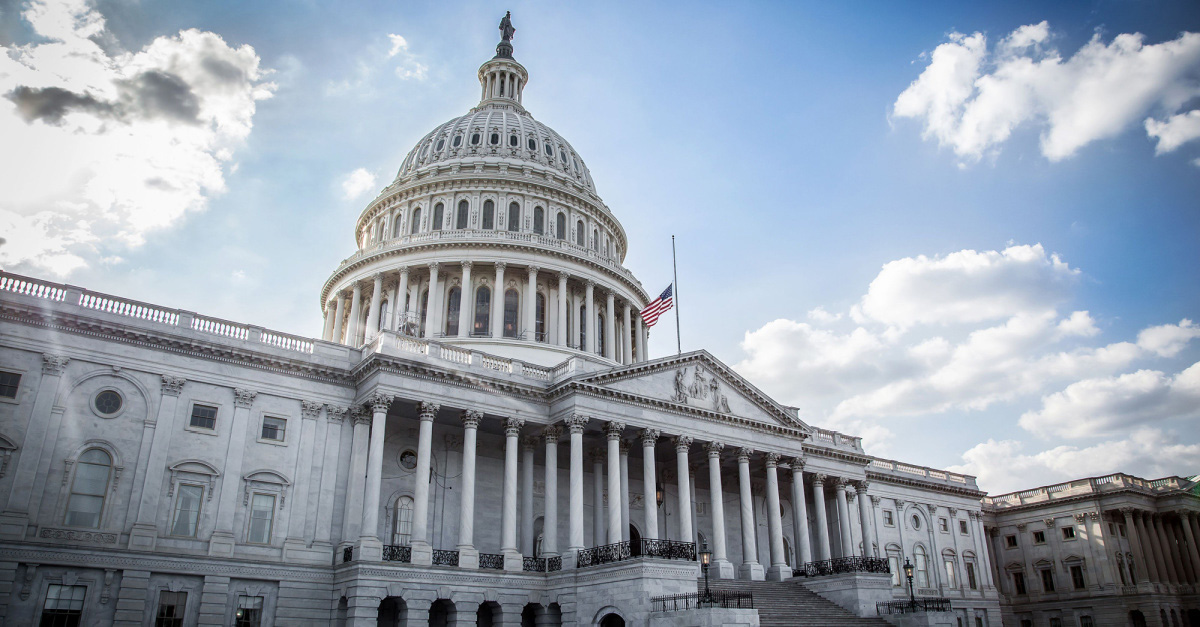 On December 5, 2022, Satanists and their pantomimes aggressively counter-protested a faith-centered rally outside the Supreme Court during oral arguments for a case involving free speech and religious freedom.

The very next day, directly across the street from the Supreme Court, the name of Jesus echoed throughout the chambers of the U.S. Capitol building as Liberty University choral students boldly declared the gospel message.

This opportunity came during a trip to Washington D.C. organized by Capitol Hill Ministry for Liberty’s School of Music ensemble groups, LU Praise and Shine. Steve Muller, dean of the LU School of Music praised his students’ ministerial efforts.

“I am routinely impressed by these students’ gifts and talents. But what really encourages me is to see how passionately they use their talents to glorify God – unapologetically. This was a fantastic opportunity to represent Liberty University in our nation’s capitol and to bring the gospel message to our public leaders. We look forward to seeing fellow LU alumni in DC again soon!“

During their tour, the ensemble groups sang Christmas carols in the Lyndon B. Johnson Senate office where members of the U.S. Senate and their staffs assembled to watch. After their time in the LBJ office, LU Praise and Shine had the unique opportunity to sing “I Speak Jesus” in the Capitol Rotunda. The acoustically awing structure provided a powerful ambient additive to the already incredibly gifted choir. The video below captures students singing these lyrics:

Jesus for my family
I speak the holy name
Jesus

Junior commercial music major Madi Vargo reflected on the experience and identified Christ as the only source of political and cultural unity, explaining:

“Not many Christian groups get the opportunity to sing in a political building where a lot of times religion isn’t involved. So being able to set aside whatever party, whatever side people are on, and just proclaim the name of Jesus in the Capitol building was so powerful … The world is so broken and politics is so broken, and the only thing that will ever keep it together is Jesus.”

“I felt privileged that God has given me this opportunity to stand here and literally sing, to use my voice to share the gospel. It broke me, and I was like, ‘Lord, our Capitol really needs you, and if this single moment of me singing is the step, then let me be here.’”

Days later, the same choral ensembles performed at the Museum of the Bible for alumni in the area. In a powerful Christ-centered delivery, Patrick Shorts, assistant director for LU Praise, led the ensembles and accompanying artists through a medley of carols and hymns while ensuring the gospel story was very present.

MBA student Mark McDowell has toured D.C. four times as a choral member and sees these trips as a way of reaching hurting people. He stated,

“You never know who’s out there or what experiences or trials they’re going through. So the fact that we can still freely proclaim what Christ has done in a God-gifted way is a great opportunity to share this grace with the lost.”

These choral members have been overtly transparent about the ministerial side to using their talents, with Amarachi Nnadozie, a graduate student studying clinical mental health counseling, saying,

“God does not need perfect. He just wants your heart. The Lord is able, we just need to be willing. He’ll meet you wherever you’re at.”

Jada Davis, a sophomore music and worship major, emphasized her desire to declare Jesus boldly in places like D.C. — places where Jesus’ name is often used in vanity for campaign purposes.

“The audience was filled with people from all over, which was a beautiful picture to me. We are a hurting and broken people, but we’re still going to shout Jesus’ name from the mountaintops. We are going to speak the name of Jesus, and the fact that so many people were able to do that with us tonight is phenomenal.”

Charnay Sampson, a senior family and childhood development major, highlighted the members of Congress who serve to protect religious freedom.

“You often hear senators and congressmen saying, ‘Oh yea, I go to church, I love Jesus,’ but to actually be at the Capitol and see them worship is different. It shows that there are people in Congress looking out for Christians and want to protect us as Christians and have God be more involved in the world.”

Allen Cox, a senior commercial music major, pointed out the importance of bringing Christ to the public square and to those who otherwise may not come to church.

“It was really cool for us to be able to reach out and minister to senators and congressmen where they actually work instead of a church. We literally got to be the hands and feet of Jesus, practically sent out into a workforce that really needs the light of Jesus.”

The Supreme Court rally that took place a day before the rotunda tour was heavily attended by Liberty University students. Two buses filled with students left Lynchburg, Virginia, at around 3:30 a.m. to attend the rally. The case, 303 Creative v. Elenis, is centered on Christian graphic designer Lorie Smith. Smith, who is being defended by Christian legal firm Alliance Defending Freedom, is challenging a Colorado accommodation law that would force her to create custom designs that directly conflict with her religious convictions. Smith refuses to create anything that carries a hateful message or celebrates any worldly activity that conflicts with Christianity.

That there were Satanists at the Supreme Court harassing Christians and demanding an end to religious freedom in America says it all. As the Apostle Paul writes in Ephesians 6, “For we wrestle not against flesh and blood, but against principalities, against powers, against the rulers of the darkness of this world, against spiritual wickedness in high places.”

Fortunately, we don’t battle against these dark powers alone. God is battling on our behalf and He will prevail. As Amarachi Nnadozie noted, He only asks for us to be willing to come alongside, “to be strong in the Lord, and in the power of His might,” and to “speak boldly” and “make known the mystery of the gospel.”

During the advent season in preparation for the coming of Christmas, Liberty University students did exactly that in the face of evil and to the glory of God. May they continue to “put on the whole armor of God” so they are “able to withstand in the evil day” and leave a tremendous gospel-shaped footprint in Washington D.C. and across the world. 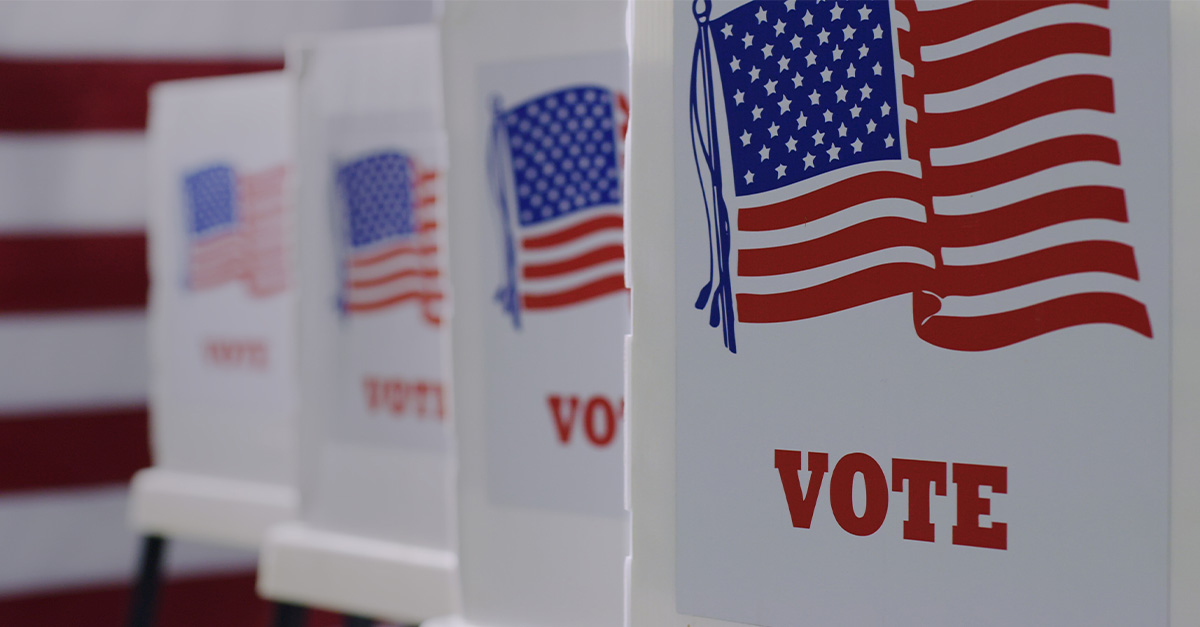 Why I, a Christian Woman, Vote