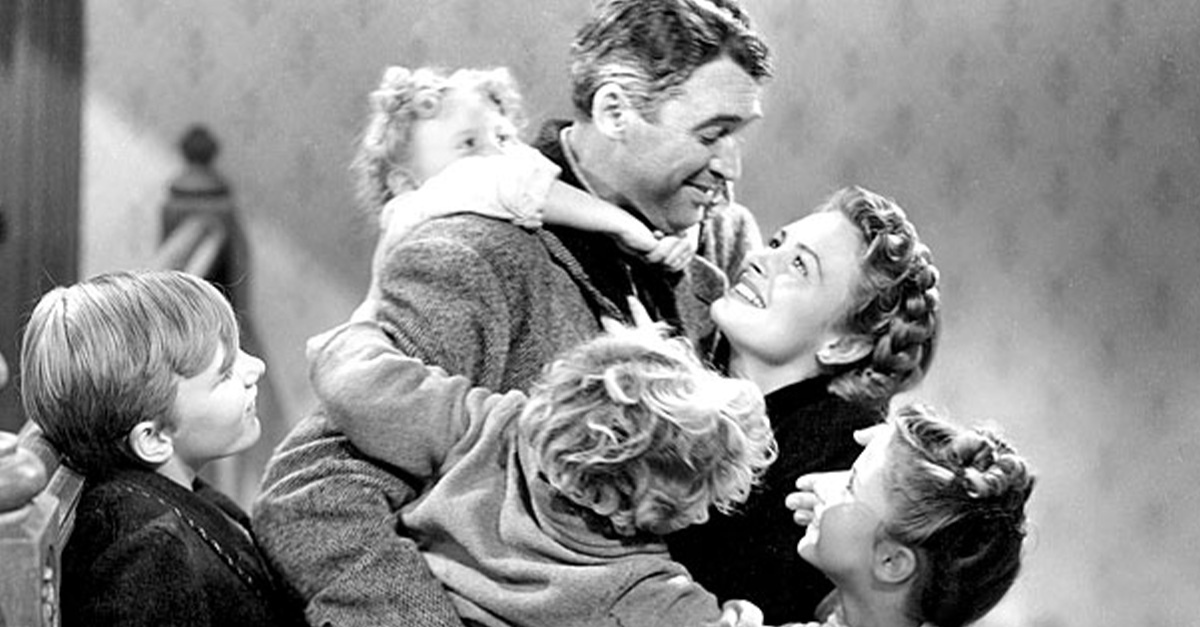 One of my favorite Christmas movies of all time is the classic “It’s a Wonderful Life.” In it, the main character, George Bailey, has boyhood dreams and aspirations of shaking the dust off his sleepy town and taking the world by storm. But he soon finds himself settling down, marrying the girl of his youth, and caught up in a lifelong struggle of self-sacrifice to ward off the evil clutches of the local Robber Baron, Mr. Potter, and keep his family business alive and Bedford Falls out of poverty.

Tired, frustrated, and desperate — and through no fault of his own — George Bailey soon finds himself embroiled in a bank scandal brought about by his absent-minded uncle, Billy. At the end of his rope, bankrupt, and likely headed to jail, George contemplates taking his own life on Christmas Eve.

That night he is confronted by a guardian angel named Clarence. Clarence saves George’s life and imbues him with a glimpse of what the world would be like if he were never born. The alternate reality of Bedford Falls without George Bailey is a painful and haunting vision right out of Charles Dickens’ A Christmas Carol that shakes him to his core. He soon begs Clarence to get his old life back.

With his original reality restored and experiencing a newfound joy despite all his present struggles, George Bailey rushes home to embrace his wife and children, fully expecting to be arrested and sent to jail. Instead, the entire town rallies behind George and his family at home, donating all the funds needed to cover his uncle’s shortfall. George’s life is triumphantly saved.

The movie closes with George and his family, surrounded by lifelong friends, being toasted by his baby brother as “the richest man in town.”

There are many reasons why “It’s a Wonderful Life” is heralded as one of the greatest Christmas classics. I mean, who doesn’t love the redemptive story of George Bailey? But few will immediately recognize the political principles and lessons of American greatness and freedom embedded throughout the film.

Once you see the parallels, though, they will be impossible to forget.

All Politics is Bedford Falls

Everything in the film begins and ends with Bedford Falls, the tiny town where George is born and bred to carry on the lifelong struggle of altruism and self-sacrifice. While Bedford Falls at first leaves much to be desired for a young dreamer like George, who hopes to one day travel to the seven wonders of the world and build bridges and skyscrapers on seven continents, he later grows to love his childhood home.

Bedford Falls represents so much of the political and social order we know and enjoy in America. All politics is local, and Bedford Falls is as local as it gets. Every major contemporary worldwide event seems to intersect Bedford Falls, including the Great Depression, New Deal, and World War II. Throughout the film, the trials and troubles of the outside world always come to Bedford Falls, yet the community always seems to rally together to meet them.

While Bedford Falls is small, it is by no means isolated from the great big world beyond. George’s boyhood friend Sam Wainwright becomes an enterprising business magnet and succeeds in the plastics business. The greedy Mr. Potter not only has a firm grip on the community but business interests that extend well beyond the United States and Europe. Harry Bailey, George’s brother, becomes a national war hero, receiving the Congressional Medal of Honor for his service in World War II.

While the world is a big place, nothing seems beyond the reach of the local community of Bedford Falls. Again, all politics is local, and Bedford Falls is as local as it gets.

One of the most distinctive settings of the film is the long-time Bailey Building & Loan, the family business that George’s father and Uncle Billy started together. The floundering enterprise became a beacon of hope for the community because it’s the one business outside of Mr. Potter’s control and his prominent bank.

While the Bailey Building & Loan was by no means a business raking in the dough, it was a natural alternative to Potter’s economic influence over the working-class citizens of Bedford Falls. The company offered low-interest loans for mortgages and new construction so that young families did not have to be beholden to predatory lending, high rents, and a life of scrapping poverty.

The real point of free market capitalism is economic freedom. The market economy is not simply about becoming rich but becoming free. And the market freedom to choose, as Milton Friedman often argued, is essential to that freedom. With that market freedom of choice comes economic mobility, wealth generation, and the American dream. This is well beyond materialistic ambitions that have often become the caricature of the political left.

And without competition in Bedford Falls, as we find in George Bailey’s dystopian reality of never being born, Mr. Potter had a virtual monopoly on all banking, lending, and business. The Bailey Building & Loan represents the working-class institution essential to achieving American freedom.

Bailey Park is another distinct feature representing hope for the ordinary citizen and the forgotten man. Early in the film, when the board of directors is deciding the fate of the Bailey Building & Loan after the death of George’s father, George stands up to Mr. Potter and gives a rousing speech.

The purpose of the Building & Loan was to build Bailey Park, and the purpose of Bailey Park was to give human dignity to the forgotten man. Notice that the Building & Loan wasn’t a government program or solution but a market alternative. It was a business focused on providing value-add to the community — and that value-add, ultimately, was human dignity.

George argued that getting out of Potter’s slums made better citizens and customers. It all goes back to the working class of the community. They are the ones that “do most of the working and paying and living and dying” in the community. For Mr. Potter, these people were a “rabble” to be treated like “cattle,” but to the Baileys, they were “human beings.”

Later in the film, Bailey Park has grown to include many from the community of Bedford Falls, the working class, and former tenants in Mr. Potter’s slums. The rent collector remarks: “Fifteen years ago, a half-dozen houses stuck here and there… Look at it today.  Dozens of the prettiest little homes you ever saw. Ninety percent are owned by suckers who used to pay rent to you. Your Potter’s Field, my dear Mr. Employer, is becoming just that. And are the local yokels making those David and Goliath wisecracks… The Baileys were all chumps. Every one of these homes is worth twice what it costs the Building & Loan to build.”

The Baileys weren’t chumps. They were in business to serve their customers and their community, not themselves. And so, Bailey Park became the gathering place for the forgotten man and the gateway to economic freedom from Mr. Potter’s owned properties and rents.

When Mr. Potter was threatened with the reality that he would never dissolve the Bailey Building & Loan by board vote nor take it over as he did the bank during a financial crisis, he worked to buy George Bailey off. Of course, his scheme didn’t work, as George was soon wise to Potter’s devices, and he turned him down cold.

Mr. Potter represents more than a local Robber Barron or business oligarch; he represents the enemy of freedom. He is more than willing to provide gambling halls, bars, restaurants, and local entertainment as long as it means that the working man spends all his hard-earned money rather than save, build a life, and escape Potter’s endless poverty cycle.

Like the left’s dystopian vision of capitalism, Potter represents a command economy that is centralized and collectivist, where people work to earn money only to trade their life for essential goods and necessities. With the concentration of power and resources, there is little to no alternative or independence that is created.

This is collectivism and not freedom. In the dystopian reality of a world without George Bailey, Bedford Falls becomes Pottersville. This is not unlike Klaus Schwab speaking on the pandemic as an opportunity to “reflect,” “re-imagine,” and “reset our world.”

Schwab’s World Economic Forum is pushing for a world where “you will own nothing” and “be happy.” This is the nightmare world of Bedford Falls without George Bailey or the Bailey Building & Loan. Potter has total hegemonic control over the community, and every citizen is worse off.

Potter isn’t the epitome of capitalism or the market economy, but collectivism, centralization, and the social credit system. His system and way of doing business are destructive and truly un-American.

“It’s a Wonderful Life” is a truly great American film and represents many of the historical qualities that made America great. Those include the work ethic, human dignity, and economic freedom. When George Bailey found himself in a personal crisis of his uncle’s making, and he had no other way to address it but to take responsibility, the community he sacrificed his life to support rallied together to ransom and redeem his life.

While many will simply enjoy the film for its nostalgic and universal appeal, the moral and spiritual lessons are unmistakable. They appeal to the best qualities and representations of American greatness and the freedoms we have long enjoyed that should forever be celebrated. “It’s a Wonderful Life” is a genuinely great film. I hope you will take the time to enjoy it this Christmas. 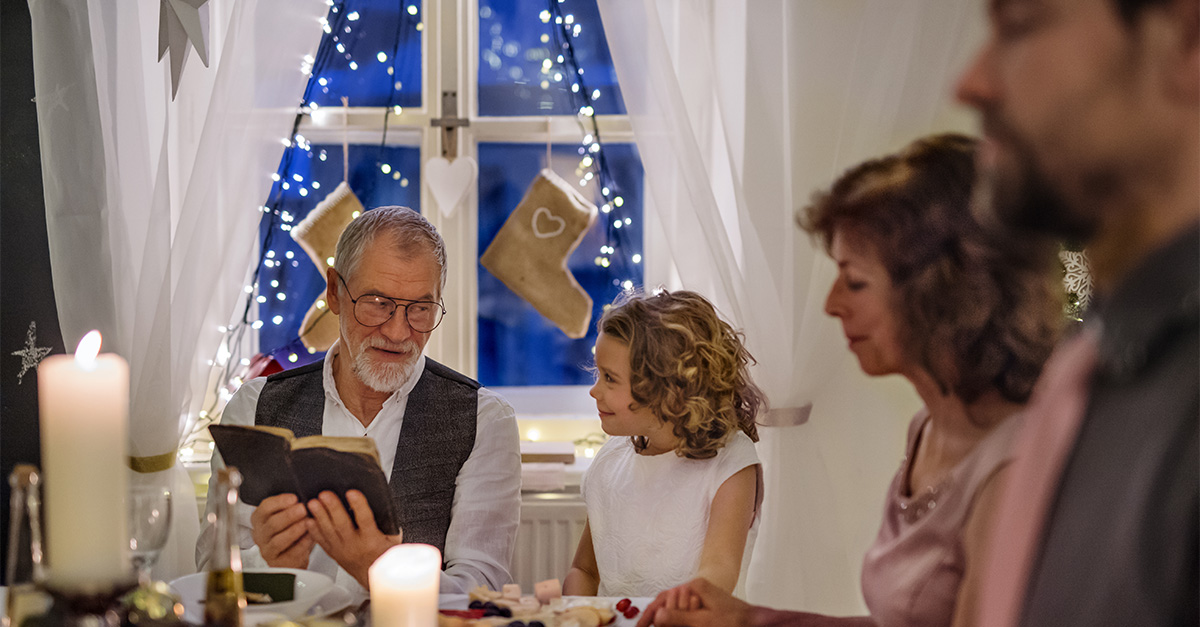 Three Ways to ‘Prepare Him Room’ This Christmas