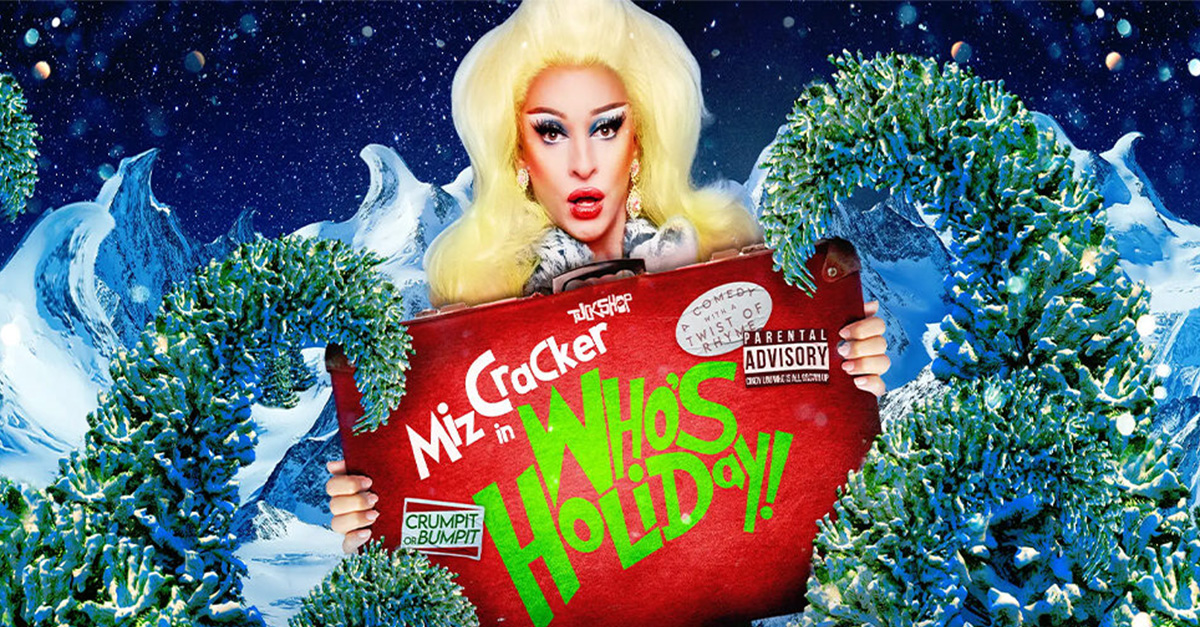 2022 In Review: They Really Are After Your Kids

There are examples aplenty from which to choose, but as we wind down 2022 and vault into a New Year, let’s pick one current story that depicts just how devoted the “Alphabet People” are with turning our children into unruly transgender disciples and upbraiding the authority of the family in the process.

And not just review this demonic devotion but to use it as motivation to redouble our efforts as parents to protect our children from those intent on their emotional and physical destruction.

Ever heard of Miz Cracker?

Don’t worry if you haven’t. I had no idea who this dude was either until recently.

Apparently, he appeared on “RuPaul’s Drag Race,” which is a show I’ve never watched. I take it you haven’t as well. But a quick Google search tells me it’s a “reality” TV series that is now in its 14th season and spotlights “talented drag queens” attempting to dazzle “the world’s most famous drag queen” — RuPaul.

In other words, if you’re looking for a new TV show to binge on during the holiday break…I guess you’ll need to keep looking.

That being said, at least you have some context for what comes next.

Miz Cracker, whose real name is Maxwell Heller, was a popular guest on the “Drag Race” program. Maxwell used that “fame” to catapult himself into even greater exploits, like starting a podcast called “She’s A Woman” (LOL!), doing comedy specials, and, his latest project, giving us the “drag queen” version of “How the Grinch Stole Christmas!”

In the original Dr. Seuss edition, Cindy Lou Who, recall, was the “sweet little tot” from Whoville who caught the Grinch stealing her Christmas tree, protesting, “Santy Claus, why? Why are you taking our Christmas tree? WHY?”

Cindy Lou Who is “not more than two.” She is adorable, she is innocent, and she embodies that childlike wholesomeness, all character traits that today’s trans enthusiasts find unacceptable.

What? A story that doesn’t rage against heteronormativity and fails to bad-mouth the patriarchy?!

Thus, we get Maxwell’s account of an older Cindy Lou Who, a “hard-drinking, pill-popping, very experienced woman.” The one-man performance is called Who’s Holiday! And, by Maxwell’s own admission, it’s an “ungodly” take on the Christmas season.

To be clear, this isn’t about seizing a classic Christmas tale and putting an entertaining adult twist on it, like the movies “Violent Night,” “Fatman,” or “Bad Santa.”

Nope. This performance is about undermining the significance of Christmas itself.

Don’t take my word for it.

“To say that Christmas is about traditional values or values of any kind anymore is pretty ridiculous,” Miz Cracker told PinkNews. “Christ is nowhere featured in this.”

Ironically, our pal Maxwell isn’t too far off the mark when he says that “if you look at the way people knock down the doors of shopping centers, I think you can tell that we have separated Christmas from Christ.”

There’s a great deal of truth to that observation.

Yet his solution is not to undo the commercialization of Christmas and refocus our attention on God’s one and only Son but instead to double down on these separation efforts, specifically as it pertains to trashing the family unit. To wit:

“I think any opportunity that we have to kick down traditional family values is welcomed. The way of thinking about family is old and tired and we need to reinvent it. I think that Who’s Holiday! does that. It makes fun of family and I think it talks about chosen family and talks about the friends that really matter and what it means to have them in your life. So yeah, f*** family.”

“F*** family” is saying the quiet part out loud, the ultimate end of trans ideology, which not only seeks to detach children physically and emotionally from their God-given bodies but also seeks to remove children from the parental love and covering of the God-ordained household.

For instance, after the pervert Sam Brinton got busted stealing female luggage at airports, it came out that, before joining the Biden administration, Brinton helped mold local school policies that concealed the “gender identity” of students from their parents.

Brinton, the cross-dressing “non-binary” former employee at the Department of Energy, previously worked for the Trevor Project, lobbying school districts across America to become more “LGBTQ competent,” which, in part, meant school officials taking it upon themselves to determine if the “parents’ actions are in the best interest of the student.”

Under the guise of “suicide prevention,” some of those “actions” include keeping parents intentionally uninformed about their child’s classroom gender if these officials conclude that “a student is LGBTQ and living in an unaffirming household.”

As one mother emphatically declared, “This is a deliberate attempt to undermine familial relationships, which are very difficult to rebuild once damaged.”

That’s the game right there — to undermine familial relationships.

And not just undermine them but to then replace them with a “new” family model. Or as Maxwell himself put it, “we need to reinvent it.” This reality is why Miz Cracker calls his bawdy Dr. Seuss play both “ungodly” and an “opportunity” to “kick down traditional family values,” while maintaining that “family and friends are the most important things that you can have on the holidays.”

These are not schizophrenic statements but instead reflect the worldview fight over how Maxwell and his ilk are striving to recast the terms of the family according to their postmodernist appetite. If one’s biological family isn’t “affirming” to the Alphabet People’s propaganda, fine — get a new family!

And now we have deviant school staff eagerly assisting kids in this regard, deceptively forming relational bonds with students that are intended for parents only. The left is endeavoring to create a parallel family, one with its own set of ethics and value system.

So, as we begin jotting down personal goals and aspirations for 2023, at the top of the list for us parents should be a clear game plan on how we are going to protect our little ones from those forces trying to “steal, kill, and destroy” their identity, innocence, and destiny.

Oh, before I let you go, would you be shocked to learn that Mr. Miz Cracker was — wait for it — a schoolteacher before he started his career in the drag queen industry?

Nah, you’re not surprised, not at all. That’s very on brand for his “profession.” 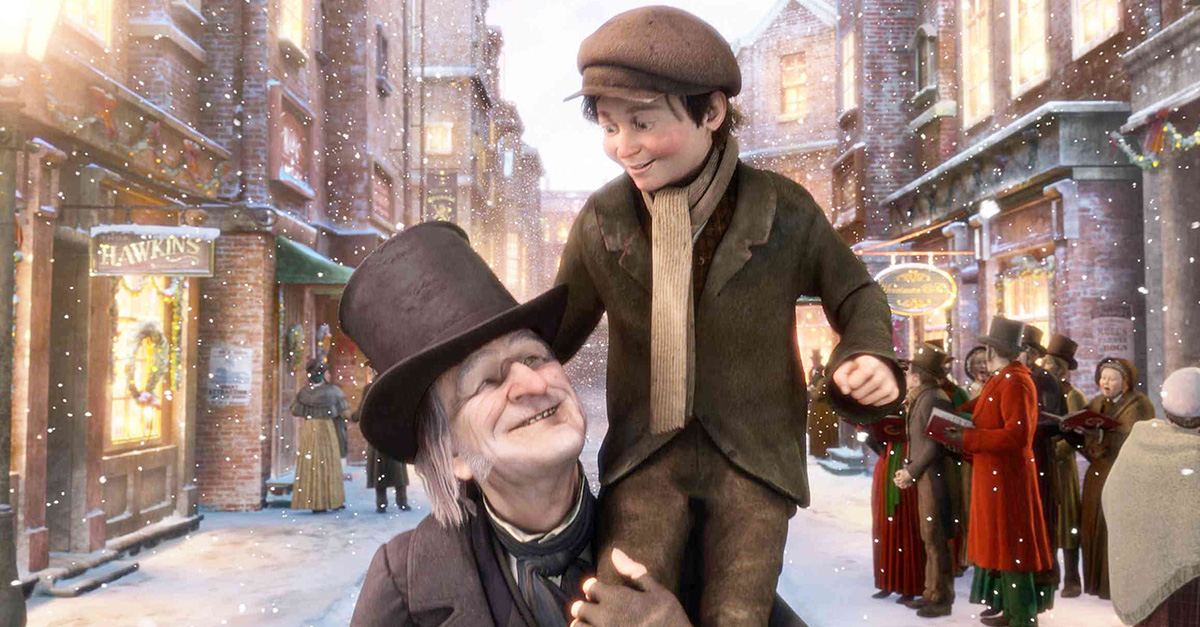 Ebenezer Scrooge and the Salvation Hope of Christmas