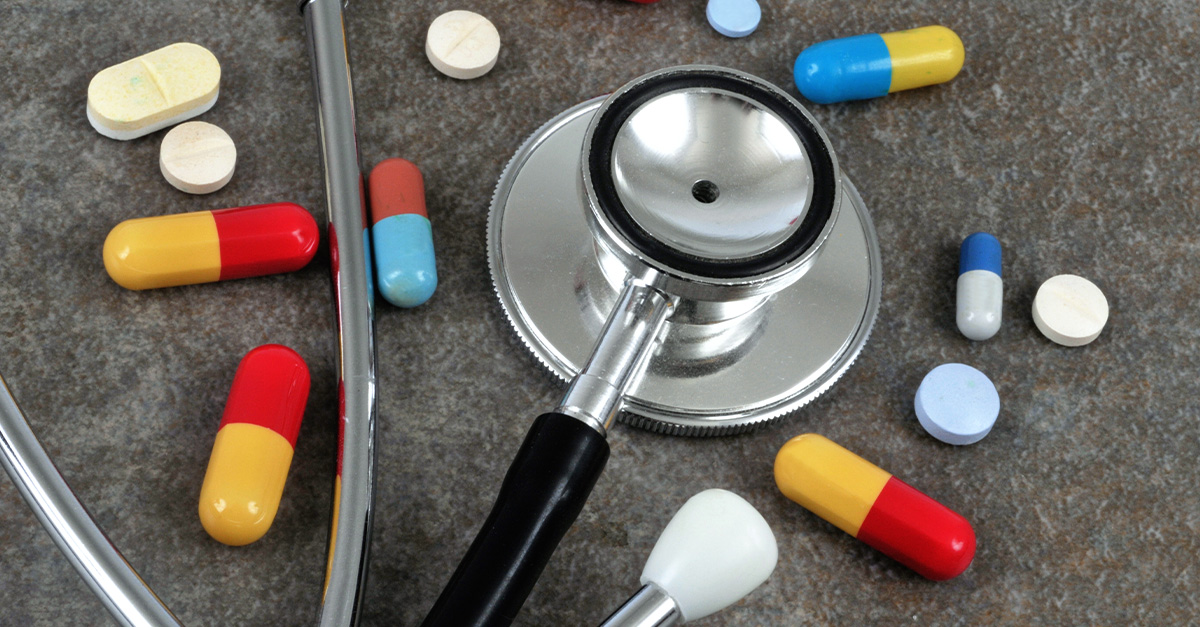 While many politicians have advocated for banning transgender hormone treatments, puberty blockers, and surgeries for minors, most of America’s medical groups have voiced support for so-called gender-affirming treatment.

Last week, however, a committee for the Florida Board of Medicine and the state’s Board of Osteopathic Medicine decided to bar the experimental treatments for minors. The decision came after hours of testimony from medical professionals, detransitioners, and transgender advocates.

Critics cited the harms that can be caused by hormones and puberty blockers. Dr. Michael Laidlaw said these treatments can cause cardiovascular disease, sexual dysfunction and infertility, noting that females who take high levels of testosterone can have liver dysfunction, breast cancer, and high red blood cell counts.

He warned, “Some of these other problems will be permanent, like being on puberty blockers for a couple of years will cause permanent loss of bone density.” He also warned of the alteration of brain development.

One woman said that she had experienced trauma as a child and had mental health issues before believing she was male. She “came out” to her mom who was afraid her daughter would kill herself if she didn’t affirm her. A therapist had her begin taking testosterone. She said her mental health issues worsened and she developed new mental health problems. After a suicide attempt, she said she realized changing her appearance was not going to “take away the pain,” so she started working diligently in therapy.

A year later, she had “a life-changing encounter with Jesus and began to find deep healing and peace within myself.” She decided to detransition and her mental health improved exponentially. She said that she still has effects from the testosterone but that she is truly grateful she never got surgery because now she is happily married and 28-weeks pregnant. “If I had gotten surgeries, that I so desperately wanted as a teenager, that would have stolen this future from me,” she said.

Several others who have detransitioned testified of their therapists’ encouragement to pursue gender-affirming treatment rather than try to work through their issues. Many also said that after transition they experienced serious health issues and worsening mental health problems. One woman encouraged the board to make 25 the age requirement for receiving such treatment since that is when the brain is fully developed.

Advocates for gender-affirming treatment made the ever-present claim that if youth are denied the treatments, they are likely to commit suicide. A critical analysis of data, however, shows that this oft-used justification is untrue. While it is true that transgender youth are much more likely than non-transgender youth to express suicidal behavior, teenagers who are transgender are also highly likely to have other mental health issues.

Studies on transgender youth suicide are highly flawed and misleading, according to Manhattan Institute fellow Leor Sapir. He writes that teenagers with rapid onset gender dysphoria “are known to have very high rates of anxiety, depression, history of sexual trauma, anorexia, and eating disorders, all of which typically precede their gender-related distress.”

This matches the experiences of many who testified at the committee meeting who said that they had trauma and mental health issues before gender dysphoria. Sapir wrote,

“The obsessive emphasis on ‘gender’ as being both the source of and solution to suffering ultimately distracts parents, clinicians, teachers, and patients themselves from pursuing more effective strategies of mental health improvement. A teenage girl with a history of sexual abuse or eating disorders is ill-served by medical professionals who mistake the symptom of her distress (gender distress) for its underlying cause.”

“One aspect of the gender-affirming approach that makes it so attractive to therapists is its simplicity: it provides a single, easy, indeed all-too-convenient explanation for what is wrong with a teenager in distress. And it has the additional advantage of deferring to that teenager’s self-diagnosis, leaving her temporarily satisfied that she is finally being listened to.”

Sapir also noted that discussing suicide can actually increase suicide. That’s why, he says, countries have media guidelines on how to discuss suicide publicly.

“Among the things that the CDC has warned not to do is ‘[p]resenting simplistic explanations for suicide,” Sapir wrote. “As the agency explains, ‘Suicide is never the result of a single factor or event, but rather results from a complex interaction of many factors and usually involves a history of psychosocial problems.’ It’s difficult to imagine a more ‘simplistic explanation’ than ‘kids will kill themselves if their gender identity is not affirmed.’”

Florida Board of Medicine member Nicholas Romanello proposed the rule to ban the treatments, stating:

“I believe that based upon the testimony that we’ve heard this morning and the materials in the portal, that the risk of puberty suppressing therapies, cross-hormonal therapy and surgery, those risks outweigh the possible benefits and that there is a lack of consistent, reliable, scientific peer-reviewed evidence concerning the efficacy and safety of such treatment.”

The full board will vote soon on whether to approve the rule.

The testimony of those who have undergone these treatments and then realized the harms is heartbreaking. These people were troubled, hurting, and in need of help but what they got was a convenient and fashionable solution to their problems. Therapists and medical professionals who advocate for such treatments rely on deeply flawed studies to justify their usage. These drugs and surgeries are still experimental and have already been shown to cause a number of serious health issues.

Sweden, Finland, France, and recently the U.K. have all moved to restrict the use of puberty blockers and hormones in minors because they looked at evidence showing that these drugs are harmful. The U.K. is now warning against even social transitions.

America’s major medical associations, by contrast, have failed Americans and their children. They insist that gender-affirming treatment saves lives against evidence or common sense.

Those who are struggling with mental health issues, trauma, and other problems have a need that our society won’t take the time to give them. Those who are unhappy with the body they have shouldn’t be told they are in the wrong body. They should be supported until they can accept and rejoice in how God made them.

The testimony of the woman quoted above provides insight into the root issue. What people need most is to have a personal, saving relationship with Jesus. That doesn’t mean all their problems will go away. Counseling and possibly medication, among other things, might be important tools to help get them through some of the problems they face, but the only One who can provide true healing and contentment is Christ.

“Come to Me, all who are weary and heavy-laden, and I will give you rest. Take My yoke upon you and learn from Me, for I am gentle and humble in heart, AND YOU WILL FIND REST FOR YOUR SOULS. For My yoke is easy and My burden is light.” 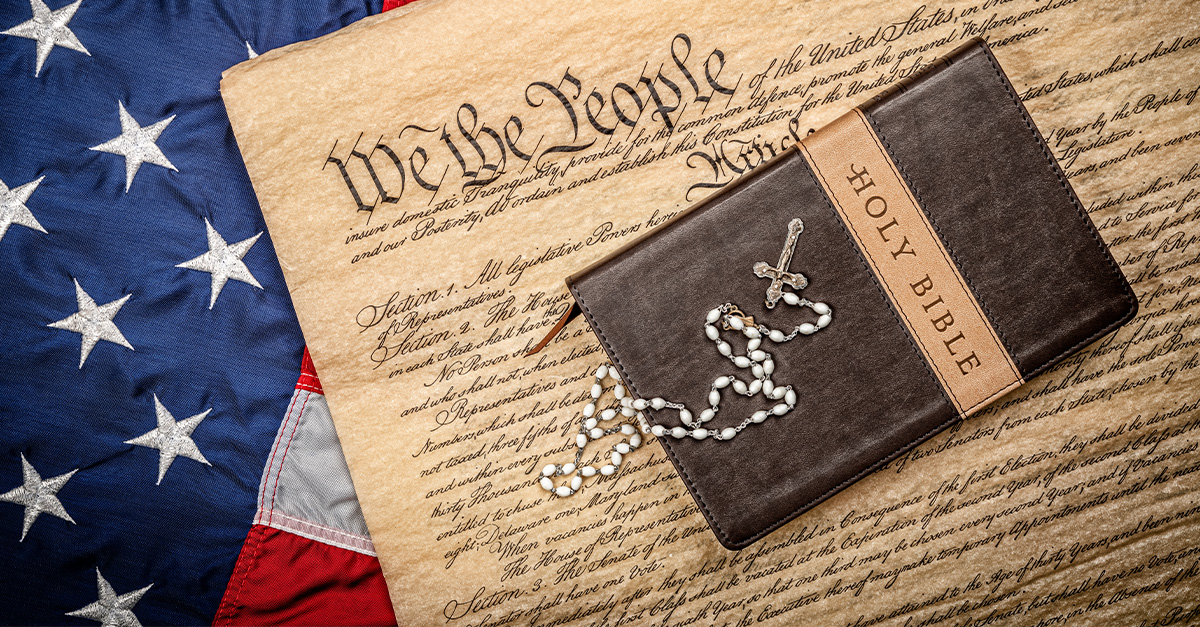 In wake of landmark Supreme Court decisions, new First Liberty initiative calls on Christians to fully live out their faith