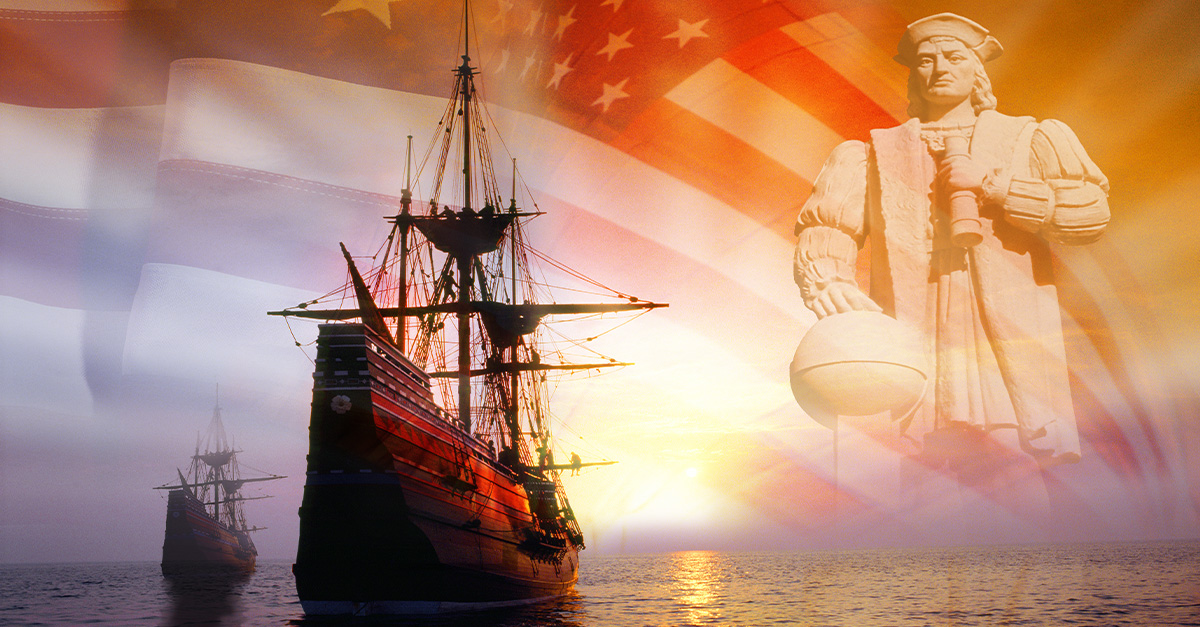 Why You Can (And Should) Still Celebrate Columbus Day

Last year, President Joe Biden federally recognized “Indigenous Peoples Day” as an official holiday to replace what has been historically celebrated as Columbus Day. This came in response to years of leftist historians and Critical Theorists attempting to malign and defame Christopher Columbus as a white European whose exploration of the New World was responsible for the slaughter, enslavement, and exile of numerous Native Americans.

Occupy Democrats, a self-described pro-Democrat political organization with a significant following, tweeted this just yesterday to usher in the federal holiday:

“Let’s celebrate Columbus Day by walking into someone’s house and telling them that we live there now — and banishing them to the middle of nowhere — or else. RT IF YOU’LL CELEBRATE NATIONAL INDIGENOUS PEOPLES DAY INSTEAD!”

Due to revisionist history, propaganda, and outright lies perpetuated by the media, an entire generation has “memory-holed” the explorer’s true history and accomplishments so everyone believes that Columbus was a genocidal, oppressive rapist who stole the land of Native Americans.

In honor of this Columbus Day, I’d like to set the record straight.

Christopher Columbus Was a Man of Faith

In preparing for his journey, Christopher Columbus was motivated by trade and an earnest desire to evangelize and bring the Christian faith to foreign lands. He would later write,

“I feel persuaded, by the many and wonderful manifestations of Divine Providence in my especial favour, that I am the chosen instrument of God in bringing to pass a great event — no less than the conversion of millions who are now existing in the darkness of Paganism.”

He was confident that he was called by God to set out on his voyage. In another letter, he wrote:

“I have seen and put in study to look into all the Scriptures. Our Lord has opened to my understanding (I could sense His hand upon me), so that it became clear that it was feasible to navigate from here to the Indies. All those who heard about my enterprise rejected it with laughter, scoffing at me. Who doubts that this illumination was from the Holy Spirit? I attest that He [the Spirit] with marvelous rays of light, consoled me through the holy and sacred Scriptures. No one should be afraid to take any enterprise in the name of our Savior, if it is right and if the purpose is purely for His holy service.”

And to credit his inspiration for undertaking such a historic journey, Christopher Columbus cited Psalm 65:5:

“By awesome deeds you answer us with righteousness, O God of our salvation, the hope of all the ends of the earth and of the farthest seas.”

Indeed, the Lord not only made it possible for Columbus to take his journey, but He also provided for him each step of the way.

His Journey Was Nothing Short of Providential

Christopher Columbus undertook a voyage that no previous explorer had been able to accomplish — sail due west from Europe to reach Asia. He prepared seven presentations to various countries including Portugal, England, and France to obtain funds for his journey, but he was repeatedly denied because his intended route seemed too risky. But then he met with King Ferdinand and Queen Isabella of Spain. Their willingness to provide Columbus with the means to venture west was a miracle in itself and a testament to God’s provision in his journey. If Columbus had ventured from the Azores in Portugal or Bristol in England, he would have failed to pick up the northeast trade wind needed to complete his journey. But Spain was the perfect location for his departure on what would become a monumentally historic trip across the Atlantic.

Not only did God provide for Columbus the funding to depart from what he may not have known at the time was the ideal location, but God also provided it at just the right time in human history to discover the New World.

In the early 1400s, there was a concerted effort by the Chinese, who owned the world’s largest sea fleet, to establish imperial control over maritime trade. If it weren’t for China ending their expeditions in 1433 due to increasing attacks, the discovery of the New World and evidence of a spherical earth may instead have been attributed to the Chinese. If this would have been the case, the Western World would look significantly different today.

In God’s providence, Columbus came along at just the right time with the knowledge, faith, and discipline to take on the daunting task of crossing the Atlantic Ocean and landing in the New World.

Was Columbus Really a Genocidal Oppressor?

No, Columbus was not a genocidal oppressor, and we know that from simply looking back at his original writings during that time. Columbus described friendly residents on the island to whom he gifted strings of beads, red caps, and other small gifts. He wrote:

“…they were much delighted, and became wonderfully attached to us.”

He also described the atrocities he encountered by a cannibalistic tribe he referred to as Caribs.

“These people raid the other islands and carry off all the women they can take, especially the young and beautiful, whom they keep as servants and concubines. These women say that they are treated with a cruelty that seems incredible. The Caribs eat the male children that they have by them, and only bring up the children of their own women; and as for the men they are able to capture, they bring those who are alive home to be slaughtered and eat those who are dead on the spot… They castrate the boys that they capture and use them as servants until they are men. Then, when they want to make a feast, they kill and eat them…. Three of these boys fled to us, and all three had been castrated.”

Columbus was far from genocidal, and in fact, when it came to the Caribs, the friendly natives sought protection from Columbus. In turn, Columbus frequently ordered his crew to treat the natives well. If any of his men went against his orders and abused them, Columbus punished and even executed some of his own men.

Much like the Caribs, the vast majority of the deaths that occurred among the natives were the result of their own tribal violence and savagery by other tribes. Large areas were already abandoned or depopulated more than a century before Columbus’ discovery due to “climatic shifts, warfare, resource mismanagement, and other causes,” and other deaths were a result of the exchange of disease between the Europeans and Native Americans, which was not foreign to the native populations either. A study of more than 12,500 skeletons from 65 sites found that the health among the natives was on a “downward trajectory long before Columbus arrived.”

Remember Columbus on Columbus Day with a Clear Conscience

When it comes to Christopher Columbus, though, you should ignore the propaganda and instead remember him with gratitude and a clear conscience. He was a man of faith for whom God provided, and his discovery led to the eventual establishment of the Western values we know and seek to preserve today. That alone is worth celebrating. 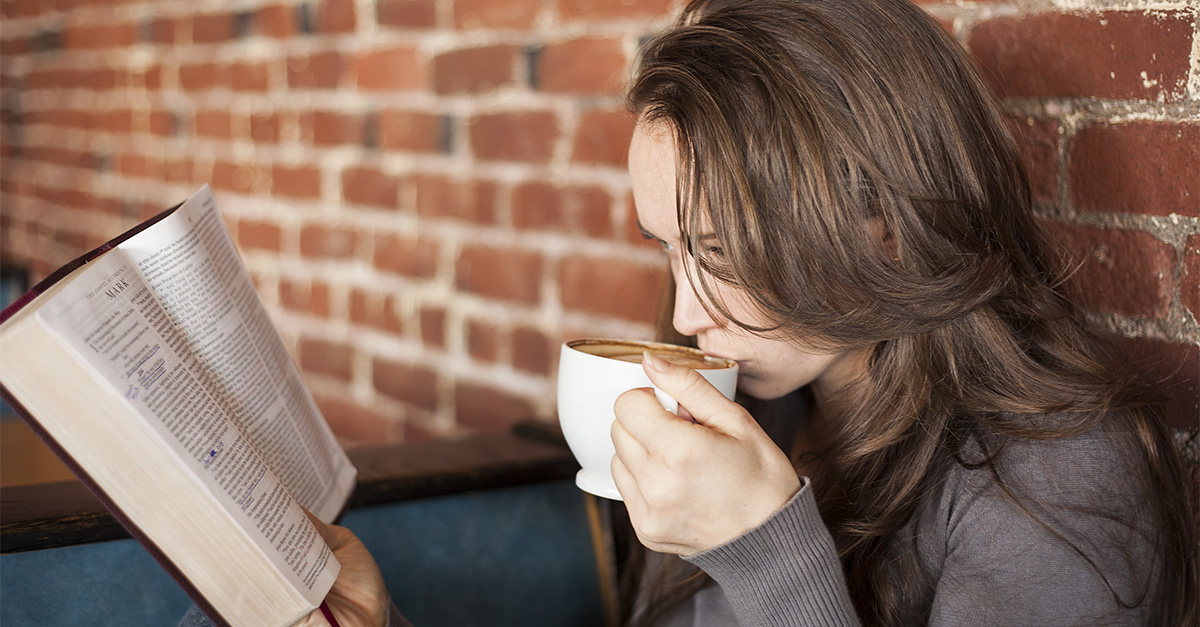 An Encouragement For Christians Who Struggle With Staying In The Word