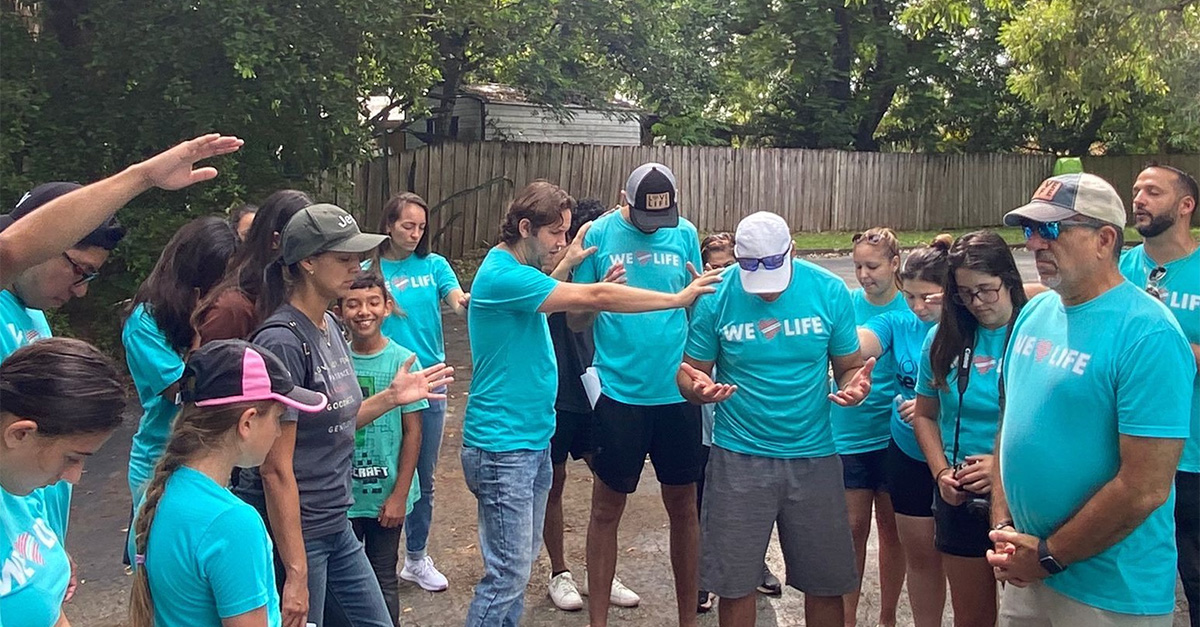 N.C. city settles with pro-life group unjustly arrested for sidewalk counseling — even as the feds crack down on other pro-lifers

A group of pro-life protesters have won a settlement with the city of Greensboro, North Carolina, after getting city officials to admit they stopped the group from exercising their constitutional freedoms — at the same time that the FBI has stepped up its targeting of other peaceful pro-lifers.

In 2020, several members of Love Life, a non-profit that mobilizes churches and Christians to create a culture of life and protect the vulnerable, particularly the unborn and orphans, were arrested for praying and offering counseling and support to pregnant women outside of an abortion clinic called A Woman’s Choice. City officials claimed the prayers and counseling violated the city’s emergency health rules because the activities were deemed “non-essential” during the COVID lockdown.

The group, represented by Alliance Defending Freedom (ADF), filed a lawsuit against the city, claiming that their First Amendment rights to free speech, assembly, and religious liberty had been infringed.

This past Monday, the city agreed to settle the case. Greensboro officials admitted the pro-lifers were cited for the “exercise of constitutionally protected First Amendment rights” and agreed that sidewalk prayer and counseling would be protected in any future public health emergency order.

“According to Greensboro officials, praying while walking was not allowed because of COVID-19. Clearly, this case was never about public health and safety; it was about the government silencing people because it didn’t like what they had to say. That said, we commend the city for finally agreeing to respect the free speech rights of Love Life members and acknowledge their freedom to pray and speak in the public square, just like every other citizen’s.”

The settlement comes while the Department of Justice’s disfavor of pro-lifers and conservatives continues. Last week, the FBI arrested several more pro-life protestors for alleged violations of the Freedom of Access to Clinic Entrances (FACE) Act.

In September the DOJ drew criticism after sending an armed tactical team of no less than 15 FBI agents, potentially twice that number, to arrest pro-lifer Mark Houck in an early morning raid on his home.

Houck had allegedly pushed a Planned Parenthood volunteer 18 months earlier after the volunteer verbally harassed his 12-year-old son with obscene language. The volunteer received a scrape on his arm but the local police pressed no charges. The volunteer sued, but after his repeated refusal to appear in court, the charges were dismissed. Days later the FBI arrested Houck. Houck’s attorneys had previously told the FBI he would appear in court if charged, adding to claims that the use of such strong-armed tactics to bring a father of seven children with no criminal record was completely unnecessary.

The latest use of the act against pro-lifers involves the arrest of 11 pro-life protestors who participated in a pro-life rescue event in March 2021, among them group leader Mark Gallagher. The protestors lined the hallway of a building with various medical clinics and prayed and sang hymns and attempted to convince mothers to choose not to have an abortion.

The DOJ released a statement calling the event a “blockade” and claimed they “blocked the clinic’s entry doors and prevented a patient and an employee from entering.” An armed FBI team then showed up at Gallagher’s home. Gallagher was out of state, but agents entered his home and questioned his neighbors. Fellow activist AJ Hurley said that Gallagher contacted the FBI and said that he would turn himself in.

One activist, Paul Vaughn, was forcibly arrested. Multiple heavily armed agents came to Vaughn’s home and arrested him before his children were dropped off at school. Vaughn’s wife can be heard in a video asking the agents to answer her questions about why they were “banging on my door with a gun.” When she asked for their names or any information, they ignored her.

The activists face charges that carry a sentence of up to 11 years in prison and $350,000 in fines.

Many are unhappy with the DOJ’s unequal treatment of pro-lifers and violent pro-abortion terrorists. Despite dozens of acts of violence against pro-life crisis pregnancy centers and churches, and the terrorist group Jane’s Revenge taking credit for many of them, the FBI has yet to make an arrest. In an interview with the Standing for Freedom Center, the Daily Wire’s Megan Basham noted with regard to the Houck arrest,

“We have had at least 17 fire-bombings, arson attacks, vandalisms against pro-life organizations and institutions [and] crisis pregnancy centers since early May when the Dobbs decisions was leaked. In that time, how many arrests has the DOJ made of people who attacked businesses, pro-life organization, non-profits? The most recent information I was able to access was for September 15, so up to September 15 from early May, they’ve arrested none and yet this show of force for this sidewalk counselor.”

Many have raised complaints about Attorney General Merrick Garland’s politicization of the DOJ and the FBI. Garland is already using the federal law enforcement apparatus to target parents who object to woke agendas being pushed in schools, and it’s clear that he is doing the same to target pro-lifers.

Proving that it’s not even a party issue, members of Progressive Anti-Abortion Uprising (PAAU), a left-wing group, were arrested earlier this year after calling in their discovery of five dead babies in a box outside an abortion clinic who may have been victims of late-term abortion or post-birth infanticide. Rather than showing concern for those potential crimes, the DOJ instead came out and arrested and later indicted nine PAAU members for violating the FACE Act during a protest at an abortion clinic 18 months prior.

Romans 13:3 says, “For rulers are not a terror to good conduct, but to bad.” The DOJ is supposed to protect Americans from evil, not target those who protest evil and try to save the vulnerable. Instead, federal law enforcement has become a wing of a radical pro-abortion and anti-family ideology, which seeks to silence those with opposing views. Isaiah 1:17 commands rulers and the people,

“Learn to do good;
Seek justice,
Reprove the ruthless,
Defend the orphan,
Plead for the widow.”

Rather than reproving the ruthless who threaten pro-lifers and attack crisis pregnancy centers, the DOJ and FBI have ignored their crimes. By contrast, they are targeting those who are actually trying to defend the helpless by exercising their constitutional rights to protest, pray, and counsel mothers that they have options besides killing their unborn children.

The DOJ has responded with shows of intimidating force and jackbooted tactics meant to send a message to other dissenters. This is beyond dangerous and must be stopped, or we will no longer be a free nation but a tyrannical one.

Christians must pray that God will change the hearts of those in authority who harbor evil intent or remove them from their post. It is also critical that Christians do their part by voting for candidates who will restore our natural rights and liberties and stop the DOJ’s ideological assault on innocent Americans whose only crime is having a different view. 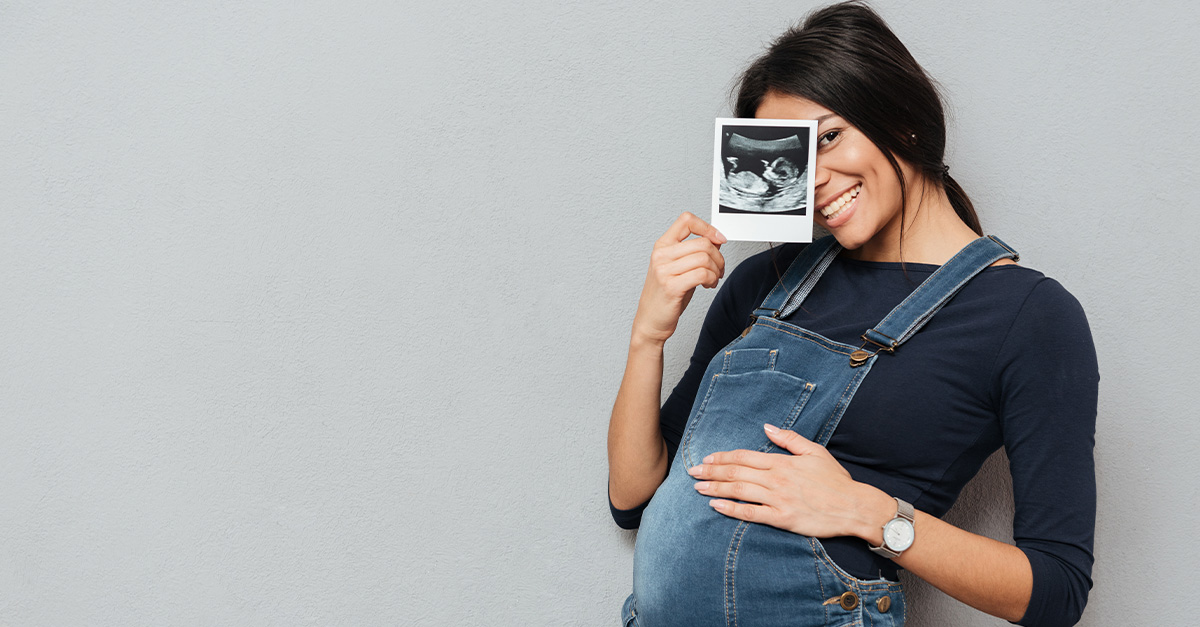 Babies in the womb are recognized as ‘natural persons’ in Georgia, so they now qualify for tax breaks, child support