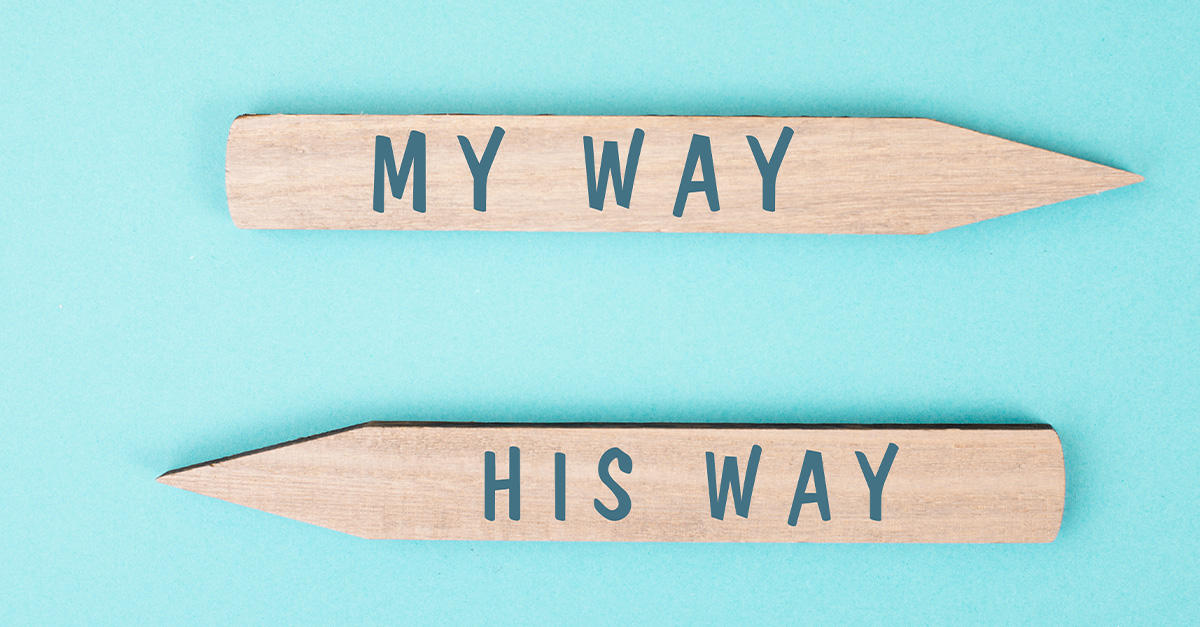 Do these beliefs sound like a counterfeit Christianity, one that has taken hold of so many in this country?

If you said yes, you would be correct.

Some of these statements are all too familiar, and they are the basic theology of the nominal, American Christian. These are the tenets of what is called “Moralistic Therapeutic Deism,” a worldview that has taken many professing Christians captive over recent years, permeating both our culture and our churches.

Moralistic Therapeutic Deism (MTD) is a phrase that was first coined in the early 2000s by sociologists Christian Smith and Melina Lundquist Denton in the book Soul Searching: The Religious and Spiritual Lives of American Teenagers. Smith and other researchers partnered with the National Study of Youth and Religion at the University of North Carolina at Chapel Hill to analyze the religious beliefs and trends among American teenagers. They determined that the faith of American adolescents could be best described by this term.

MTDis exactly what it sounds like. It’s “moralistic,” in that “being good” or “moral” as defined by cultural standards is prioritized. Because morality, then, is not objectively defined by the truths of Scripture, the next logical conclusion for those devoted to such a belief is that tolerating sin is a moral good and being intolerant of sin is a moral evil.

It is also “therapeutic” since the purpose of such a religion is to feel good about oneself, to find greater purpose, to be happy, and to be taken care of by a god who is nothing more than a genie in a lamp. And it is “deist” because God exists, though He is not particularly involved with His creation.

Unfortunately, many Americans who profess to be Christians have unknowingly embraced MTD as their religion, and over the last two decades, the trend away from biblical truth has been on an upward climb.

I often say that the Bible Belt, in particular, is a place where many describe themselves as Christian, but few can say exactly what that means. It’s the land of the lost. The comfort of calling oneself a Christ-follower has lulled an entire population to sleep — stagnant, dead, and deceived. And that’s exactly what we are seeing with those who have embraced MTD as their religion. It should be most concerning to us that this is such a profoundly popular perspective to hold because it reveals to us how far removed some professing Christians are from biblical truth. And it seems that they are moving further from it as the years go by.

A report from the American Worldview Inventory 2021 found that nearly 4 in 10 adults (38 percent) are more likely to embrace elements of MTD over other worldviews, including Biblical Theism, Secular Humanism, Postmodernism, Nihilism, Marxism, and Eastern Mysticism. For those who embrace MTD and consider themselves to be Christians, however, only 16 percent actually qualify as born-again believers based on their theology. Those remaining do not believe that people are sinful and in need of salvation through Jesus Christ, do not believe that the Bible is the true Word of God, and assert that good people go to heaven due to their good behavior.

Arizona Christian University President Len Munsil put it like this:

“As a nation, the biblical worldview is running on fumes. People see themselves as Christians, but these findings show they are actually living out a watered-down, counterfeit worldview that looks more like the culture around them than the biblical Christianity they profess.”

How is it that so many individuals have been able to creep into the Church, profess the name of Christ, yet simultaneously hate Him and His Word? Consider any other religion. If someone walked into a Jewish temple, claimed to be of the Jewish faith, and expressed disagreement with the Torah, do you believe he or she would be embraced? Imagine the same scenario with Islam and the Qur’an. Do you believe that fellow Muslims would accept him or her as part of their religion?

Of course not! So why do we turn our heads away when a professing Christian contends that God just wants us to be happy? Or that the Bible isn’t actually the Word of God? Or that Jesus isn’t actually God in the flesh? Or that kindness is the key to going to heaven? Or that we should tolerate sin out of love for our neighbor?

These claims are not uncommon within Christian churches. I’d like to pose the question as to why we have tolerated it for so long.

Where MTD says “a god exists,” we know that the God of the Bible, the Creator of the Universe, the Sustainer of all Creation, the Lord of heaven and earth, the One who gives life and breath, the One who will return and judge in righteousness, the Holy and Righteous One who has revealed Himself in the persons of the Father, the Son, and Holy Spirit, is sovereign and active in our everyday lives, and He should be honored and glorified as such (Acts 17:24-31).

Where MTD says God wants people to be nice, we know that God defines good and evil, He commands that we obey Him, and He promises to judge sin (Romans 1:18-32, Ecclesiastes 12:13-14).

Where MTD says God does not need to be involved in one’s life, we know that part of the Christian life is to be in an intimate relationship with God and that involves daily fellowship with Him (John 14:17, Romans 5:10, 1 John 1:3).

Where MTD says good people go to heaven when they die, we know that “there is no one righteous, not one” (Romans 3:10), that “all have sinned and fall short of the glory of God” (Romans 3:23), and for this reason we need Christ. It is Jesus Christ who is our hope of heaven, who lived the perfect life that we couldn’t, who bore our sins on the cross so that we might be given His righteousness before God to enter into heaven (1 Peter 2:24).

“We now face the challenge of evangelizing a nation that largely considers itself Christian, overwhelmingly believes in some deity, considers itself fervently religious, but has virtually no connection to historic Christianity.”

Moralism is not Christianity, and we should stop pretending that it is. Pastors must be bold in preaching the full counsel of God, emphasizing discipleship, rebuking sin within the Church, and calling churchgoers to repentance. Individual Christians should not be afraid to stand firm in the truth, to share the Gospel with our neighbors, to disciple those younger in the faith, and to correct one another in love. After all, we have the truth on our side. 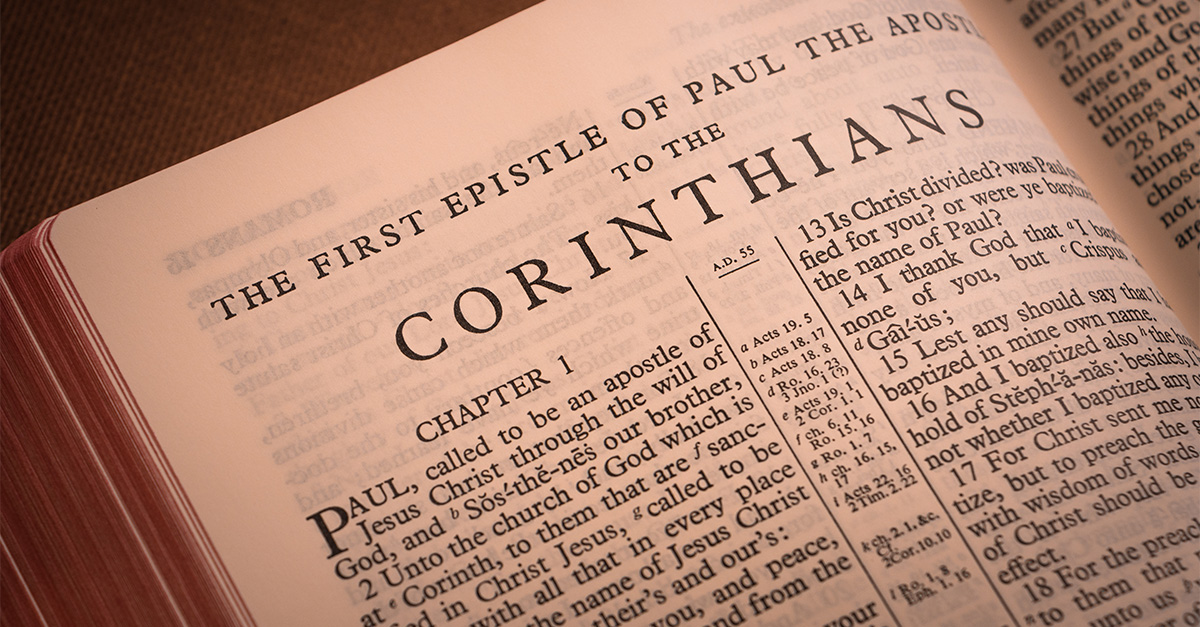 Christian: Let The World Call Us Fools — So Long As God Calls Us Faithful