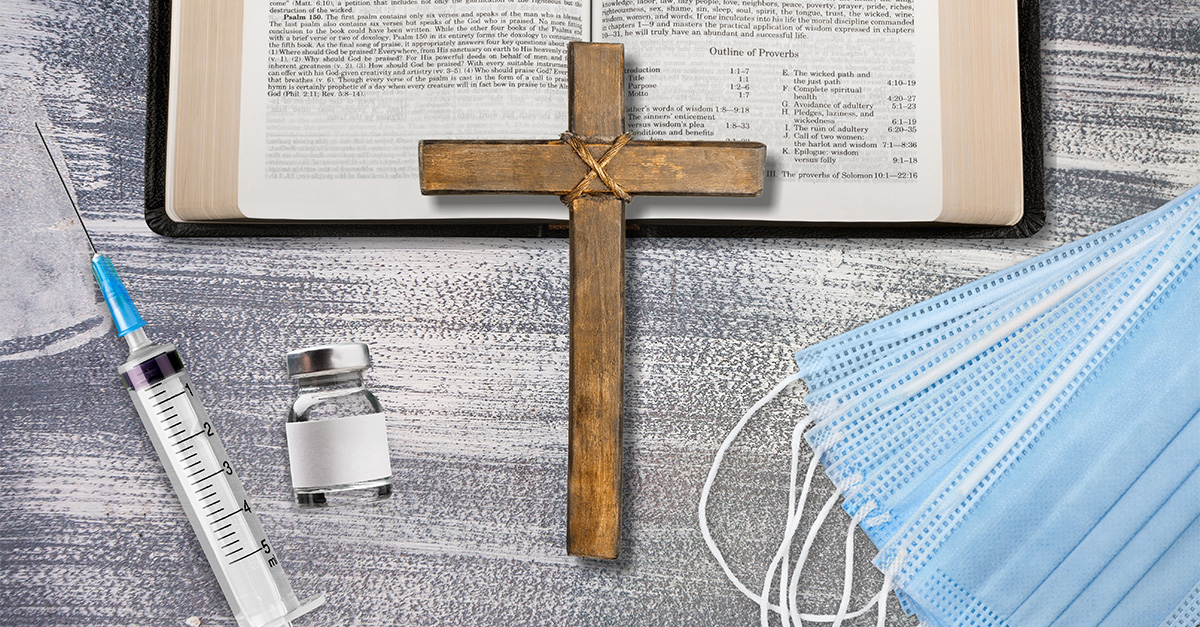 A New York judge delivers justice for the unvaccinated. When will pastors and Christian leaders do the same?

One of the most frustrating things in life is knowing that you are owed a meaningful apology but not knowing if it will ever come.

For New York City municipal employees fired for bravely refusing to let their bodies be used as guinea pigs in one of the most extraordinary and hasty lab experiments in world history — the COVID-19 vaccines — that apology finally came on Tuesday of this week. Although to be accurate, it didn’t come from the offending party and it had to be forced.

In a groundbreaking ruling, Judge Ralph J. Porzio of the New York Supreme Court (the state’s trial court tier) ordered New York City to reinstate city workers fired for refusing to comply with the COVID-19 vaccine mandate. To top it off, he instructed the city to issue them back-pay, along with their reinstatement.

As with almost all of the mandates, these were unequally applied. Professional athletes got exemptions, while sanitation workers, police officers, firefighters, healthcare workers, and others doing the hard tasks of keeping society safe and moving did not.

“Porzio pulled no punches in stating what millions of fair-minded American citizens have been saying since late 2020 — that is, the government should be logical about the laws, be mindful of the citizens’ freedoms, and, if you’re going to be draconian, at least be consistent.

In the decision itself, Judge Porzio made it crystal clear what he thought the city was actually doing with the mandate:

“The vaccination mandate for City employees was not just about safety and public health; it was about compliance.”

Compliance. Ding ding ding! That was the whole game. He went further, stating the obvious truth that most of us already knew:

“Being vaccinated does not prevent an individual from contracting or transmitting COVID-19.”

Good on him for putting into a legal decision a sentence that would have gotten most of us banned from Twitter just a few months ago when the regime and their enforcers were still pretending the COVID emperor had clothes on — and silencing all the dissenting (tweeting) children to keep the ruse going.

And good for the New York City workers who get their jobs back, which amounts to a significant mandated financial mea culpa.

As a Christian who weathered the COVID nonsense while part of a local church body, I want to pivot now from sanitation workers to my fellow saints. Even while I celebrate their victory, I have to ask, on behalf of thousands, if not millions, of my brothers and sisters in Christ who also refused the overwhelming pressure to get vaccinated: When do we get our apology?

Not from New York City, but from our churches. Not from the mayor, but from our pastors. Not from the health commissioner, but from the Christian leaders who twisted Scripture to make it sound like the Christ-like thing to do was to get double-vaxxed and boosted every six months or else we didn’t love our neighbors. When will they admit they profaned God’s Holy Word to peddle a progressive agenda?

A New York judge may never order them to, but we can rest assured that the “Judge of all the Earth will do right” (Genesis 18:25).

Megan Basham documented many of these failings in her bombshell report “How The Federal Government Used Evangelical Leaders To Spread Covid Propaganda To Churches.” She recounts that

“In September, Wheaton College dean Ed Stetzer interviewed National Institutes of Health Director Francis Collins on his podcast, ‘Church Leadership’ about why Christians who want to obey Christ’s command to love their neighbors should get the Covid vaccine and avoid indulging in misinformation.”

The encouragement for pastors to use their God-given authority to manipulate their members into getting vaccinated was presented as if it were a no-brainer, as if the vaccine was a pre-fall good — unsullied by sin, myocarditis, and blood clots:

“During their discussion, Collins and Stetzer were hardly shy about the fact that they were asking ministers to act as the administration’s go-between with their congregants. ‘I want to exhort pastors once again to try to use your credibility with your flock to put forward the public health measures that we know can work,’ Collins said.”

It didn’t end with Collins and Stetzer. The Gospel Coalition (TGC) pushed the undiluted pro-vaccine narrative as well. Joe Carter, associate pastor of McLean Bible Church, wrote articles throwing shade on the skeptics, comparing those who raised questions about the origins of COVID possibly being the result of a lab leak as crazy QAnon-ers (despite the early and real evidence this was a possibility, recently confirmed, again, in a Senate report).

Where do lab leak theory supporters go to get an apology from Pastor Joe? Which judge will mandate a retraction (something TGC is notoriously unwilling to do)?

Or consider how Curtis Chang, host of the “Good Faith” podcast and self-described “theological wingman” of his frequent guest David French, argued that the vaccines were part of God’s redemption plan:

“The COVID vaccine…may have a distant origin story in abortion, but that past has been reworked + redeemed into something that saves life. We can point to the vaccine and say: Jesus’ redemption is kind of like that.

Are you kidding me? Being pro-vaccine (which doesn’t even stop transmission) is the same thing as being pro-life, that is, being “pro-lets-stop-millions-of-unborn-babies-from-being-killed-in-the-womb-each-year”? That’s quite the comparison. Delano Squires had a fitting response:

“I call this ‘enhanced interrogation preaching’ because if you torture the text for long enough, you can make it say anything.”

It’s essential to pause and unpack why these efforts are so unbiblical and how they subvert Scripture and turn it into secular propaganda.

When framed in the emotionally fraught and imperatival way of “love your neighbor, get the shot,” what this group (along with Chang, TGC, Stetzer, Collins, etc.) is doing is making it sound like obedience to the Bible entails getting the COVID-19 vaccine. Just like for the NYC sanitation workers obedience to the mandate meant getting vaccinated or losing their jobs, so too for the Christian obedience to God’s Word under this framework meant getting vaccinated or sinning against their neighbors.

“‘Teacher, which is the greatest commandment in the Law?’

To couch the admonition to “get the jab” as an “act of love for neighbor” is to very clearly imply that if you do not get vaccinated, you are not loving; you are, in fact, failing to fulfill the second greatest commandment.

That’s quite the heavy load of guilt manipulation.

Not only did this tact go against the Bible, but it also went against historical Christian confessions about the freedom of the conscience. Even the more recent Baptist Faith & Message clearly states that “God alone is Lord of the conscience, and He has left it free from the doctrines and commandments of men which are contrary to His Word or not contained in it.”

And as Tim Yonts reminds us in his excellent myth-busting white paper “Christian Love vs. COVID Conformity“:

“Truth is the pre-condition of love. Love requires truth before anything else. Without truth, there can be no love. Christians have an obligation to seek the truth, to study it, to defend it, and to allow it to confront our preconceived biases and falsehoods.

Sometimes the most loving thing we can do is resist social conformity for the sake of truth.”

What’s the truth? As Judge Porzio also reminds us — the vaccines don’t stop contraction or transmission of COVID. So how can anyone claim that getting vaccinated is a moral imperative on par with the second greatest commandment?

They can’t. Well, not honestly.

But that didn’t stop pastors and evangelical leaders from doing it anyway. They used this falsity to, among other things, force Christians to violate their consciences by submitting to extra-biblical mandates, like wearing masks just to come to church and worship God like they are actually commanded to in the Bible (Hebrews 10:24-25); frame the vaccines as an unquestionable “good,” even though many members felt differently; and even going so far as to pressure them into taking a possibly life-destroying injection.

As Bethel McGrew so aptly summarizes, “It’s one thing to voice a personally pro-vax position while recognizing that reasonable people may have concerns and disagree. It’s another thing to lay moral blame on anyone who wonders whether a vaccine that was rushed to market might have skipped some important steps along the way.”

When we think about it, it’s clear the issue at hand for Christians who were mistreated by their churches and their pastors is worse than the sanitation workers on at least two counts.

First, it is worse because they have suffered at the hands of men who represent God in a way the mayor of New York never will. James 3:1 tells us that “Not many of you should become teachers, my brothers, for you know that we who teach will be judged with greater strictness.” Why is this? Because teachers (pastors) are men who represent the authority of God.

1 Peter 5:2-4 stands as a sharp rebuke to under-shepherds who misuse their authority. Peter reminds them that, instead, they should,

“Be shepherds of God’s flock that is under your care, watching over them—not because you must, but because you are willing, as God wants you to be; not pursuing dishonest gain, but eager to serve; not lording it over those entrusted to you, but being examples to the flock.”

Second, it is worse because there are no means by which a Christian can be reinstated to a congregation that drove them away over the vaccine. Of course, I doubt many would want to. But there is no such thing as “spiritual back-pay” to right the wrong of the emotional manipulation inflicted on so many when their pastors stood up in the pulpits, week after week, and told them to get vaccinated because it was their Christian duty.

As I said, it can be frustrating when you know you deserve an apology and yet have very slim hopes of ever receiving one. But this is where the Gospel gives us hope that extends beyond earthly horizons. A great and dreadful day of judgment is coming for all mankind, vaccinated and unvaccinated, shepherd and sheep. In C.S. Lewis’ classic Christian allegory The Lion, the Witch, and the Wardrobe, Mr. Beaver reminds us that “Wrong will be right when Aslan comes in sight. At the sound of his roar, sorrows will be no more.”

So where do the saints go to get the same apology as the New York City sanitation workers? It’s hard to be sure exactly on this side of heaven. Of course, this is not to say that Christians who have been sinned against by their church or pastors shouldn’t work to show grace and forgiveness even if they never hear those two important words: “I’m sorry.” But as you work on your heart (and I know I too have to do this), you can also work to hold these church leaders and pastors accountable.

Just as surely as this earthly judge delivered some measure of justice for the wrongly fired workers, we can count on the fact that the Heavenly Judge will deliver even greater justice for all His sheep, and especially those who suffered vaccine injuries after being pressured to get vaccinated by their pastors. 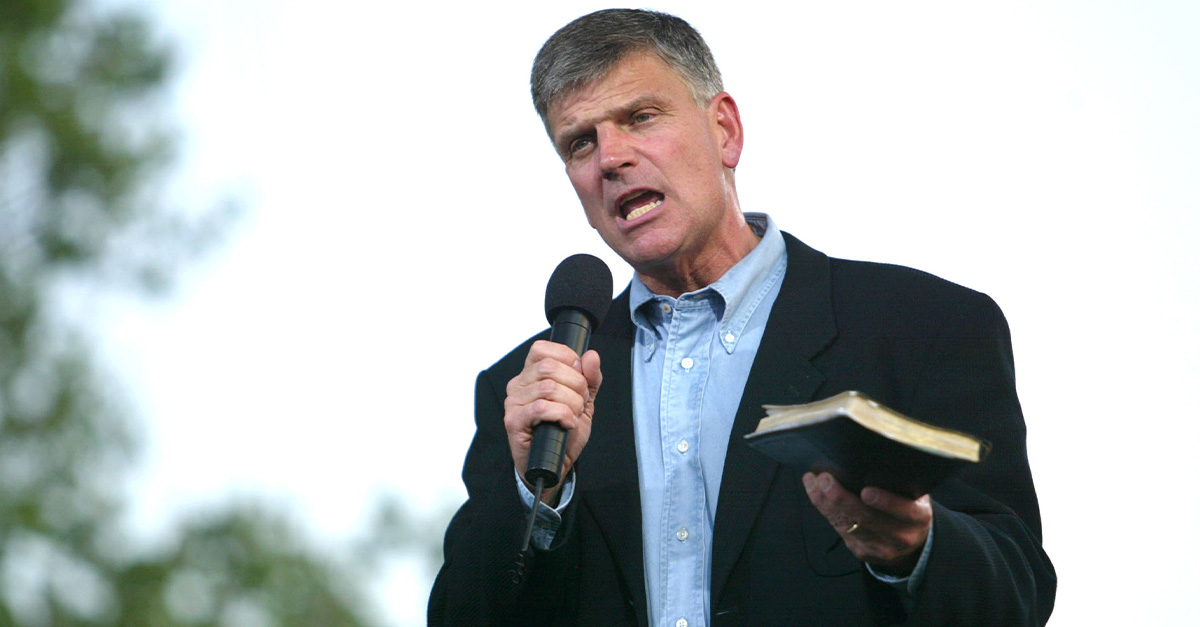