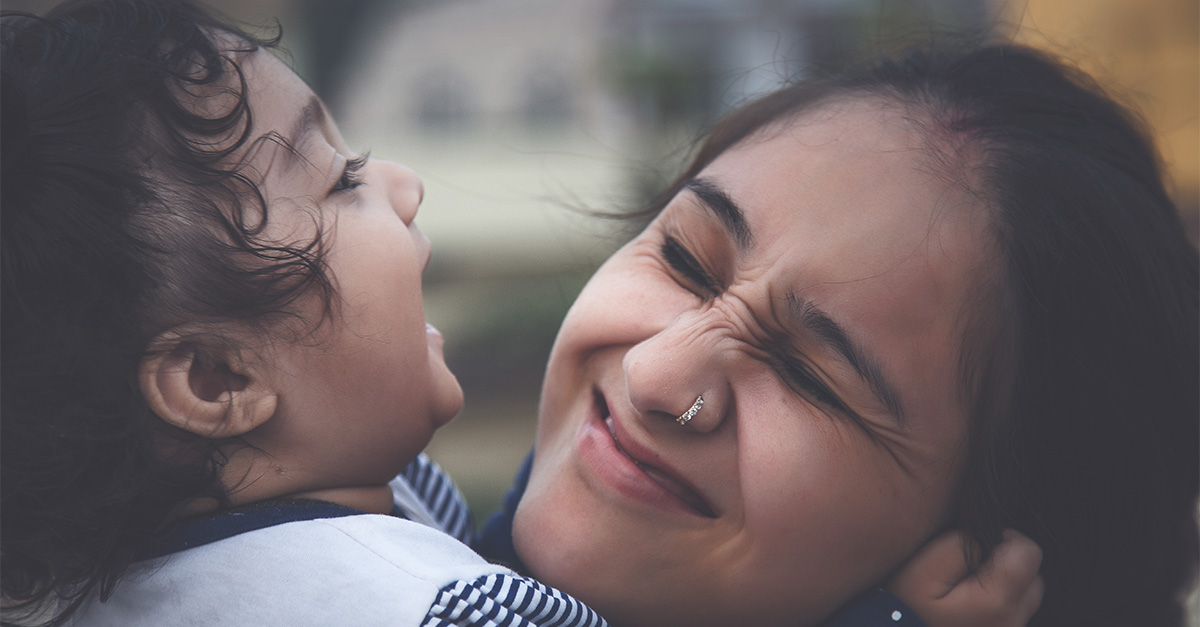 Sex-selective abortions are on the decline in India. Could Christians be setting the example?

Finding out the gender of your baby might be one of the most exciting moments before becoming a parent. It makes the lines on the pregnancy test seem a little more real, and it gives the little flutters in your belly an identity. Your baby now has a name, a personality, and a face that you begin to picture sleeping soundly in your bedroom just a few months from now.

In countries like India, however, the pronouncement that “It’s a girl!” might be one of the deadliest three words one could utter. According to the United Nations, over 140 million girls are missing from the world today, and India alone accounts for 45.8 million of them.

For centuries, Indian culture has revered the birth of male children, equating males with strength, wealth, honor, and blessing to the family. Sons pass down the family name in carrying on the family lineage and preserving ancestral property. Hindu sons are given the responsibility of performing the funeral service for their deceased parents, lighting the pyre for cremation, and scattering their ashes.

Girls, on the other hand, are viewed as burdens, raised as guests in their homes until their families pay the due dowry for them to leave and join their husbands’ households, often under the age of 18. It is not uncommon for dowry payments to continue throughout a daughter’s life.

For this reason, many Indian families resolve to kill their newborn baby girls. In fact, infanticide is so widely practiced that girls in India are 75 percent more likely to die than boys. One baby girl is aborted in India every minute, simply because she’s a girl.

Son-preference has been commonplace in Hindu and Sikh communities for generations. The Hindi sentiment that “a daughter is a burden on her father’s head” has manifested itself in Indian culture in the form of gendercide. It has been illegal in India since 1996 for doctors to reveal the sex of a preborn baby to expecting parents, but nine million baby girls still have gone “missing” between 2000 and 2019 as a result of sex-selective abortions. To put it into perspective, Hindus make up 79.8 percent of India’s population but 86.7 percent (7.8 million) of the missing girls. Sikhs comprise 1.7 percent of the population but 4.9 percent of the missing.

These statistics are nothing short of horrifying, but there is hope that on the horizon. A new Pew Research study shows that birth trends among Christian Indians may be helping to change the cultural demographics in Indian births. Over the last several decades Christians have “stood out from India’s other religious groups, but in the opposite direction,” meaning they have a “natural balance” of girls and boys. As Christians have fruitfully set the example for generations, researchers have also seen a decline in sex-selective births. Muslim groups, who make up 14.2 percent of India’s population, have even shown trends nearing a natural ratio of boys and girls. In the last decade, the number of total male births in India per 100 female births has now dropped to 108.1 from a peak of 111.2 in the early 2010s.

According to Pew Research associate Yunping Tong, “The new data suggests that Indian families are becoming less likely to use abortions to ensure the birth of sons rather than daughters. This follows years of government efforts to curb sex selection — including a ban on prenatal sex tests and a massive advertising campaign urging parents to ‘save the girl child’ — and coincides with broader social changes such as rising education and wealth.”

There are several possible reasons for this decline in sex-selective abortions. Tong notes that the implications of aborting female babies for decades are severe: “International research shows that societies with high rates of sex-selective abortions typically suffer within a couple of decades from a shortage of marriageable women and a surplus of men seeking brides. This ‘marriage squeeze’ can trigger a variety of social problems, such as increases in sex-related violence and crimes and trafficking of women.”

Another possible reason for the decline is the Indian government’s efforts to reduce sex selection. In 2008, the Indian Prime Minister said, “No nation, no society, no community can hold its head high and claim to be a part of the civilized world if it condones the practice of discrimination against one half of humanity represented by women.” Government campaigns, slogans, and policies have taken place to end sex-selective abortion throughout India.

Binita Behra is a Christian sociologist whose primary focus is female feticide, and she works with the Evangelical Fellowship of India to bring attention to issues of gender equality. She credits the healthy sex-ratio among Indian Christians to their lack of concern for giving a dowry in a daughter’s marriage and to the teaching that “children are a gift from God.”

Behra points out what all Christians know to be true: A Christian view of family results in more prosperity, more security, and more blessing in the form of children. Without a proper view of God, children, and family, fallen men are left to their own devices and depraved outcomes, much like we have seen in the Hindu and Sikh families who have purposefully aborted their baby girls.

Christianity stands in opposition to killing an innocent, preborn human being, no matter the reason or circumstance. Sacrificing children on the altar of Moloch has been a tragic expression of depravity since the beginning of humanity, and this isn’t a foreign concept to us in the West either. For over 50 years, Christians in the United States have been fighting against the slaughter of the pre-born. Just last year, North Carolina Gov. Roy Cooper, D, vetoed a bill that would have banned abortions on the basis of sex, race, and a Down Syndrome diagnosis. We should remember to have the same disgust and outrage over what’s happening in our own nation as we do when we learn of the gendercide in India. It’s often easy to react in shock and disbelief when we hear of other countries committing such atrocities, but we are no different.

India and the United States alike are in desperate need of the Gospel, and perhaps God will continue to use Christians to serve as a witness to the lost. As their families grow and their sons and daughters multiply, we can pray that Christian children in India will be raised up and sent out as arrows to finally put an end to sex-selection in their country. Let us have that same motivation here at home to have many children, raise them up in fear and admonition of the Lord, and to share the Gospel with all who have ears to hear. 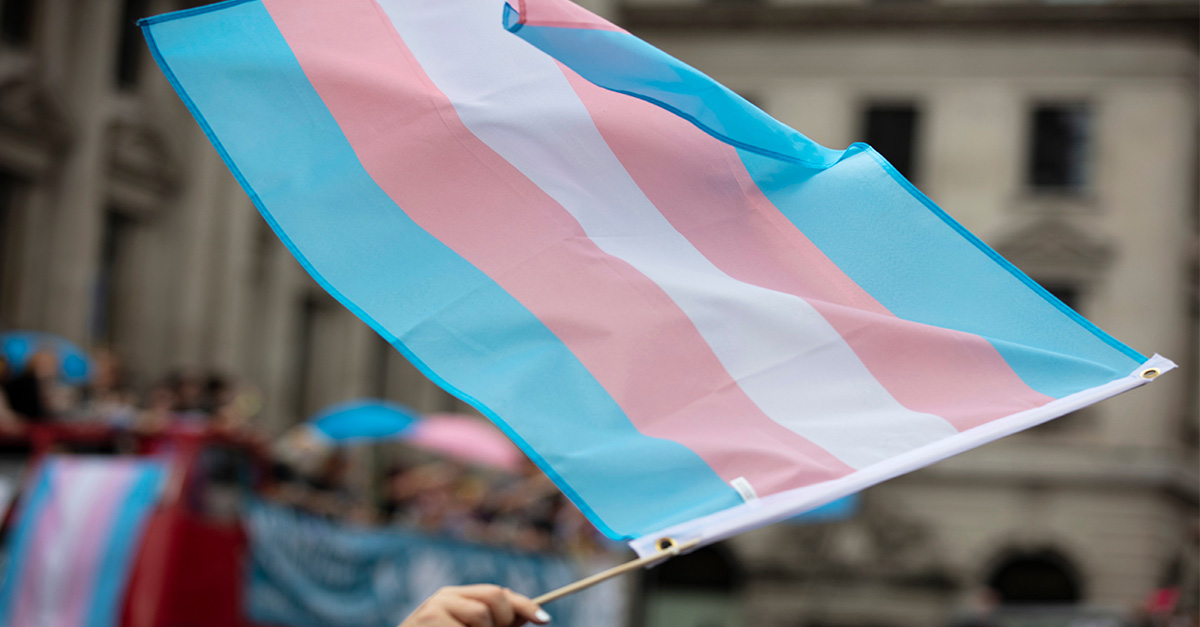 California set to become a sanctuary for transgender minors, thanks to new legislation that will obliterate parental rights