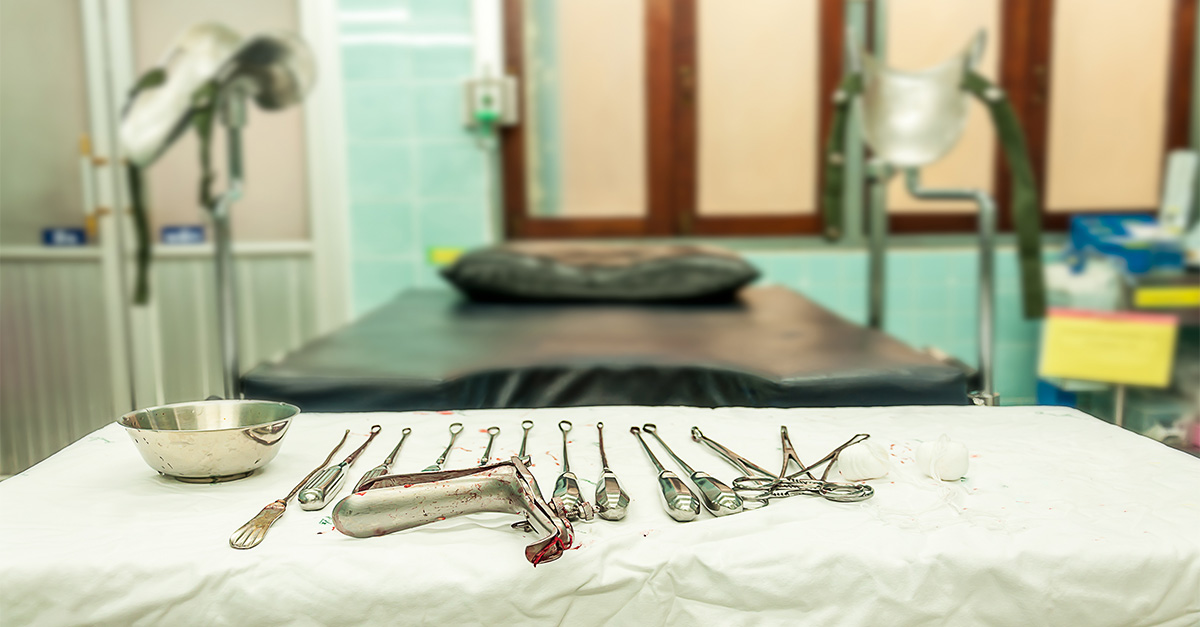 Voters will decide whether abortion is a constitutional right and whether legislators in Michigan can place limitations on abortion following a decision by the state Supreme Court to allow an amendment proposed by the pro-abortion group Reproductive Freedom for All to appear on the ballot this November.

The Michigan Supreme Court ordered the Board of State Canvassers last week to certify the petition to have the amendment placed on the ballot. The proposed amendment, entitled the Right to Reproductive Freedom Initiative, would make abortion a constitutional right. Its wording about abortion is decidedly slanted towards “reproductive freedom.”

“Reproductive freedom” is defined on the initiative as “the right to make and effectuate decisions about all matters relating to pregnancy, including but not limited to prenatal care, childbirth, postpartum care, contraception, sterilization, abortion care, miscarriage management, and infertility care.”

A “yes” vote would support adding a state constitutional right to abortion.

The proposed amendment claims that the state can still regulate abortion after fetal viability, but the state cannot ban abortion used to “protect the life of physical or mental health of the pregnant individual.”

A Michigan judge has already struck down a 1931 law banning abortion. Michigan Court of Claims Judge Elizabeth Gleicher declared the law unconstitutional. Gleicher wrote, “Manifestly, criminalizing abortion will eliminate access to a mainstay healthcare service. For 50 years, Michiganders have freely exercised the right to safely control their health and their reproductive destinies by deciding when and whether to carry a pregnancy to term. Eliminating abortion access will force pregnant women to forgo control of the integrity of their own bodies, regardless of the effect on their health and lives.”

Gleicher’s ruling centered around the right to privacy and equal protection under the Michigan constitution. She wrote:

“The statute not only compels motherhood and its attendant responsibilities, it wipes away the mother’s ability to make the plans she considers most beneficial for the future of her existing or desired children. Despite that men play [sic] necessary role in the procreative process, the law deprives only women of their ability to thrive as contributing [sic] participating in [sic] world outside the home and as parents of wanted children.”

She added, “Our Constitution does not permit the Legislature to impose unjustifiable burdens on different classes of pregnant women. It also forbids treating pregnant women as unequal to men in terms of their ability to make personal decisions about when and whether to be a parent.”

“Her arguments about the right to privacy, the right to bodily integrity, and then calling pregnancy a bodily intrusion just reveals her own bias toward abortion and against children,” said Snyder.

Snyder noted Gleicher’s use of the Michigan Constitution’s provision that says, “No person shall be compelled in any criminal case to be a witness against himself, nor be deprived of life, liberty or property, without due process of law.”

She added, “And the Supreme Court has already said, in terms of the U.S. Constitution, that there is no liberty interest under the 14th Amendment that would grant the right to abortion.”

It isn’t just Gleicher’s legal reasoning that is drawing criticism. She repeatedly donated to Planned Parenthood, represented the abortion organization in a case, and received an “advocate award” from them. Despite the apparent conflict of interest, Gleicher refused to recuse herself from the case.

This amendment should not have been allowed on the ballot in its current version, which is deceptively worded in a way to make voters support it. The euphemistic “abortion care” is listed after already available healthcare services like “prenatal care,” “childbirth,” and “miscarriage management.” By design, Michigan voters will have a hard time reading those and voting “no” to them even if they are vehemently against abortion.

If abortion supporters truly believe that the voters overwhelmingly want the right to an abortion, then abortion should be the only item put to the people in a vote. Unfortunately, this is the same tactic that modern-day politicians use to sneak in unpopular ideas.

Gleicher’s ruling is just plain shameful. A judge with integrity and a true love for the law would have recused herself from the case. She did not and so what Michigan got was a ruling that fully reflects the faulty reasoning of pro-abortion activists — full of scary language about the supposed wide-ranging dangers of pregnancy to women and statements about how a woman’s equality somehow hinges on the right to kill her own child. Her ruling completely ignores the Supreme Court’s overturning of Roe v. Wade.

The Michigan Constitution is extremely detailed in its language. And yet it has no section, no wording, that declares or even alludes to a woman’s right to an abortion. Nor is there a stated right to privacy that could somehow be equated to a “right” to an abortion. Gleicher’s ruling overlooks the most salient and inalienable right declared in the state constitution: the right to life. It clearly states, “No person” — even those accused of the most heinous crimes — “shall be deprived of life without due process.” But no due process is ever pursued or afforded in an abortion transaction that takes the life of an innocent child. In other words, she woefully ignored the plain words of her own state constitution and the recent ruling of the Supreme Court and instead imposed her own views.

What Gleicher and many others also ignore is that men and women are not identical. Women can become pregnant, men cannot. That is a reality that cannot be ignored in any decision that allows a child’s life to be ended. The 1931 statute doesn’t “compel motherhood.” Women who engage in sexual activity know that they can become pregnant. That is their choice. Conservatives are in full support of laws that would make men more responsible for the support and care for children. These laws and policies would promote equality. But “equality” isn’t what those on the left want. They want abortion.

Judges around the country are now blatantly ignoring the Supreme Court’s overturning of Roe by simply applying their ludicrous reasoning to their state constitution. This is a misuse of the judiciary for one’s own political desires. Proverbs 17:15 says, “He who justifies the wicked and he who condemns the righteous, both of them alike are an abomination to the LORD.” These rulings that support abortion and condemn children to death are an abomination — and judges will one day answer for their rulings.

Now that this amendment is on the ballot, it is up to Michigan Christians and all state citizens who value life to vote and to educate others about the amendment and its consequences. The amendment won’t simply allow for abortion; it will also prevent the legislature from imposing restrictions on it. If a woman wants an abortion at nine months and a doctor decides it would cause her too much stress, she will be allowed to have an abortion. That is how broadly “mental health” can and will be used when it relates to abortion.

Christians must mobilize to help defeat this amendment. Lives are very much at stake. 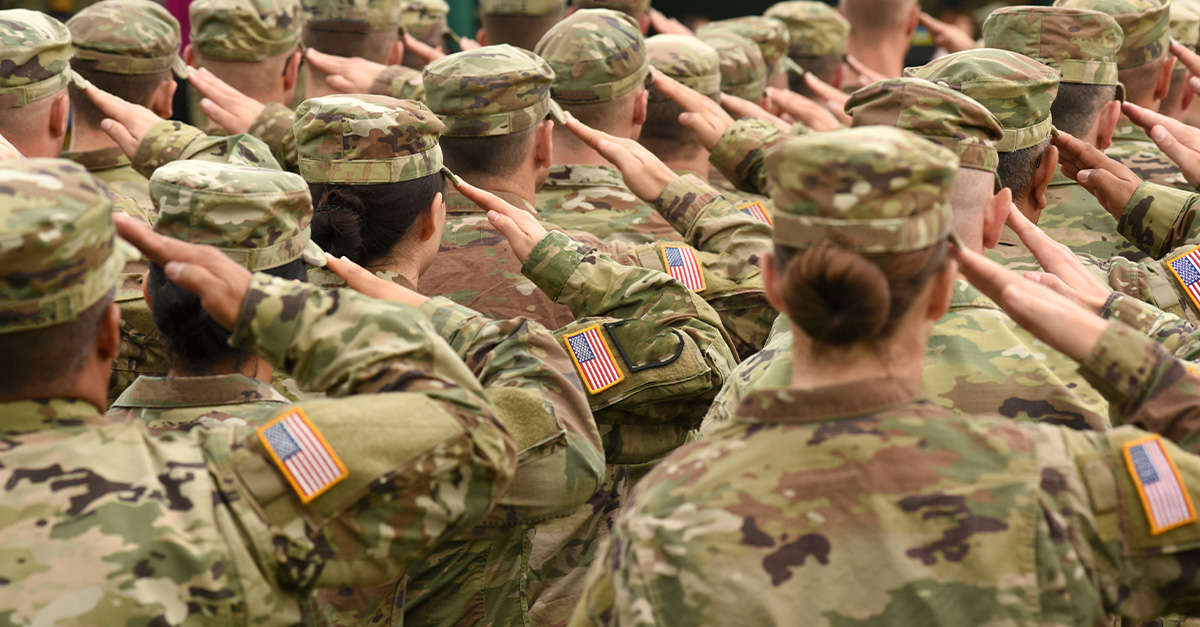 U.S. Army marches into abortion politics by saying it will consider recruits’ request to avoid serving in pro-life states