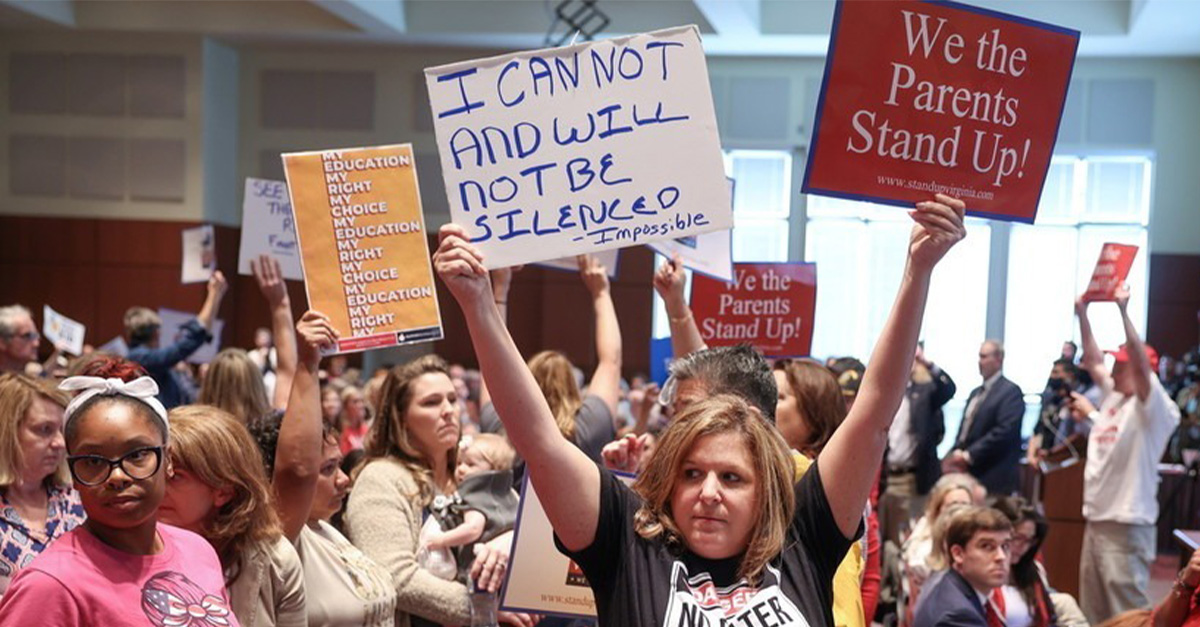 Yes, Christians Should Run for the School Board

I regret to inform you that the “anti-culture war” warriors are at it again.

In what can only be described as tone-deaf given the current groundswell of parents trying to save their kids from woke ideology, Christianity Today published an article telling parents, “Don’t Run for the School Board.” Yes, that was the actual title. The subtitle was even worse: “Education is important. But the answer lies in family discipleship, not culture wars.”

Now, here’s a little tip from someone who has been reading pieces like these for years — when you see framing like that, you know it’s time to put on a rhetorical life jacket. Because as you sail down the river of letters, you will quickly hit the whitewater rapids of pietistic false dichotomies regarding Christian engagement in politics and culture.

This piece was certainly no exception.

In the article, written by Bonnie Kristian, she acknowledges that parents are concerned about the state of things inside the public schoolhouse. She says, “We hear that America is in trouble because we’ve ‘taken God out of schools’ and that the solution is to claim political power and force God back into the schoolhouse.”

She admits there is both an appeal and a logic to such a plan. She concedes that “Whatever your politics, the core idea of joining or regularly lobbying the school board to improve our kids’ education has an obvious appeal.” Indeed, it does; I would assume any parent who is involved in their child’s education beyond the level of drop-off and pick-up would want to see their schools improved. She goes on to ask, “Who doesn’t want their child’s schooling to be virtuous, rigorous, and healthy? It may seem not only sensible but glaringly obvious to seize this power where available.”

Now, if we didn’t know where this was going, one could be excused for nodding along enthusiastically up until this point. As she said, who doesn’t want their child’s school to be informed by morality, or for it to be “virtuous, rigorous, and healthy?” Everyone wants that, right?

Apparently not everyone. Because in what functions as quite the bait-and-switch, we soon find that she is no longer just talking about being good citizens, involved in our communities, and caring for our children by engaging the school board.

No, by going as far as to run for a spot on the school board, we are now in fact doing that dirtiest of deeds — fighting the culture war.

Which, as Kristian tells us, must be interrogated as something beyond the scope of just wanting your child’s education to be “virtuous, rigorous, and healthy.” Before taking such drastic action as becoming politically engaged, we must first ask “if culture war is the wrong approach entirely?”

That’s not a rhetorical question. It’s a very real one for this author, with a very real answer: Yes. Fighting the culture war is the wrong approach (entirely).

If you want better schools, great. But like window shopping, all you get to do is wish for it.

Never mind that school districts across our nation are foisting radical gender theory and pornographic material on schoolchildren. Never mind that young women are being sexually assaulted in the women’s bathroom by male students pretending to be female. And, of course, ignore the rising violence occurring in the schools, or the fact that six-year-olds are still being forced to wear face masks for eight hours a day in some districts.

No, according to Kristian, “The real problem, then, is outside the scope of the culture war, which despite its spiritual mask amounts to a variant of power politics. The real problem is how we have come to be.”

What’s the solution? It’s not the legitimate pursuit and use of political power to prevent perversion and moral deformation. No, she writes, “For Christian parents worried about our children’s education, the real (and most realistic) remedy is discipleship.”

In other words, Christian parents should give up. Hoist the white flag and yield the polis to the pagans. Bid a farewell to arms in the culture war — and just disciple your children.

There is an old saying that goes something like this: “If you send your kids off to Rome to be educated, you shouldn’t be surprised when they come home Romans.” At least in our modern manifestation of the Christian/Roman divide, we are still free to exercise some oversight over said Roman educators. But Kristian would have us desert that perch as well.

She suggests that Christian parents might have other educational options for their children. Whether they do or don’t, the command for Christians to love our neighbors still extends beyond our own children. It even extends, whether you like it or not, into the very real culture war that is raging around us.

The truth that Kristian never arrives at is that Christian parents aren’t the aggressors in the culture war. At best we are playing defense, and flipping a few seats on the school board is a far cry from unfiltered Christian Nationalism.

Closing our eyes to the real culture war won’t stop the postmodern heat-seeking missiles of deconstructive ideology from finding our kids any more than shutting our eyes on a sunny day prevents the UV rays from reaching our faces. Denying the facts on the ground doesn’t change reality. Even the best family discipleship in the world doesn’t absolve Christians of their responsibility before God to be shrewd about the times we live in and engage accordingly.

When dealing with culture war deserters and deniers, I often think of the scene from “Pirates of the Caribbean” (the first one, aka the best one) when Captain Hector Barbossa says to Elizabeth, “Best start believing in ghost stories, Mrs. Turner—you’re in one.”

Best start believing in the culture war, Christianity Today—you’re in one, too.

More importantly, so are the kids. Dr. Mohler, president of Southern Baptist Theological Seminary, put it like this:

“One of the ways we care about our own children, as well as by love of neighbor, the children of others, is that we care about the future shape of this society…. I, for one, do not believe it can for a moment be considered Christian faithfulness just to leave all the policy, all the government, all the hiring, all the questions about the future of society in the hands of others, especially when those others have told us upfront that they intend to lead the entire society, rearrange the entire society, in a very different direction.”

And let’s be clear: That “very different direction” is anti-God, anti-gender, anti-family, anti-truth, anti-reality, and — at the end of the day — even anti-education.

Apparently, parents across the country didn’t get this memo before the recent elections on Tuesday night. Less than 48 hours after this admonition was published, reports came streaming in from local school board contests around the country. In a variety of states, conservatives managed to pull off some impressive electoral victories. According to the 1776 Project Pac, “All three of our endorsed candidates in Sarasota County, Florida have WON their elections. We just flipped the school board from a 3-2 liberal majority to 4-1 conservative.”

Now that’s culture-warring for the win.

I also want to point out the fact that being involved in your local public school, or running for the school board, is in no way opposed to deep, biblical discipleship of your own children at home. It’s not an “either/or” dichotomy, and that’s what makes Kristian’s piece so misguided from the jump. It’s “a both/and” equation — both discipleship of your children and fighting for the future of our country.

To pretend otherwise is to embrace a “theology of defeat,” conceding that the pagans have won, and all we can do now is be pious and quiet until they come to lock us up.

Last I checked, we still live in a representative republic. Elections are won and lost with regularity (again, see Florida). Christians can run for the school board — and win. They can serve on the school board, for the glory of God and the good of their neighbors. 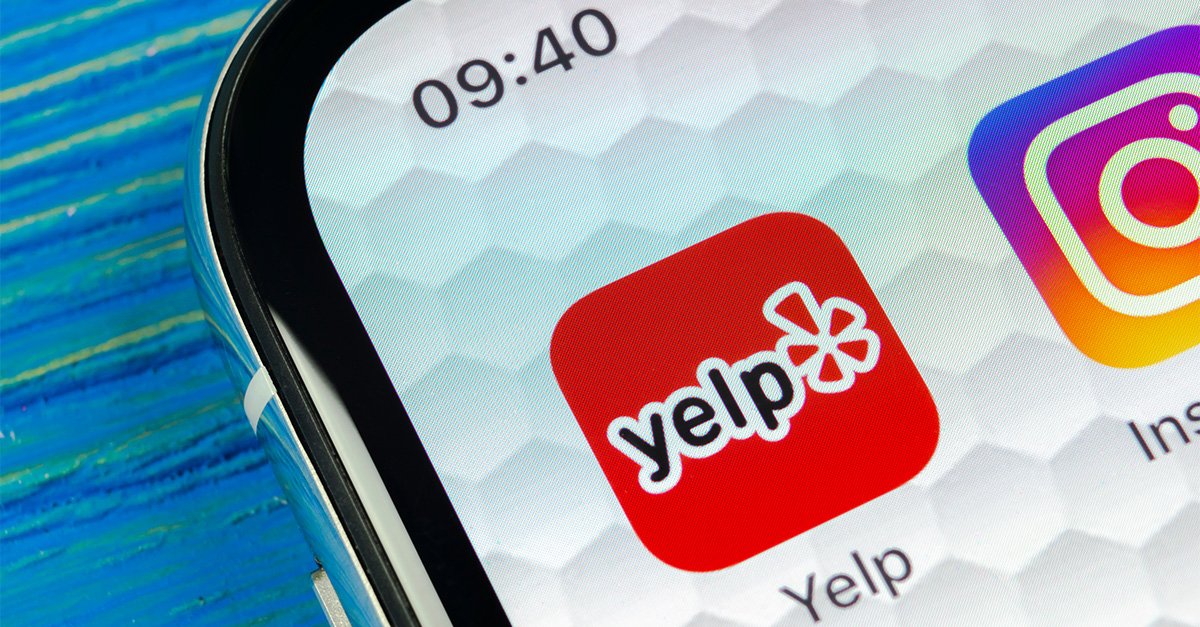