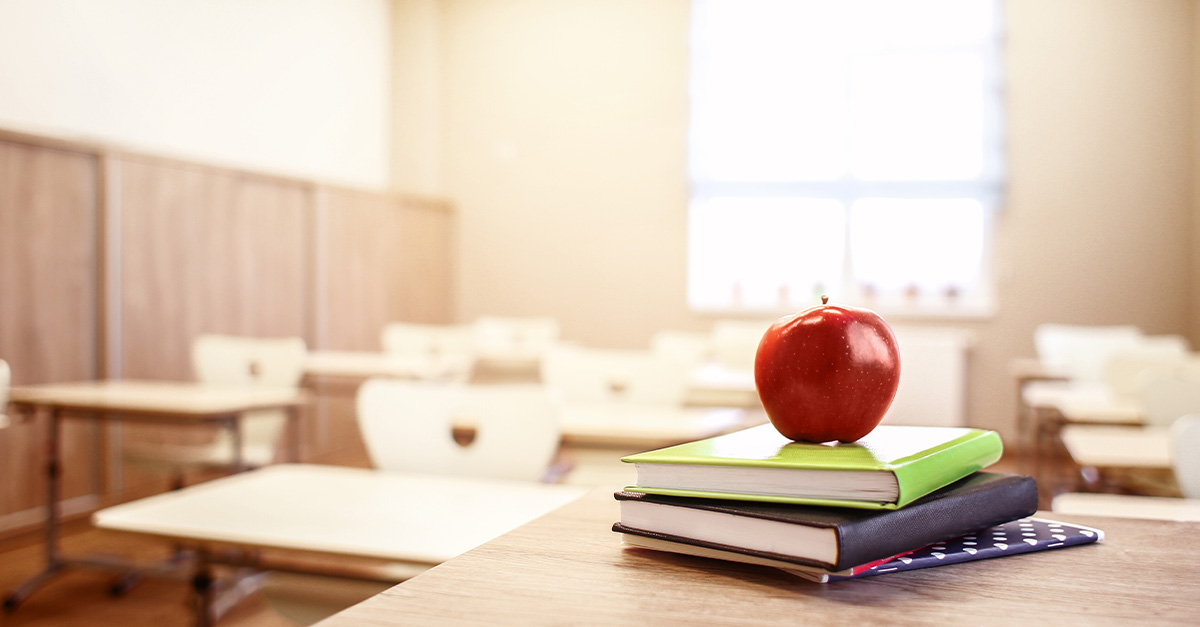 What is the Pitiful Problem With Education?

Ruby Bridges was the firstborn child of Abon and Lucille Bridges. The Bridges were farmers from Tylertown, Mississippi. As a black family living in the segregated south in 1950, they were aware of their limited options for work. The Bridges relocated to New Orleans to pursue better job possibilities. This family, like many, realized the importance of hard work and education in climbing the ladder of success, and they wanted better opportunities for their children.

In the same way that the Bridges sought opportunities in their day, parents today continue to seek the benefits of hard work and a decent education for their children. Unfortunately, public schools are no longer institutions focused on children’s primary education; they’ve become experimental laboratories of indoctrination for kids. Today, students are used as test subjects for the latest notions proposed by modern critical theorists.

No longer is education the prescription for success that it once was. The hard work of achieving academic excellence is ignored. Poor academic performance among students receives the majority of attention, supporting the notion that institutional racism is the root cause and that educational reform is therefore necessary.

Education has changed dramatically from the days of Abon and Lucille Bridges in the 1950s. I’d argue that education was better at preparing children for success during the ’50s than it is today. And the results can be readily evidenced in higher failure rates, low achievement scores, and programmatic government dependency.

During the 1950s, racism and segregation had taken their toll on black families like the Bridges. However, education was still seen as a priority for most blacks. According to the National Center for Education Statistics, the percentage of blacks unable to read or write at age 14 decreased from 79.9% to 1.9% between 1870 and 1979. From 1870 to 1940, perhaps the most heinous period of segregation and Jim Crow, we witnessed the most significant drop in illiteracy (79.9% to 11.5%). This tremendous improvement brought black students parity with their white counterparts regarding literacy.

By 1969, organizations such as the National Assessment of Educational Progress had begun to assess reading, mathematics, and other important educational indicators. Long after the civil rights struggle, the black power movements of the 1970s, and even the beginnings of Critical Race Theory in legal studies, there has been a persistent drop in scholastic achievement in black communities.

Between 1992 and 2019, blacks experienced a 10-point drop in overall academic performance, expanding the gap with whites. While a 10-point decline may not appear to be noteworthy, a closer examination of the figures reveals the looming disaster that awaits scores of children in the coming years.

Armstrong Williams cited information from the National Assessment of Educational Progress in an essay published in The Hill in 2022. Williams writes,

As indicated, there has been an observable reversal of progress in educational achievement. But how is this possible, and what is the root cause?

Is Racism the Problem?

How can educational advances earned during a more difficult period in American history be so readily squandered during a period of immense opportunity? Is racism to blame for the obstacles that students face?

Most academics would say that racism is the root cause of putting black pupils behind. Many papers and published studies cite corollary anecdotal evidence to prove the narrative of racism. Furthermore, many of the proposed solutions to correct the problems (i.e., less policing of students, easier testing, more funding, etc.) can be easily refuted by pre-Brown v. Board of Education examples like Dunbar High School in Washington, D.C.

Long before the Brown v. Board of Education decision, Dunbar High School was a segregated high school. The school was underfunded, had students from all socio-economic strata, and had a penchant for discipline. During segregation, this all-black high school consistently graduated men and women who would be firsts in their area of expertise.

“For a period of 85 years (1870–1955), Dunbar was an academically elite, all-black public high school in Washington, D.C. As far back as 1899, Dunbar students came in first in citywide tests given in both black and white schools. Over the 85-year span, most of Dunbar’s graduates went on to college, even though most Americans—white or black—did not…Those Dunbar graduates who attended Harvard, Amherst, Oberlin, and other prestigious institutions (usually on scholarships) ran up an impressive record of academic honors.”

Unfortunately, the lessons learned from Dunbar High School were lost after the Brown v. Board of Education decision. Another topic for another article, perhaps.

After desegregation, there were examples such as the aforementioned Ruby Bridges, the daughter of Abon and Lucille Bridges. Ruby was six years old when she walked into the newly desegregated William Frantz Public School in November of 1960. Bridges’ parents suffered greatly due to their decision to send Ruby to the school, including job loss, threats of violence, and daily anxiety as Ruby went through a crowd of irate protestors.

Ruby’s bravery in the face of such vitriol was seen throughout the country. White families from the north sent money and letters of support to her family. The sight of six-year-old Ruby walking past angry mobs guarded by Secret Service men caught the attention of Norman Rockwell, who would submit a renowned painting of Ruby, later featured in Look Magazine, titled “The Problem We All Live With.”

Long after her education and fights against discrimination, Ruby Bridges would later in life join President Barack Obama at the White House in 2011, when the President exhibited the iconic picture and offered Ruby the chance to meet.

For most blacks, breaking down barriers was a critical practice long before the Civil Rights Movement gained prominence. However, when socialist communists and Martin Luther King, Jr., wedded black people to the state, a significant drop in education began.

The Civil Rights Movement led by Martin Luther King, Jr., represented a cultural revolution among blacks. For a generation of black children, education was no longer considered the route to success. Instead, radical forms of anti-government resistance were believed to be the new power.

Blacks were the first ethnic minority in American history to link political promises obtained via party membership to future achievement. Sadly, this situation still exists today, and its impact is harming all children.

While the leftward political tilt didn’t begin with the Civil Rights Movement or Martin Luther King, leftists and progressives seized an opportunity to dominate two areas of cultural influence — politics and education.

“Peruse the course catalog of any major education school, or read the Twitter feeds of the professor . . . and you will find yourself swimming in an ocean of hard-left ideology: ‘critical theory’ that says there is no truth, only power; ‘intersectionality’ that says you’re not allowed to be right about anything unless you’re right (that is, Left) about everything; cheerleading for every fashionable left-leaning cause.”

“The historical amnesia about the dangers of communism and socialism is on full display….When we don’t educate our youngest generations about the historical truth of 100 million victims murdered at the hands of communist regimes over the past century, we shouldn’t be surprised at their willingness to embrace Marxist ideas. We need to redouble our efforts to educate America’s youth about the history of communist regimes and the dangers of socialism today.”

It’s easy to agree with Dr. Greg Forster and Marion Smith. The evidence is overwhelming. The question now is, what are the outcomes?

The reports reveal a consistent decline in academic performance for all children. However, poor academic performance among ethnic minorities is blamed on systematic racism, and students are given large doses of Critical Race Theory to offset culpability away from the student and onto the historical narrative.

White students are also affected as they are constantly bombarded with a plethora of intersectional identities that give cover for poor outcomes, as students seeking victimization begin to identify with a gender unrelated to their biology at birth.

This fog of confusion obscures the kind of education that prepares one for life. Any opposition to this explanation for failure is immediately met with charges of bigotry and racism, and this is the current status of education.

As the culture becomes increasingly confused, Christians must be “as wise as serpents and as innocent as doves” (Matt 10:16). The biblical worldview reinforces the promotion of total and comprehensive education. God instructs the children of Israel early on, saying,

“And these words that I command you today shall be on your heart. You shall teach them diligently to your children and shall talk of them when you sit in your house, and when you walk by the way, and when you lie down, and when you rise. You shall bind them as a sign on your hand, and they shall be as frontlets between your eyes. You shall write them on the doorposts of your house and on your gates.”

The words teach and teaching are mentioned 212 times in the scriptures. Christianity, unlike any other worldview, is an intellectually rigorous worldview. For far too long, we’ve delegated education to public school systems.

Only recently have Christians taken a stand, as we’ve witnessed the proliferation of homeschooling across the country. The next phase of growth, however, will require true vision and sacrifice as followers of Christ re-stake our claim in the area of education. It will be imperative to build our own colleges, universities, and seminaries, unyielding to the cultural onslaught we’ve witnessed in the last decade.

The time has come; we must take a stand.

This article originally ran on the “Just Thinking” blog at G3 Ministries. It is republished here with permission.

Virgil L. Walker is the Executive Director of Operations for G3 Ministries, an author, and a conference speaker. He is the co-host of the “Just Thinking” podcast. Virgil is passionate about teaching, disciple-making, and sharing the Gospel of Jesus Christ. Virgil and his wife, Tomeka, have been married for 26 years and have three children. Listen to his podcast here. 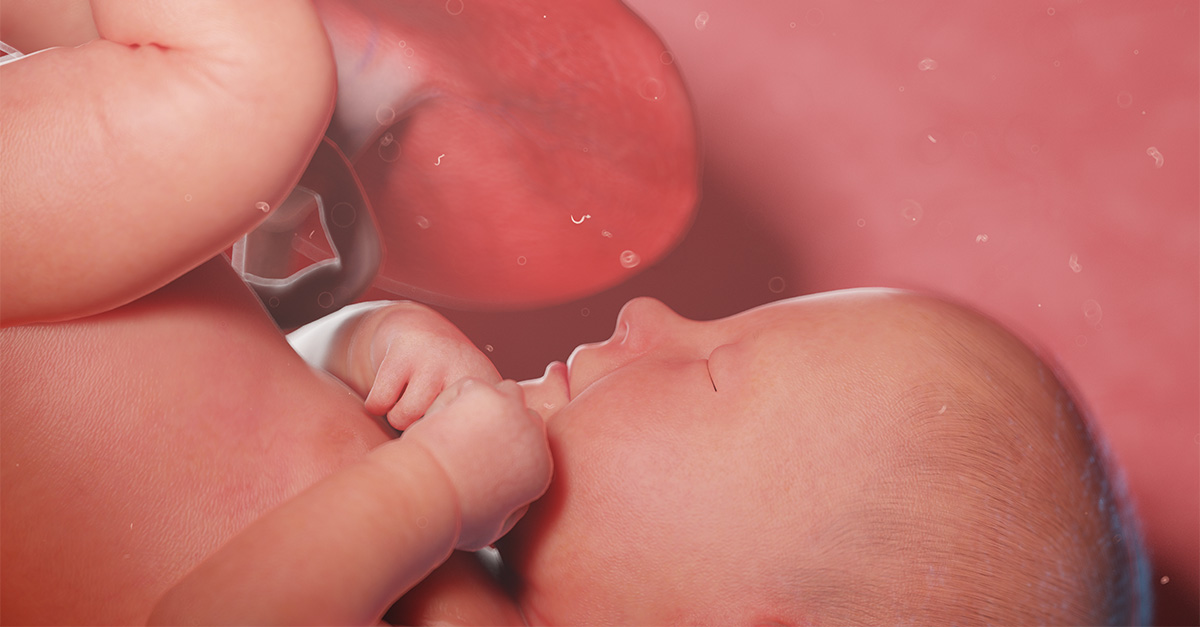 In the wake of the Dobbs ruling, a federal judge reinstates North Carolina’s law banning abortions after 20 weeks