This is the second part of a two-part article in which I share four key virtues for faithful Christian living in an age of widespread compromise. These reflections were prompted by reading Iain H. Murray’s book Evangelicalism Divided: A Record of Crucial Change in the Years 1950 to 2000.

In part 1, I looked at what it means to preserve doctrinal clarity by drawing bold, not perforated lines, around the Gospel. I also argued that Christians do need to show charity to one another, even when we disagree.

Here in part 2, I consider the final two lessons: courage and confidence.

No matter how much clarity is achieved nor how charitable our delivery or tone may be, there will still be a two-fold temptation to either accommodate the world for the sake of their approval or to despair when grossly mispresented by detractors; therefore, Christians need courage — courage to aim only, and ultimately, at God’s approval, not man’s.

There will always be the temptation to fear man and to compromise core convictions in the hope of receiving worldly approval, or to wither in the face of false accusations or misrepresentations for taking bold stances.

Christians need courage to resist the siren call of the cultural elites: the prized position or the warm and welcome embrace of political power that promises a wider Gospel influence if we can just water down our message. We must have the courage to stand alone, if need be, and trust that God is doing His work in the world regardless of whether we can see it or not.

W.A. Criswell, pastor and former president of the Southern Baptist Convention, once suggested that the temptation facing Christians, particularly Christians and pastors in the academic world, went something like this: The liberal says, “If you call me a Christian, I will call you a scholar.”

It takes courage to look at such an offer and turn it down.

“We may be small in numbers but since when has the doctrine of the remnant become unpopular among Evangelicals? It is one of the most glorious doctrines in the whole Bible. We are not interested in numbers. We are interested in truth and in the living God. ‘If God be for us, who can be against us?’…If we stand for God’s truth, we can be sure that God will honor and bless us.”

Speaking of numbers, evangelical Christians must re-apply this courage to the particular effort of forsaking pragmatism. I would argue that beneath the false promises of ecumenicalism was the allure of results-driven pragmatism, and that is what led many otherwise faithful leaders to compromise.

They heard the threats of the world and of the “non-Christian Christians” warning them that if they continued to stand for such backward beliefs as the verbal inspiration of Scripture or penal substitutionary atonement they would be relegated to a small, irrelevant band of fundamentalists, shut out of the mainline institutions, mocked by the media, and derided by the Catholics.

“Liberalism gained its hold on Protestant churches because good men feared that unless concessions were made to the latest ‘scholarship’ the churches would lose their place in the modern world. Co-operation with non-evangelicals and participation in the ecumenical movement were promoted in the genuine hope of wider gains for the gospel.”

The appropriate answer back to such a threat of obscurity, or the promise of man’s approval, is not to sweep significant doctrinal distinctions under the rug in order to get the handshake from the liberals. Rather, we must repeat after the Apostle Paul and stand firm:

Pragmatism is also what is driving many to incorporate woke teachings in their churches today. The fight isn’t exactly over the inerrancy of Scripture or substitutionary atonement but rather over “white guilt” or “systemic racism” or “LGBT inclusion.” Christians today are less likely to be called uneducated and more likely to be labeled a bigot. It still takes courage to resist this temptation to compromise.

In finding the courage it takes to forsake pragmatism, and to reject the pressure to compromise for the approval of man, we must remember that the Church is ultimately God’s work, not ours. We are not called to win a foothold for the Gospel at the most respected academic institutions, but rather be faithful in our churches. We, mere men as we are, labor on whatever ground God has given us, planting, watering, and tending the crop as we can. But it is God who gives the growth.

Sometimes Christians can be a timid bunch. We are easily frightened and made to feel insecure because the world rejects us. But what did we expect? Jesus taught us — warned us — that this would happen. In John 15:18 Jesus tells his disciples, “If the world hates you, keep in mind that it hated me first.”

But the only way we can do that is if we have the confidence that God will win, that God is on our side. We must also remember Jesus’s word in John 16:33:

“I have told you these things, so that in me you may have peace. In this world you will have trouble. But take heart! I have overcome the world.”

When asked to compromise, we must have world-conquering confidence in God’s goodness or we are not going to make it.

We must be confident that God will reward those who are found faithful on the day of judgment. We must have confidence that God’s purposes will come to pass and that they will be fully revealed when Christ returns and all men will give an account.

If compromising on the Gospel or the clear teachings of the Bible is the only way you can fill up a stadium with thousands of attendees for a rally, then it’s not worth it. As Jesus noted in Mark 8:36: “For what does it profit a man to gain the world and forfeit his soul?”

Better for all Christians — and all preachers, pastors, and evangelists — to confidently labor in a life of obscurity than to sacrifice the truth on an altar of ecumenical unity. It can be hard to see that, but it’s true; that’s why we must be confident in the fact that Christ is ruling and reigning even now, seated at the right hand of God the Father.

We must have the confidence of Job, who even in the midst of extreme suffering proclaimed, “For I know that my Redeemer lives, and at the last he will stand upon the earth” (Job 19:25).

As noted in part 1 of this series, Lloyd-Jones was willing to hold his ground against even his friends, like John Stott and J.I. Packer, on the important matter of being crystal clear on the essentials of Christian doctrine and the Gospel. At the Evangelical Alliance in 1966, Lloyd-Jones argued that evangelicals should never compromise on the faith, even if meant being seen as less important to the watching world. His words, as stated above, bear repeating:

“We may be small in numbers but since when has the doctrine of the remnant become unpopular among evangelicals? It is one of the most glorious doctrines in the whole Bible. We are not interested in numbers. We are interested in the truth and in the living God.”

Sadly, because of his stand for truth, Lloyd-Jones lost influence within the broader movement for evangelical inclusion. Murray, quoting McGrath, notes that after 1966, “Lloyd-Jones retained wide respect as a spiritual guide, but was no longer seen as an evangelical statesman who could speak for the movement as a whole…He became increasingly a voice in the wilderness…”

His prediction about the importance of being a bold “remnant” came true even in his own life. And yet, though he may have been a voice in the wilderness, when you read Evangelicalism Divided, you are left with the unmistakable impression that Lloyd-Jones was right. He stood strong and tall against the foolish compromises of his day and age.

The spirit of Lloyd-Jones, of commitment to Christian essentials combined with a willingness to work across denominational boundaries when the Gospel is at stake, is what we desperately need today. In fact, what we need now, more than ever, is for pastors and Christian leaders to consider the final day of judgment, and the accounting they will give to God for the discharge of their duties, and for the goal of all Christian efforts to be a striving for faithfulness over apparent fruitfulness.

We must, like Lloyd-Jones, be prepared to stand alone. For we know that if we stand with God, we are never alone. And if we stand firm on God’s truth, we will be proven right in the end. To do this takes at least clarity, charity, courage, and confidence — and more virtues, no doubt — as well as the power of the Holy Spirit at work in our lives. Pray that God gives us such grace to remain uncompromising until the end when we hear those words: “Well done, good and faithful servant!” (Matthew 25:21) and enter into our final rest. 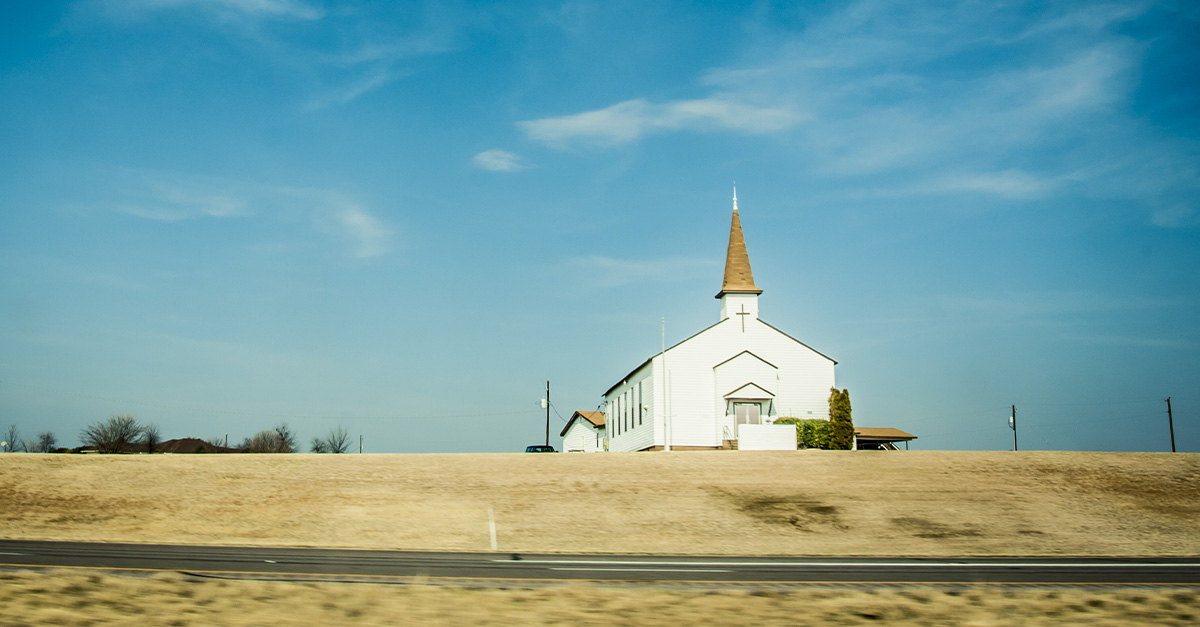