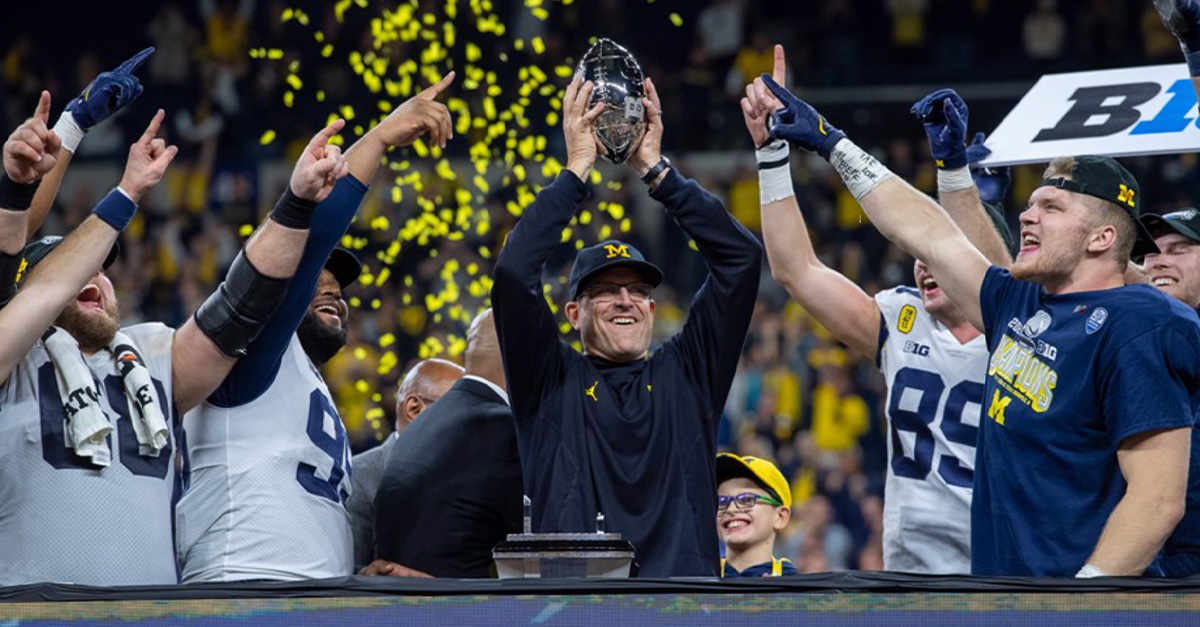 Coaches are notorious for “coachspeak,” the term fans and analysts use to refer to the canned answers they give to any questions thrown their way. These responses are typically short on anything of real substance and long on supposed respect for coaches, teams, and players.

Coaches, especially high-profile ones, are always very careful, trying their utmost not to offend or give anything away.

Coach Jim Harbaugh, the head of the University of Michigan football program, broke completely with that tradition recently when he spoke at a pro-life event.

Abortion, he stated, “results in the death of an unborn person.”

He added, “In God’s plan, each unborn human truly has a future filled with potential, talent, dreams, and love. I have living proof in my family, my children, and the many thousands that I’ve coached that the unborn are amazing gifts from God to make this world a better place.”

Harbaugh has drawn attacks for his stance, but he is no stranger to criticism. Of all the coaches, he may be one of the few that doesn’t always practice “coachspeak.”

In reality, the Michigan coach is a hard case to figure. Like offensive plays, Harbaugh calls them like he sees them. He coached controversial quarterback Colin Kaepernick when he was at the San Francisco 49ers, but when asked later to comment on his player’s protest of the national anthem, Harbaugh admitted that he “didn’t respect” the protest, that “his method of action [is what] I object to.”

When President Trump called for Kaepernick to be fired Harbaugh responded, “ridiculous … he should check the Constitution.” By contrast, he came out and praised Trump on another occasion, saying, “The thing I like about Donald Trump is he’s not afraid to fight the establishment.”

He appeared at a Hillary Clinton campaign rally in 2016.

He took his team to the Vatican and participated in a “Pray it Forward” campaign.

He said he wanted to create a culture where gay players were able to thrive.

He marched in a protest after George Floyd’s arrest and death.

He praised Stephen Ross, owner of the Miami Dolphins and a Trump supporter. He responded to critics by calling them “zealots,” and noting that “We’ve got zealots on all sides of the aisle these days.”

At the Right to Life rally, he stated, “I love life. I believe in having a loving care and respect for life and death. My faith and my science are what drives these beliefs in me. Quoting from Jeremiah, ‘Before I formed you in the womb, I knew you. Before you were born, I set you apart. I appointed you as a prophet to the nations.’”

When questioned about his comments, Harbaugh went further. “Faith, family, football … those are my priorities. I just think that … the abortion issue is one that’s so big that it needs to be talked about. It needs serious conversation. What do you think? What do I think? What do others think?”

Later during an interview with ESPN, he elaborated on his pro-life views, stating, “It’s a life-or-death type of issue. And I believe in, and I respect, people’s views. But let’s hear them. Let’s discuss them because there’s passion on both sides of this issue. So when you combine that with respect, that’s when the best results come. … [I’m] just contributing to that conversation and that communication, which I think is really important, in my opinion.”

Harbaugh later doubled down on his beliefs and showed that he doesn’t just talk the talk. He announced that if any family member or member of his football program had an unplanned pregnancy and couldn’t take care of the child, he and his wife would take that child in and raise it.

“I’ve told [them] the same thing I tell my kids, boys, the girls, same thing I tell our players, our staff members. I encourage them if they have a pregnancy that wasn’t planned, to go through with it….Let that unborn child be born, and if at that time, you don’t feel like you can care for it, you don’t have the means or the wherewithal, then Sarah and I will take that baby.”

If any of them wanted to choose life but didn’t want to be a parent, he said, “we got a big house. We’ll raise that baby.”

At the most difficult time in history to be a pro-life advocate, Harbaugh is one. Unequivocally. Not just privately, but publicly. Not just in words, but in actions. At a time when cancel culture rains fire on those who step out of line, Harbaugh runs wherever he feels he should.

Harbaugh has his dream job. As a former Michigan player, he now coaches one of the most storied programs in college sports. He is highly paid. After years of criticism for his team’s performance on the field and demands that he be fired, Harbaugh is coming off the program’s most successful season in over 20 years. Over the winter, he delivered the team’s first victory against archrival Ohio State since 2011 and the team’s first Big Ten championship since it shared the title with Iowa in 2004. The team made the College Football Playoffs for the first time in its history last season.

So why speak up now?

Harbaugh explained, “During halftime of a game, talking with the players, I say they are here because they have chosen to be here. If someone believes in what they stand for, they are choosing to stand for that position. And what kind of a person are you if you don’t fight tooth and nail for what you stand for?”

Pro-life Christians may not agree with Harbaugh on every controversial issue, but his courage and his stand for life are truly inspiring. If you aren’t a sports fan, you may not grasp how rare this is. Coaches — especially coaches of public universities — do not say personal things like this publicly. If a coach does happen to wade into the political fray, it is almost always on the side of wokeness.

What’s more, Coach Harbaugh stood up for unborn children at a time when most people in the university town of Ann Arbor are overwhelmingly hostile to the idea of life, protesting not only for abortion but against crisis pregnancy centers and adoption. And even as Harbaugh was speaking up, a group of newly accepted Michigan medical students got up and walked out during their white coat ceremony because the keynote speaker, Dr. Kristin Collier, is pro-life.

So Coach Harbaugh should be lauded and emulated for putting everything on the line. Hopefully his love for life and his courage are contagious because the world needs more men who will stand up, speak the truth, and defend the vulnerable — no matter how great the cost. 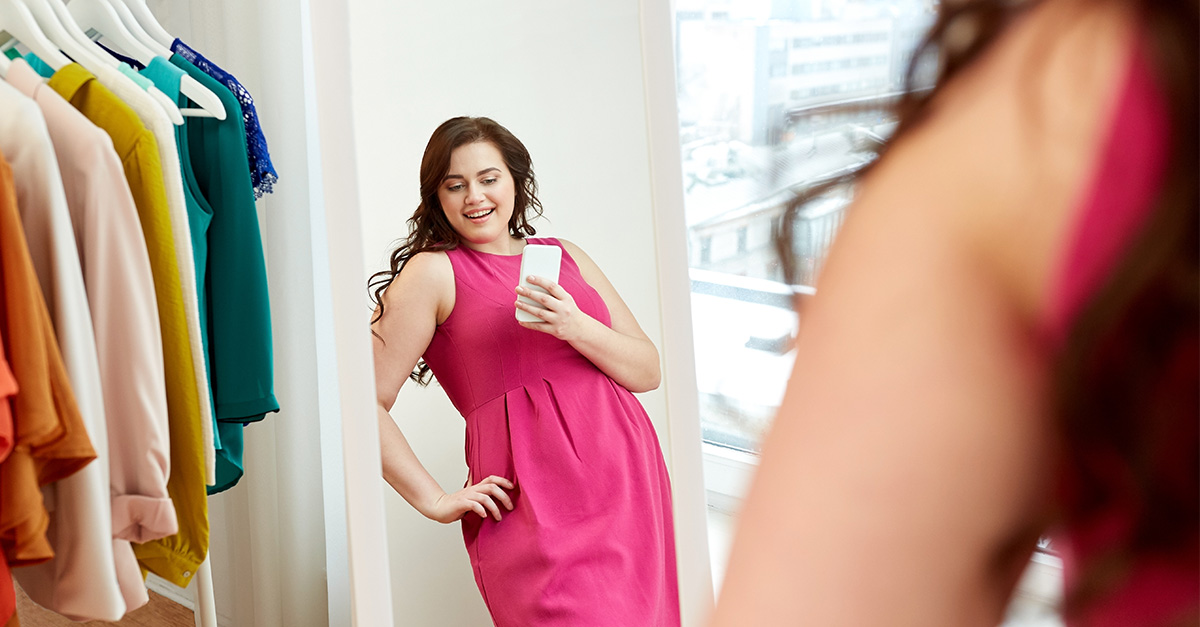 Body Positivity: The Deadly Summation of Health Risks, Intersectionality, and the Worship of the Self