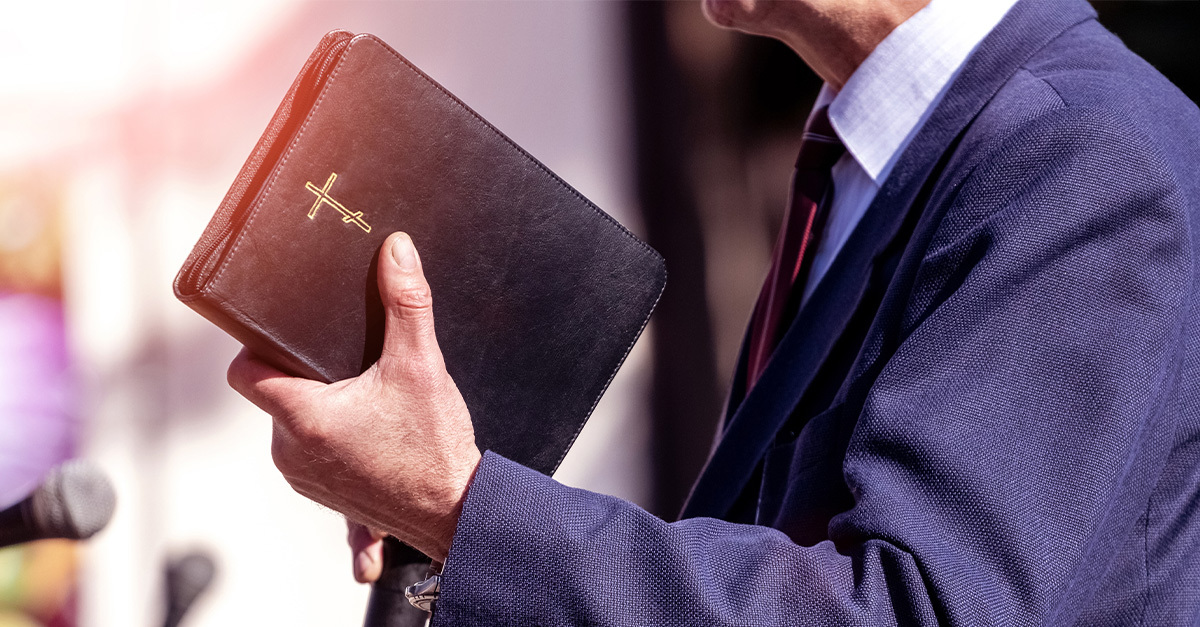 What is a Pastor?

Over the last few weeks, Matt Walsh’s documentary “What is a Woman?” has taken our nation by storm. The fact that something as basic — as natural — as womanhood is under attack is a sad commentary on the state of the day and age we live in.

The biblical truth, and creation-order reality, of men and women as equally created in God’s image yet permanently distinct and different (Gen. 1:27) is now one of the most hotly debated truths of our time. Christians, therefore, must be ready to be attacked as bigots for answering the question “What is a woman?” with the age-old (and scientifically backed) answer: “A woman is an adult female member of the human race, as determined by her XX chromosomes and corresponding reproductive capacities.” Yet, here we are, with Supreme Court justices unable (read: unwilling) to define such an apparently vexing and slippery term as “woman.” And we thought that was one of the easier questions a candidate for the highest court in the land could face.

Even as our society writ large is confused about elementary matters of manhood and womanhood, it appears that some of the confusion has crept into the Church — not necessarily over the biological differences between men and women (in orthodox denominations) but over what makes someone a “pastor.” But make no mistake, these questions are intimately connected.

This confusion is less biological and more theological, but the confusion exists just the same. What is a pastor? Is it just anyone with the title “pastor” in their job description? Do youth pastors count? What about worship pastors? And here’s the question of the hour…can women be pastors?

This was a point of debate and confusion at the most recent Southern Baptist Convention’s annual meeting in Anaheim, California. I won’t go into all the details here, but suffice it to say, even within America’s largest Protestant denomination, the question doesn’t quite seem settled.

God’s Word, however, is a different matter.

While I don’t often do this, let me issue a brief disclaimer at the start. I want to be fair to any churches out there who intend to be biblically faithful by only having men serve as elders, but where women serve in roles that have the word “pastor” in their job title. Maybe your church has a woman serve as the “pastor of children’s ministry” but the job is meant to be one in which the function does not assume any of the duties of the biblical role of elder.  I would like to speak a brief word to anyone who is a part of, or leads, one of these churches. While I applaud your commitment to biblical faithfulness regarding the function of leadership in a local church, let me encourage you to dispense with the confusing titles. You cannot separate the title from the function, as I will argue in more depth later on. The function is, indispensably, to teach and exercise authority. Therefore, anyone with the word “pastor” in their title at a local church should be a man.

Back to the million-dollar question. When one reads the Bible — closely and carefully — the question “What is a pastor?” appears to be beyond dispute. How does the Bible answer this question? And why do we ask the Bible to answer this for us?

Let me answer the latter first. It’s for one main reason — that we ask the Bible this question and not mankind’s opinion—and this is critical to bear in mind: Only the Bible gets to answer that question. The office and role of a pastor exists within the Church, and the Church is established by Christ, the second member of the Trinity — God incarnate, our savior. Since the Church is founded by God, it follows that God has the right to tell us how to “do church.” By deduction, this also means He tells us who gets to lead in the Church. Regarding the qualifications of a pastor, Christians need not worry about what the world says but what the Word says. That is the safe path. The true path. Following God’s Word over man’s is the narrow way that leads to life.

That’s why it’s the Bible, and only the Bible, that is the proper place of study when we seek to answer this question faithfully. So, how does the Bible answer it? In order to answer the question “What is a pastor?” we must ask what we mean when we use the word “pastor.”

Dustin Benge, a professor at The Southern Baptist Theological Seminary (SBTS), had an excellent Twitter thread engaging this exact point. He explains that “The primary position of leadership and care within the body of Christ is the position of ‘pastor.’”

One central theme of each of these expressions of church leadership is the aspect of “teaching.” Those who exercise authority over God’s people are responsible for teaching God’s Word. Teaching is, by nature, authoritative. Thus hanging, like a bright banner over this entire conversation, is 1 Timothy 2:21: “I do not permit a woman to teach or to assume authority over a man.”

The point here isn’t that women are inferior in any way — not at all. The point is that God has instituted a creation order to leadership, in the home, the family, and the Church. That mantle and responsibility of leadership rest entirely on men — as they rely on God. And in the Church, those men must be elder-qualified, according to the stipulations laid out in 1 Timothy 3:1-7 and Titus 1:6-9. It is, indeed, a “noble” task — and not one that every man has been called to.

In short, a “pastor” in our modern-day age should be understood as an “elder” in a local church. A pastor is an elder, an elder is a pastor. These terms are ultimately interchangeable and inseparable — in both title and function.

This is an important point. You cannot separate the “title” from the “function” — not by biblical standards, anyway.

This teaching is under fierce attack in our egalitarian day and age. Secular and quasi-religious scholars seek to pain the practice as “outdated” or “backward.” Other churches, and popular pastors, try to smuggle in egalitarianism through the back door of having women preach, but claim they are doing so “under the authority” of the elders. All such efforts are shameful. And all their arguments are ultimately contextual and chronological — they aren’t biblical. As Baptists, and Protestants, we are “people of the Book” — and that book is the Bible. We don’t care what the culture says, we care what Christ has decreed.

Why does this matter? Well, of course, it matters as a question of obedience. If God commands it, we should obey. Such obedience is the path to faithfulness and fruitfulness. Baptists, historically, have been a people who claim things like, “If God says it, I believe it, and that settles it.” Amen! Such claims must apply to the leadership of local churches as well.

It also matters because this is the point of the fiercest attack from the culture. Egalitarianism is the proverbial “camel’s nose under the tent” that ultimately leads to churches — almost without exception — compromising on biblical sexual ethics about LGBT issues. Once a church ordains women pastors, it is a short, and very slippery, slope to affirming LGBT practices. Faithful Christians must stand athwart such efforts shouting, “Stop!” When asked why, just open your Bible up to 1 Timothy 2:12 and go from there.

What is a pastor? In a day and age that struggles to define what is a woman, I hope the Church — Baptist and otherwise — can get this one right. A pastor is a man, and only a man, set apart by a church to serve its congregation in the teaching of God’s Word and the exercise of authority (two indistinguishable operations) as outlined in 1 Timothy 3 and Titus 1.

May God grant all faithful churches the courage and clarity to answer this question with ease and confidence. Such a church is one to join in these trying times. But if you are sitting in a church service and a woman stands up to preach or calls herself a “pastor” — that’s not a church to join, that’s a church from which you stand up and leave on the spot. Because at the end of the day, what matters far more than the idea that the world is watching is the truth that God is watching. He is watching His Church. Will they be found faithful on this point — on this question — of who is a pastor? Only time will tell. 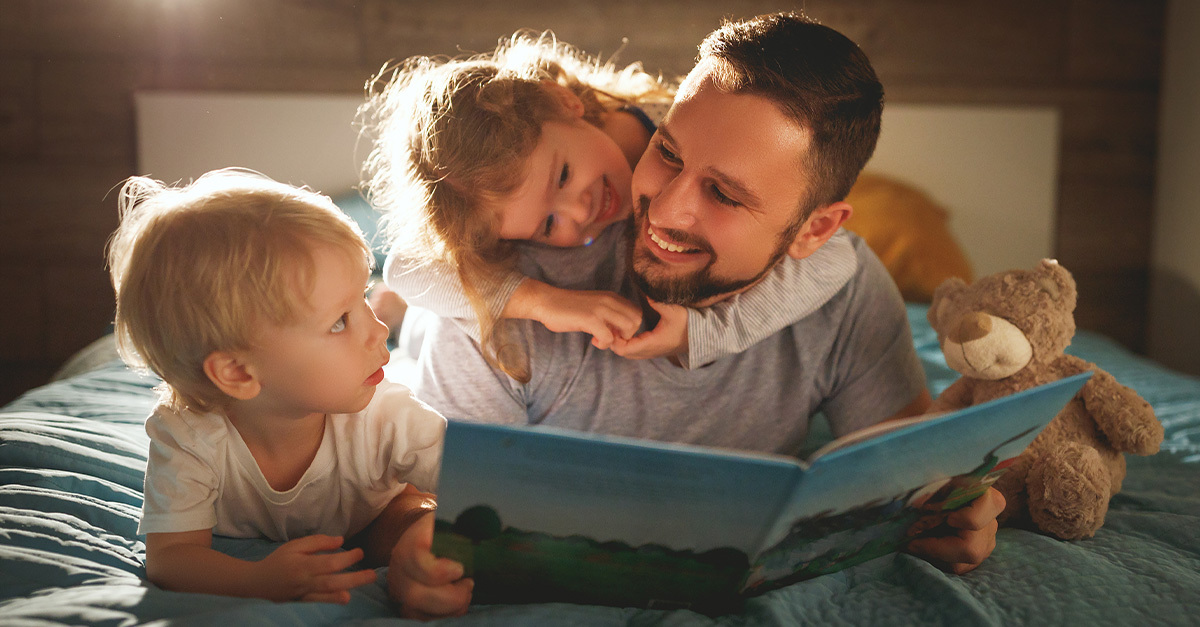 In a World Mad at Men, Good Fathers Matter More Than Ever