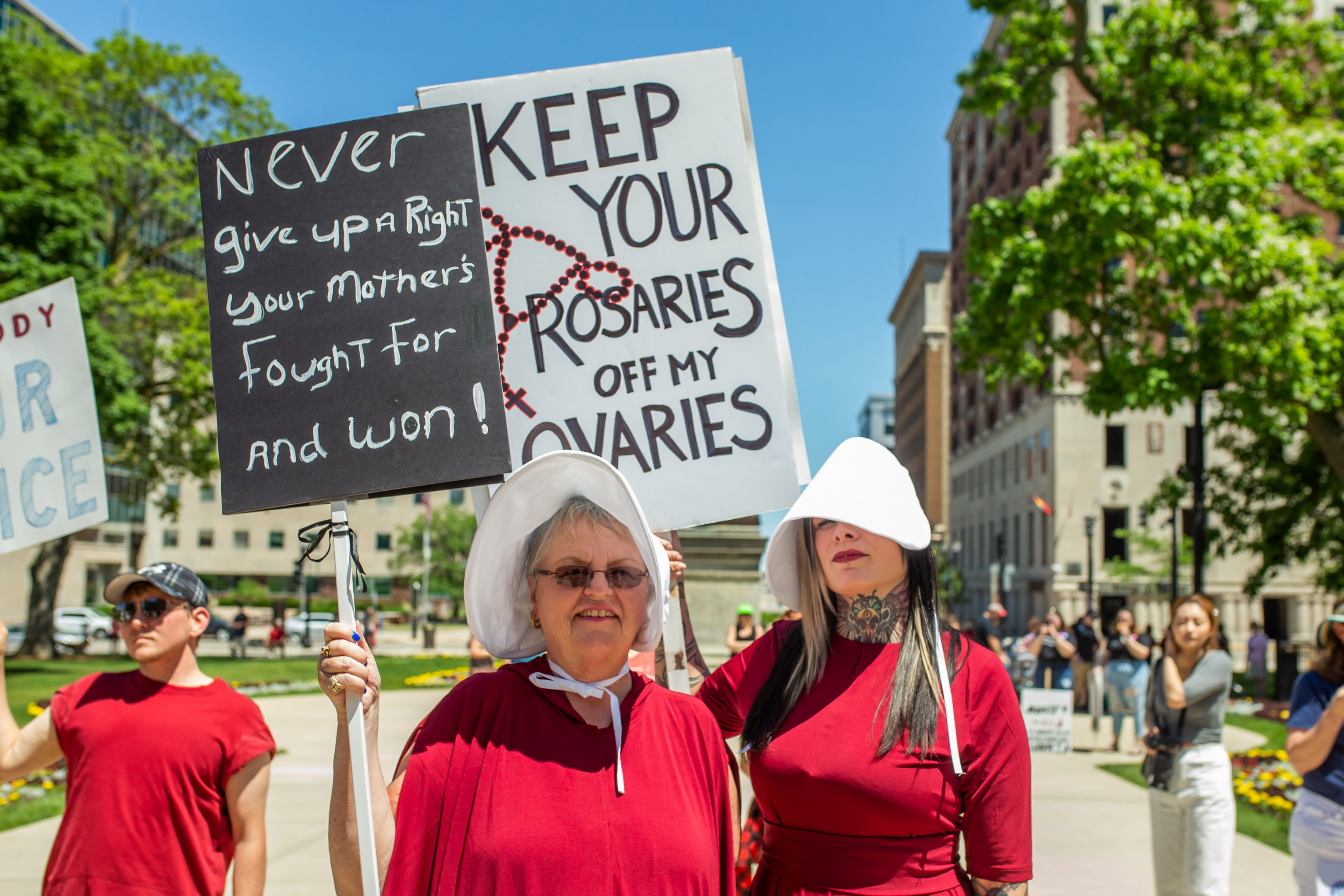 In the aftermath of this week’s leak of the Supreme Court opinion to overrule Roe v. Wade and return the abortion issue to the states, several groups of pro-abortion activists are calling for protests outside and even inside of Catholic churches during mass services on Mother’s Day.

The reason pro-abortion activists say they are targeting Catholic churches is because four of the five Supreme Court justices, including Samuel Alito, who wrote the draft majority opinion that was leaked, are Catholic. Chief Justice John Roberts, whose take on the Dobbs opinion is as yet unknown, and Justice Sonia Sotomayor, who is expected to dissent, are also Catholic, but Neil Gorsuch, who is expected to side with the majority, is actually an Episcopalian. Justices Kagan and Breyer are Jewish, while recently confirmed but not yet installed Justice Ketanji Brown Jackson is a non-denominational Protestant.

Yesterday, a group known as Ruth Sent Us, named for the late Justice Ruth Bader Ginsburg, who also believed that Roe was erroneously decided, tweeted: “Whether you’re a ‘Catholic for Choice’, ex-Catholic, of other or no faith, recognize that six extremist Catholics set out to overturn Roe. Stand in or at a local Catholic Church Sun May 8. #WarOnWomen #MothersDayStrike”

Another group called Rise Up 4 Abortion Rights is calling for a Week of Action, including protests outside all churches on Mother’s Day. They ask that people consider wearing the outfits made famous by Margaret Atwood’s fictional dystopian novel The Handmaid’s Tale, wherein women are effectively owned, raped, and forced to bear children by a fundamentalist theocratic government.

On its Website, the group claims that Spanish speaking groups want to target the churches, writing, “Several cities will be hosting protests outside of prominent churches in their towns, these can look like a group of people holding signs wearing Handmaids Tale outfits, passing out flyers outside to church goers or doing a die-in. MORE INFO COMING SOON.”

When asked about the left-wing protests planned for both the churches, as well as at the homes of six Supreme Court justices, Jen Psaki, President Biden’s press secretary, refused to condemn any aspect of them. “I don’t have an official U.S. government position on where people protest,” she stated, adding, “The reason people are protesting is because women across the country are worried about their fundamental rights that have been law for 50 years, their rights to make choices about their own bodies and their own healthcare are at risk. That’s why people are protesting! They’re unhappy! They’re scared!”

Roger Severino, former director of the Office of Civil Rights at the United States Department of Health and Human Services, told the Daily Wire that disrupting worship services would violate the Freedom to Access Clinic Entrances (FACE) Act, which, in addition to protecting women going to abortion clinics to obtain an abortion, also “bans the use of force, physical obstruction, injury, or intimidation to injure, intimidate or interfere with any person lawfully exercising or seeking to exercise the First Amendment right of religious freedom at a place of religious worship.”

Catholic churches have already been targeted with violence and destruction. On Wednesday, for example, the Sacred Heart of Mary Catholic Parish in Boulder, Colorado, was defaced with graffiti that included “My Body, My Choice” and other pro-abortion slogans, as well as anti-Catholic statements and anarchist symbols, while several statues were spray-painted.

In fact, since May 2020, at least 129 Catholic churches in 35 states have been vandalized, defaced, or set on fire, in addition to attacks on Catholic and Christian symbols, including statues, crosses, Nativity scenes, and stained glass windows and murals, according to the United States Conference on Catholic Bishops (USCCB). Among the churches targeted were the world-famous St. Patrick’s Cathedral in New York City, which was spray-painted with anarchist symbols; Queen of Peace Church in Ocala, Florida, which was set ablaze while parishioners were inside; the arson attack on the 250-year-old Mission San Gabriel Arcángel in Los Angeles County, California; and the Basilica of St. Lawrence in Asheville, North Carolina, where a statue of Jesus was doused in red paint.

Brian Burch, president of CatholicVote, a national Catholic advocacy group, called on President Biden to condemn the protests targeting Catholic churches. In a statement, he wrote:

“President Biden must immediately and forcibly condemn these domestic terrorist threats. Anti-Catholic zealots are plotting to intimidate and harass Catholics across the country, along with justices and their families. This country was built on freedom of speech and freedom of religion. The President of the United States must stand up for both. These threats follow a record number of attacks on Catholic churches, shrines, and symbols over the past two years…. We call on responsible leaders in Washington to unequivocally condemn these dangerous threats before they lead to violence, or worse.”

This idea that by overturning Roe v. Wade the Supreme Court is somehow imposing a theocracy where women are enslaved and used as “birthing people” (a term the left used until this week to remain in good stead with the transgender movement) is, quite frankly, ridiculous. The reversal of the decision is based in law, not theology, and only returns power to the people through their state legislators. Unlike the plotline in the feminist fantasy novel The Handmaid’s Tale, women are not going to be enslaved, raped, and forced to give birth — even in a state that votes to ban abortion. There’s a simple solution to this: Don’t have sex unless you are okay with the possibility that you might get pregnant.

Leaking the Dobbs decision was clearly an effort to intimidate the Supreme Court and undermine its legitimacy. The decision hasn’t even been finalized yet, so the fact that left-wing activists have doxed the home addresses of six of the nine justices, some of whom have young children, and are calling for protests outside of those homes is very clearly an attempt to influence a Supreme Court decision.

Because they can’t impose their desire on the entire nation, the left also thinks it’s fine to scapegoat regular everyday Catholics as another way of putting pressure on Catholic justices. Imagine if white supremacists had called for protests against Jews attending synagogue services just because they didn’t like a decision led by Justices Kagan and Breyer. Everyone would be horrified, and rightfully so.

America has long been a place where people were allowed to worship freely and where the sanctity of worship services was clearly respected. That’s apparently no longer the case in Biden’s America, where religious intolerance and religious bigotry by abortion zealots will now be permitted in the name of their “fundamental rights.” Whether real violence against Catholics, Supreme Court justices, and others holding unapproved opinions on abortion will also be tolerated remains to be seen. 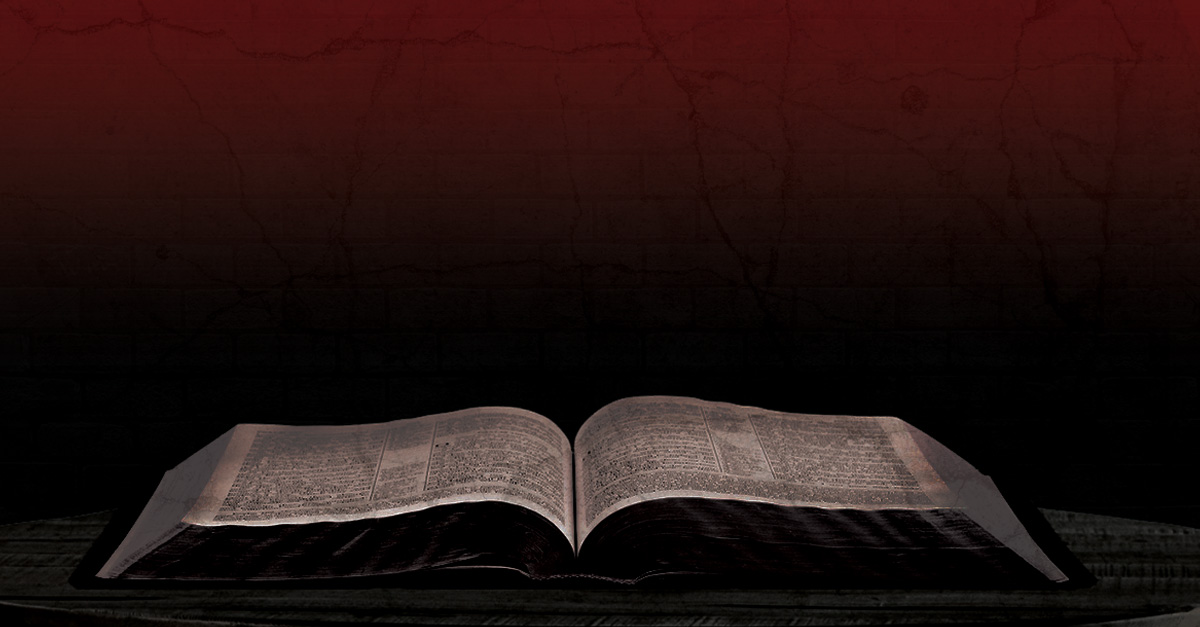