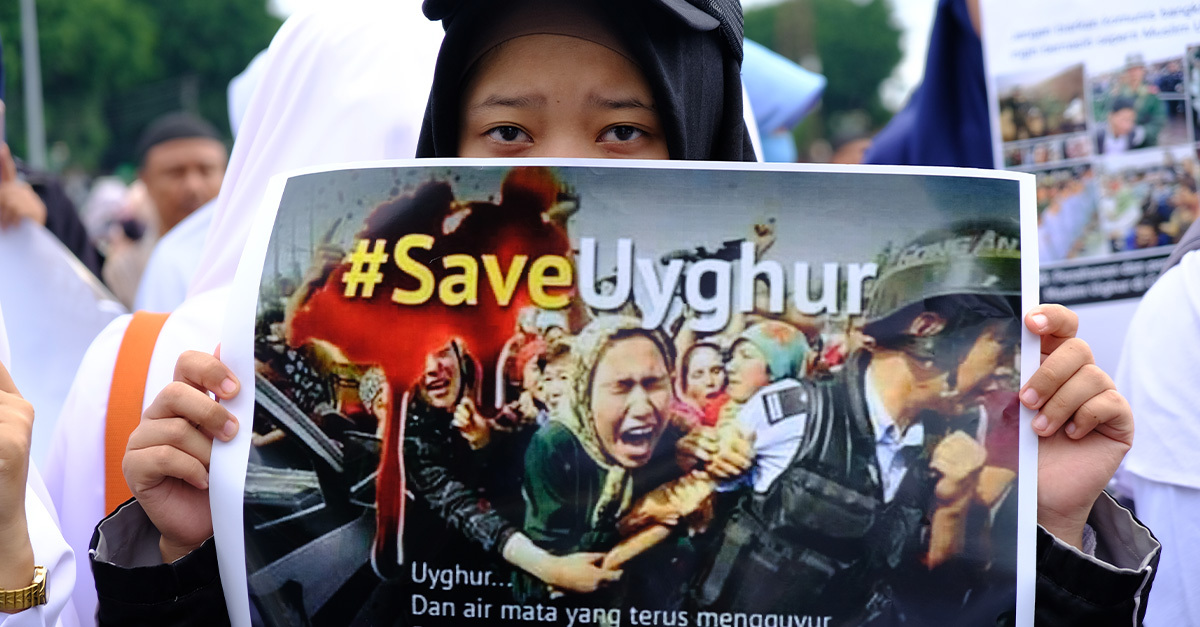 Leaked Xinjiang Files Expose the Reality of Uyghur Concentration Camps: Why It Matters, and How Christians Should Respond

Since 2017, Xinjiang police have been detaining 1-2 million Uyghur Muslims in Chinese “re-education camps.” These Uyghur Muslims make up a Muslim Turkic minority group in Xinjiang and are being targeted by the Chinese Communist Party (CCP) to force them to conform to the Chinese culture. Without surveillance, public exposure, and minimal widespread attention from Western media, there has been a general lack of knowledge among the populace regarding what actually goes on at these camps.

In 2019, however, Amnesty International began investigating human rights abuses occurring in the northwestern region of China, including forced indoctrination to erase Uyghur culture, physical and psychological torture, imprisonment, and persecution. Detainees are physically punished if they speak in a language other than Mandarin Chinese, a language that many from the rural areas of Xinjiang do not speak or understand. According to Amnesty International’s reporting, they are given little food, water, exercise, healthcare, sanitary and hygienic conditions, fresh air, and exposure to natural light. They are interrogated and tortured via beatings, electric shocks, sleep deprivation, being hung from a wall, solitary confinement, and being subjected to extremely cold temperatures.

Now, thanks to an anonymous third party, we have even more intel on and evidence for the horrific genocide occurring overseas.

Files from Xinjiang police have been obtained by confidential internal police networks and verified by a research team from the Victims of Communism Memorial Foundation, as well as scholarly research and investigative research teams from several global media outlets. These files include tens of thousands of speeches, images, documents, and spreadsheets giving us an inside view of China’s efforts to intern close to two million Uyghurs in Xinjiang.

Included in the files is an encrypted archive of images of over 2,800 individuals taken to police stations, then to either re-education or prison camps in the first half of 2018. Along with the images are over 450 spreadsheets that identify the individuals depicted.

Xinjiangpolicefiles.org, the website on which these findings are archived, reported, “[The files] reveal that in 2018, at least 2.1 percent of all ethnic adults in the county were in detention—including 2,884 of the photographed persons. Among them are 15 minors. The youngest detained person depicted in these images is a 15-year-old girl, and the oldest a 73-year-old woman.”

One 60-year-old woman was brought to the camps because she appeared on a list of “relatives detained” after her son was jailed on terrorism charges for having “strong religious leanings” because of his choice not to drink or smoke.

Images of the police operations reveal that detainees are hooded and handcuffed when taken to the camps, forced to watch propaganda, threatened with large clubs, interrogated while being placed in a “Tiger Chair,” and subjected to medical injections.

Satellite images confirm that construction of the camp began in 2017, and they detail walls surrounding the camp, watchtowers, and heavily armed “Special Police Units” for security and guarding.

Documents include police records, operating instructions, spreadsheets of detainees, police training PowerPoints, memos detailing how to make arrests, and more. One of the spreadsheets included names of 330 individuals who were sentenced to the camps for illegal religious practices like studying the Quran or talking to their children about Islam. It was titled, “Persons subjected to strike hard because of religion.”

Despite China’s claims that the internment camps are nothing more than “boarding schools,” transcripts reveal otherwise.

In a 2017 speech by Xinjiang’s leading official, police are told to “shoot dead” anyone who attempts to escape. Police are also told to handcuff, blindfold, and use ankle shackles to detain Uyghur Muslims. A speech by Chen Quanguo, Xinjiang’s former Communist Party secretary, discouraged letting Uyghurs out of the camps because “five years [of] re-education may not be enough.”

These atrocities are so gruesome, so horrific, and so wicked that it should bring great pause to Americans. Our celebrities, politicians, businesses, universities, and think tanks seemingly ignore this genocide all while remaining under the influence of the CCP. They, along with the United Nations, which claims to care about human rights abuses, are silent on the Xinjiang internment camps. Our own media gives more coverage time to covering up its own lies than it does to reporting on one of the most significant human rights abuses in the most recent decades.

It is a national security risk for any of our institutions to be under the financial influence of a foreign enemy that is seeking to violently erase the culture of an entire population. Perhaps Americans should know which of their elected leaders are receiving funding from the CCP. Perhaps it is an interference of our elections to hide this information from the general public.

We should ask ourselves why this information isn’t widely known and why no one has done anything of substance to stop it. We should ask ourselves why the current administration is spoon-feeding and pandering to the CCP, compromising our independence and security, rather than labeling them an enemy and cutting them off from any imports, exports, influence, financial ties, or foreign policy deals.

We should consider how America has responded to human rights abuses in the past, and then ask ourselves — what has changed in our leaders’ worldview and moral code?

How Christians Should Respond

The Christian knows that prayer is the best response to tragedies, atrocities, and destruction in this fallen world. It is gut-wrenching to think of all the horrors that occur, the torture and temptations that ensue, and the total depravity of man that God has so patiently allowed since the beginning of time. In God’s sovereignty, He uses all things for His glory, and prayer is a sure weapon that God uses to destroy evil and bring glory to Himself.

In regard to any atrocity, the Christian’s response should first be rejoicing in that the Lord’s will be done and that His glory will be made known. And then they should pray for everyone involved.

For the Uyghur Muslims, pray that they endure the persecution under which they are suffering, that they may know Christ, that the Lord will reveal Himself to them and open their eyes to the lies they believe and the truth that is found in Jesus Christ. Pray that God has mercy on them.

For the Chinese police guarding the internment camps and instigating the torture, pray that they, too, will have their eyes opened to their rebellion against God.

For the Chinese Communist Party, pray they will end the genocide against the Uyghur people, end their captivity, persecution, and abuse, and honor them as fellow image-bearers.

For the United States government and its leaders, pray that they show boldness and firmness in taking actions against the Chinese Communist Party to bring an end to the genocide.

And finally, for the Christian witnesses and relief workers in China who bring aid to the Uyghur people, pray that they will boldly proclaim the message of hope in Jesus Christ. 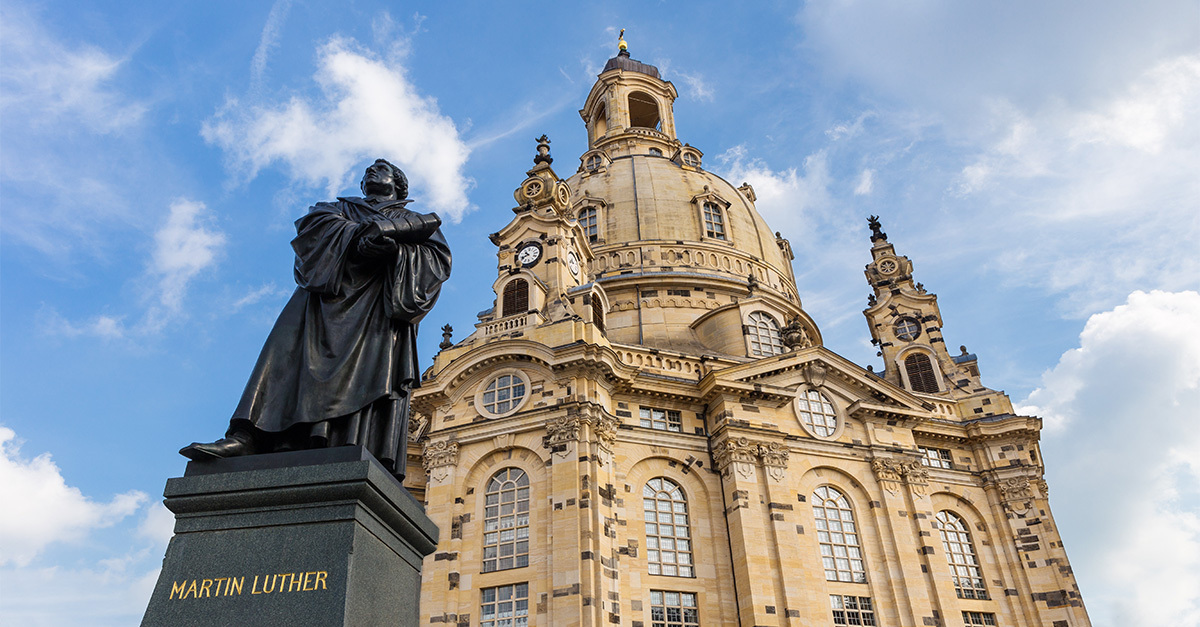