What happened during Supreme Court arguments in the case of the football coach fired for praying?

The Supreme Court heard oral arguments yesterday in the case of Kennedy v. Bremerton School District. The case involves a former high school football coach Joseph Kennedy who was fired for refusing to stop praying on the 50-yard line after games. This is the first case to specifically address the right of a school employee to engage in individual prayer on public grounds.

Why was Kennedy fired?

The school district asked Kennedy to stop praying on the field and instead pray in private, which Kennedy refused. The school claimed that his prayers on the 50-yard line endorsed his religion even though he did not ask students to pray with him.

What is the significance of this case?

This is potentially the first time that the Supreme Court has looked at the individual rights of public school employees in regard to religion. This case brought forth two critical questions:

1. If a public-school employee says a brief, quiet prayer by himself while at school but clearly visible to students, does that mean he or she is engaged in government speech?

2. Even if it this type of religious expression is private and therefore protected under both the Free Speech and Free Exercise clauses of the First Amendment, does it still rank as a clear endorsement of a specific religion, thus requiring public schools to prohibit it under the Establishment Clause?

What did Kennedy’s lawyer argue?

Attorney Paul Clement, who represented Kennedy and works in partnership with First Liberty Institute, started with this statement: “When Coach Kennedy took a knee at midfield after games to say a brief prayer of thanks, his expression was entirely his own. That private religious expression was doubly protected by the Free Exercise and Free Speech Clauses.”

Clement argued that Kennedy’s prayer after a game is over should be classified as private speech. Kennedy did not coerce any students to accept his religion, Clement noted, saying that he did not ask any students to pray with him, and if players decided asked of their own volition if they could join him, Kennedy’s response was always, “It’s a free country.” Clement said that the defense’s entire argument for firing Kennedy was based on the argument that his prayer endorsed a religion, but the school originally admitted there was no evidence that any student was coerced. The three incidents the school documented as evidence for firing him were all instances in which no student joined Kennedy, meaning that he was fired purely for his act of praying alone at the 50-yard line.

Clement continued during his opening statement, “When the school district fired him for that fleeting religious exercise out of endorsement concerns, it not only violated the First Amendment, but it ignored a veritable wall of this Court’s precedents that make clear that a school does not endorse private religious speech, just because it fails to censor it.”

What did the liberal justices ask Clement?

Justice Sotomayor raised hypotheticals about a teacher reading the Bible in the classroom before or after the bell rang. She argued that Kennedy was still on duty after the game and had other responsibilities to perform so why shouldn’t the school be able to fire him for doing something personal. Clement said that any rule would need to be a neutral rule.

Sotomayor challenged Clement on his view of coercion, arguing that by simply seeing the coach pray students could feel pressure to pray as well.

Justice Kagan also pushed back on Clement’s view of coercion. Kagan indicated that even if a public employee declared that it was their personal view and not the school’s they could still be guilty of coercion because students know the employee can have an effect on their grades, playing time, and future. Clement pushed back on that suggestion, arguing that a teacher who comes to school with ashes on their head after attending morning mass on Ash Wednesday is not coercing students to do the same, to which she agreed. Clement later explained that the feeling of influence is not exclusive to religion. He said a student might feel compelled to wear the jersey of the coach’s favorite sports team or to join the math team because a teacher suggests it as ways to gain favor with a coach or teacher.

What did the school district’s lawyer argue?

Richard Katskee, attorney for the Bremerton School District, tried to relitigate the facts of the case, arguing that Kennedy insisted on audible prayers at the 50-yard line with players and he said that these prayers are how he helps the students be better people. He claimed that Kennedy pressured students to join, caused division, and that his actions led to people rushing the field. The defense argued largely that the School District had every right to fire the coach rested based on the rulings of three previous Supreme Court cases: Pickering v. Board of Education, Santa Fe Independent School District v. Doe, and Lemon v. Kurtzman.

Pickering v. Board of Education

Throughout the arguments, discussions focused on the Pickering test, a legal analysis courts use to determine whether an employer has actually violated an employee’s right to free expression. The test gets its name from the Pickering case, which centered on a teacher who criticized the school board’s use of funds on sports programs instead of academics in the school newspaper. The Supreme Court ruled that just because someone is a public employee doesn’t mean they automatically lose their rights to free expression. Justice Thurgood Marshall wrote, “The problem in any case is to arrive at a balance between the interests of the teacher, as a citizen, in commenting upon matters of public concern and the interest of the State, as an employer, in promoting the efficiency of the public services it performs through its employers.” The Court decided that, in that instance, the teacher’s comments were in the public interest and thus concluded that his rights had been violated. This gave rise to the Pickering test, which asks if an employee’s expression is of a public concern or a personal grievance. The court then balances the employee’s right to free speech against the employer’s right to control the workplace.

In the Kennedy case, the defense argued that the school balanced the coach’s First Amendment rights against the interest of the students and parents opposed to coercion, as well as the interest of public safety. Clement, however, refuted this by reminding the Court that in the letter it sent disciplining Kennedy, the school mentioned endorsement eight times but mentioned coercion and public safety zero times.

An indication of how the Court could view the Pickering argument, and potentially the whole case, came during an exchange between Justices Kavanaugh and Barrett and Katskee. Justice Kavanaugh said that the school’s argument was relying on the coach’s prayer being visible to the players but not audible, since the players weren’t all with him at that moment. He asked Katskee if a coach could also be fired for doing the sign of the cross. The defense claimed if he was not making himself the center of attention it would be fine. Kavanaugh replied, “I don’t know how we could write an opinion that would draw a line based on not making yourself the center of attention as the head coach of a game.”

Justice Barrett asked why Pickering would apply to Kavanaugh’s example. “Let’s imagine it’s just a free exercise claim. Have we ever applied Pickering balancing?… The coach visibly crosses himself, visible to everyone, but that no one would mistake that for government speech. It’s quite clearly just the private devotional practice of the coach. Why would Pickering apply? Have we ever applied Pickering just to straight up free exercise claim?” The defense admitted it hadn’t.

In the Santa Fe case, a school district allowed students to vote on whether they would have a prayer before sporting events. If yes, students would vote for which student would give the invocation. The Court ruled that the prayer, which took place over the school loudspeaker, was coercion because students, including some of whom were required to be there, had to choose between whether to attend or hear a potentially offensive speech. Justice Kavanaugh questioned why the school would use the Santa Fe reasoning to bolster its case against Coach Kennedy since he didn’t say his prayer over the loudspeaker and no one was forced to hear it. The defense claimed that the difference was that this was the coach and not a student and that “has to make all the difference in the world” because the coach’s status as an authority figure makes it more coercive.

This 1971 case determined that Rhode Island and Pennsylvania had given financial aid to “church-related” schools in violation of the Establishment Clause, but it also gave rise to the so-called Lemon Test, a three-part questionnaire intended to determine when a government action has risen to the level of “establishing” a religion or has enabled unconstitutional entanglement between the state and religion. In the Kennedy case, school district attorney Katskee relied heavily on the Lemon test to prove that Coach Kennedy was forcing students to adopt his religious beliefs by praying at midfield and, as such, had not been improperly fired. However, both Justices Gorsuch and Kavanaugh explained that the Supreme Court has not used the Lemon test in decades because it is viewed as unreliable.

What questions did the conservative wing of the Court ask?

Justice Thomas wanted to know if the school district would have disciplined Coach Kennedy or any other coach who took a knee during the National Anthem in solidarity with Black Lives Matter. Katskee said the issue had never come up.

Justice Alito questioned the defense’s arguments, saying this was an employment discrimination case. He said in such a case, the Court looks at the reason the employer gives for firing the employee and if it is unlawful, the employee wins. He said that the Court doesn’t look at the other things the employee did.

What are the potential consequences of this case?

The defense’s case ultimately rests on whether or not an employee can be fired for any form of visible religious expression. This could extend to something such as wearing a yamaka or silently bowing their head and thanking God for lunch. Both examples are visible religious expression on school grounds and a student could see it and ostensibly feel pressure to express those same views. Unless employees are to be banned from any form of religious expression, there must be some level of accommodation. A student simply seeing that their teacher has a personal belief is not sufficient cause to say that a student is being coerced. Any personal interest or belief expressed by a teacher could cause a student to try to gain their favor or be influenced by them. There has to be a line somewhere, and in this case, it appears Kennedy is on the correct side of that line. 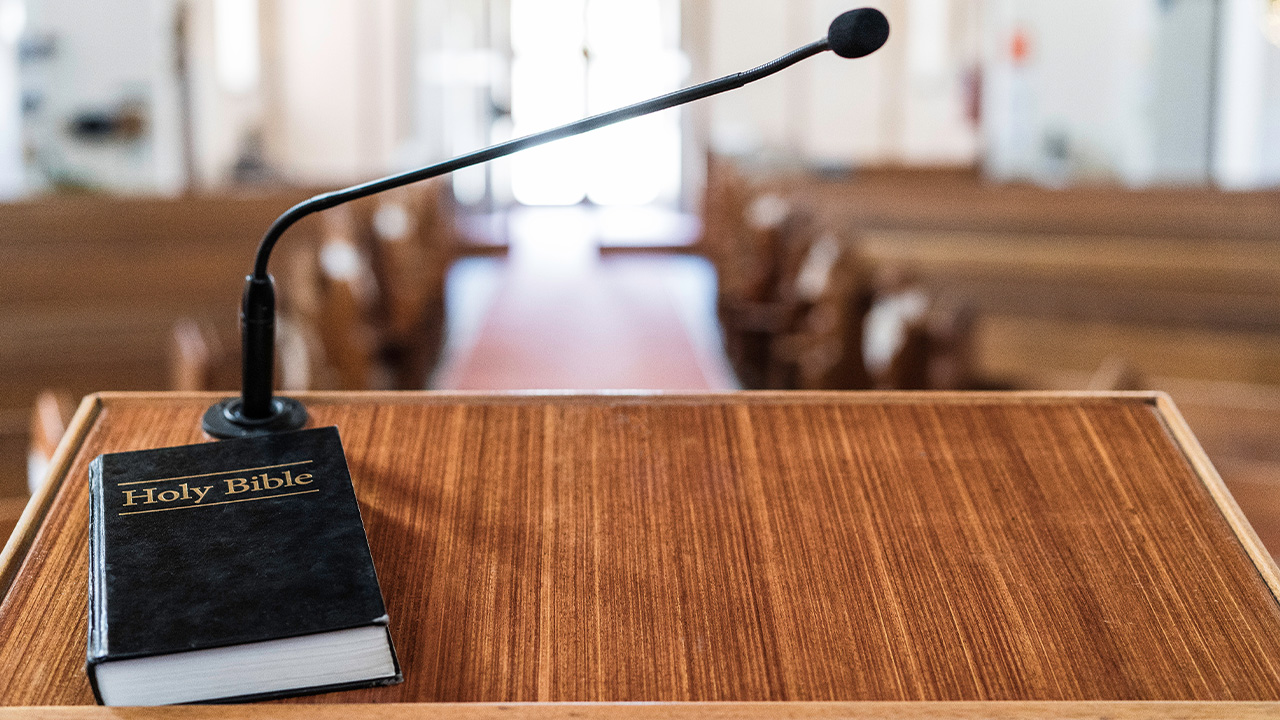 What is the Role of a Biblical Woman — Egalitarian or Complementarian?