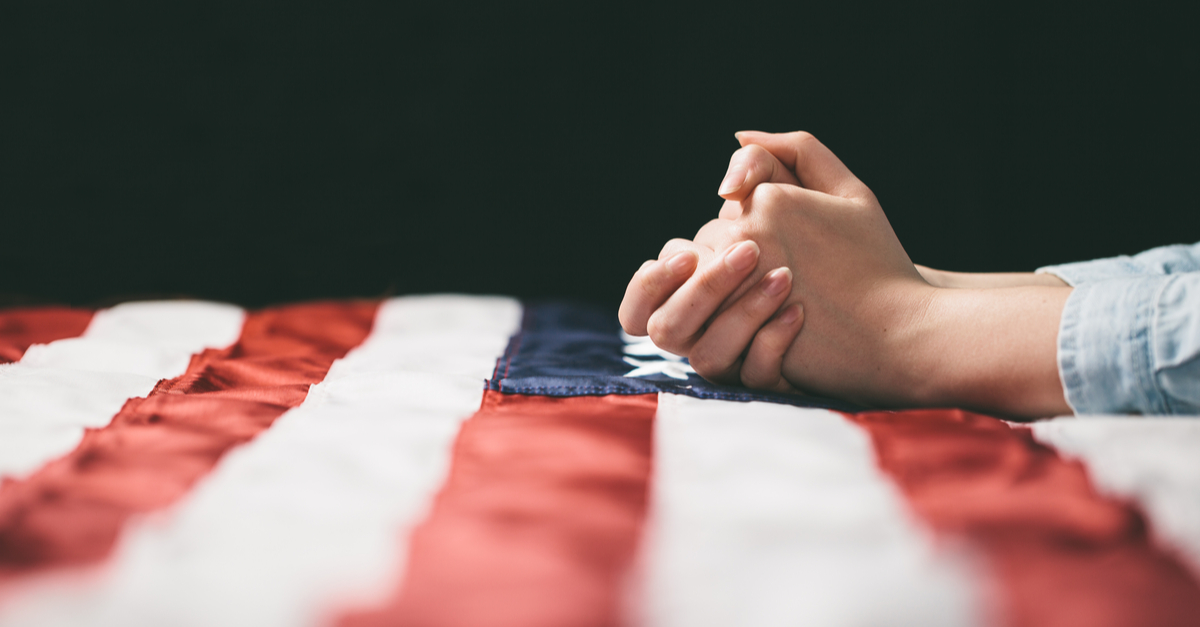 A recent survey shows that Americans no longer place much importance on religious liberty. The survey, conducted by the Freedom Forum, showed that only 14 percent of Americans consider religious freedom to be the most important freedom. In addition, 37 percent said that religious business owners should be required to comply with requests that violate their religious beliefs. Only 68 percent said the First Amendment should not be changed and just 63 percent said they would ratify it today.

The survey tracks with other polls that reflect Americans’ views on this pivotal liberty.

The Becket Fund found that Americans have inconsistent views on religious liberty. Over 61 percent said that it is absolutely essential that people be allowed to choose their religion, while 24 percent say it is somewhat important. Yet only 26 percent said it was absolutely essential that people be able to practice their religion even if it inconveniences others, with 36 percent saying it was somewhat important. Still, 56 percent did agree that taking away religious freedom is a first step to taking away other freedoms, compared to just 16.4 percent who disagreed, and 60 percent said religion is “a fundamental part of who I am” for some people and should be protected accordingly.

When it came to a pandemic or public emergency, however, nearly 45 percent said it was okay for the government to stop religious groups from gathering compared to 26 percent who said it was not okay.

According to one survey, which arguably phrased questions in a way that led people to respond against religious liberty, 61 percent oppose a business owner’s ability to refuse to perform a service on religious grounds.

These stats show that Americans have largely lost the devotion to and appreciation of the religious freedom that led to the founding of our nation, although most Americans are familiar with those who ventured to America for the promise of religious freedom.

The importance of religious liberty to our country’s foundation cannot be overstated. It is evident in its placement in the First Amendment, where the very first freedom mentioned is that of the free exercise of religion.

Few were as great a champion of this right than our first president, George Washington, who said, “The liberty enjoyed by the people of these States of worshipping Almighty God, agreeable to their consciences, is not only among the choicest of their blessings, but also of their rights.”

To him, religious freedom wasn’t simply the right to worship behind closed doors; he believed it to be essential to a moral and civil society and a bulwark against oppression. In a letter to a group of Virginia Baptist churches, he wrote,

“If I could have entertained the slightest apprehension that the Constitution framed in the Convention, where I had the honor to preside, might possibly endanger the religious rights of any ecclesiastical Society, certainly I would never have placed my signature to it; and if I could now conceive that the general Government might ever be so administered as to render the liberty of conscience insecure, I beg you will be persuaded that no one would be more zealous than myself to establish effectual barriers against the horrors of spiritual tyranny, and every species of religious persecution.”

He added, “Every man, conducting himself as a good citizen, and being accountable to God alone for his religious opinions, ought to be protected in worshipping the Deity according to the dictates of his own conscience.”

The American doctrine of religious liberty was altogether different from the European doctrine of toleration. Washington lauded this in a letter to Jewish Americans writing,

“The Citizens of the United States of America have a right to applaud themselves for having given to mankind examples of an enlarged and liberal policy: a policy worthy of imitation. All possess alike liberty of conscience and immunities of citizenship It is now no more that toleration is spoken of, as if it was by the indulgence of one class of people, that another enjoyed the exercise of their inherent natural rights. For happily the Government of the United States, which gives to bigotry no sanction, to persecution no assistance requires only that they who live under its protection should demean themselves as good citizens, in giving it on all occasions their effectual support.”

Washington alluded to this new peace between religious groups by saying, “May the Children of the Stock of Abraham, who dwell in this land, continue to merit and enjoy the good will of the other Inhabitants; while every one shall sit in safety under his own vine and figtree, and there shall be none to make him afraid.”

The First Great Awakening of the 1740s had helped lead to the America Washington applauded. Religious fervor swept the colonies which, in turn, led to the American understanding of rights given to men by God. Yet by the 1780s religious devotion had waned and rationalism had grown, to the point, in fact, that churches were largely empty and universities were dominated by atheists. Fortunately, in the late 1780s, the Second Great Awakening began, once again sweeping across the country and lasting well into the 1800s.

Throughout the history of our country religious devotion has fluctuated, but now it seems to have reached the basement. This lack of religious fervor, or even tacit appreciation for it, has led to an altering of the view of religious liberty and its importance. America has shifted to a doctrine of toleration rather than freedom, not through the Constitution, but through a change in cultural mooring.

This is a luxury only for those who have experienced freedom for so long. Once religious liberty is gone, the very foundation of a person’s life is dictated to them. In order to reclaim the original intent of religious liberty, we must experience another revival. God has done it before and He can again if we turn and ask Him.

As Robert J. Morgan, teaching pastor at the Donelson Fellowship in Nashville and the author of “100 Bible Verses That Made America,” reminds us,

“One of the marvels of American history is how the country was born between two of the greatest revivals in history. The First Great Awakening prepared the Colonies for Independence and the Second solidified her moral and spiritual foundation for the future. Today our nation’s problems are not primarily political but spiritual. And the answers are not found in our politics but in the hope of another spiritual return to God.”

Let us together lift our hearts and voices to the throne of grace and ask that God grant us mercy, help us turn back to Him, and revive in our nation an appreciation of and a dedication to the virtues of religious freedom. 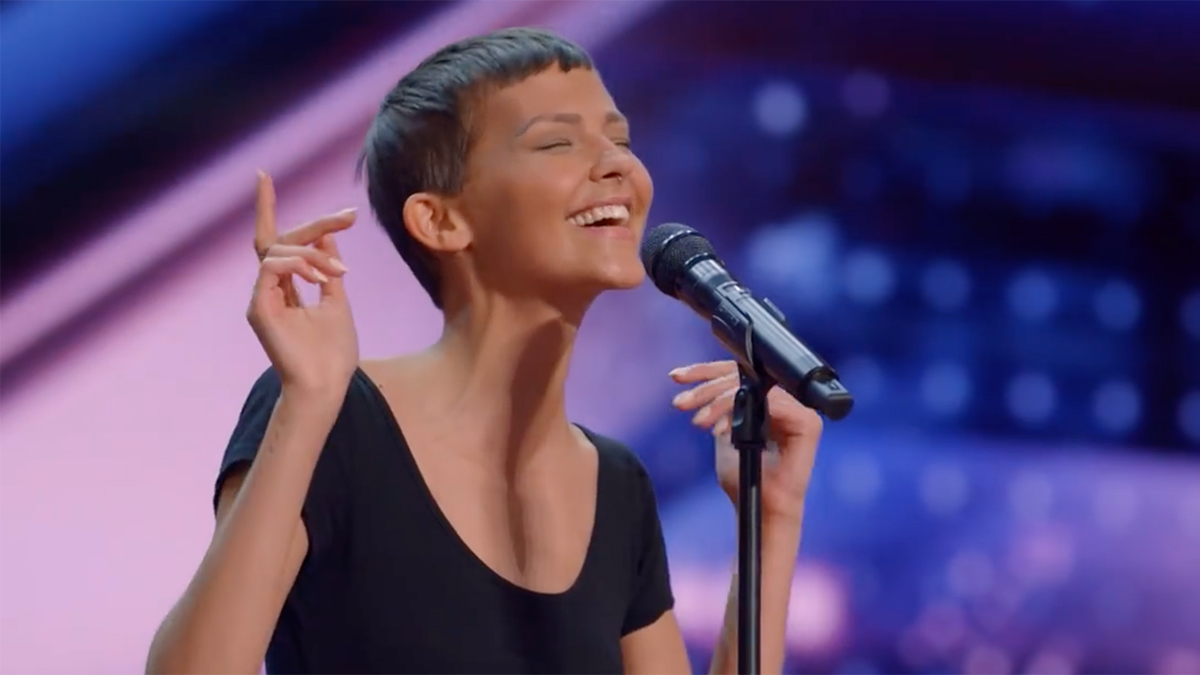 Jane ‘Nightbirde’ Marczewski tells 15-year-old cancer patient in video: ‘God has something special for you’