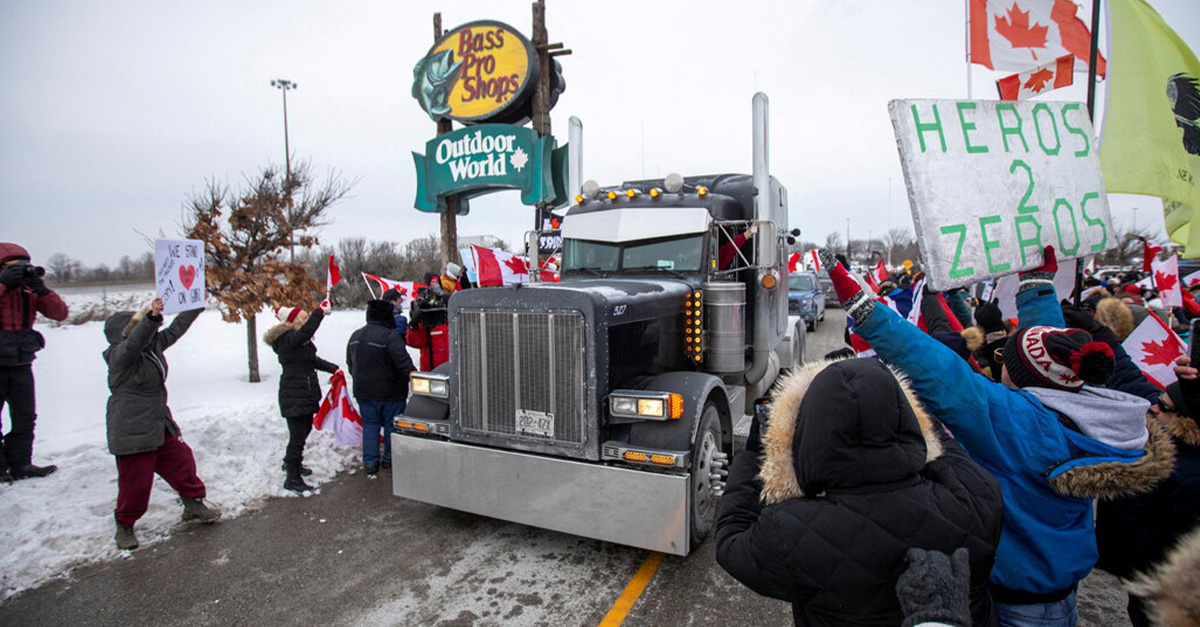 Over the last week, a record-breaking 45-mile-long convoy of Canadian truckers have been driving across the country en route to Ottawa, where they and their supporters plan to protest Canada’s recently imposed vaccine mandate for cross-border drivers.

Reports indicate that the convoy arrived in the Canada’s capitol city on Saturday and began staging a massive “Freedom Rally.” The convoy, which also includes fellow truckers from the U.S., has inspired both emphatic popular support from the Canadian people and critical reactions from Canadian leaders and press.

Canadian truckers became an overnight social media sensation this week when a speedily organized convoy traveling to the capital of Ottawa exploded in size, gaining huge support across social media — and along the freezing highways of the heartland of Canada. Tens of thousands of bundled-up supporters showed up in towns and cities along the truckers’ route to cheer them on, with Maple Leaf banners and flags fluttering high.

“The truckers are leading the fight on this. I’m proud to be part of it, I’m proud to be spearheading this,” Maureen Steele, who worked to organize a contingent of American workers to join the convoy, told the Epoch Times. “I think it’s historical, I don’t think this has ever happened in the history of the world, that two neighboring countries put on a show like this to demonstrate to their leadership that they’ve had it with the tyranny in both of our countries,”

To supporters, it’s been clear that the convoy is about much more than a mandate. Along with widespread frustration at the onerous and unscientific vaccine mandates, many Canadians are upset at what they perceive to be tyrannical overreaches from political leaders and provincial officials throughout the pandemic.

“If you scare people enough, they will demand removal of freedom. This is the path to tyranny,” wealthy tech mogul Elon Musk posted on Twitter on Thursday, after expressing his support for the convoy.

Musk tapped into what many seemed to feel about what the convoy represents to frustrated pandemic-era workers and citizens who oppose vaccine mandates rather than vaccines themselves.

Conservative MP Pierre Poilievre also criticized the “liberal media” for focusing on “extremist” figures who may be showing support for the protest, which he said shouldn’t be used to disparage the “thousands of hard-working, law-abiding, and peaceful truckers, who quite frankly, have kept all of you alive for the last two years by filling your grocery shelves with the food that you eat and filling your homes with the products that you rely upon.”

Yet the misrepresentation of the protest by Canadian and American media outlets as “extremist” or “far-right” has only increased frustrations among supporters, as has condescending comments from Prime Minister Justin Trudeau on Wednesday.

“The small fringe minority of people who are on their way to Ottawa, who are holding unacceptable views that they are expressing, do not represent the views of Canadians,” Trudeau said.

The protest movement has been a viral sensation on social media and had raised over $7 million on GoFundMe by Friday morning, but not without facing trouble with the crowdfunding platform, which briefly refused to release funds to the grassroots group.

Those who take the time to tune in to watch the convoy as it descends on Ottawa and transforms into a protest will, of course, be able to decide for themselves whether this is a fringe movement — or the future of Canadian freedom.

At the onset of the pandemic, even as borders between the U.S. and Canada were closed, truckers were still allowed to transport their goods in between our two nations.

From healthcare workers to first responders to truckers, essential workers showed up to do their jobs while white collar workers binged-watched Netflix and moved their work meetings to Zoom and they were lauded as frontline heroes.

But now, these same “essential” truck drivers who risked their lives in the early stages of the pandemic —many of whom see no compelling health need to receive the vaccine — are being hampered and sidelined with absurd vaccine mandates that risks their ability to keep putting food on the table for their own families.

In response, they are doing what thoughtful but concerned citizens should do: Forming a peaceful demonstration in a supposedly free country. Sadly, they are being slammed as a “fringe minority” with “unacceptable views” by the same leaders whose policies they are criticizing.

The Freedom Convoy’s organizers have been adamant that they are not an anti-vax movement — they are a freedom of choice movement. True to the best stereotypes about their countrymen, the convoy is filled with polite, peaceful, patriotic Canadians who simply want to do their jobs and don’t want to be forced to violate their personal conscience or choice to do so.

For this reason, they’ve ignited the hearts of millions of their American neighbors who also oppose mandates and who have watched in horror from a distance the far-reaching mandates, lockdowns, and attacks on churches and so-called ideological “thought criminals” that have been taking place in the Great White North.

Prime Minister Trudeau betrayed the contempt he has for his country’s working classes when he dismissed and slandered this electrified movement, and the Canadian press do the same with their wildly and offensively biased coverage.

At the Standing for Freedom Center, our hats are off to this spectacular display of peaceful, patriotic, nonpartisan resistance to tyranny. Let the truck horns honk and let freedom roll! 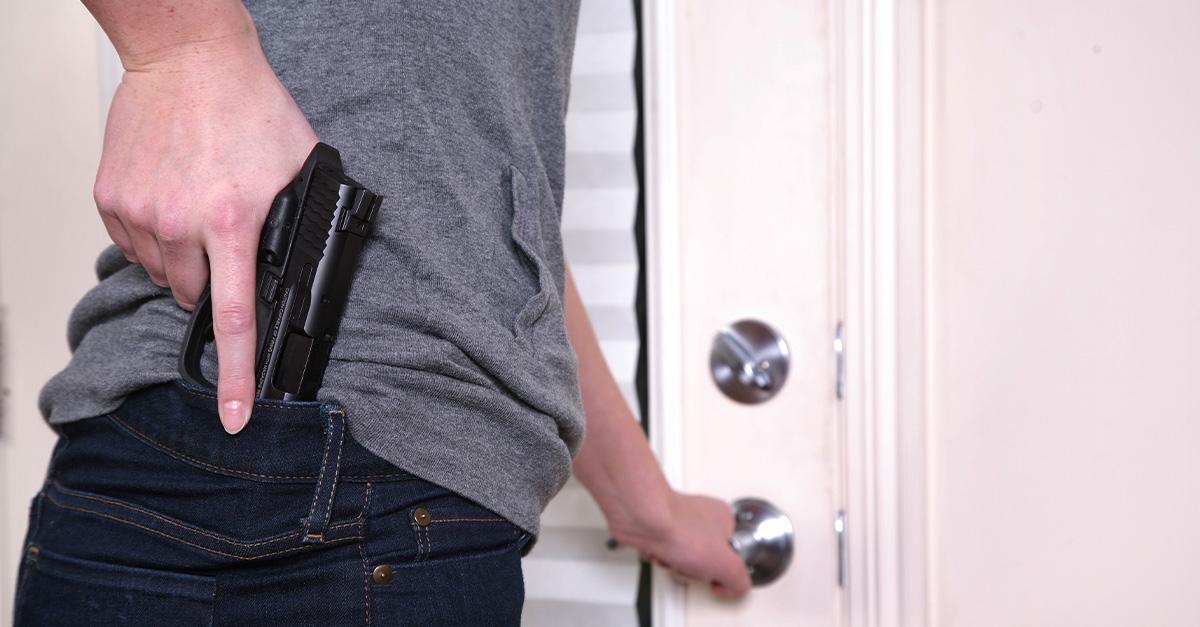