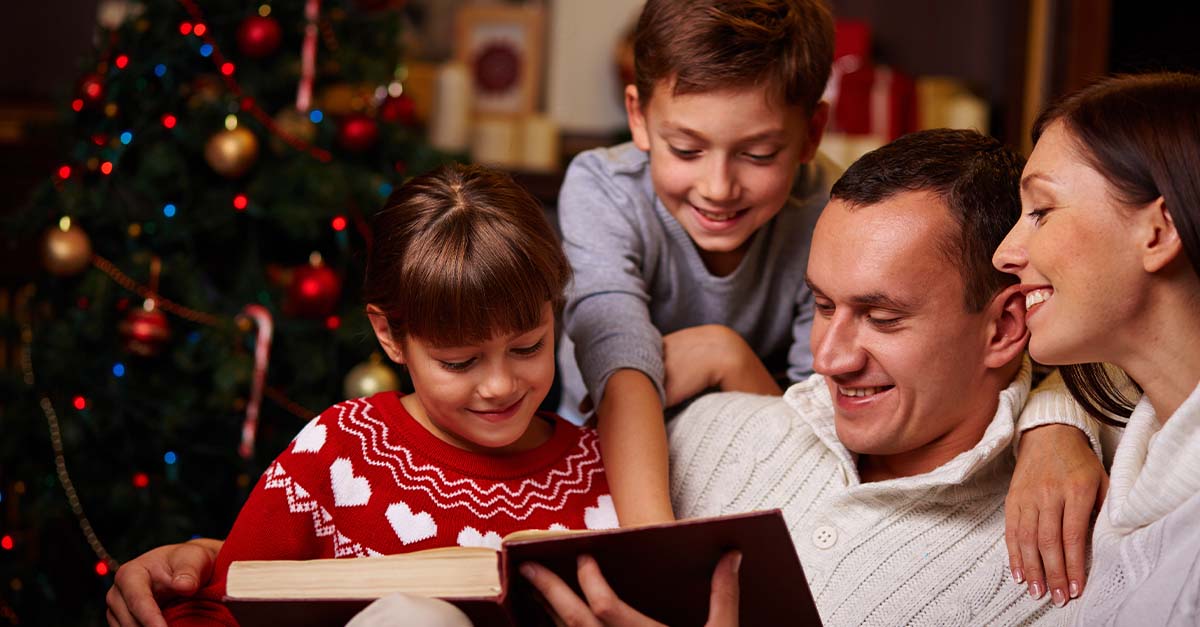 Christians: Never let the government stop you from celebrating Christmas

Across America, politicians are increasingly pushing authoritarian COVID-19 vaccine mandates and refusing to lift, or reintroducing, mask mandates and other unnecessary measures. The COVID-Grinch himself, Dr. Fauci, cautioned that only the fully-vaccinated should gather to celebrate the birth of Christ. He said, “If you get vaccinated and your family’s vaccinated, you can feel good about enjoying a typical…Christmas with your family and close friends.”

Is this how Christians should approach Christmas? Waiting from permission from our politically-motivated government bureaucrats before celebrating the coming of our Lord and Savior Jesus Christ?  Should only those who have been vaccinated and boosted be allowed to “come and adore Him?”

Absolutely not. This Christmas, Christians, of all people, should forsake fear and joyfully gather together with family and friends.

The coming of Jesus Christ, God the Son Incarnate, to “save us all from Satan’s power, when we were gone astray” is the greatest antidote to manufactured fear the world has ever known. Joy isn’t an option in the Christian life, it is a command.  Our duty to be the Church and celebrate Christ in person supersedes whatever society or the government is telling us to do.

The reality is, Christmas is among the most special of celebrations because it’s a time to honor and reflect on Christ coming to earth so we could have peace with Him. Remember the great prophecy of Isaiah 9? It is a prophecy of a coming King who will rule over a perfect government, a government of peace, not fear.

“For to us a child is born, to us a son is given, and the government will be on his shoulders. And he will be called Wonderful Counselor, Mighty God, Everlasting Father, Prince of Peace. Of the greatness of his government and peace there will be no end.” –Isaiah 9:6-7

Or think back on that first Christmas—Mary and Joseph refused to be intimidated by difficult circumstances, including political ones surrounding the birth of Christ. Instead, they remained obedient to God’s calling on their lives.

The turbulent political conditions of Christ’s day weren’t sufficient to stop Mary and Joseph from celebrating Christmas. We know from historical accounts and from Scripture itself that what is now known as Israel was under the control of the oppressive Roman empire, and a decree was issued requiring everyone to “go to their own town to register.”

Despite a long and arduous journey, Joseph and Mary went up from Nazareth in Galilee to Bethlehem in Judea, because Joseph “belonged to the house and the family of King David.” While they were there, Scripture tells us that Mary gave birth to a son, who Luke tells us, “is the Messiah, The Lord.” Despite ultimately being pursued by King Herod who saw Christ as a threat to his power, Joseph and Mary never relented and did what they needed to do to escape the local government’s terrible actions, and never compromised or gave into fear.

No matter what governments choose to do or not do, we as the Church must be vigilant and celebrate the birth of Christ in person, with our families and loved ones, because His call on our lives commands us to do so.

Christmas is not just the oldest and noblest of holidays, but a celebration of the moment when God came, lived, dwelt, and walked among us, living a fully sinless life so we could have peace with Him. It’s also a time when families come together, reflect on everything that the year has brought, and celebrate the promise of what the upcoming year could bring.

Like many elements of our history, modern culture has sought to take the true meaning out of Christmas and has even sought to discourage people from gathering together to celebrate. Instead of families heading to church together on Christmas Eve, nowadays, we have “virtual church” and governments attempting to restrict what people are doing in their homes, and trying to divide them into classes based on whether or not they have received a Covid-19 vaccine.  Thankfully, a growing number of Americans are rejecting society’s push to remove Christ from Christmas. Let me encourage you to join the chorus of happy Christian dissidents who sing carols because Jesus Christ is King.

In localities across the country, oppressive vaccine mandates that are damaging the national economy by forcing employers to terminate employees who have rightful reasons to refuse a COVID-19 vaccine are taking effect in cities like Boston and New York City. The Supreme Court is also hearing challenges to the Biden Administration’s OSHA OTS rule, which would require the companies with 100 employees or more to require those employees to take a COVID-19 vaccine. These actions mirror other policies being implemented in Europe, which pose a massive threat to both individual liberty and the sacred ability of families and individuals to celebrate Christmas together, in-person, attending church, and recognizing Christ as Lord.

For people for whom it is a joy to celebrate the birth of Christ, these events are no surprise at all, because modern society has been trying to commercialize Christmas long before the COVID-19 pandemic began. According to a recent poll conducted by Farleigh Dickinson University, more Americans, including an uptick in Hispanic voters, believe that politicians and members of society are trying to remove Christian elements from the holiday and replace them with secular or non-religious elements. Also, the survey found a growing number of Hispanic Americans who identify as Christian or evangelical ascribing to the idea that society has been attempting to secularize Christmas, and the survey’s results also correlated with the growing number of Hispanics who have been voting Republican since 2020. Additionally, even some Democrats, such as Colorado Governor Jared Polis, have decided against implementing local mask mandates, leaving the choice to wear a mask or to get a vaccine up to local officials or to the individual.

So, this Christmas, don’t succumb to Christ-less commercialization or subscribe to those using COVID-19 to push an opportunistic message of fear, and the pitting of people against each other on the basis of whether or not they are vaccinated. The person of Christ and the celebration of His coming to the earth to bring peace between God and His people is something that far supersedes the cudgeling of false science and cultural paranoia used to keep people at home and living in fear. Just as Mary and Joseph refused to let anything come between them and the fulfillment of God’s calling on their lives, we as the Church must set a model for the rest of the world by fulfilling God’s commandment for us to honor Him by gathering in-person this Christmas, including celebrating with one another at church on Christmas Eve. In doing so, we are remembering that Christ’s calling for us to follow Him goes far beyond endless worrying about a virus that, for the overwhelming majority of Americans, isn’t significantly deadly.

So, this Christmas, gather and feast with family and friends on Saturday, and then go worship the King on Sunday at church. And don’t for one second let the government tell you that you can’t. Who was it born in that manger? Christ the Lord. Christians, of all people, at Christmas, of all times, must remember that and celebrate accordingly!

Editor’s Note: The Standing for Freedom Center takes no official position on the COVID-19 vaccination. Our position is simply freedom. We do not encourage people to take the vaccine nor do we discourage people from receiving the vaccine as we believe that is a personal choice to be made individually based on personal health, research, and individual liberty. Any opposition that our articles show towards the vaccine conversation is about the mandates, not the vaccine itself. We oppose government overreach, no matter the variable. 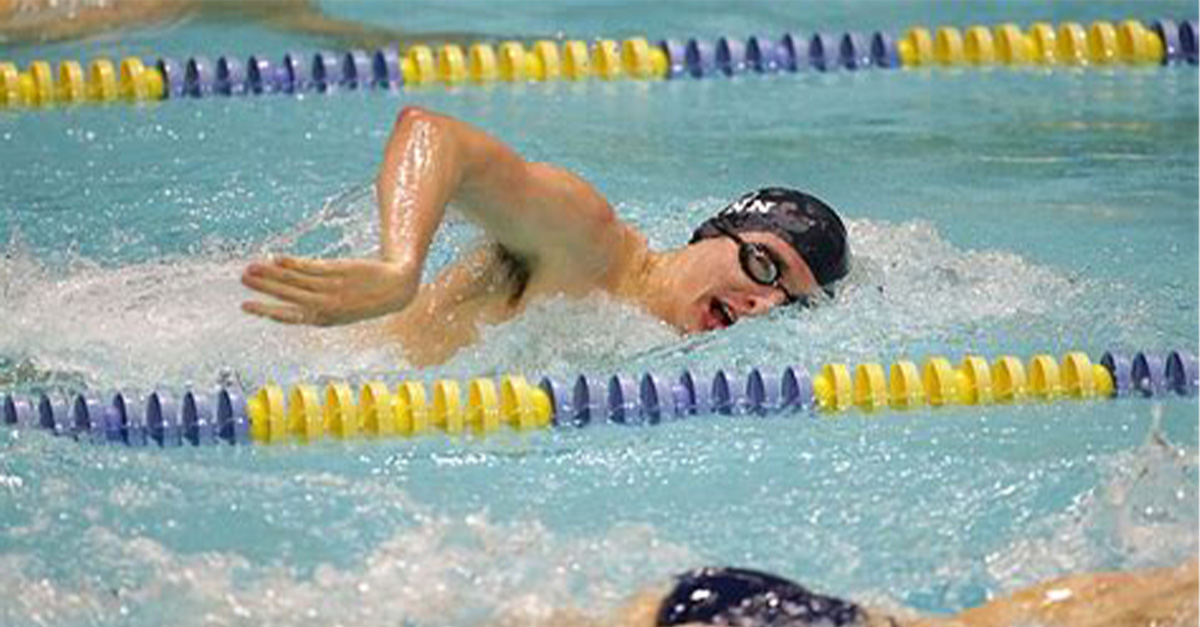