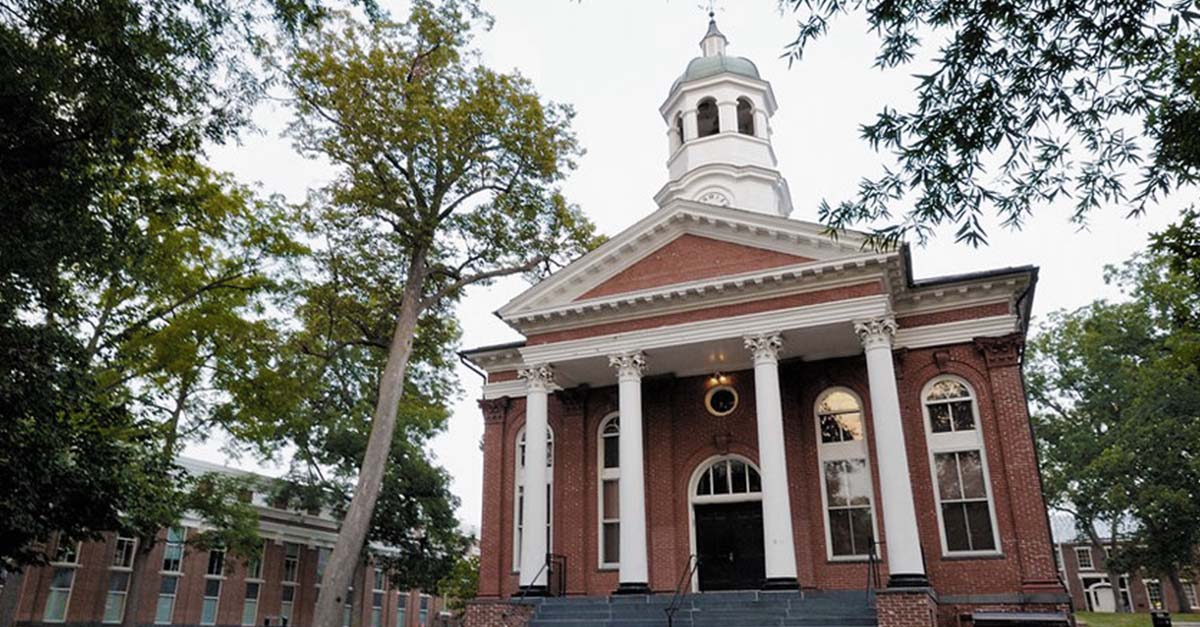 Loudoun County school policy forcing the use of preferred pronouns has been challenged, judge appears to favor an overturn

A Loudoun County school policy requiring teachers to address students by their preferred pronouns has been challenged — and the judge seems to be favoring an overturn.

On November 15, a motion for a preliminary injunction was requested to halt a policy that required teachers and staff in Loudoun County public schools to adapt how they address students based on their preferred pronouns. The two-and-a-half-hour hearing was centered on Policy 8040, a rule that has been the center of dramatic school board meetings and parent-board clashes. Hours before the motion was requested, a settlement was reached that would ensure no retaliation would be shown towards Cross for speaking out against Policy 8040.

Policy 8040, or “Rights of Transgender and Gender-Expansive Students,” was passed by the Loudoun County School Board on August 11, 2021, in a 7-2 vote. The policy’s main objective is to instruct school staff on how they “shall” address their students based on their desired pronouns:

“LCPS staff shall allow gender-expansive or transgender students to use their chosen name and gender pronouns that reflect their consistently asserted gender identity without any substantiating evidence, regardless of the name and gender recorded in the student’s permanent educational record. School staff shall, at the request of a student or parent/legal guardian, when using a name or pronoun to address the student, use the name and pronoun that correspond to their consistently asserted gender identity.”

Stacey Haney of Haney Phinyowattanachip is representing the defendant, Loudoun County School Board.

What are the positions?

Bottom line: In Tanner Cross vs. Loudoun County School Board the plaintiff is arguing that Policy 8040 violates both the United States Constitution and the state of Virginia’s constitution. The defendant is arguing that the policy is not protected speech since it falls within the duties of a school board-established policy.

Throughout the court hearing on November 15, Haney’s arguments were consistently challenged by Judge Plowman. Plowman’s resistance mainly rested on the idea that the policy compels speech from school officials and contains no justification for the state interest that would be necessary to render speech unprotected.

Among Haney’s primary points was her position that Policy 8040 involves “curricular speech,” which is generally explained as speech that is directly connected to the curriculum or curricular duties. Haney argued that a science teacher who is also a Christian must teach evolution at a public school that includes evolution as part of their curriculum. Thus, she argued, since the school board has passed a policy requiring teachers to adapt to their students’ preferred pronouns, this policy is curricular speech.

In response, ADF counsel Ryan Bangert argued that this description of curricular speech was far too broad and that such loose parameters could ultimately result in a teacher being forced to use preferred pronouns, outside of their belief, in non-school settings. Bangert also emphasized that his clients were not intentionally trying to violate any policy but rather to accommodate students by not using pronouns at all, so as to not offend the students but also to not violate the teacher’s individual consciences. Bangert recognized that such accommodations are challenging and distracting to their clients’ everyday responsibilities in the classroom.

Throughout the hearing, religious liberty and the violation of it was constantly alluded to. In response, Haney argued that nowhere in the policy does it force any school officials to change what they believe. But Plowman, appearing taken aback, said that this is exactly what the policy does when it requires officials to verbally declare a position that goes against what they believe.

Judge Plowman also pushed back on the policy, arguing that its vague language established no standard by which pronouns would be limited, thus creating an infinite list of pronouns, even those not formally recognized, noting that he had not even heard of some of the pronouns on a list that was presented in the hearing.

Statements from the Plaintiffs, Counsel

“I cannot lie to a child but that is exactly what the policy requires me to do. So today we ask the court to halt this policy because it forces me to say things that are both untrue and harmful to my students.”
–Tanner Cross

“Policy 8040 violates my faith, my obligation to teach evidence-based truth, and my commitment to provide the very best to my students.”
–Monica Gill

“Schools have a tremendous responsibility to enact policies that are factual and that are evidenced-based. Policy 8040 flunks this test by ignoring the fact that most students who struggle with their gender identity will not feel that way permanently.”
–Kimberly Wright

“Policy 8040 harms the very students it claims to protect and deprives all teachers and school officials of the ability to live according to their conscience… Teachers owe it to their students to teach what is consistent with science and reality… Policy 8040 gives the Loudoun County Superintendent the power to silence and punish teachers because of their views about sex and gender. That’s illegal, and it discriminates against certain teachers based on their viewpoint.”
–Tyson Langhofer, senior counsel and the director for the Center for Academic Freedom with Alliance Defending Freedom, which is representing the three educators

Judge Plowman said that his decision on whether to grant the injunction will be made in the coming weeks, likely between Thanksgiving and Christmas.

Background on the story

In May, Loudoun County School District was considering a policy that would require teachers to use the preferred pronouns of transgender students. At a school board meeting, gym teacher Tanner Cross voiced his opposition to the policy. He said,

“It is not my intention to hurt anyone. But there are certain truths that we must face when ready. We condemn school policies like 8040 and 8035 because it will damage children, defile the holy image of God. I love all of my students, but I will never lie to them regardless of the consequences. I’m a teacher, but I serve God first. And I will not affirm that a biological boy can be a girl and vice versa because it is against my religion. It’s lying to a child. It’s abuse to a child. And it’s sinning against our God.”

The school district responded by suspending Cross. He filed suit in return.

A circuit court judge in Loudoun County ordered the reinstatement of Cross, but the school district appealed. The Virginia Supreme Court agreed with the lower court, saying,

“The Defendants identify no case in which such a nominal, actual or expected disturbance justified restricting speech as constitutionally valued as Cross’ nor have they attempted to explain why immediate suspension and restricted access to further Board meetings was the proportional or rational response to addressing the concerns of so few parents.”

After the school district adopted the transgender policy, two other Loudoun County teachers, Monica Gill, and Kim Wright, joined Cross in his lawsuit to block it. The teachers are represented by Alliance Defending Freedom (ADF). ADF Senior Counsel Tyson Langhofer said, “Teachers shouldn’t be forced to promote ideologies that are harmful to their students and that they believe are false, nor should they be silenced for commenting at a public meeting.”

“The lower court’s decision was a well-reasoned application of the facts to clearly established law, as the Virginia Supreme Court found. But because Loudoun County Public Schools is now requiring all teachers and students to deny truths about what it means to be male and female and compelling them to call students by their chosen pronouns or face punishment, we have moved to amend our lawsuit to challenge that policy on behalf of multiple faculty members. Public employees cannot be forced to contradict their core beliefs just to keep a job.” 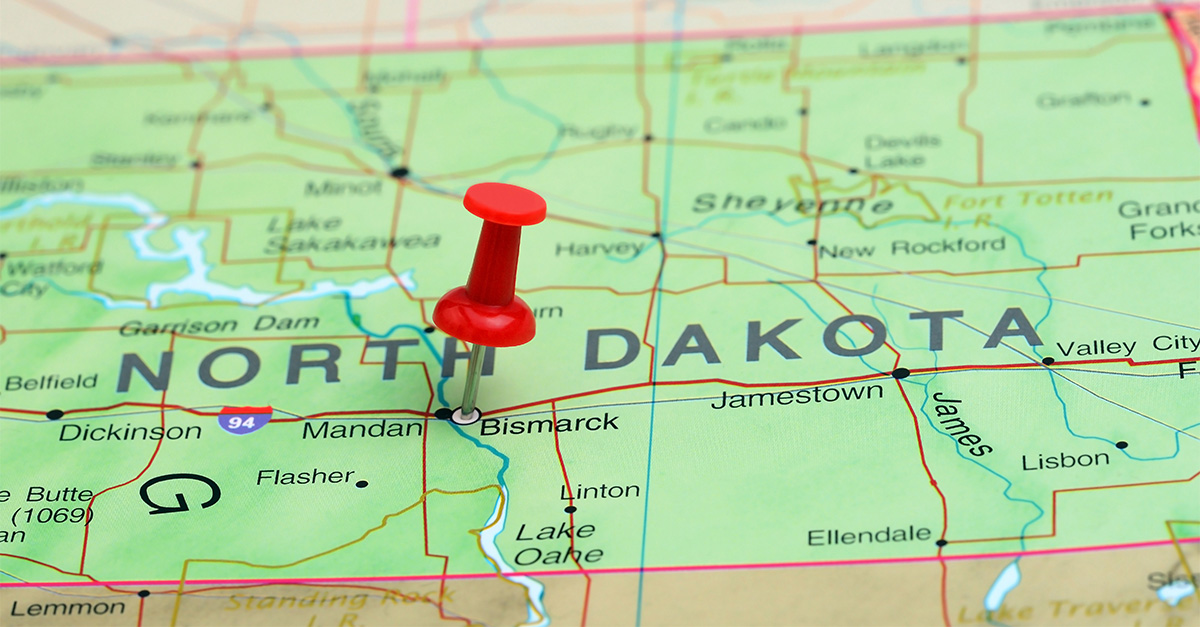