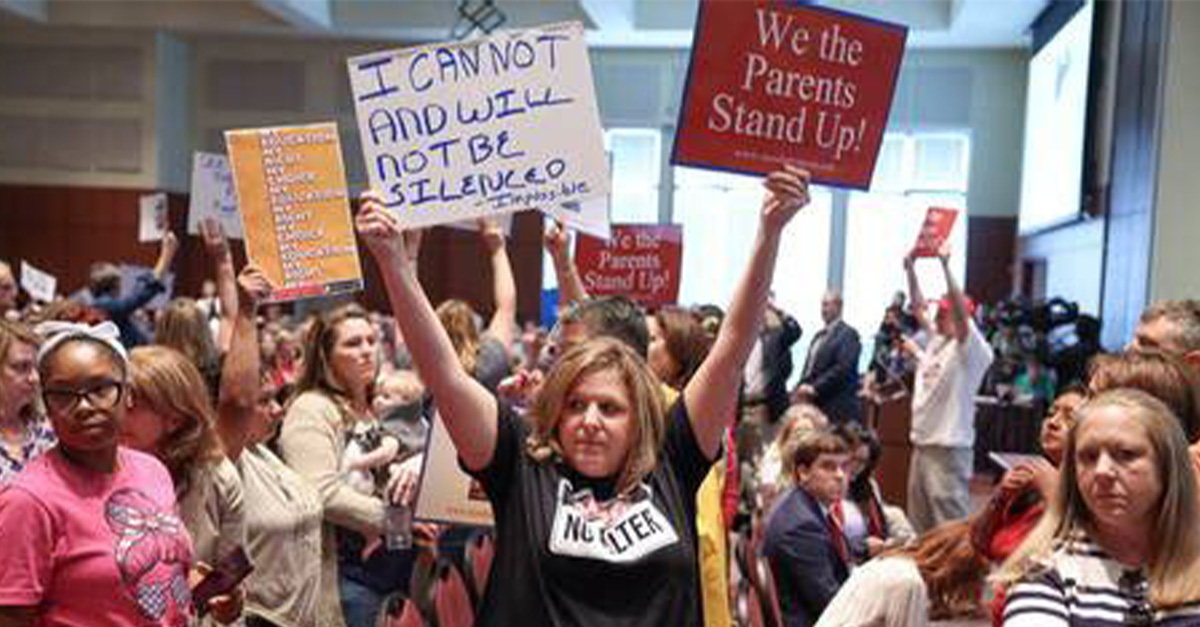 Despite claims that parents’ concerns over topics being taught to their children in school such as Critical Race Theory (CRT) and intersectionality are unwarranted or even fake, a recent survey finds that a large majority of Americans do not agree.

Recently, President Barack Obama claimed that parental agitation over issues such as transgenderism and CRT in schools was “phony trumped-up culture wars” and “fake outrage.”

According to a new Rasmussen Reports poll, Americans disagree. The polling group asked 1,000 people to answer: How concerned are you that public schools may be promoting controversial beliefs and attitudes? The answer was conclusive as 76 percent said they were concerned, including 58 percent who said they were very concerned.

Respondents were united across political lines, with 66 percent of Democrats and 90 percent of Republicans showing concern.

When asked: Should parents be concerned about transgenderism and Critical Race Theory in public schools, or are these basically phony issues? Only 27 percent agreed with Obama that the issues were phony, while 16 percent were unsure.

The claim that outrage over CRT is manufactured is not unique. Many have claimed that CRT is not being taught in schools. NBC’s Chuck Todd said, “Let’s take this so-called controversy over critical race theory. And I say ‘so-called controversy’ because it’s sort of — it’s a creation… It’s a faux controversy that’s being ginned up. And I guess it just gets attention. It keeps people watching or it keeps people clicking or, you know, all of that. That’s the concern.”

Despite what politicians and media figures want parents to believe, these controversial ideologies are being taught in schools. Journalist Christopher Rufo has been investigating this issue for some time. He reports that the teaching of Critical Race Theory — as well as gender ideology, anti-Americanism, and other divisive ideas that undermine both families and civil society — is prevalent in school districts across the country. He has lesson plans, PowerPoint presentations, official school guidance documents, and insider information to prove it.

For example, in Portland, Oregon, Rufo found that students are “not only subjected to a critical race theory curriculum, but trained to develop their so-called ‘white identity’ and are taught about racial justice in the terms of ‘revolution and/or resistance’ — which sometimes culminates in students participating in violent protests.” He found similar curriculum being taught in K-12 school districts in blue and even red states, including Cupertino, California, Springfield, Missouri, New York City, and Loudoun County, Virginia.

In the meantime, though, the media and radical activists are mocking and gaslighting parents — and the Justice Department is even threatening them — in order to keep them from being involved in their childrens’ schools and learning the political indoctrination that is being taught there. It’s shameful, to say the least.

Fortunately, parents aren’t stupid, and they have figured out the game. They recognize that they have the constitutional and God-given right to stand up and call out schools that teach radical and harmful ideologies, and they have an absolute say in what their children should and should not be learning in public schools. After all, they’re the ones actually paying the salaries of teachers, administrators, and school board members. It’s time that schools learn that they are accountable to parents — and not the other way around.