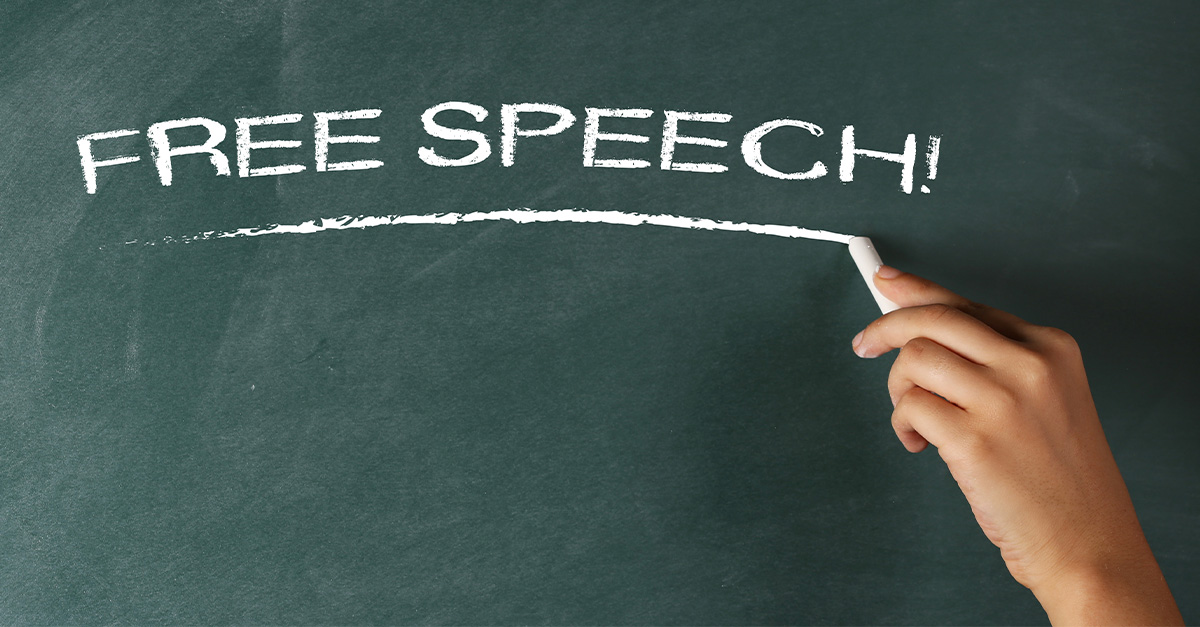 As American culture, media, and education becomes more divided, the Philadelphia Statement on Civil Discourse and the Strengthening of Liberal Democracy is calling for an end to cancel culture and ideological blacklisting by encouraging institutions and citizens to recommit to the principles of free speech.

“Social Media mobs. Cancel culture. Campus speech policing. These are all part of life in today’s America. Freedom of expression is in crisis,” the statement begins. It was drafted by “thinkers, scholars, and practitioners” who seek to stop the demonization of others for their views. “If we seek a brighter future, we must relearn a fundamental truth: Our liberty and our happiness depend upon the maintenance of a public culture in which freedom and civility coexist—where people can disagree robustly, even fiercely, yet treat each other as human beings—and, indeed, as fellow citizens—not mortal enemies.”

The effort, which is championed by Alliance Defending Freedom, was launched in August and has since garnered over 30,000 signatures. These include Seth Dillon, CEO of The Babylon Bee; Dr. Murray S. Y. Bessette, director of academic programs for the Victims of Communism Memorial Foundation; Rabbi Pesach Lerner, president of the Coalition for Jewish Values; Robert J. Lieber, professor emeritus of government & international affairs at Georgetown University; Ayaan Hirsi Ali, research fellow at the Hoover Institution; Rev. Dean Nelson, chairman of the Frederick Douglass Foundation; Dr. Stanley Kurtz, senior fellow for the Ethics and Public Policy Center; Elise Westhoff, president and CEO of The Philanthropy Roundtable; Robert P. George, professor of jurisprudence at Princeton University; and Robert Shibley, executive director of the Foundation for Individual Rights in Education.

The Statement and its signatories call for a recommitment to the principles of freedom, most especially the principle of free expression and healthy, respectful debate. The Statement explains, “A society that lacks comity and allows people to be shamed or intimidated into self-censorship of their ideas and considered judgments will not survive for long. As Americans, we desire a flourishing, open marketplace of ideas, knowing that it is the fairest and most effective way to separate falsehood from truth.”

The Statement goes on to criticize “hate speech” policies and safe spaces in colleges, which encourage groupthink. It cautions,

“Humanity has repeatedly tried expunging undesirable beliefs and ideas. What self-appointed speech arbiters, whether in the majority or in the minority, fail to grasp is that they will likely eventually become the targets. The winds inevitably shift, sometimes rapidly. The question is whether civility norms and free-speech safeguards will remain in place to protect them, or whether they will become victims of the dangerous precedents they themselves have established and advanced.”

The Philadelphia Statement argues correctly that the only way to a peaceful society is to allow free speech. Colleges, corporations, social media groups, and mobs of keyboard warriors have sought to eliminate supposed hate speech in the name of promoting tolerance for years now.

Where has that policy brought America? To an increasingly dark place with much less compassion and tolerance for our fellow citizens. The country is more divided now than it has likely been since the Civil War, and there is more hatred and violence between and within political factions, racial groups, and even neighborhoods than before this push for inclusion and tolerance began.

Freedom of speech is guaranteed in the Bill of Rights and is critical to the preservation of a free society. If government or any other group controls what people can say, then the nation is not free. Animosity towards opposing viewpoints is a pathway to tyranny. It is not the tolerant and kind citizen who needs to silence all other views, it is the totalitarian.

Hopefully as more people stand up in defense of freedom, the tides will turn back from cancel culture and censorship. If you want to help, you can sign the statement here.