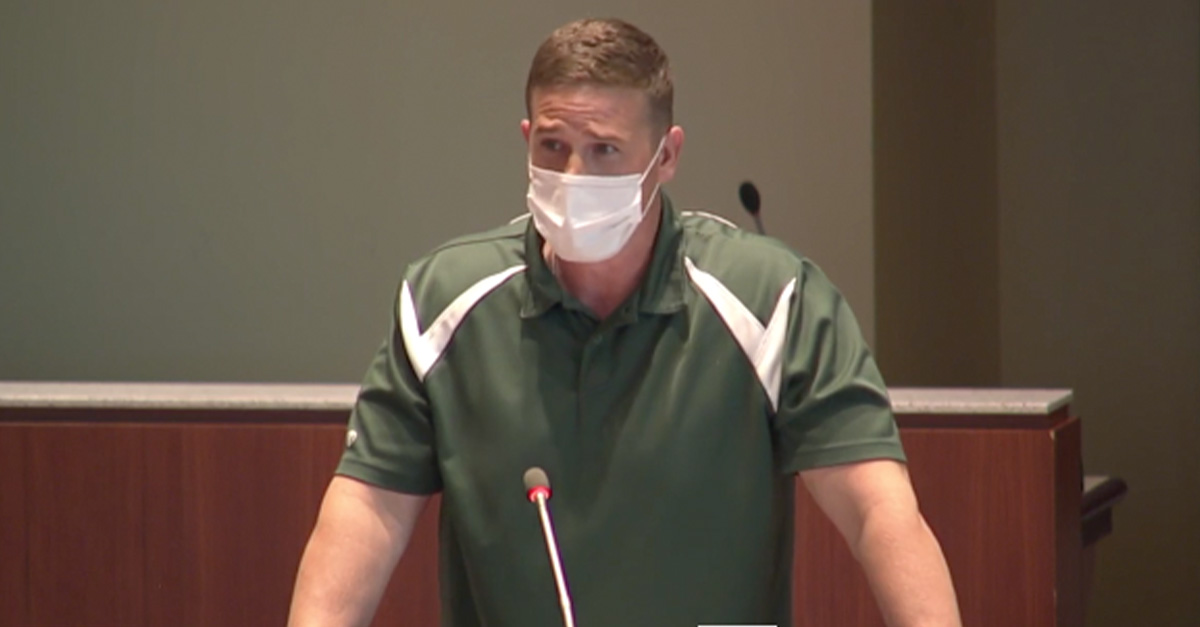 A circuit court judge in Loudoun County, Virginia, has granted a temporary injunction to and ordered the immediate reinstatement of Byron “Tanner” Cross, an elementary school teacher who was suspended in late May for speaking out during a school board meeting and condemning a proposed pronoun and gender policy.

The Loudoun County School Board is considering a new policy that would allow “gender-expansive” or transgender students to use their chosen name and gender pronouns that reflect their gender identity without any substantiating evidence and also require all teachers and staff to refer to students by a child’s preferred name, pronoun, and gender.

Cross, who teaches physical education at Leesburg Elementary School, denounced the proposed policy changes, noting that he was “speaking out of love” for students with gender dysphoria, but he also affirmed the scientific fact that there just two biological sexes and they cannot be changed.

“It is not my intention to hurt anyone, but there are certain truths that we must face when ready,” he explained, noting that the policy would “damage” students. “I love all of my students, but I will never lie to them regardless of the consequences. I’m a teacher, but I serve God first, and I will not affirm that a biological boy can be a girl and vice versa because it’s against my religion, it’s lying to a child, it’s abuse to a child, and it’s sinning against our God.”

His declaration lasted just 47 seconds, but that was enough for the school board to decide to suspend Cross from teaching his students, place him on administrative leave with pay, and take the extraordinary step of banning him from school property and from speaking as a private citizen before any future school board meetings.

Cross, who wasn’t even given an opportunity to say goodbye to his students, asked Alliance for Defending Freedom (ADF) to help him get his job back and defend his constitutional rights.

“Public schools have no business compelling teachers to express ideological beliefs that they don’t hold, nor do they have the right to suspend someone simply for respectfully providing their opinion at a public meeting,” said ADF Senior Counsel Tyson Langhofer. “The school district favors a certain set of beliefs on a hotly contested issue, and it wants to force Tanner to cry uncle and endorse them as well. That’s neither legal nor constitutional, and neither was the school’s move to place Tanner on leave.”

In his ruling, Judge James Plowman Jr. found that the school board’s actions were unconstitutional because Cross was speaking as a private citizen at a public venue on an issue of public concern and he also stated that Cross’s case would likely succeed on the merits. He further explained,

Loudoun County Public Schools, one of the most affluent school districts in the country, has been at the forefront of efforts to radically change how and what students are taught. In March, it led the effort to ban the use of Dr. Seuss books in the Reading Across America celebration and is now working to integrate critical race theory into the curriculum, despite the objections of many parents and teachers.

The school board had likely hoped that by retaliating so harshly, Cross would apologize and serve as a cautionary tale to others.  Instead, the elementary school teacher confounded their intent by speaking the unvarnished truth and standing firm.

And that truth is clear: As God so perfectly designed, there is only male and female and they are immutable. Some children do suffer from gender dysphoria and they deserve compassion, support, and psychological help. But just as no caring  parent or teacher would refer to a teenage girl suffering from anorexia, another type of dysphoria, as “fat” or encourage her to undergo liposuction or continue to starve herself until she is happy with what she sees on the scale or in the mirror, no one should indulge a child’s gender dysphoria by calling them by false pronouns or encouraging or allowing them to take cross-sex hormones that will damage them irreparably or hire a surgeon to mutilate their bodies. To do otherwise, as Cross accurately notes, is abusive, not compassionate.

But this isn’t really about children and gender. In case it is not yet clear, there is an attempted Marxist revolution underway in America. And like revolutionaries from other times and places, woke activists are simply sowing conflict and chaos by tricking, manipulating, and forcing people to accept, speak, and live out radical and irrational concepts that run completely counter to objective truth. This tactic of forcing people to live a lie works to demoralize them and degrade their innate sense of right and wrong. It leads us to succumb to, as political dissident Václav Havel described, a “profane trivialization of our inherent humanity.” Over time, it scandalizes and destroys the soul — of individuals and of entire countries.

The only way to push back on this attack and save our society is to clearly and boldly speak the truth, no matter the consequences, just as Tanner Cross did. Havel, a playwright who helped inspire Czechoslovakia to throw off the chains of communist rule, wrote in his book “The Power of the Powerless” about a greengrocer who one day decided to rebel against all the lies and to “live in truth.” In “breaking the rules of the game,” he wrote, the man managed to “expose it as a mere game.”

Havel could just as easily have been describing Tanner Cross and the current times we live in when he wrote,

“He has upset the power structure by tearing apart what holds it together. He has demonstrated that living a lie is living a lie…. He has enabled everyone to peer behind the curtain. He has shown everyone that it is possible to live within the truth. Living within the lie can constitute the system only if it is universal. The principle must embrace and permeate everything. There are no terms whatsoever on which it can coexist with living within the truth and therefore everyone who steps out of line denies it in principle and threatens it in its entirety.”

In other words, to defeat this aggressive Marxist movement afoot in America, we must, like Tanner Cross, be willing to pay the price by giving up the relative comfort and safety of accepting the lie for the dignity and freedom that we gain when we boldly speak the truth. 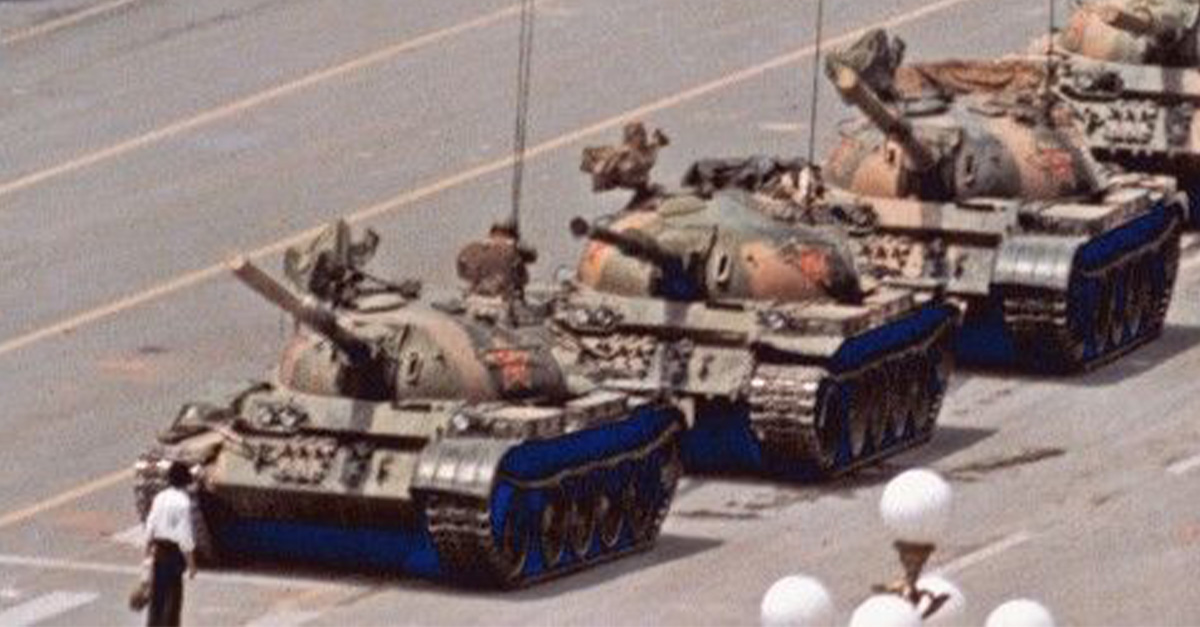